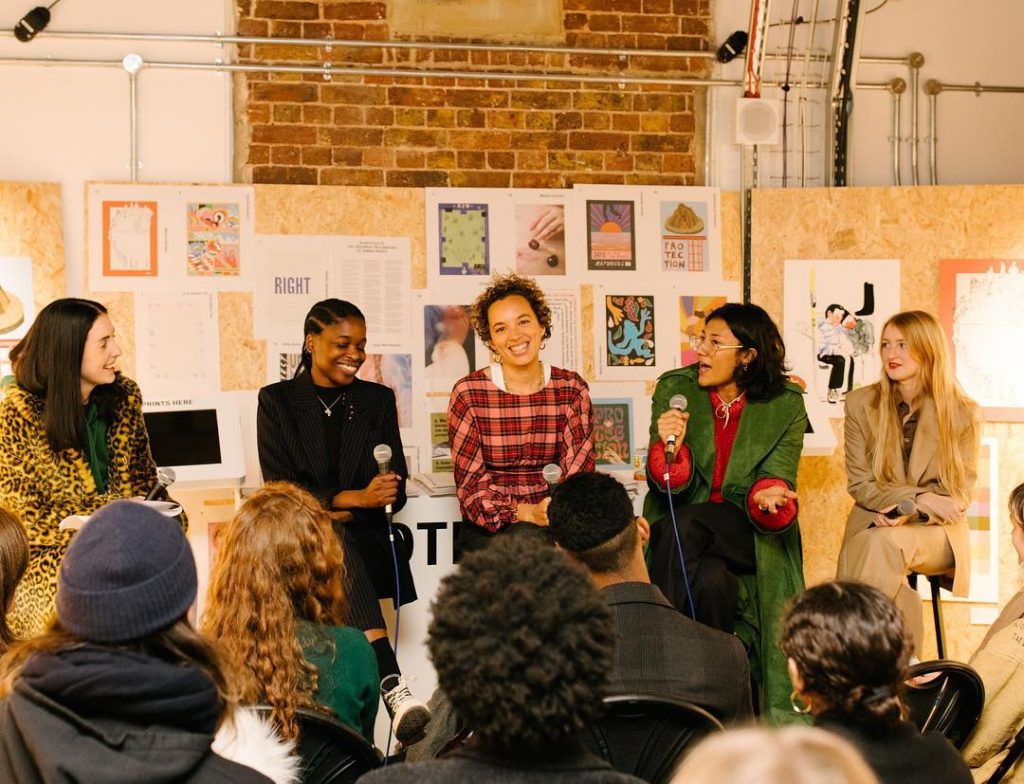 Since 2013, London-based Riposte magazine has championed “bold and fascinating women” from around the world. Earlier this month the Riposte team partnered with Amnesty UK and invited 30 female and non-binary artists—including feminist activists Guerilla Girls and Nathalie Du Pasquier of the Memphis Group—to create prints for an exhibition on the theme of “Protection”.

The exhibition opened on 10 December 2018, Human Rights Day, and Newspaper Club was thrilled to sponsor a publication, printed as a tabloid newspaper, to accompany show.

Below, Riposte editor Danielle Pender writes about the inspiration behind the exhibition and how newsprint allowed them to publish something that felt "immediate and reactive.” 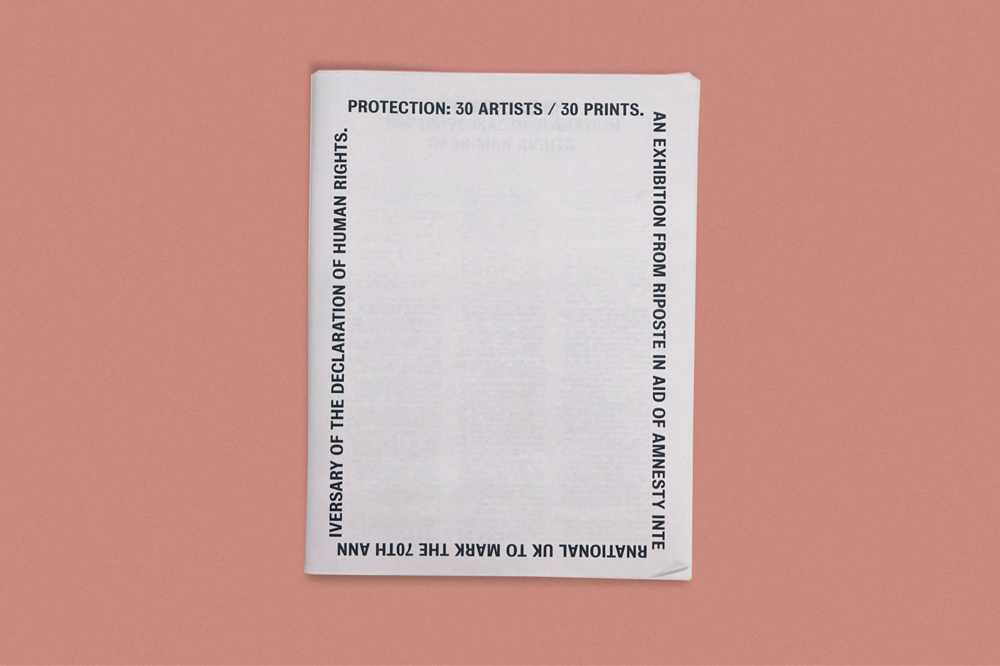 In 1948, following the atrocities of the Second World War, 50 member states of the United Nations came together to draft the Universal Declaration of Human Rights (UDHR)—a set of minimum standards for how people should be treated worldwide and the human rights they should be entitled to.

The UDHR is rooted in a desire for dignity, equality and fairness for all. It has been translated into over 300 languages and laid the foundation for the human rights protections that we have in the UK today. 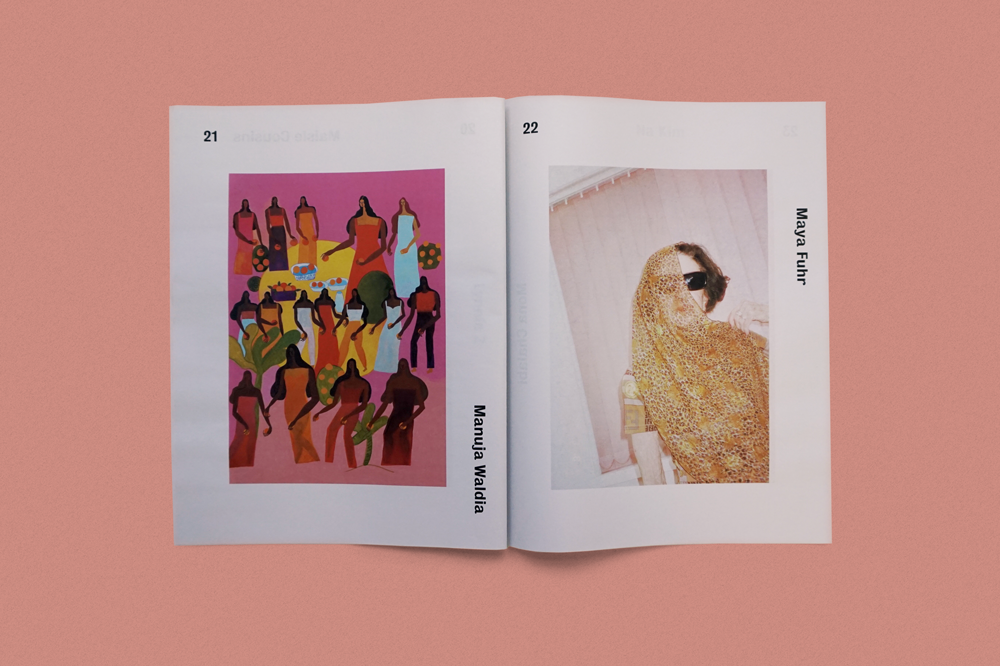 To mark the 70th anniversary of the UDHR, the team at Riposte partnered with Amnesty UK to curate an exhibition featuring the work of 30 artists each responding to the theme of “Protection”.

The exhibition ran at Coal Drops Yard in London from 10-16 December. The works all looked at protecting rights such as freedom of expression, women’s rights, the rights of LGBTQ+ people, the right to have access to education and healthcare or the right to seek asylum. 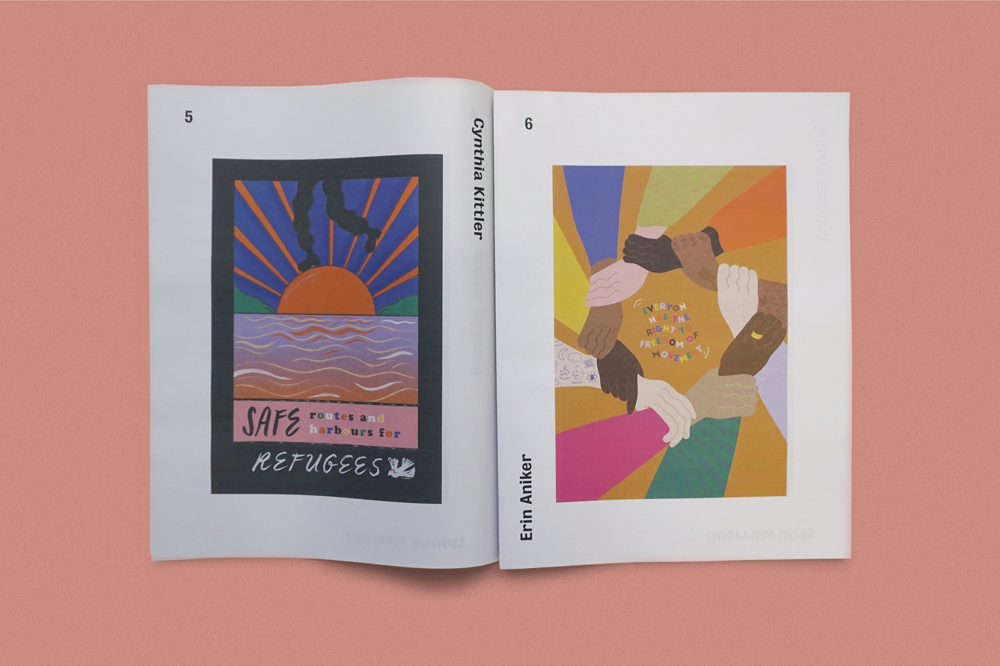 The artists were a global mix to reflect the myriad of ways that we’re all affected by the issues around human rights. We invited established artists and designers such as Guerrilla Girls, Nathalie du Pasquier and Esther Mahlangu to contribute alongside younger artists to explore the generational reaction to the issues covered in the declaration.

As part of the exhibition, we wanted to create a piece of print that would pull the whole project together and help tell the full story of the theme, the artists’ responses and the UDHR itself. We publish a bi-annual magazine so the thought of printing a newspaper was really exciting—creating something more immediate and reactive felt really freeing compared to the long process of making a bi-annual magazine. 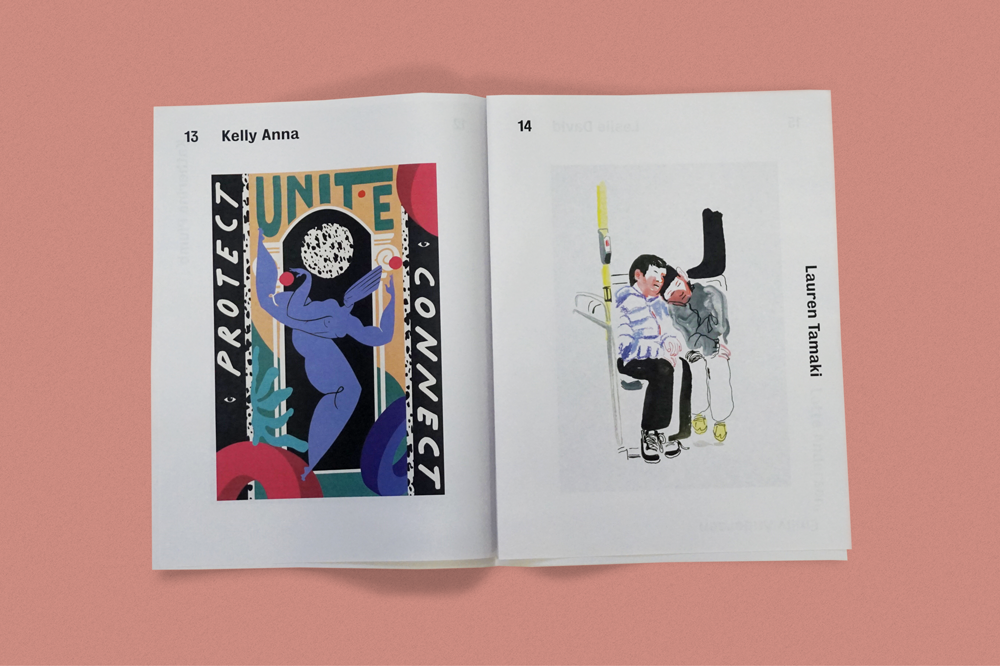 Far from feeling like a throwaway piece of print, the final 30-page newspaper we made with Newspaper Club had a quality feel. The artworks were all super vibrant pieces with important messages and the choice of print didn’t detract from any of the work—the colours still really popped and the details were crisp.

The newspaper was given away for free to visitors at the exhibition and sent out to all of the artists involved in the show. It’s been such a great addition to the project. 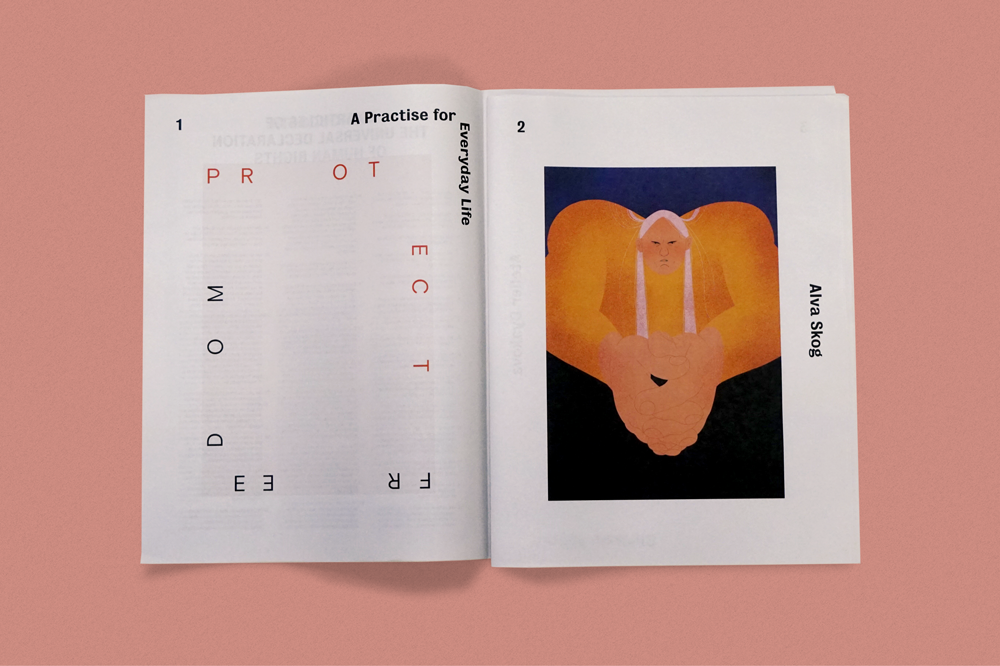 One exhibition or newspaper isn’t going to the change the world, but as Mona Chalabi, one of the artists in the exhibition, says, “When bigger groups coalesce around smaller ones, when we protest for the rights of minorities, everyone is better protected.”

So, let’s come together, protect each other and make our voices heard in any way we can. 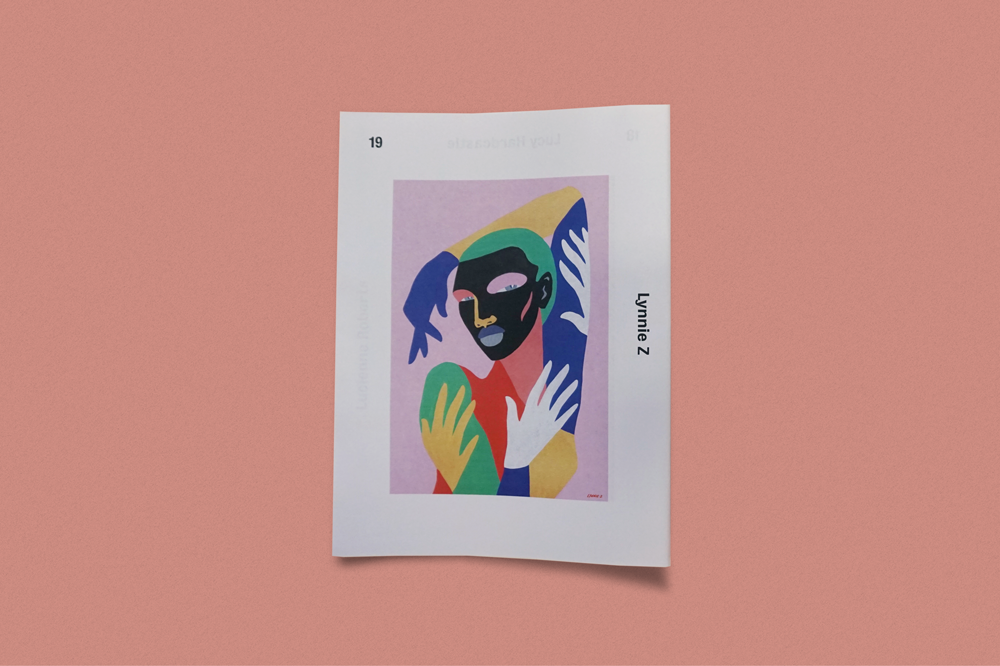 Photo at the top of this post by Luke Fullalove.

Print your own newspaper with Newspaper Club. ️️ ️