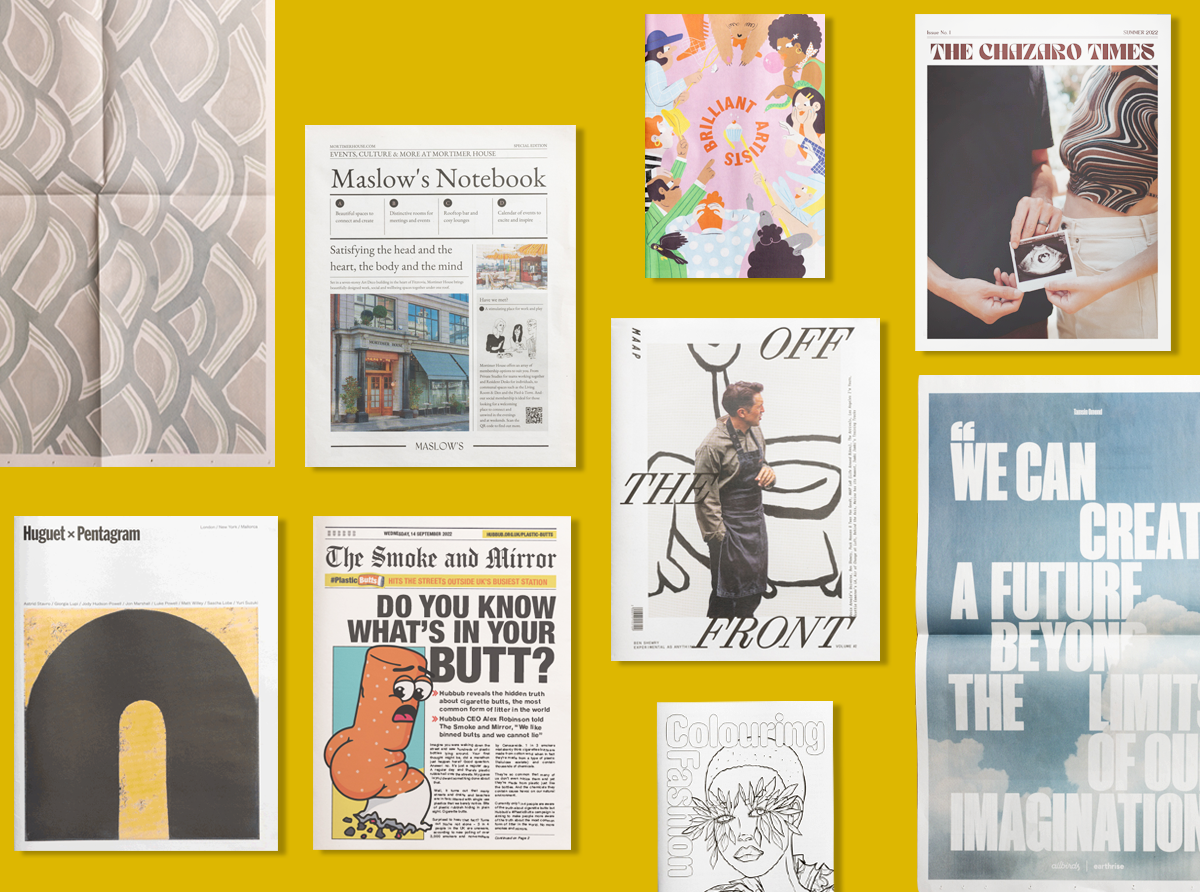 Every month, we put together a roundup to show all the creative ways our customers use newspapers. In this edition: a stylish new cycling publication, a cheeky campaign against litter and a colouring book celebrating diversity in the fashion industry. Plus more! Keep scrolling to see what's hot off the press in November.

Allrise is a limited-edition newspaper from Allbirds and Earthrise, a creative studio dedicated to communicating the climate crisis. The traditional tabloid features interviews with members of the Allbirds Allgood Collective, who discuss using storytelling, imagination and creativity in their mission to protect the planet.

“We chose a newspaper to encourage readers to take some time away from the digital world,” says Laura Innes-Hopkins of Allbirds. “Community and collaboration are everything when it comes to solving the climate crisis and Allrise is an embodiment of that." 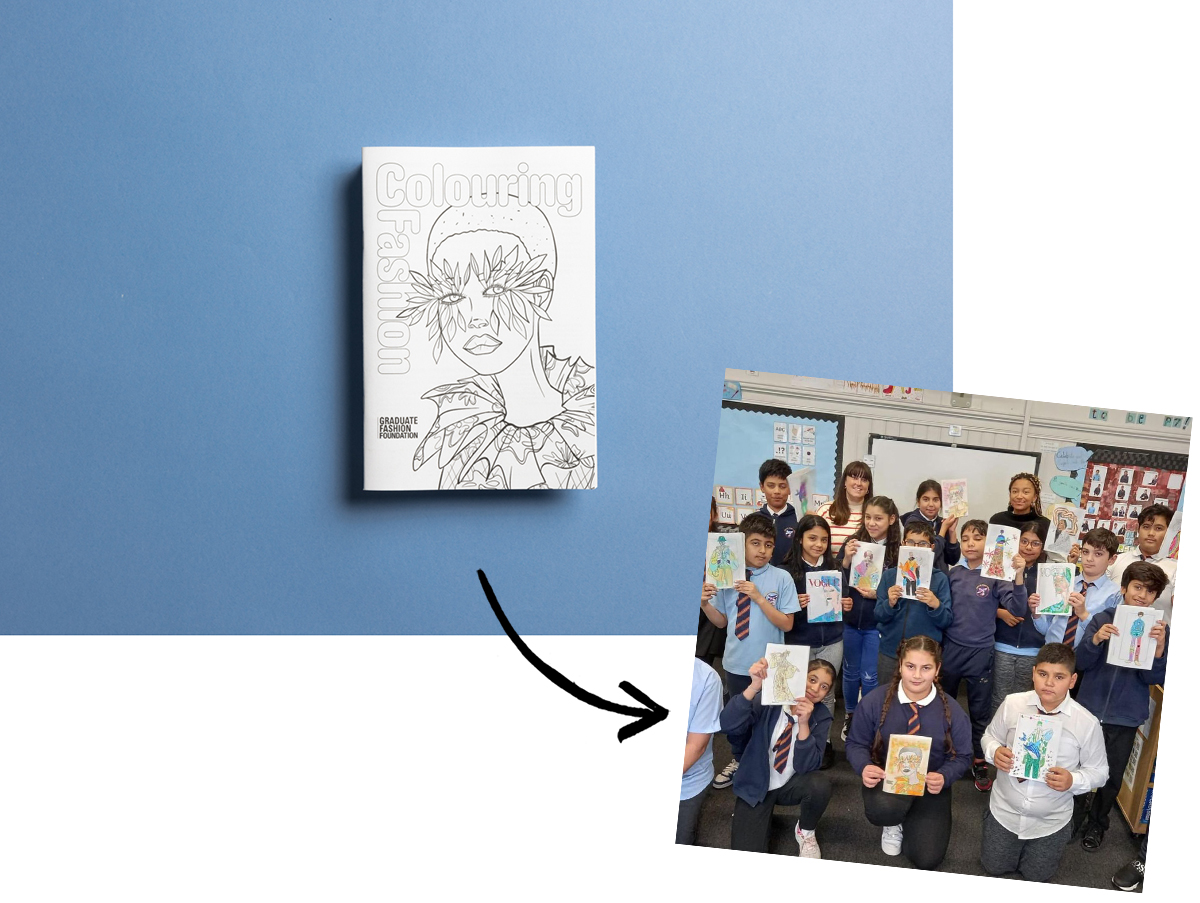 Created by the Graduate Fashion Foundation, in partnership with the Fashion Minority Alliance, this colouring book contains 22 illustrations of creative icons of the industry including Edward Enninful, Priya Ahulwalia, Rei Kawakubo, Grace Wales Bonner and more. The traditional mini, which was illustrated by Joy Julius with text by India Gill, was launched in 100 schools across the UK this autumn “to encourage a richly diverse future of the fashion industry.”

Seven partners from Pentagram joined forces with designer Astrid Stavro and Spanish tile and terrazzo producer Huguet to create a collection of unexpected objects for this year’s London Design Festival. This 56-page traditional tabloid is a record of the results, which ranged from tiles that gently shimmer in the dark to a coffee table with millions of different combinations. 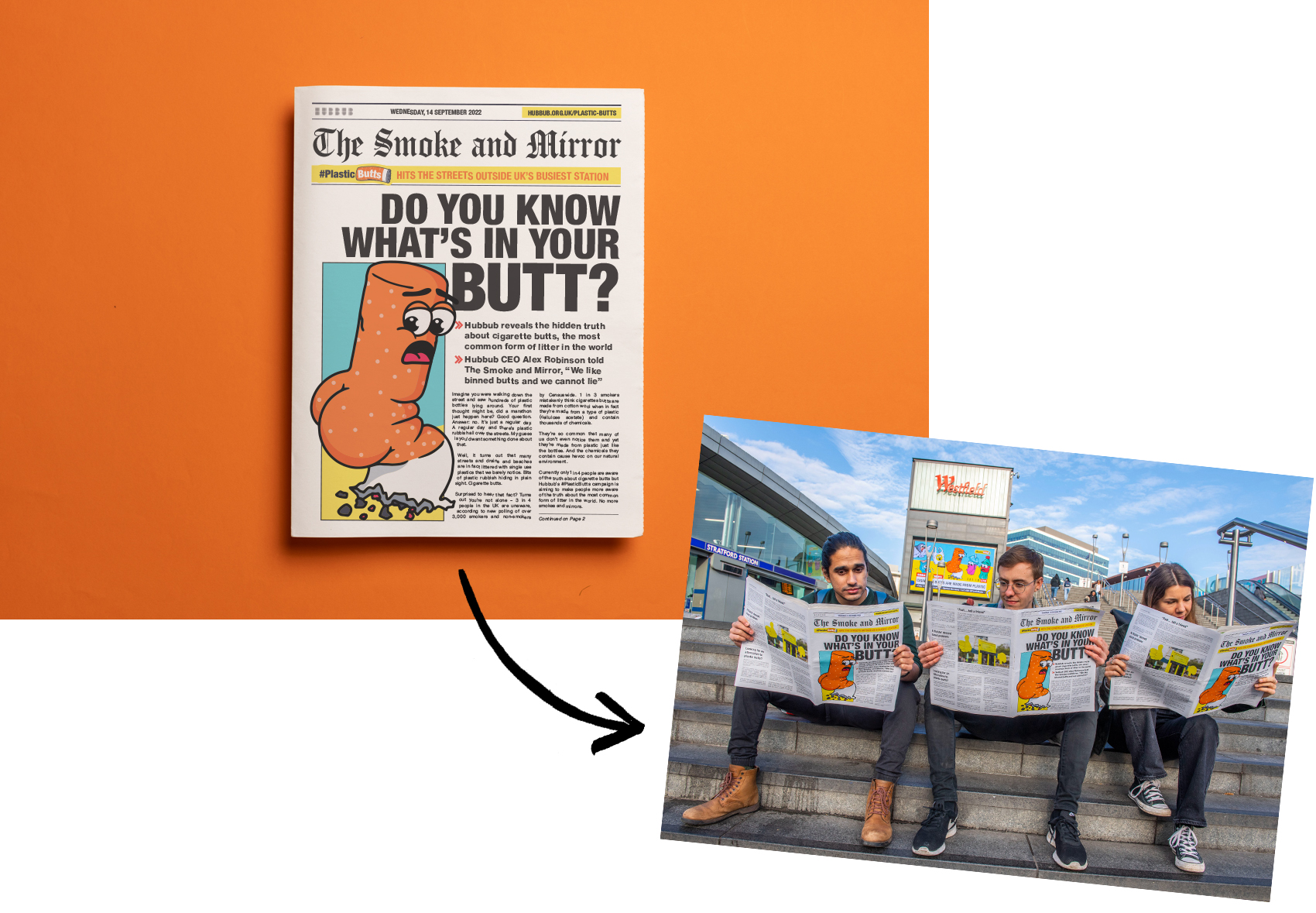 No ifs, ands or butts

Nonprofit Hubbub is tackling the problem of cigarette litter with a cheeky newspaper headline: “Do you know what’s in your butt?” Teaming up with Newham Council, they took over the street surrounding Stratford Station – the busiest train station in the UK – and distributed copies of The Smoke and Mirror, printed on our digital tabloids. The newspaper raises awareness of Hubbub’s #PlasticButts campaign and tells readers how they can get involved to fight the most common form of litter in the world. Cover illustration by Yee Poon.

Off The Front is a new publication from cycling brand MAAP that celebrates the people, places and designs that are propelling cycling into the future. “The tabloid is a striking format and very tactile,” say designers Matthew White and Misha Glisovic. “The feel of the paper in your hands, the noise it makes when you turn a page, the awkward fold when you pop it under your arm or in your bag.” The feedback has been “nothing but overwhelmingly positive,” they add. To quote one happy reader: “Gives the morning coffee a whole new energy!”

Illustration agency Brilliant Artists showcases their talented roster of artists - who work with the likes of Apple, The New Yorker and Penguin Random House – in this digital mini zine. Founders Hannah Shilland and Sam Walker wanted to send clients something “simple but eye-catching” that would let their artists’ work do the talking.

Our smallest newspaper format is a good fit for their compact agency. “We really like the laidback and approachable quality,” say Hannah and Sam. “The feedback has been great. We've had a lot of people requesting a zine and since the initial send-out we’ve already booked several meetings!”

There’s lots happening at London member’s club Mortimer House, and you can read all about it in their new newspaper. It’s called Maslow's Notebook, a reference to psychologist Abraham Maslow's theory of human motivation and happiness. As well as a calendar of events, the digital tabloid features interviews with members – like journalist Dana Thomas and style expert Simon Crompton – on the art of living well.

“The newspaper is part of a broader refocus of our communications strategy and the response has been very encouraging,” says marketing manager Benjamin Rylan. “It’s a pleasure to watch visitors at Mortimer House pick up the newspaper and read it by the fire.” 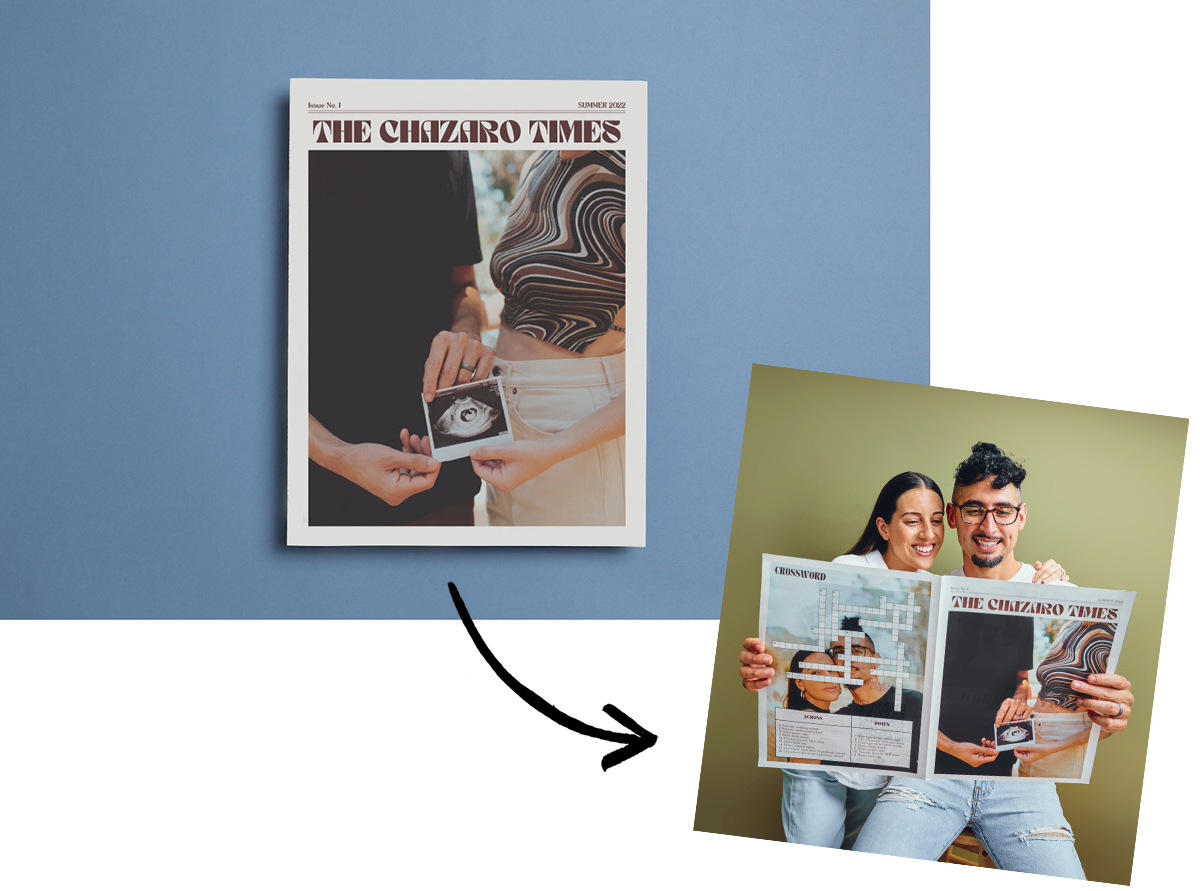 Parents-to-be Briana and Alan Chazaro made headlines with their recent baby announcement. “I’d wanted to try Newspaper Club for some time,” says Briana. “So when we got the news I thought, ‘What better way to share than with a newspaper?’”

They printed 30 copies of this 4-page digital tabloid, which includes photos from the couple’s shoot with photographer Hellena Cedeno, a QR code for “baby’s first playlist” and a custom crossword puzzle. (And it was all designed with Canva – check out our free Canva templates!) 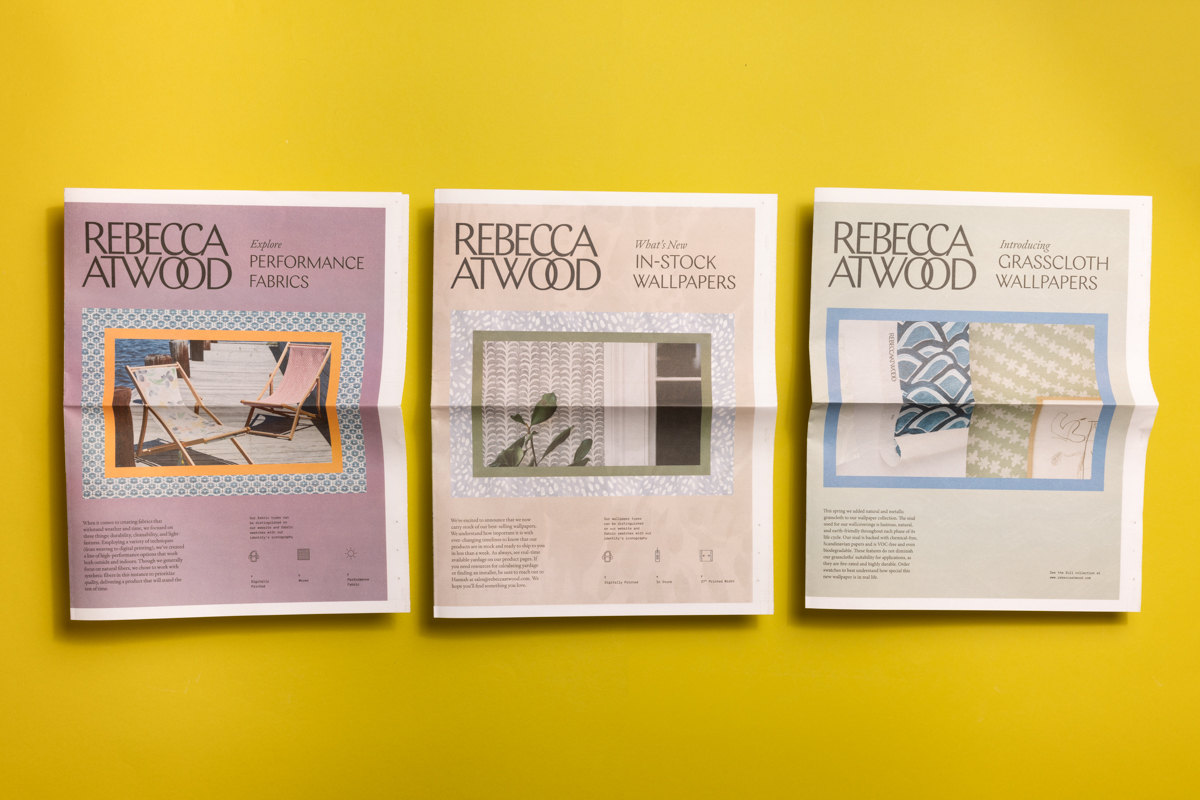 When home brand Rebecca Atwood sends out textile and wallpaper sample swatches, they also tuck in a surprise newspaper. The 4-page traditional tabloid folds out into a poster of one of the brand’s distinctive patterns, to be hung on the wall or added to a mood board: 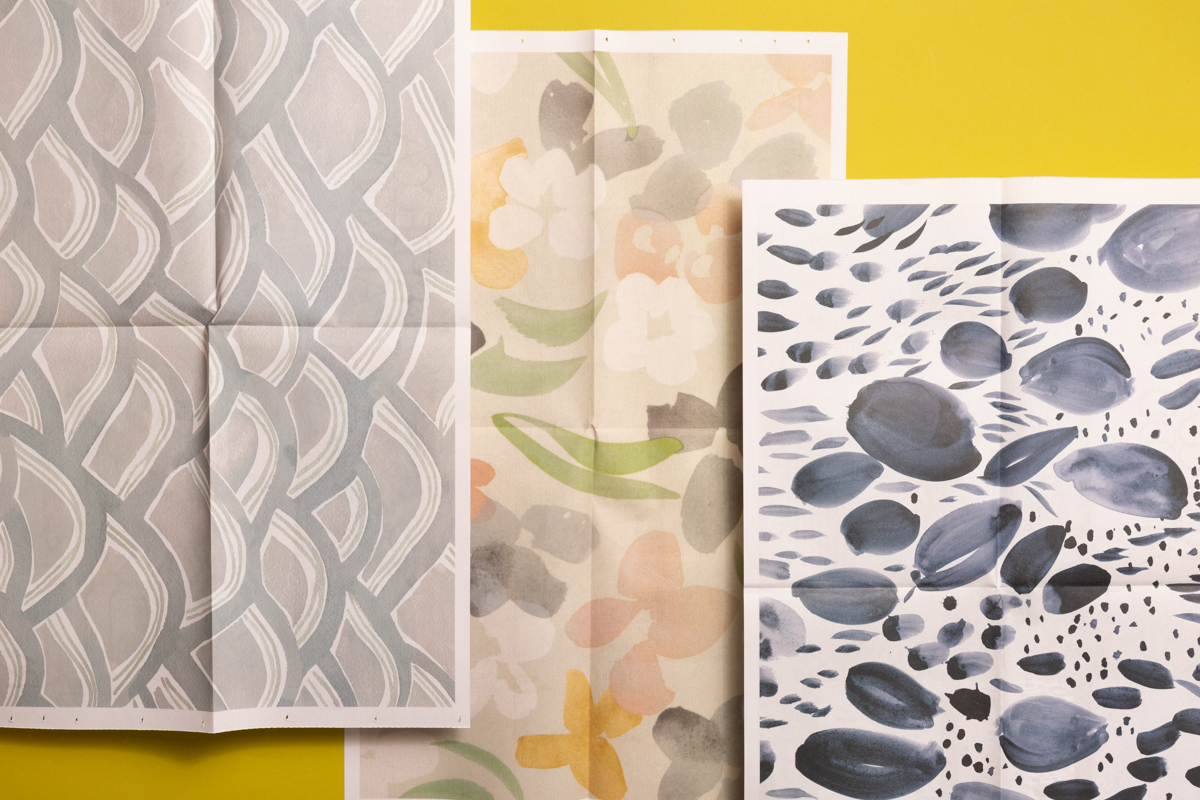 “Our readers love seeing the beautiful imagery in these newspapers,” says designer Sydney Hubert. In addition to the newspaper swatches, Rebecca Atwood also sends out a longer quarterly newspaper featuring interviews and a behind-the-scenes look at the business. It’s an extra touch that shows they go “one step above” in everything they do, says Sydney. 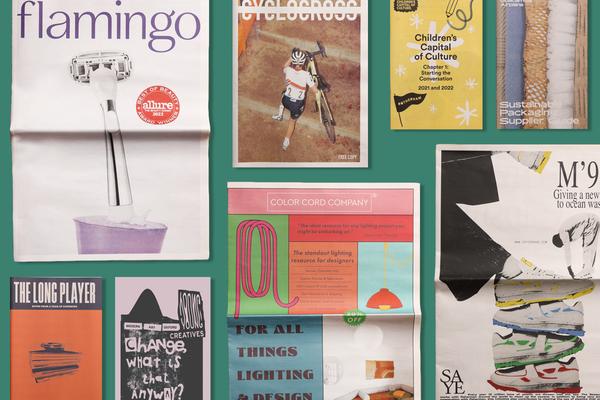 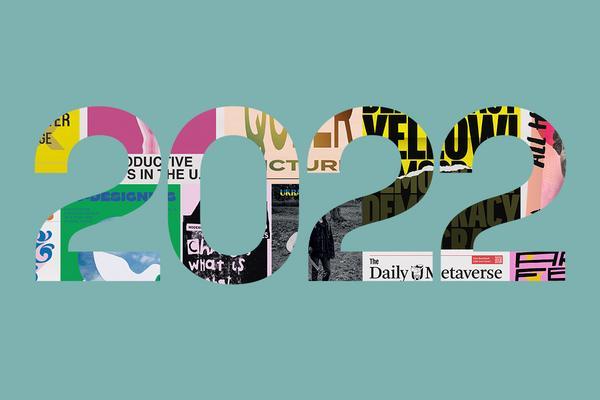 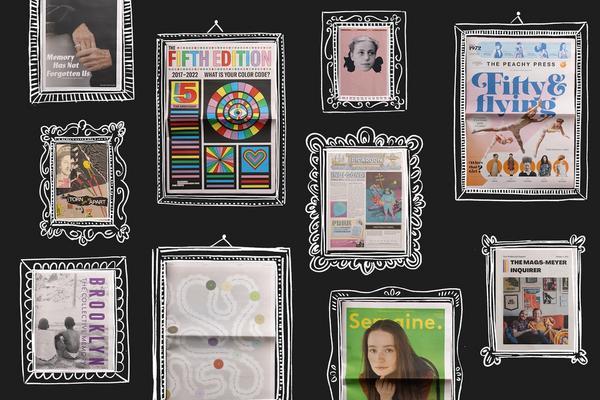