8 inspiring newspapers hot off the press 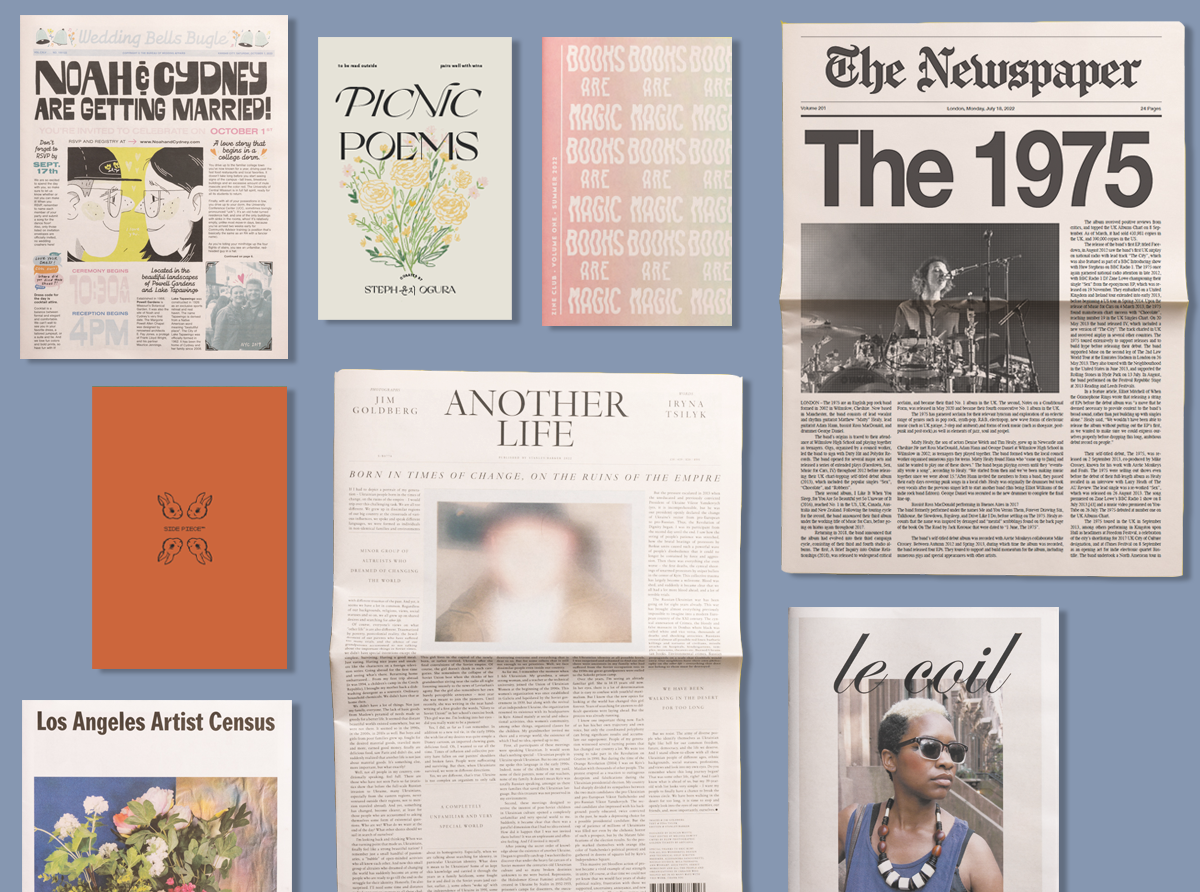 Every month, we put together a roundup to show all the exciting ways our creative customers use newspapers. In this edition: a zine for book lovers, an illustrated wedding invitation and broadsheets for the 1975 to tear apart in a photoshoot with Pitchfork. Plus more...scroll on to see them all!

Happy 5th birthday to Books Are Magic! The Brooklyn-based bookshop is marking the milestone by launching a zine. This first issue, printed on our digital minis, celebrates “all things for hot bookish summer” with author interviews, comics (by Liana Finck!) and plenty of reading recommendations.

“We had so much fun tapping our community for content,” says co-founder Michael Fusco-Straub. “This project gave us a chance to spotlight authors we love to work with, the books we're loving and all the fun, eccentric energy of our staff. We've shipped zines all across the US and we've heard great things from readers!” 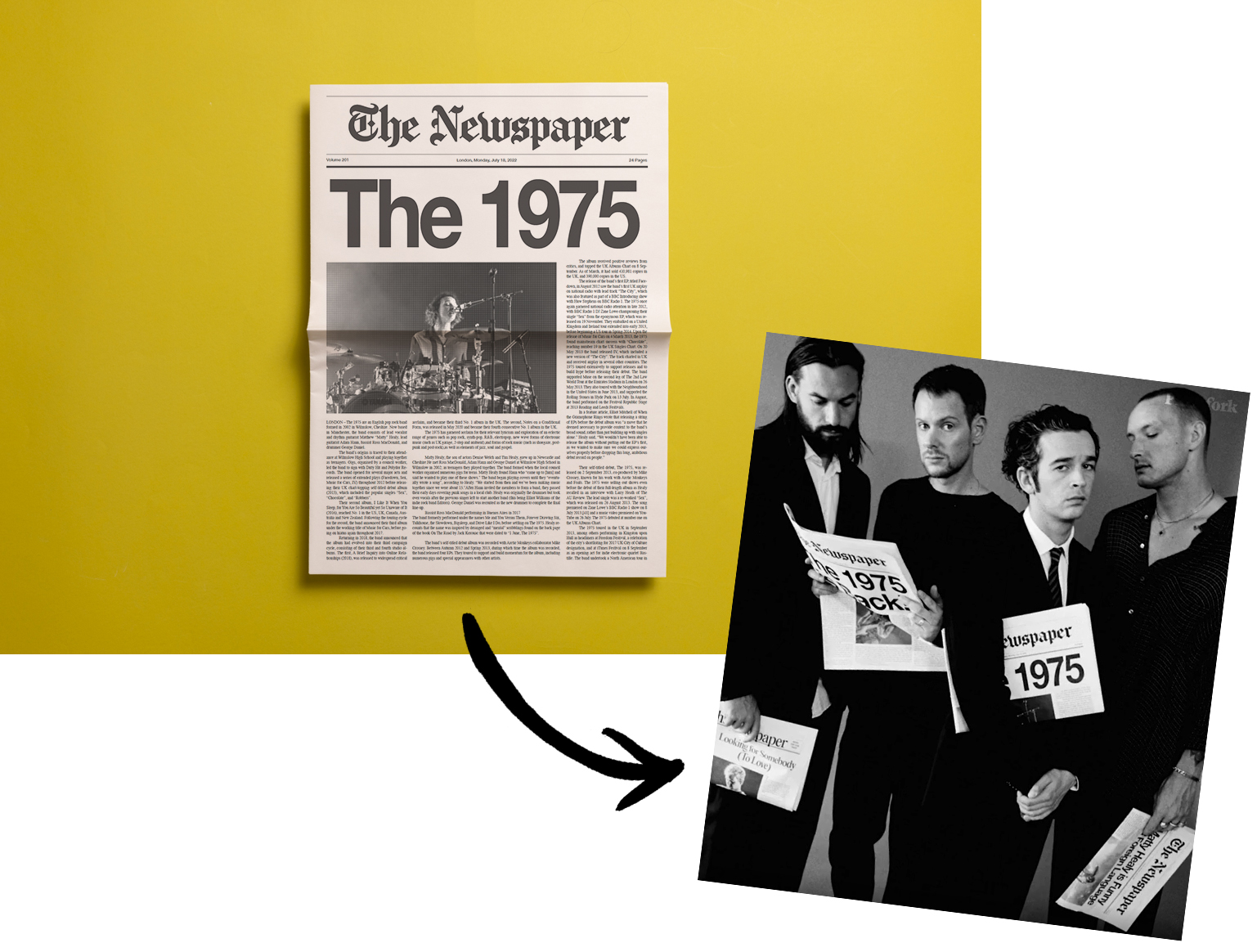 We're with the band

For a big interview in Pitchfork, British band the 1975 posed with – and then tore to shreds – a series of digital broadsheets announcing their new album. 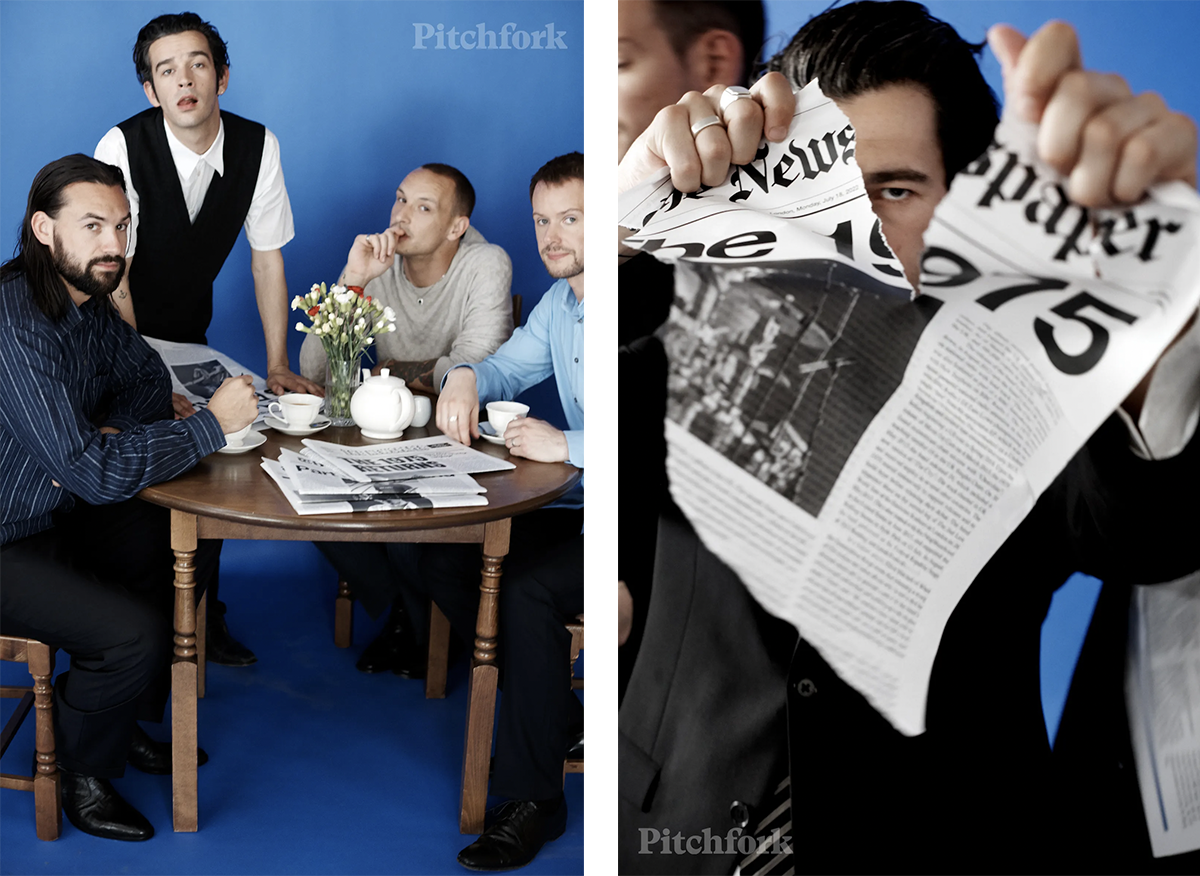 The photos were taken by veteran music photographer Steve Gullick, who’s previously shot PJ Harvey, Depeche Mode, My Bloody Valentine and many more. A brief but exhilarating brush with fame for our newspapers!

Designer-illustrator couple Noah Kinney and Cydney Cherepak collaborated on this wedding newspaper that combines their love of design, comics and storytelling.

“Our friends and family said they’ve never seen a wedding invitation like ours and that it's a piece of art they plan to keep,” say Noah and Cydney. “Some guests even sent us pictures of themselves working on the crossword and asked for additional clues! It's an invitation that is totally unique to us as a couple and has been a really fun way to connect with everyone before the big day.” 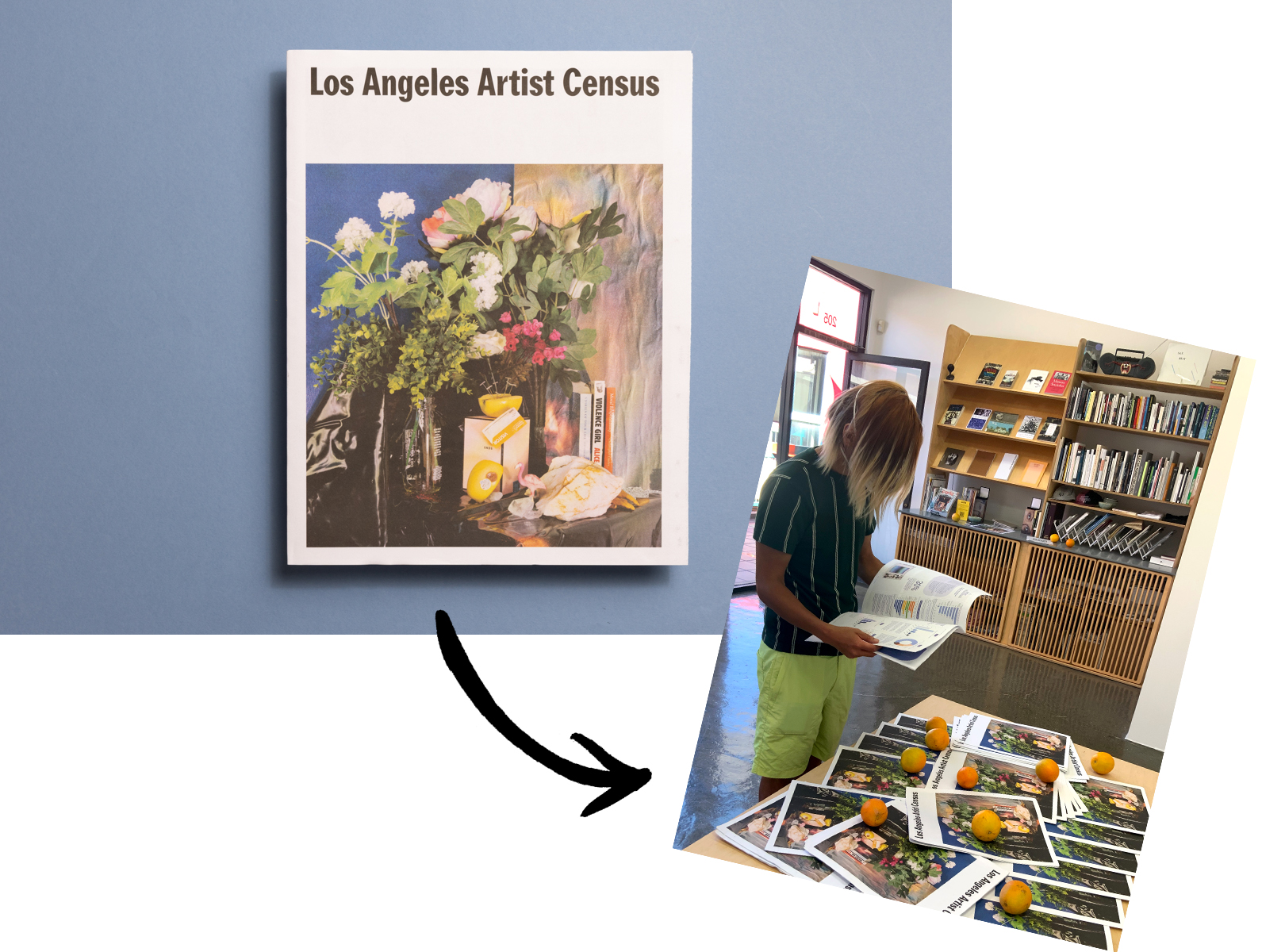 How much are artists in L.A. paying for a studio these days? Around $625 per month according to The Los Angeles Artist Census (LAAC), a grassroots research initiative for and by the city’s visual artists.

“There is something about having your work in print that allows readers to connect with it more intimately,” says Tatiana, who notes that all of the data in the newspaper had previously been shared online but they got a much bigger response to the printed publication. (It was even featured by Hyperallergic, who described it as a “modest, smartly designed publication.”)

“For a publication of data, something that is easily abstracted from the realities we are trying to connect our readers with, this added layer of intimacy is exactly what we want,” says Tatiana. Co-authored by Cobi Krieger and designed by Neil Doshi.

In 2005 and 2006, photographer Jim Goldberg travelled to Ukraine as part of a project exploring migration at the start of the new millennium. For Another Life, a fundraising publication printed on our digital broadsheets, Goldberg revisits his work from the time, alongside an essay by Ukrainian writer and filmmaker Iryna Tsilyk.

All profits from sales of the publication go to the Ukrainian charity Voices of Children, which provides psychological support to children who have suffered due to the war.

Designed by Duncan Whyte and published by Stanley Barker. 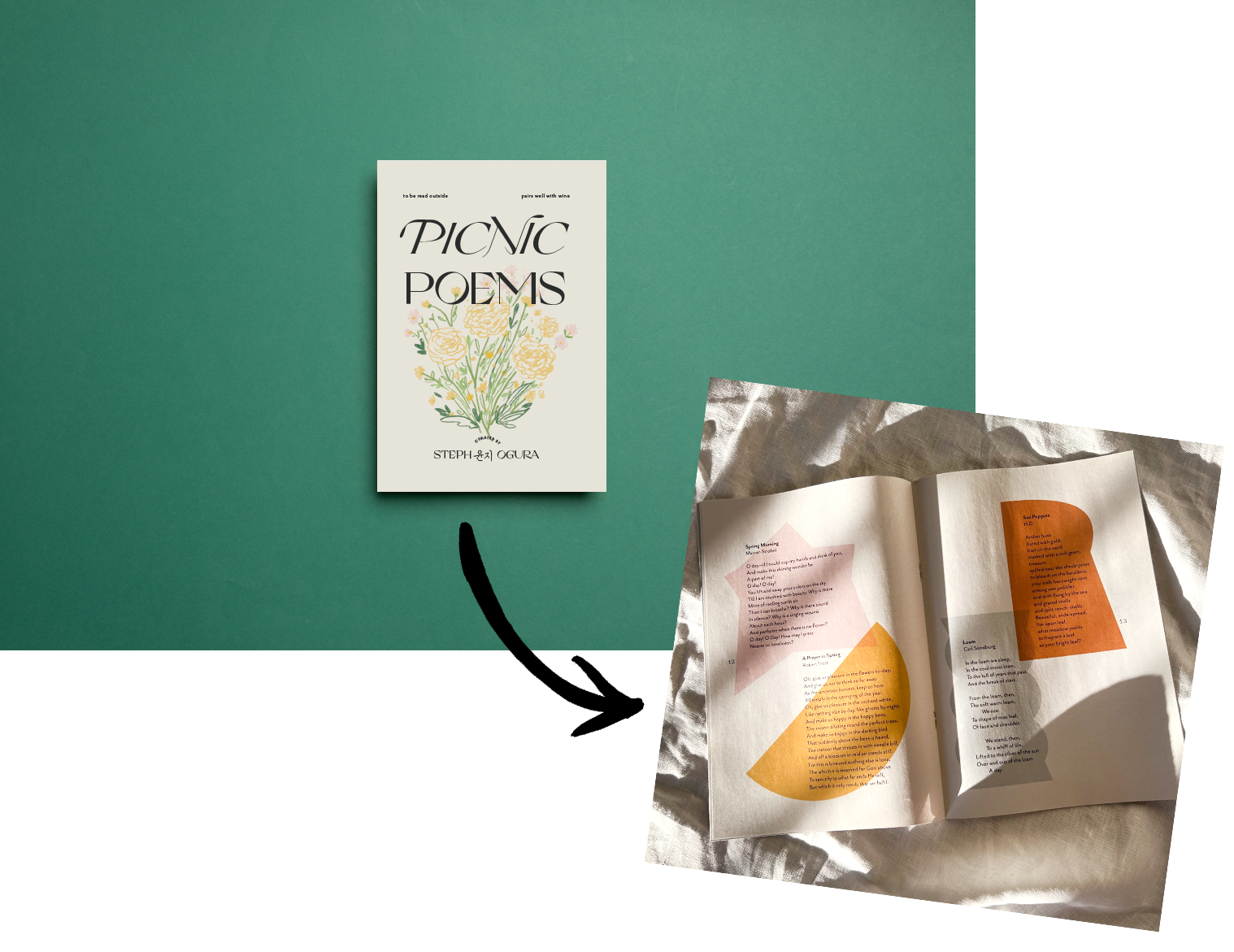 “I like that newspapers feel like they are meant to be read rather than displayed,” says Stephanie, who chose poems she feels are best experienced outdoors. “Some people have promised to take their copies on future picnics!”

le coil is a collection of natural hair inspiration, curated by New York-based creative director Jamala Johns. Originally launched online over a decade ago, Jamala says it’s “always been a dream to see le coil in print." Our digital tabloids offered the opportunity to “test the waters" as she considers turning the project into a book.

“I love the artful and approachable quality that newsprint brings to imagery,” says Jamala. “The newspaper’s gotten a lot of love on social, especially on Instagram. A couple of my favorite quotes are folks announcing ‘Print is not dead’ and ‘Print forever!’” 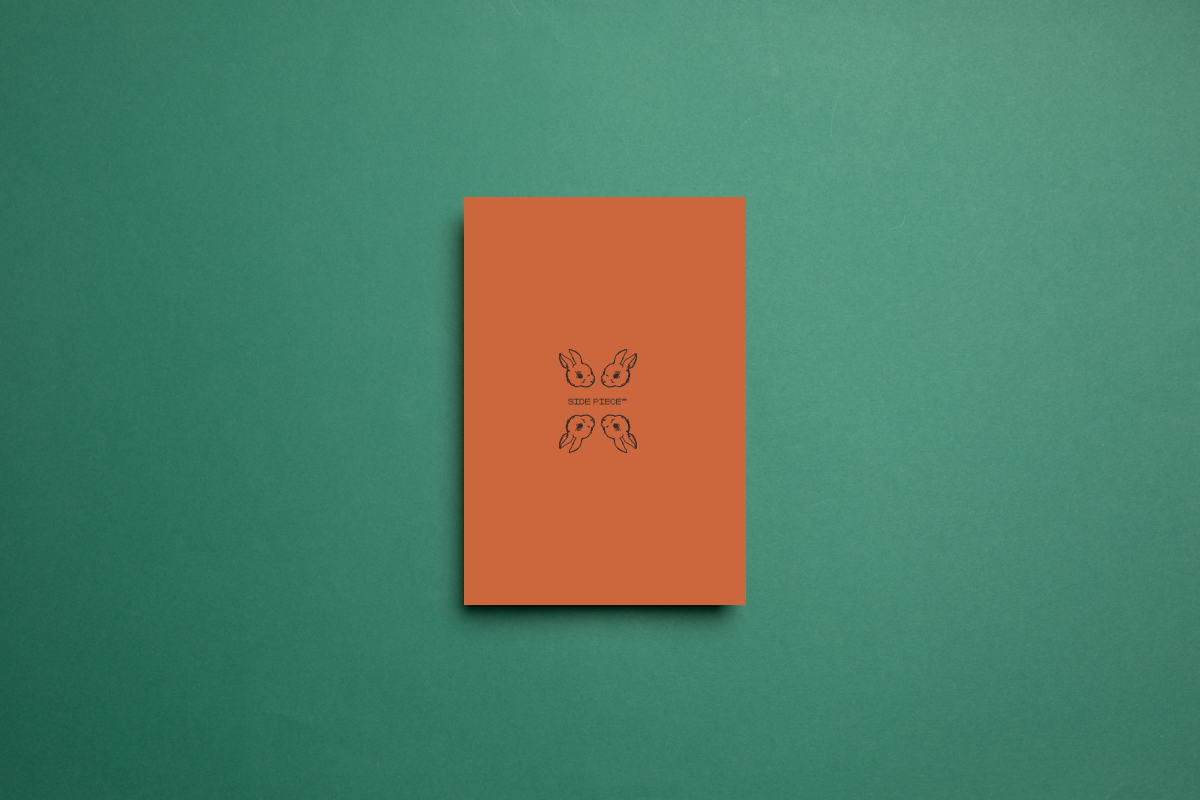 Oregon-based creative agency Swift celebrates their team’s ‘side piece’ projects, which are not to be confused with side hustles. “It has to be something without KPIs or stakeholders – you need a project for you,” explain designers Casey Michael and Taylor Franklin, who came up with the idea to put together a digital mini filled with such projects.

They collected examples of their colleagues’ hobbies away from work, including photography, illustration, writing – even quilting and miniature painting. (Flip through the zine on Swift's Instagram.)

“This was really just a chance to explore the zine-making process and make something for our little community,” say Casey and Taylor. “It's been rewarding seeing how the zine ignites people's creativity and drive to share the projects that are just for them.” 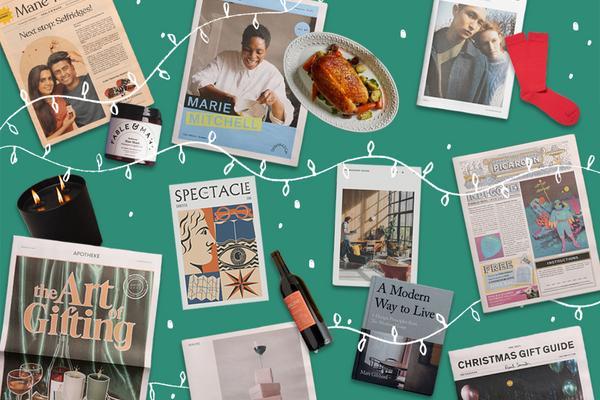 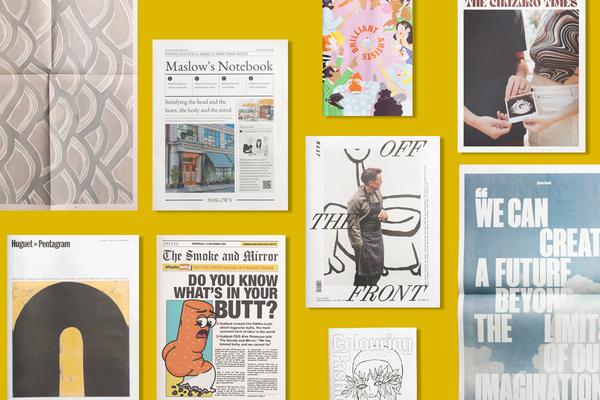