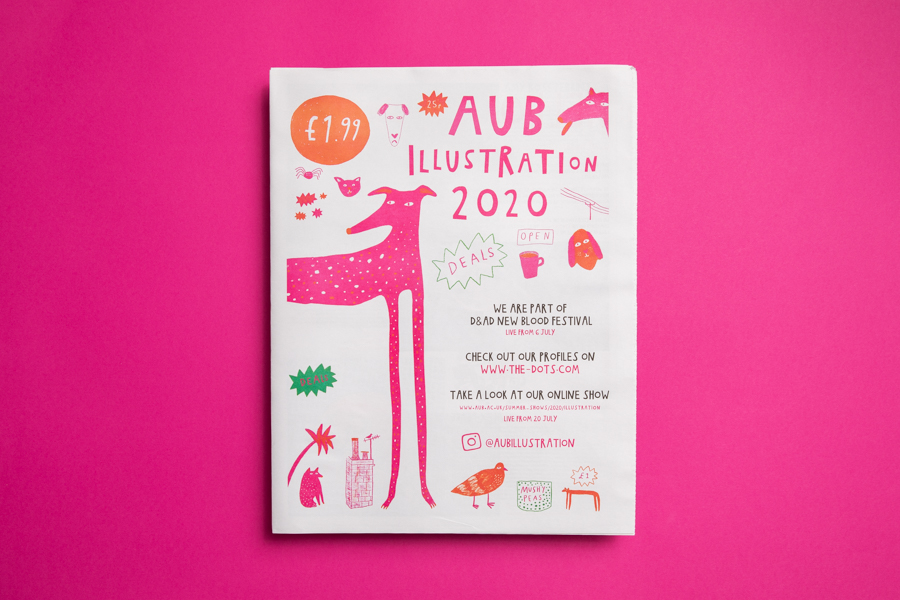 With most degree shows moving online, this year's graduates have had to get (even more) creative about how they present their work. Judging by this list of virtual degree shows compiled by Lecture in Progress, they've done a brilliant job adapting to exceptional circumstances.

But despite this digital shift, students and universities are still opting to print a physical catalogue to showcase graduates' work. In fact, some say it's more important this year than ever.

"It made even more sense after we realized the show would have to take a digital form," says designer Maria O’Dell, a recent graduate from the University of Arkansas. "A newspaper allowed  us to describe details of our projects in the same way we would have if the show had been in-person."

Below, students and staff from 4 universities explain how they used newspapers to complement their virtual degree shows and boost the connection with potential employers. 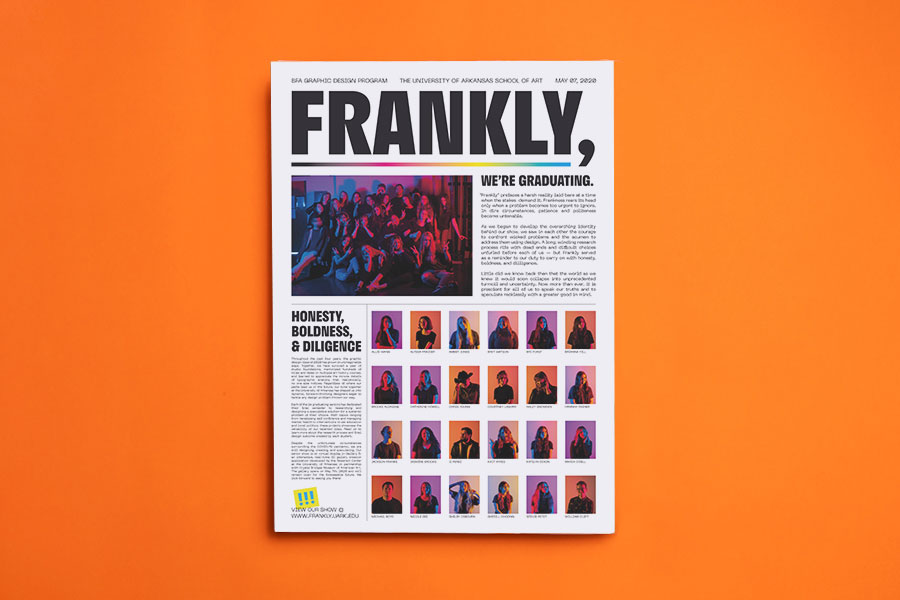 Up until mid-March our class was preparing for our senior show, which was originally intended to take place in the building where we'd spent the past 4 years studying together. We were considering making a cool printed piece before the pandemic, but it made even more sense after we realized the show would have to take a new, digital form.

We thought print would be a fun way to capture our bold identity and reflect the mood we wanted to convey. We decided Newspaper Club’s tabloid newspapers would best communicate the concept behind the title of our show, “Frankly”—being frank/honest and taking a stance on our degree project issues.

"The newspaper allowed us to describe the details of our projects in the same way we would have it the show had been in-person."

Having a physical catalogue to go along with our digital exhibition allowed us to connect with our friends, family and community beyond what they saw on their screens. Not only did the newspaper format align perfectly with our show’s concept, it also allowed plenty of space for each of us to describe the details of our projects in the same way we would have if the show had been in-person. 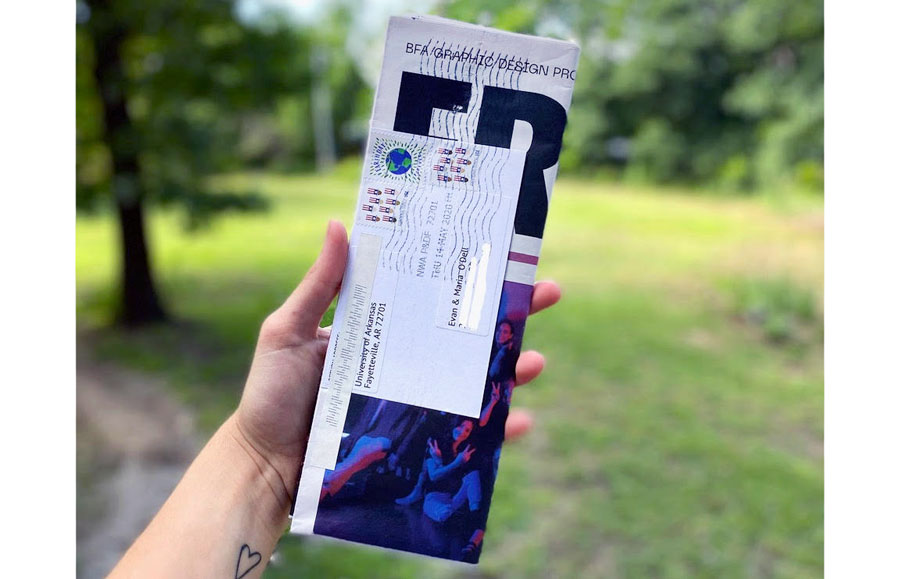 As for distributing, one of our amazing classmates, Brianna Fill, was able to fold them and staple each one with the appropriate address and postage (pictured above). We were a little nervous to drop them off at the post office without putting them in any sort of protective envelope, but they held up so well.

"Having a physical catalogue to go along with our digital exhibition allowed us to connect with our community beyond what they saw on their screens."

Everyone so far has LOVED the newspaper! It was a nice surprise for our friends and family who weren’t expecting it to show up in their mailboxes. We think newsprint is a great medium to reach people of all ages. All of the bright colors of our identity printed really well, which is rare with newspapers — so we were very happy with that!

View the gallery online (Note: it can't be viewed on a mobile device) 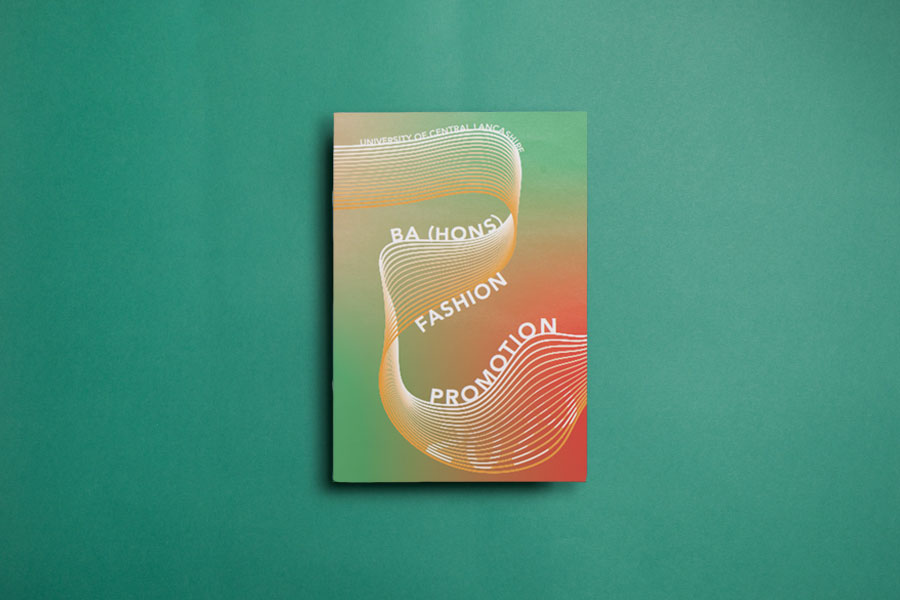 Every year we produce a printed document of some kind to showcase the work from our graduating class. This year, with so many elements moving towards the digital for obvious reasons, we still wanted to create a piece of print. Since Newspaper Club has been operating as normal throughout the pandemic, we were able to produce the newspaper as we would normally and still have something tangible for the students to share!

"The mini newspaper is a convenient size to fit into a physical portfolio or to photograph to include in a digital portfolio."

It’s just arrived with us this week, so we haven't been able to get it into the hands of our students yet. But the mini newspaper format has worked well in the past and is a convenient size to fit into a physical portfolio, or to photograph/film to include in a digital portfolio.

We’ll also use the newspaper as part of our promotion of the course and our graduates throughout the next academic year, at things like open days, college talks, UCAS events and Graduate Fashion Week.

UCLan has created a fully digital gallery space to showcase work from all of their creative graduates. Explore the exhibition online.

Originally we were hoping to create a flipbook  to share research into recycled and eco-friendly materials at this year's D&AD New Blood Festival. However, as the New Blood Festival is now taking place virtually, we needed a catalogue that could act as a platform for our students, holding more information about them as illustrators and their ambitions for the future. We chose Newspaper Club’s tabloid newspapers. 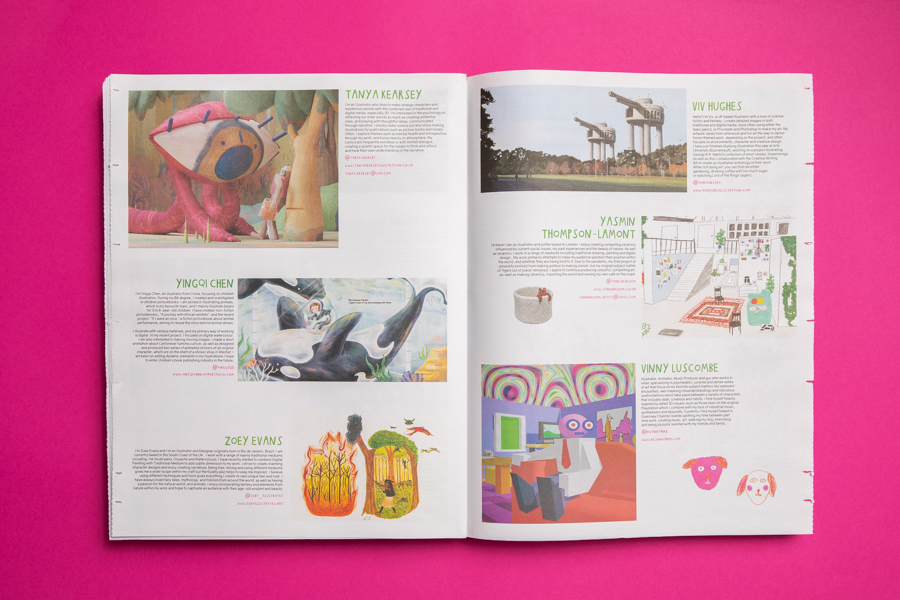 The core team of students that created the newspaper adapted brilliantly to the quick change of plan and were happy that Newspaper Club’s printing options still sat within the branding and original ethos: eco-friendly inks and FSC and PEFC certified materials. 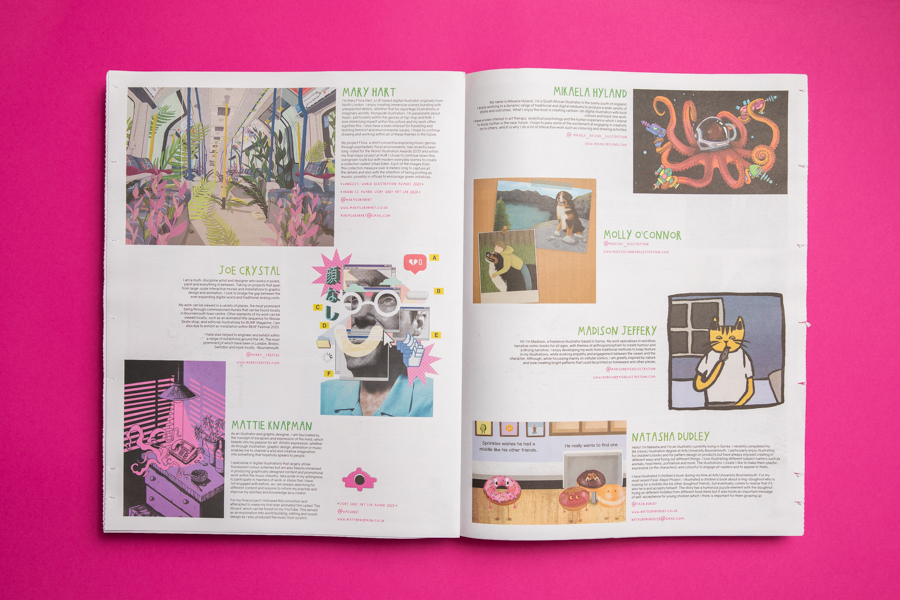 The newspaper has been really well received! We’ve posted the catalogue to a list of international agencies, publishers, magazines and professionals identified by the students. As a staff team, we also put together an address list of parties we would usually network with at D&AD New Blood, as well as our Summer Shows held on campus with the aim to get our students as much exposure as possible to those who would usually see our students work.

The newspaper will also act as a catalogue for continuing illustration students at AUB to show what was created by our 2020 graduates and will be distributed to potential new students coming our way in 2021!

Download or view the digital newspaper (hyperlinks on the cover work!) From 20 July you view the AUB Summer Show online. 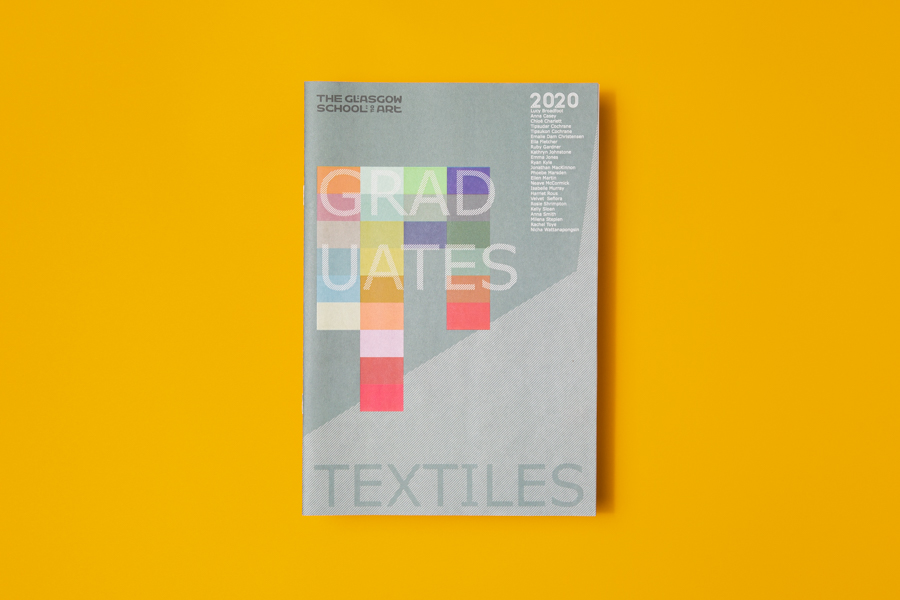 Historically the Textiles department at GSA has always produced a physical graduate catalogue, but this year having something physical during a very digital time seemed even more pertinent. The mini newspaper format worked perfectly and the range of design possibilities, layout ideas and formats was endless.

"A newspaper gets pinned to a notice board or passed around a design studio and gets students' work in front of many more potential employers."

It was really important that each student had a voice within the newspaper. They each have an image accompanied by a short statement outlining the rationale behind their work. The content was then grouped into the four specialisms within Textiles at GSA: Knit, Weave, Print and Embroidery.

The students appreciated having a physical celebration of their graduate work — the newspaper connects the digital with the physical and complements their online presence.

"Having something physical during a very digital time seemed pertinent. The mini newspaper worked perfectly."

I have always been an advocate of sending out physical copies of a beautifully designed catalogue over emailing a digital PDF. The newspaper sits on someone’s desk, gets pinned to a notice board or shared and passed around a design studio and gets the students' work in front of many more viewers and potential employers.

WHERE TO SEE THE WORK