Zendesk makes a big announcement with a big broadsheet 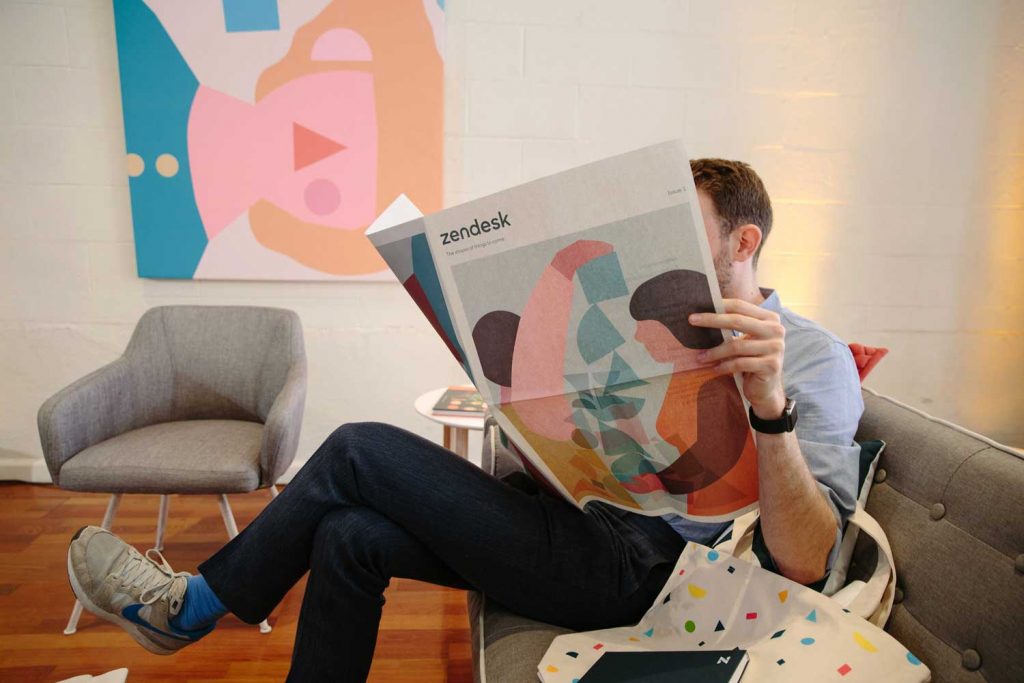 Zendesk makes software for better customer relationships. They started designing simple, human tools in 2007 and today help more than 87,000 businesses around the world have more meaningful interactions with customers. 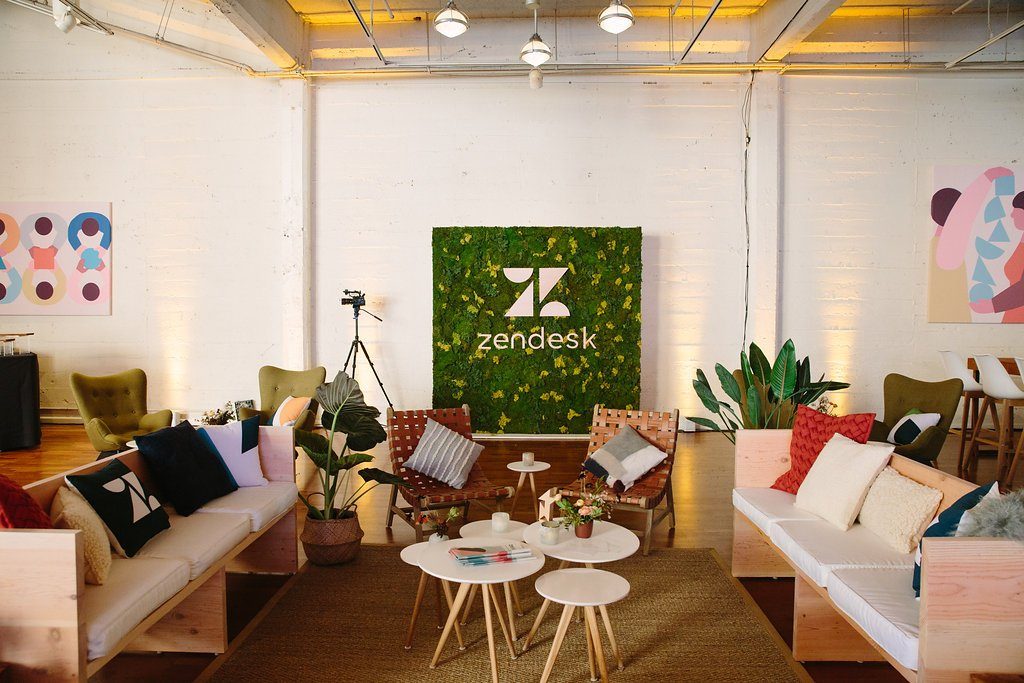 Zendesk's traditional broadsheet newspaper at their office in San Francisco

Recently, they launched a new brand identity to tie their growing family of products together. They hosted a launch party at their San Francisco headquarters and printed a traditional broadsheet newspaper to mark the occasion.

Zendesk’s products are all about being personal and accessible, so they wanted their printed materials to communicate that, too. A newspaper fit the bill. 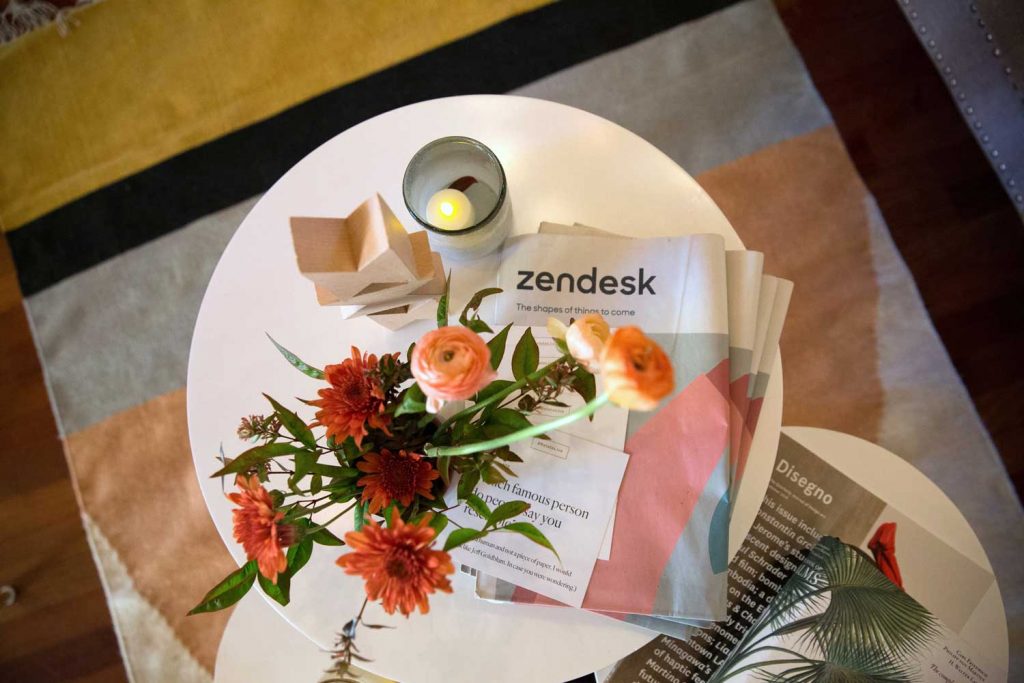 Zendesk's traditional broadsheet newspaper at their office in San Francisco

"The broadsheet feels timely and fresh – it’s quick to do and not too self-important,” says Zendesk's Raphael Güller. "It's a great way to showcase our new visual language in a big format.” 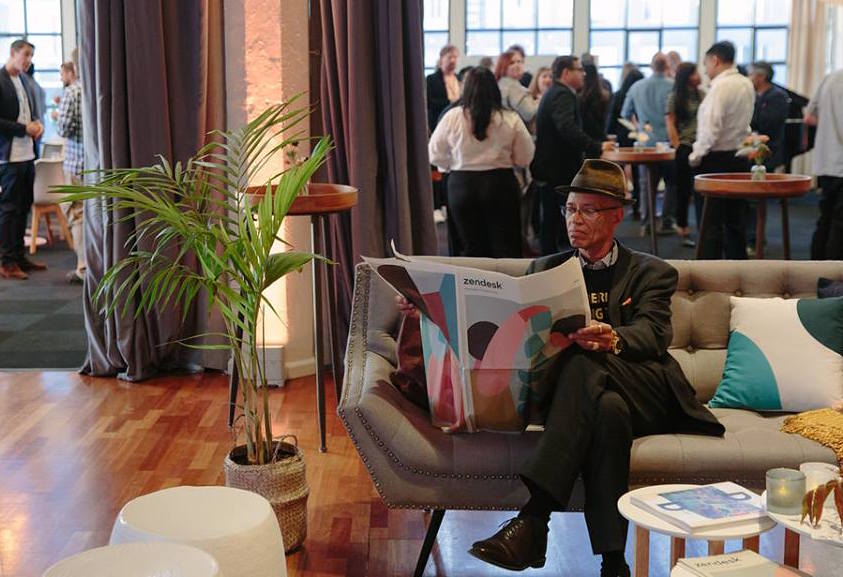 Hungarian artist Anna Kövecses created the bold, playful illustrations throughout the newspaper. "We love her simple style that feels warm, honest, real – like good customer support should be," says Güller.

Part of the appeal of a newspaper, he adds, is that "people can read it, use it and throw it away." But when they look this lovely, we imagine plenty of people would rather hold onto them – in fact, we've got Kövecses's back page illustration hanging up in the office. 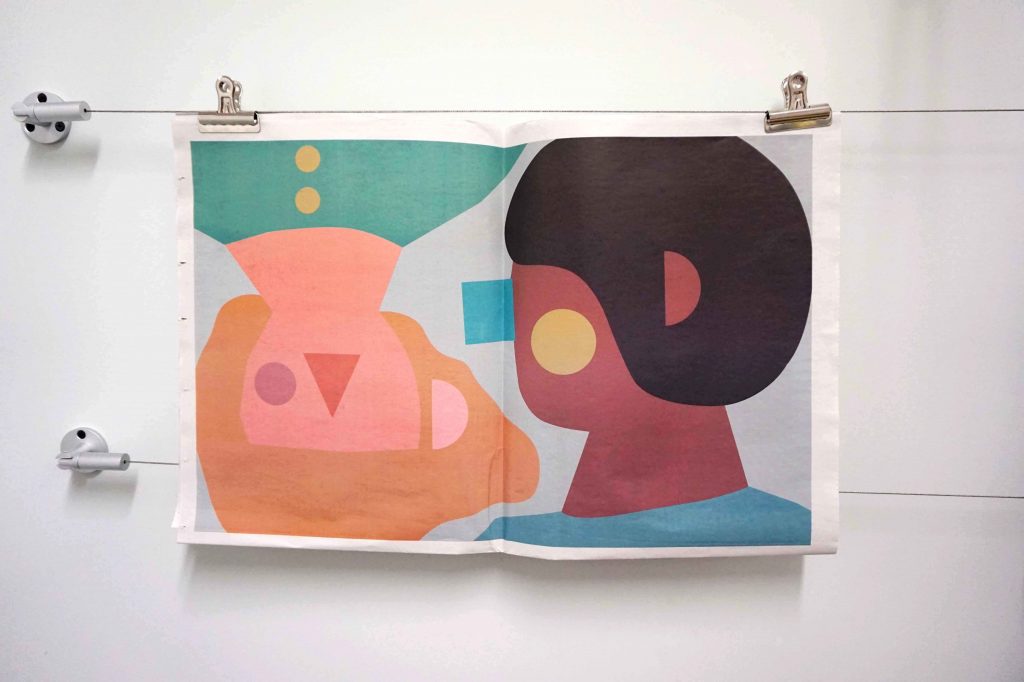