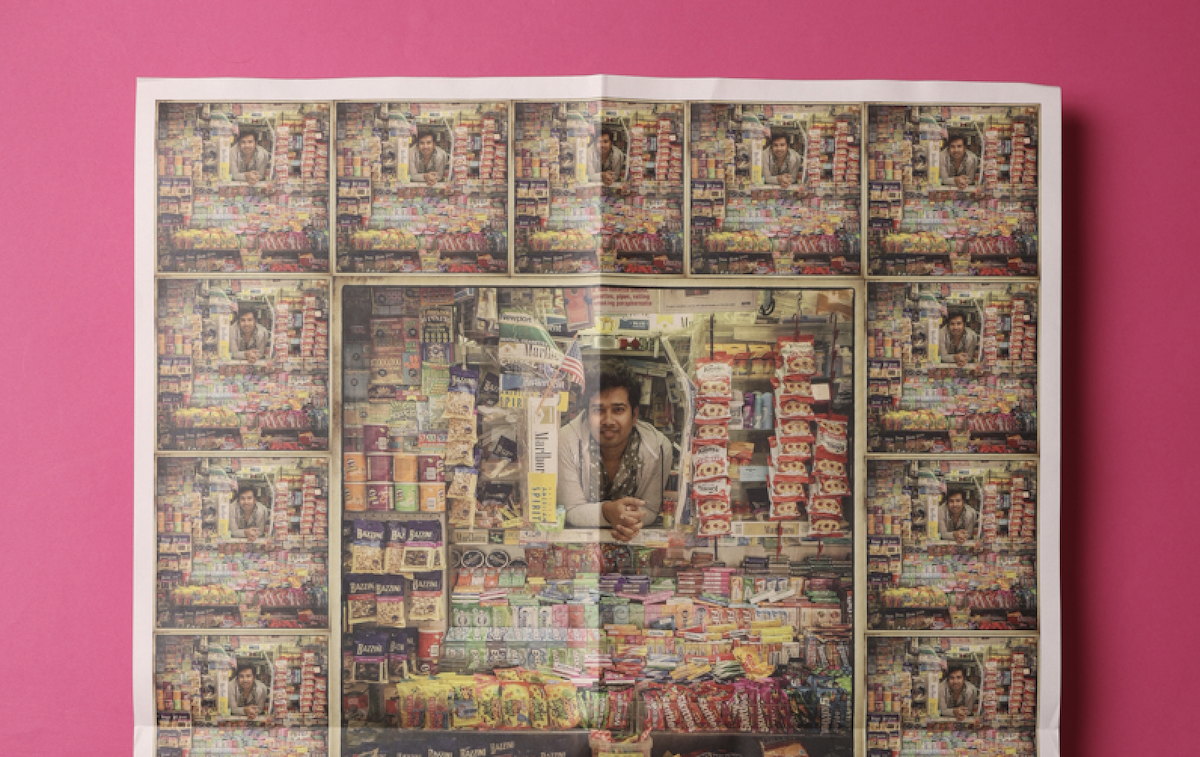 “Newsstands appear in the work of almost every great photographer,” writes Edwin Heathcote in the Financial Times. “They are the backdrops and foregrounds of some of modernity’s most alluring images.”

LA-based photographer Trevor Traynor is continuing this tradition with his Newsstands series, a  collection of over 100 newsstands photographed in 20 cities around the world – from Paris to Cairo to Tokyo.

Seen all together, the newsstands are almost indistinguishable. But look closer and the unique character of each one emerges, whether it’s a hand-written sign, the mastheads of local newspapers or an artfully arranged display of chewing gum. The people behind the newsstands are by turns smiling or serious, sometimes wearing a t-shirt and sometimes bundled up in a fur coat with a hat to match.

Trevor recently launched his images of newsstands as an NFT collection (which quickly sold out). He also produced a set of newspapers, printed on our digital broadsheets, that fold out into posters of different newsstands.

“The broadsheets really brought the whole project together as a beautiful art piece and an ode to the original newsstand product,” says Trevor. “Everyone loved getting their hands on them.”

Below, Trevor explains how the project has evolved and shares the process behind his portraits. Plus, see some of our favourite images from the series – and the most unique newsstand Trevor’s come across (spoiler: it's in Peru!) 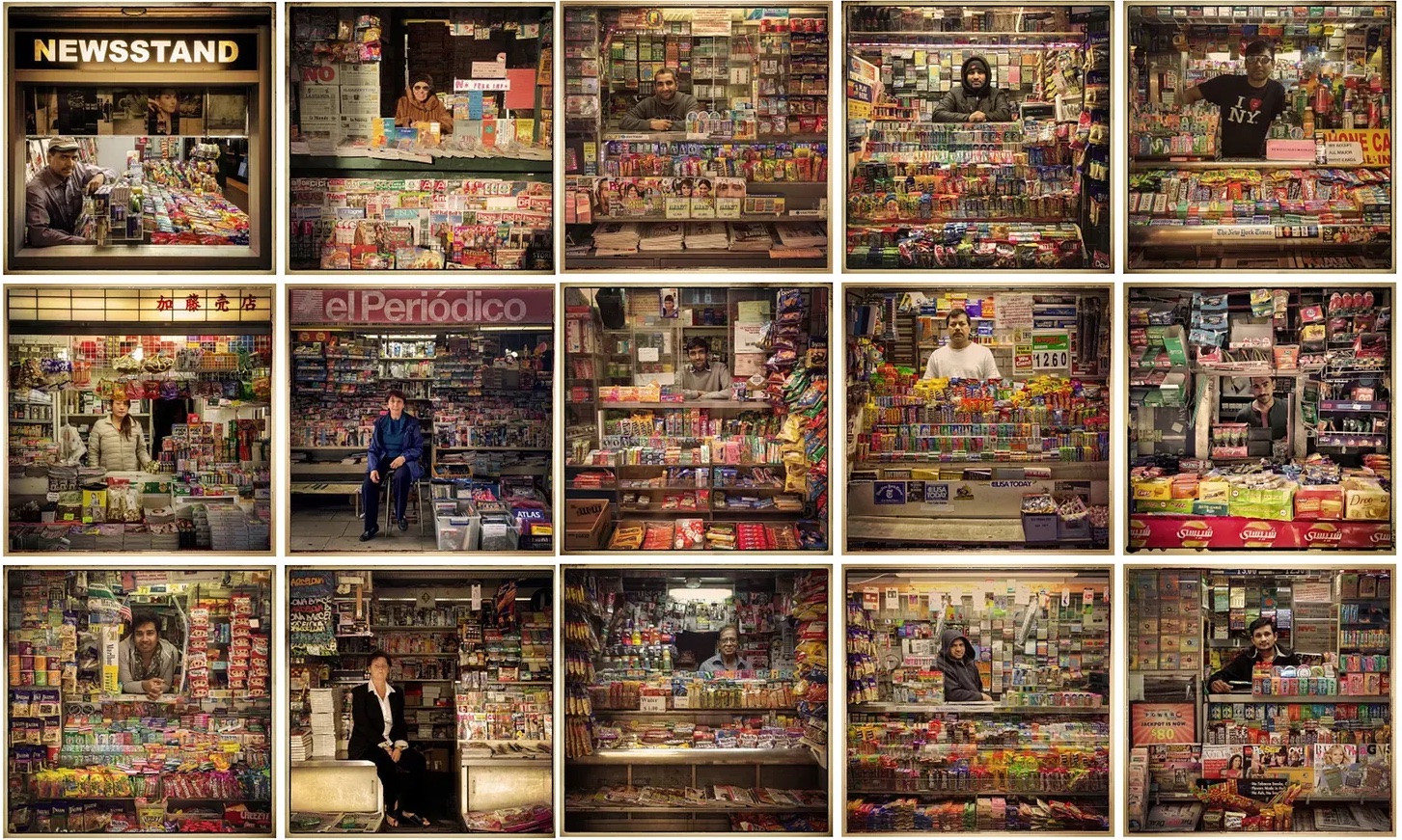 I shot my first newsstand near 6th Ave and 46th St in New York City in 2012 (pictured below). I’m a commercial photographer and use my iPhone camera to scout locations and collect inspiration. On that day I was drawn to the vibrant colors, the compact product placement and the way the magazine covers and headlines acted as a timestamp. 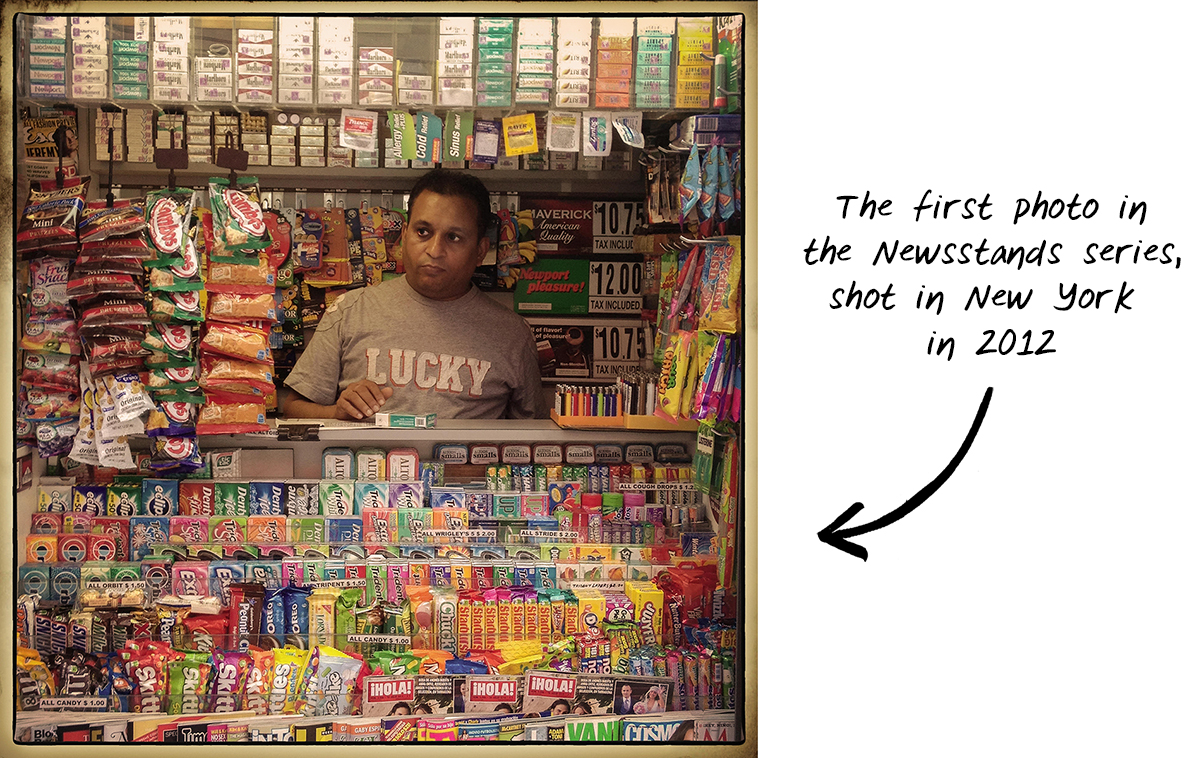 Originally, I had no plan to create a whole series of newsstands. But I have a tendency to shoot things in a serial nature and I began to shoot more and more newsstands. Soon I’d documented many newsstands in NYC, but it was just something I did for fun in between commercial shoots.

It wasn’t until I started photographing newsstands in other cities that I realized I was accumulating a series and that this would be a long-term project. I ended up shooting over 100+ newsstands in 20+ cities around the world over a 7-year span between 2012 – 2019.

My interactions with the people running the newsstand go something like this:

I wait for a window of opportunity when the operator is not busy and then I introduce myself. If I’m in another country, I make sure to learn the basic greetings and salutations. I’ll share photos of other newsstands and explain that I’m shooting on my phone – after that, the shooting process is typically around 30 seconds.

I give very minimal direction, if any – just to look at the camera, maybe chin up or lean forward into the light. If I noticed a natural pose or expression during the time I was waiting to introduce myself, I might have them revisit that.

Almost everyone was open to me taking their portrait, which I take as a reflection of trust and a positive interaction. I also found most people had a lot of pride in the presentation and organization of their newsstand. 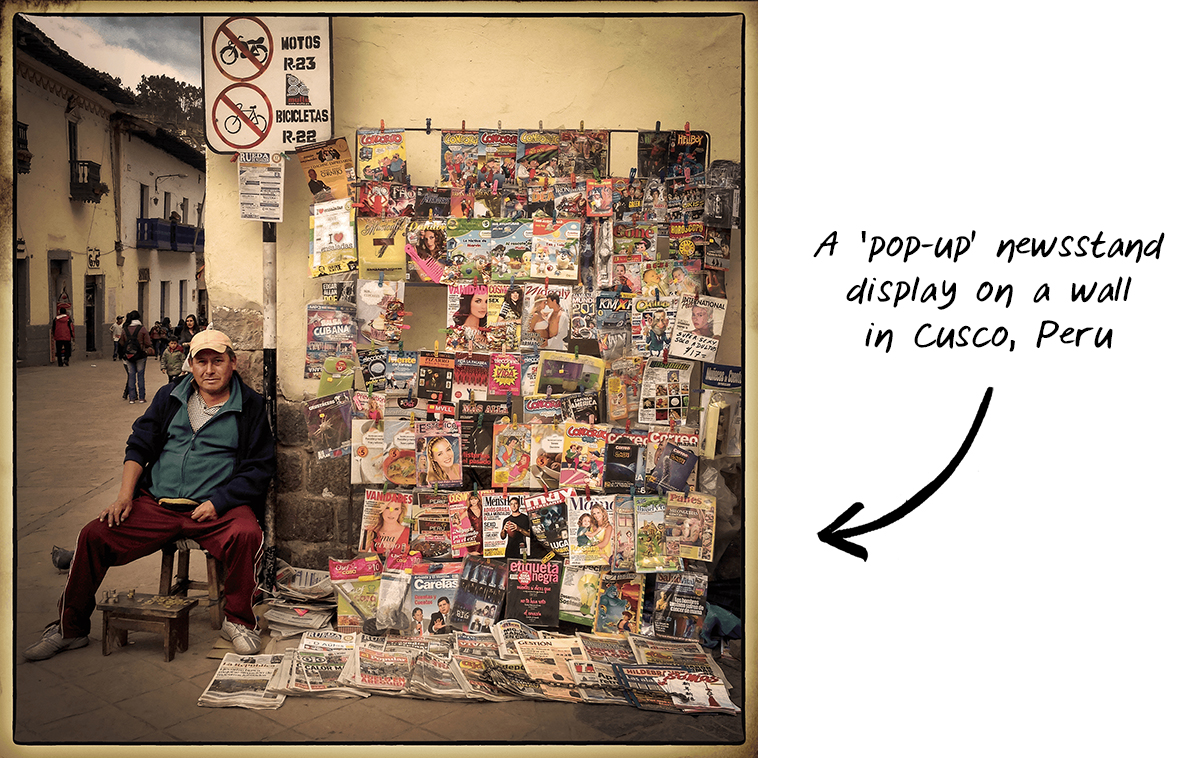 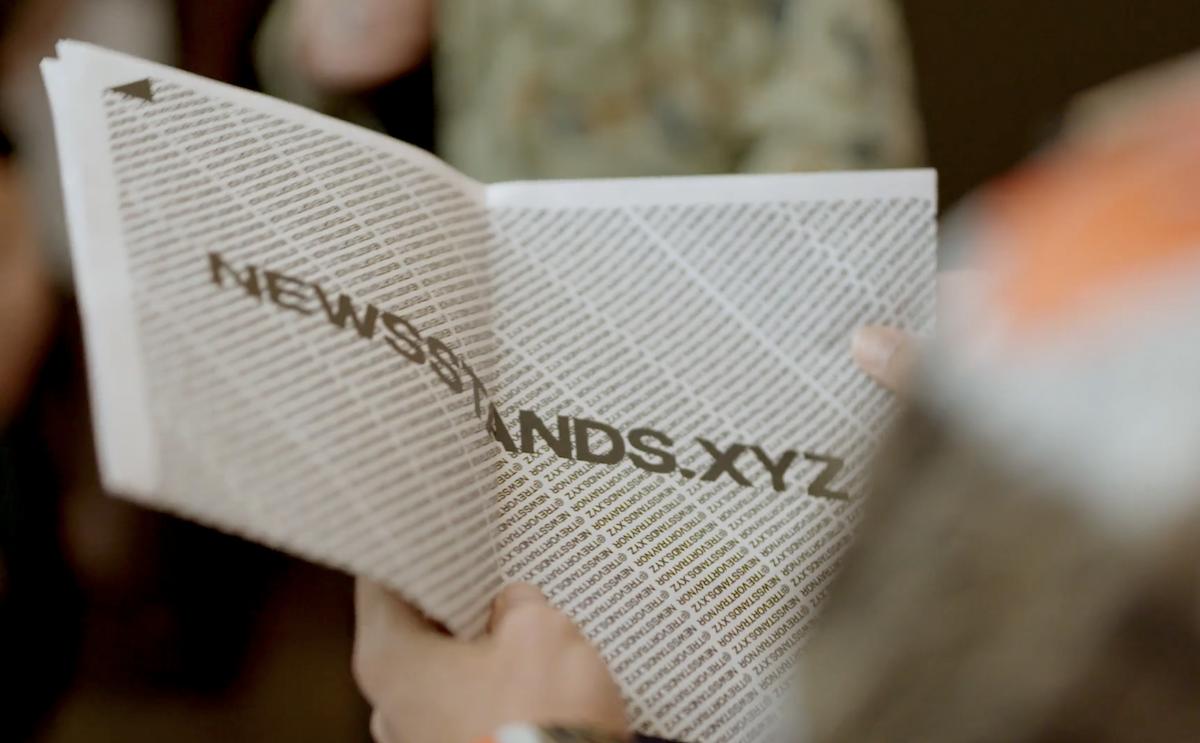 The launch – and the posters!

Earlier this year I decided to launch the series as an NFT collection. To celebrate I organized an event in Los Angeles complete with a mock newsstand installation:

l also produced a set of newsprint posters, printed on Newspaper Club’s digital broadsheets. I was fortunate to work with a designer for these – shout out Dylan Cramer! For the front cover, we used a repeating print and added a QR code linking to my website with more info about the project.

The posters inside are inspired by the ‘blind mint’ of my NFT collection – that means you don't know which newsstand you get until it appears in your digital wallet. I used a similar concept for the posters to add an element of surprise. Every copy has the same cover image, but they fold out into 5 different posters showing some of my favorite newsstands in Spain, Egypt, Japan and the US.

I distributed the posters at the event in LA and anyone who joined the pre-sale list for the NFT launch was gifted one as a thank-you. For people who aren’t into NFTs, you can buy a standalone copy from my online shop. I’ve also mailed a batch to galleries and clients to promote the project.

"The broadsheets really brought the whole project together as an ode to the original newsstand product."

So far, everyone has loved getting their hands on the physical broadsheets. They really brought the whole project together as a beautiful art piece with an ode to the original newsstand product.

As for what’s new for the project, I’m working on a book that will be published in 2023. I’d love to add newsstands in China and India to the collection before then!

How this public art project is supporting local artists, one poster at a time

Art in Print is a Boston-based public art initiative led by creative agency Isenberg Projects. Since 2018, they’ve worked with over 100...