Making a sell-out magazine during a pandemic 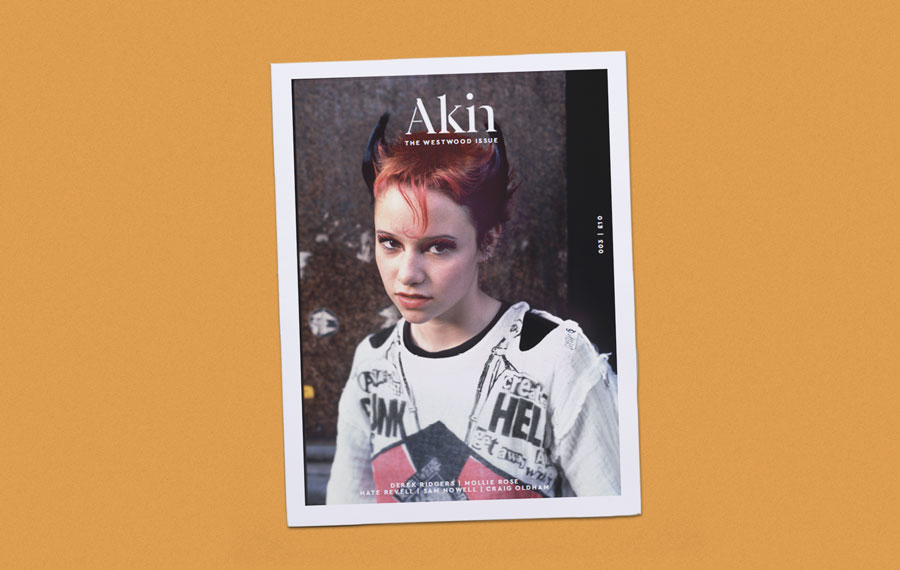 Publishing a magazine is a challenge at the best of times.  So when Alice Pomfret was faced with publishing Akin, the magazine she founded, in the middle of a global pandemic she admits she considered putting the new issue on hold.

"A few days before printing we lost our main advertiser and all of our stockists had to shut their doors," says Alice. "But I felt a responsibility to our contributors to share their stories." 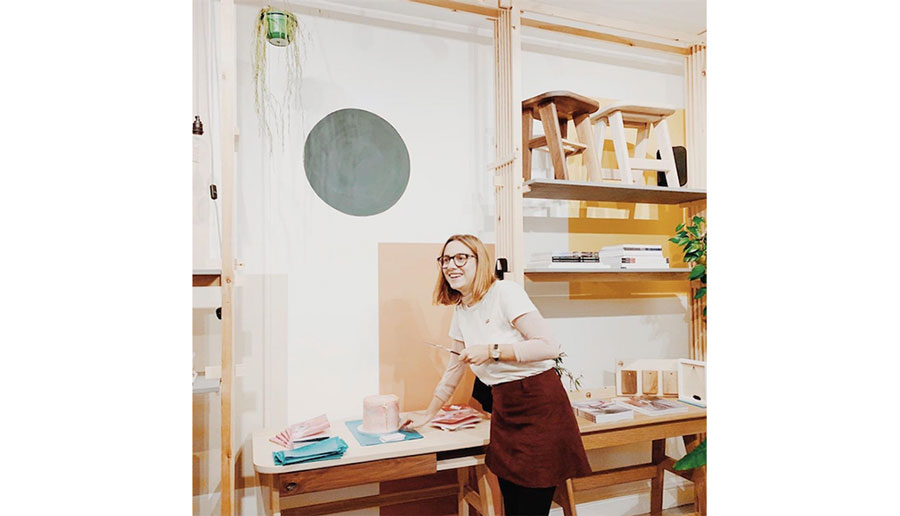 She quickly adapted their publishing plan and printed the issue (fittingly inspired by the ever-resilient Vivienne Westwood) on our digital tabloid newspapers. One week later and the issue has almost sold out. "We’ve actually had more orders than ever!" says Alice.

Below, Alice tells us about her journey with Akin, how Westwood's environmental activism inspired the latest issue and why printing it on newsprint was "a no-brainer."

I started Akin in September 2018 — back in the good old days when we could leave the house and toilet roll was in plentiful supply. I was working in London at my first design job, paying too much rent and feeling a lack of creative control.

"Printing with Newspaper Club was a no-brainer once I learnt about their sustainable production methods."

I’d wanted to start my own publication for years but needed a good reason to publish one. The independent magazine space is saturated enough and I didn’t want to bring out another magazine without a thoughtful concept. Eventually I came up with the idea for Akin, which joins two of my favourite things: people and magazines. Each issue is inspired by a different person — for Issue 1 it was Zaha Hadid, Issue 2 was Grayson Perry and for Issue 3….well, I’ll talk about that later.

Issue 1 of Akin inspired by the late architect Zaha Hadid.

We explore each person and what they’ve achieved through the voices of others. It’s not biographical — we don’t write timelines of achievements, but use these influential figures as springboards for wide-ranging essays. After a successful Kickstarter campaign, we printed our first issue at the start of last year. Since then, Akin has been stocked internationally from Singapore to Hamburg, Amsterdam, London and of course our hometown of Norwich. 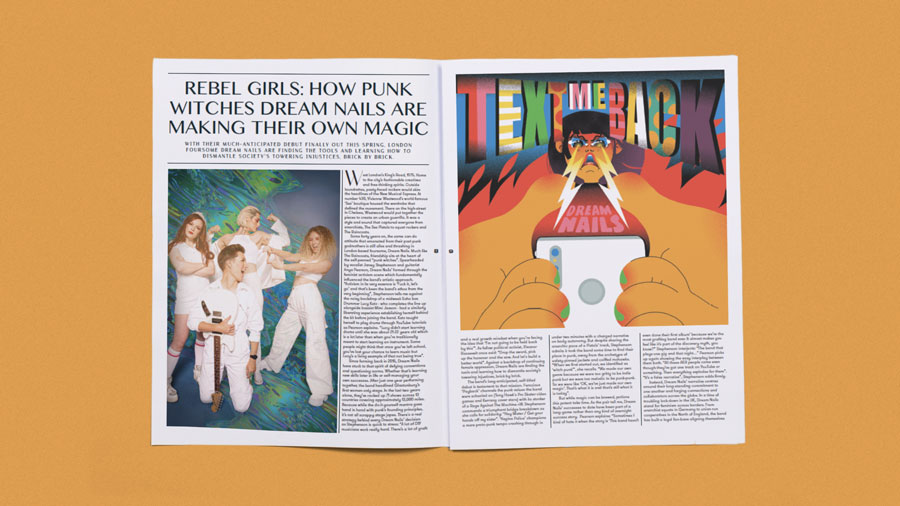 The inspiration for Issue 3 is Vivienne Westwood, one of the most influential women in fashion to advocate for environmental sustainability and someone I’ve admired for years now (if only I could afford her pieces!) With the growing focus on sustainability, in fashion and beyond, we wanted to highlight the movers and shakers at the forefront of the movement today. 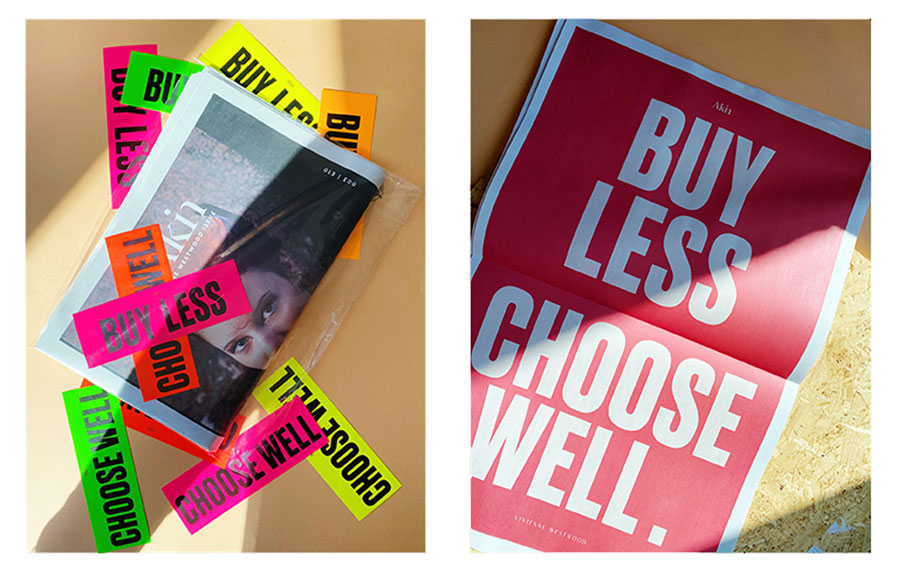 Printing with Newspaper Club was a no-brainer once I learnt about their sustainable printing methods — it fit perfectly with our concept for the issue. It would be a bit  ironic if we made a magazine about sustainability and worked with a printing house that doesn't source paper responsibly or use sustainable production methods. 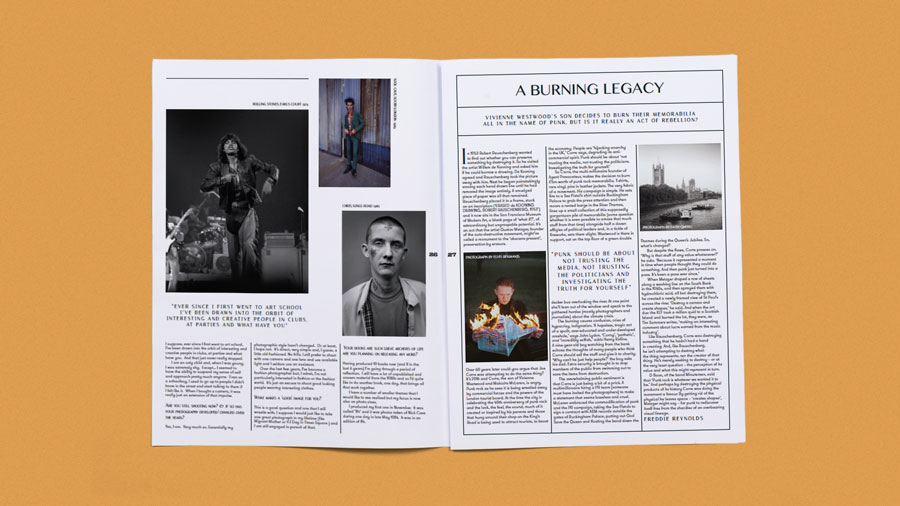 A CHANGE OF PLANS

We started working on the issue in January, our research and commissioning was done by February, and by early March we were just waiting for everything to come back to us — that was, until COVID-19 arrived.

"We published our magazine at the weirdest time, but I'm so proud of how it turned out."

It was the beginning of March when we started to feel the full effects of the pandemic, and we had to adapt quickly. Luckily most of our physical shoots and interviews had been done by this point. Everything we had left to do went digital: the remaining interviews were conducted through phone or video calls, we cancelled the final shoots and used existing imagery, and we had to postpone all the events we’d planned in the lead up to our launch.

Alice at an Akin pop-up shop in Norwich

Beyond publishing a magazine we also hold pop-up shops selling other independent magazines and organise a week-long pop-up for each release. For this issue we were working on a supper club idea with a local coffeehouse —with all of the food inspired by Vivienne — but we had to accept that it just wasn’t going to be possible (for the time being).

"I see magazines as capsules of specific periods in time and I can't wait to look back on the magazines made during the COVID-19 pandemic."

A few days before publishing, we lost our main advertiser and all of our stockists had to shut their doors. At this point I considered dropping the whole issue and postponing the release. But I felt a responsibility to our contributors to share their stories. We went ahead with a reduced print run of 100 copies. 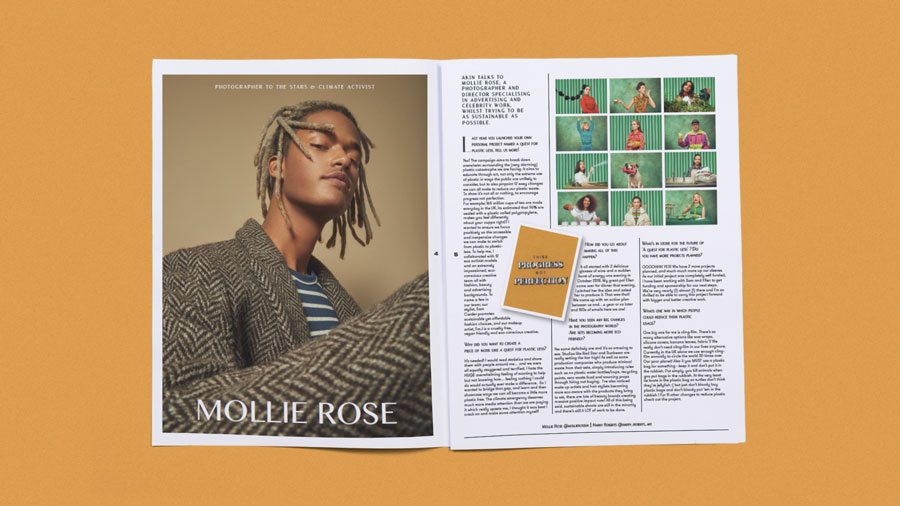 Our launch day was anticlimactic, I won’t lie. The newspapers were delivered to my house, I packaged them (in biodegradable packaging!) and posted out pre-orders. Everything is being done at home to reduce the amount of human contact as much as possible.

"It's been incredible to see how quickly everyone has adapted to the situation. We're being forced to be more creative."

Issue 3 has now been available for a week and it's almost sold out. We’ve actually had more orders than ever!  (It might be due to the fact we have a 30% off Issue 3 with the code VIVWESTWOOD30 — treat yourself!) We’ve also uploaded all of the titles from our pop-up shops and previous issues of Akin in our web shop. 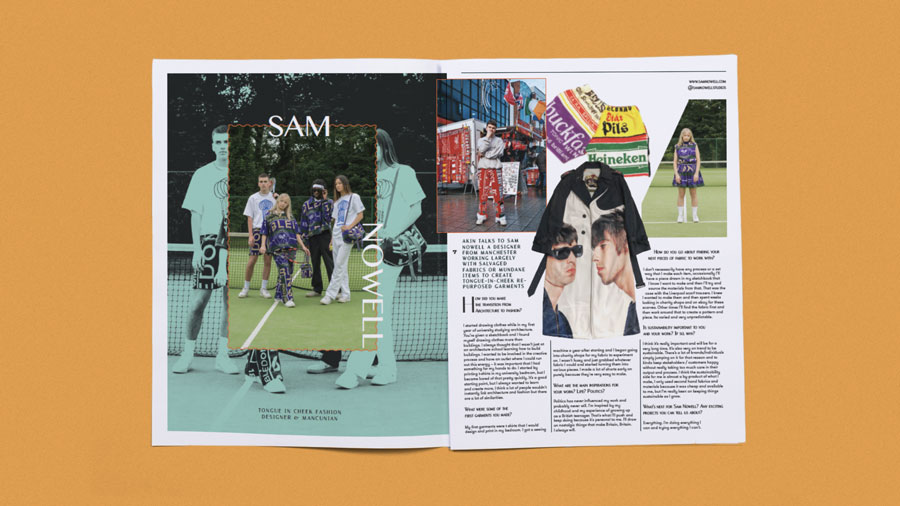 It’s been incredible to see how quickly everyone has adapted to the current situation. We’re being forced to be more creative and innovative. It will be interesting to see how magazines will continue to produce issues without physical contact. I hope this inspires more innovation within the magazine industry — maybe the illustration-based issue of Vogue Italia was unknown foreshadowing? 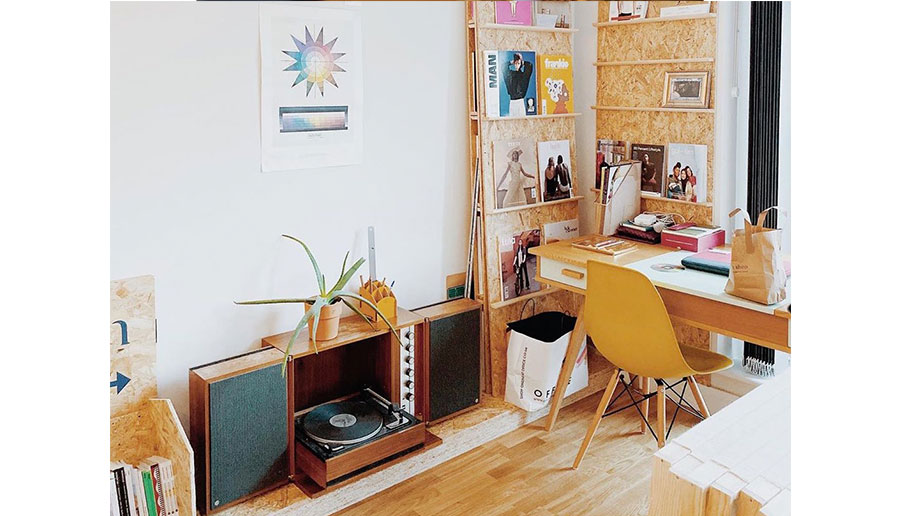 We published our magazine at the weirdest time, but I’m so proud of how it turned out. It’s a testament to the power of community today and how resilient creatives have to be in order to succeed. I see magazines as capsules of specific periods in time and I can't wait to look back on the magazines made during the COVID-19 pandemic. I also can’t wait to have to celebrate issue 3 properly — beer anyone?