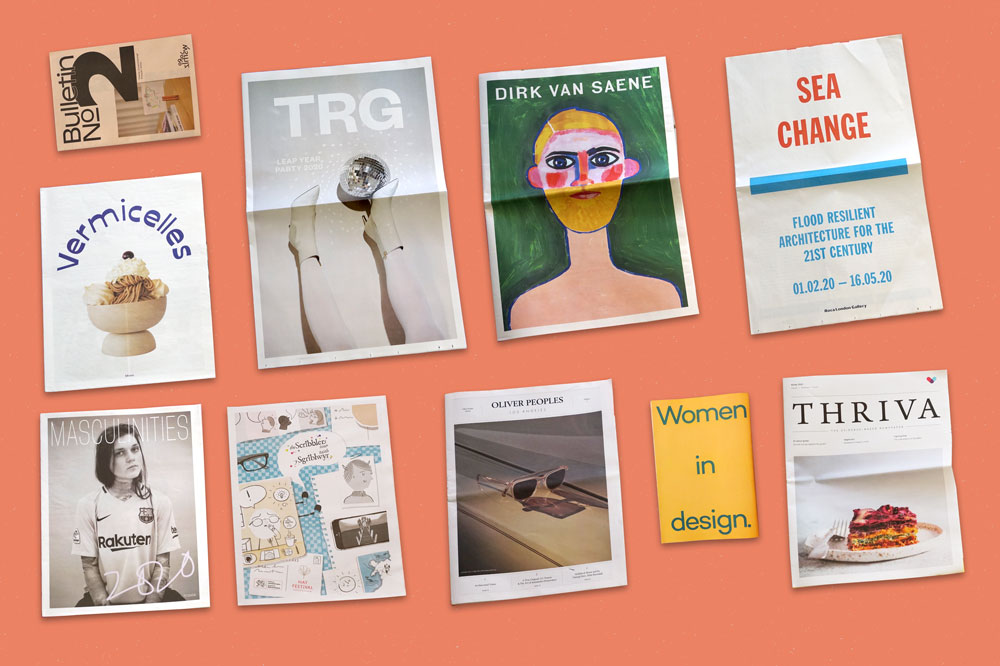 Every month, we print hundreds of interesting, creative, well-designed newspapers and put together a roundup of our favourites.

From a quirky lookbook for Belgian designer Dirk Van Saene to a super-sized invitation for a leap year party to a newspaper celebrating the traditional Swiss dessert vermicelles — these are 10 newspapers we're loving this month. 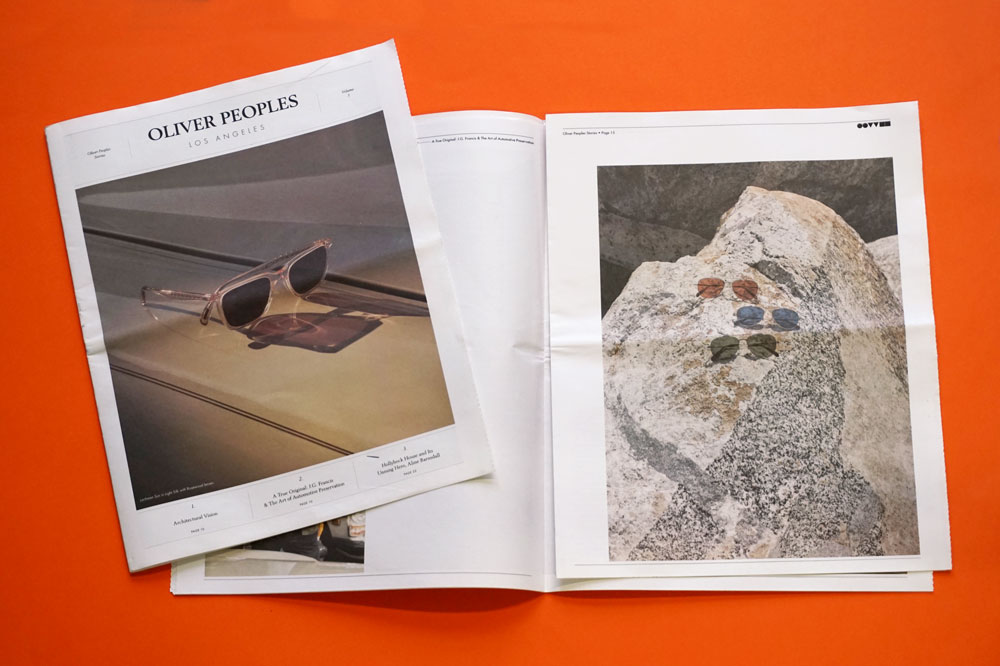 Oliver Peoples Stories is a new journal from Oliver Peoples, the Los Angeles-based eyewear brand founded in 1987. The traditional tabloid, available in Oliver Peoples' retail shops, showcases "the sources to which we return to refill our creative reservoir." The first issue celebrates LA's iconic architecture, from the Griffith Observatory to the Cinerama Dome — sites best viewed through a pair of Oliver Peoples frames. 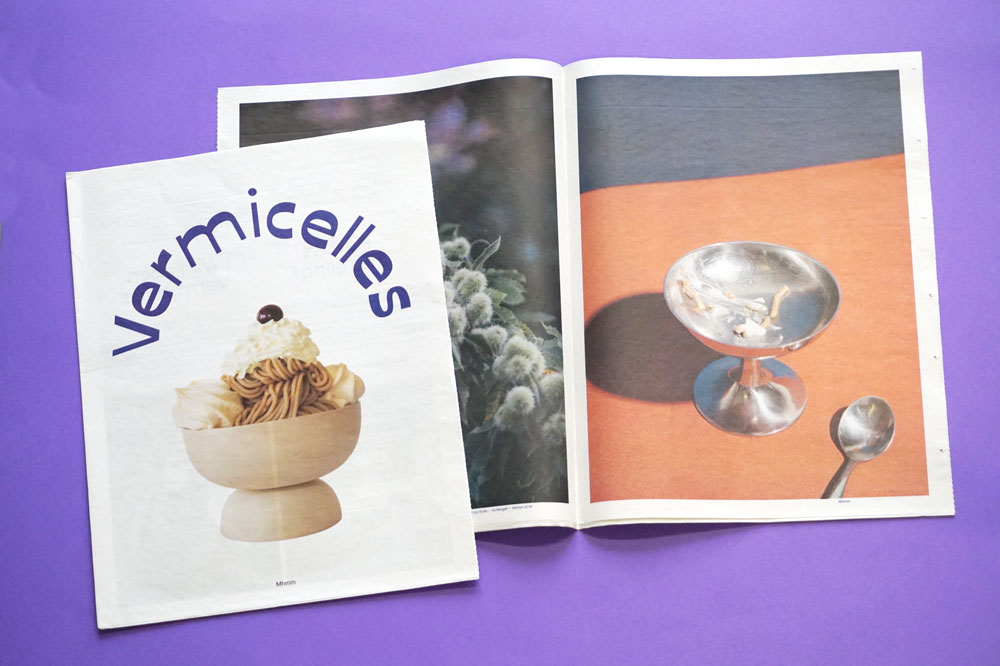 Vermicelles is a traditional Swiss dessert made from spaghetti-like strands of chestnut paste. In November, friends Hanna, Nicole and David opened a pop-up Vermicelleria serving up the seasonal treat in a former gelateria in Zurich. The trio met at design school, so they took the opportunity to create a  whimsical graphic identity for the project — including this digital tabloid, which explores the history behind the dish and shows where the chestnuts are grown. 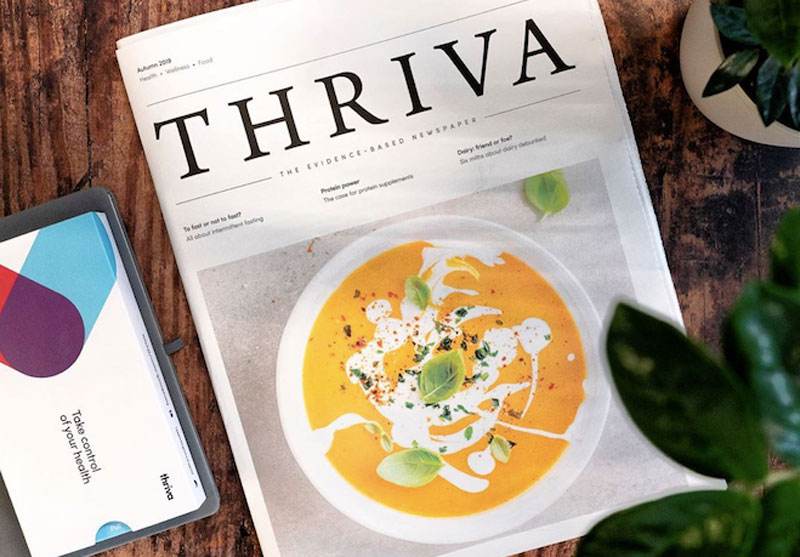 Thriva makes at-home blood tests that are used to provide personalised reports and health advice. They use a traditional tabloid to share health and wellness information in an accessible offline format.“Our newspaper is a way for us to bridge the gap between scientific literature and easy-to-digest content," says Thriva. "There’s a huge amount of misinformation online and a newspaper with evidence-based content cuts through that.” 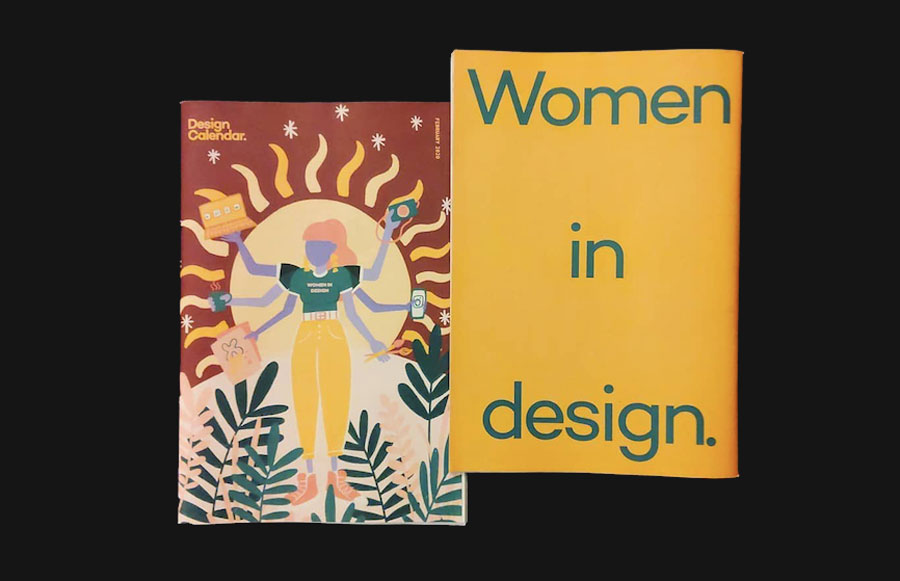 Every month, Design Calendar rounds up the most exciting creative events in cities around the world. The latest issue of the print edition, published on our digital minis, celebrates “women who are shaping and redefining what it means to be a designer in this decade.” Featuring interviews with “femme-friendly” tech community Triangirls, Jessica Walsh of Ladies, Wine & Design, freelance illustrator Josephine Rais and more. Cover illustration by Abi Everett. 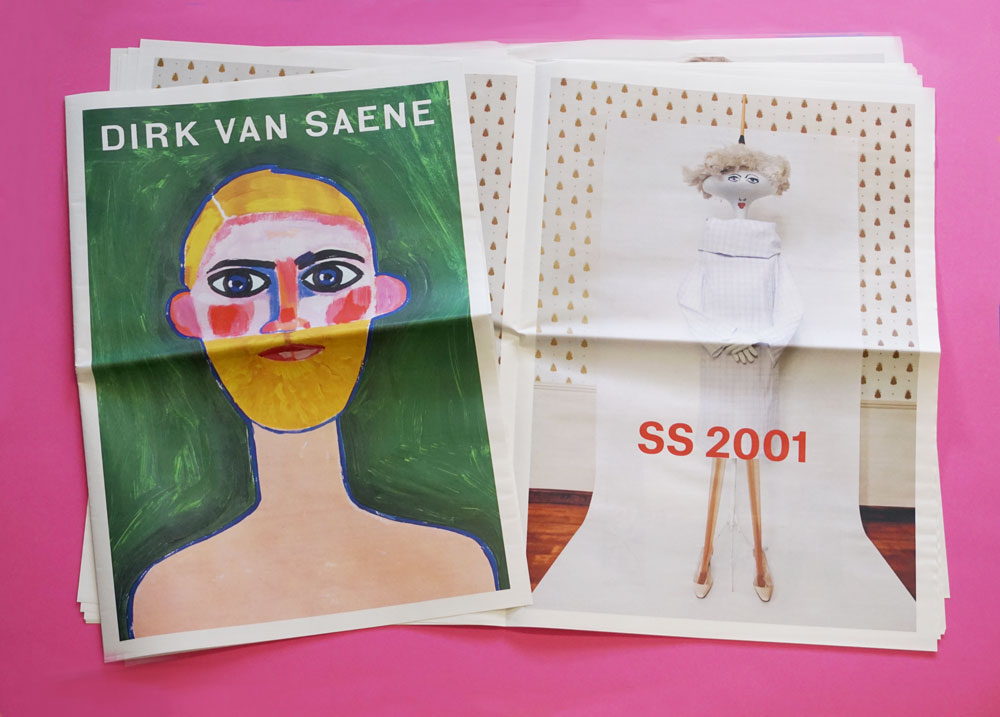 Belgian fashion designer Dirk Van Saene opened his shop, Beauties and Heroes, in 1981 and made a name for himself as one of a group of designers known as the “Antwerp Six”. Today he also creates ceramics and paintings — like the one on the cover of this newspaper! — and teaches fashion design at The Royal Academy in Antwerp.

In this idiosyncratic lookbook, printed on our digital broadsheets, Van Saene showcases designs from throughout his impressive career, all the way up to his latest collection. Designed by Paul Boudens. 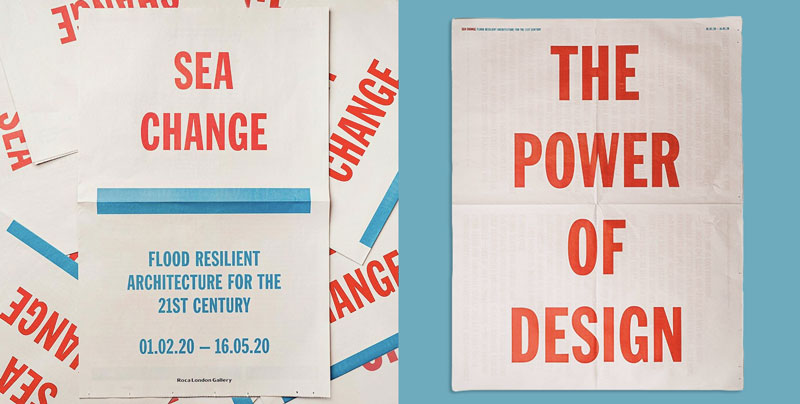 “Sea Change: Flood Resilient Architecture for the 21st Century” is a new exhibition at Roca London Gallery. The show explores how architects are adapting to rising sea levels and includes work from Zaha Hadid Architects, Bjarke Ingels Group and SLA. This newspaper features a series of essays responding to the problem of urban flooding and other impacts of climate change.

“I love the tactility and longevity of print,” says designer Jeremy Kunze. “As well as being recycled, a newspaper meant that we could use these essays in a strong and powerful way.” Printed on our traditional broadsheets. 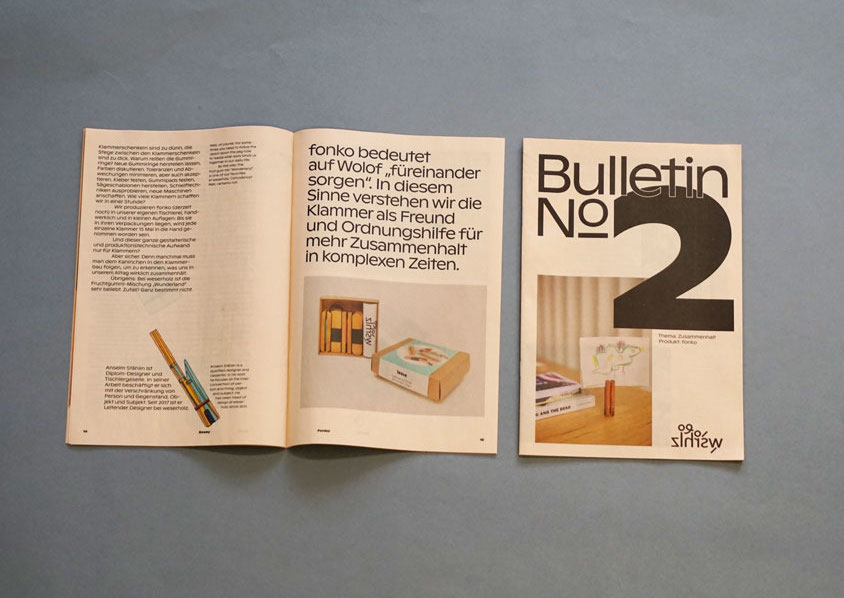 FURNITURE WITH A MISSION

Weserholz is a Bremen-based furniture studio and social enterprise that provides vocational training for young adults. They use a traditional mini newspaper to showcase their products and materials, as well as to explain the company's social mission.

"Somebody holding our newspaper in their hands gets a better feeling of what the brand does and stands for," says Weserholz. “Real stuff, analog work, using all our human senses." 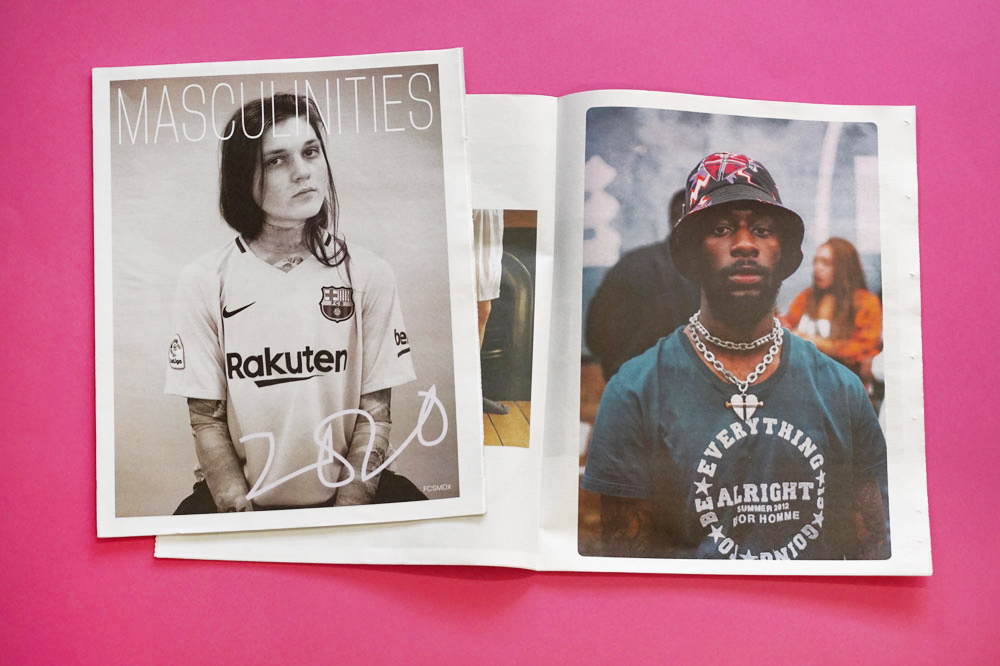 For their mid-year exhibition, students and alumni from the Fashion Communication and Styling course at Middlesex University explore the meaning of masculinity in 2020. This traditional tabloid of essays and photography accompanies the show. "People love the format!" says lecturer Lucy Fine, who edited the newspaper. "It's a cost-effective solution for producing a multi-page show catalogue, but we also like the oversized format and colour quality for our photography." Designed by Helen Delany. 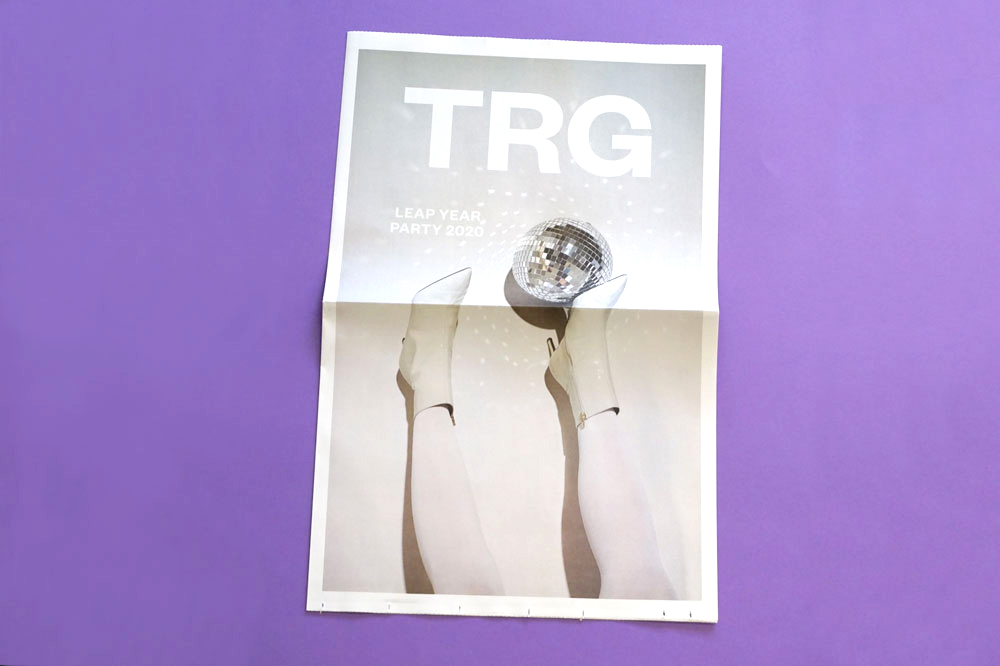 We love this playful, large-format invitation to TRG Multimedia’s leap year party. The Cleveland-based production company worked on the piece with the studio of Christine Wisnieski, who says our super-sized traditional broadsheets “offered the perfect canvas for high quality, conceptual imagery.” 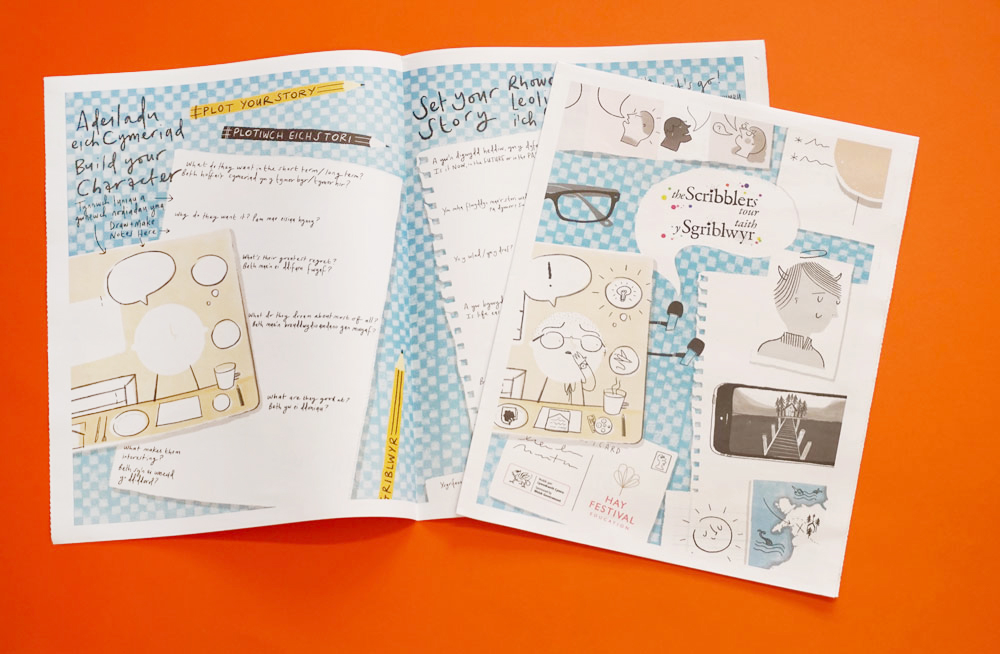 Scribblers, part of the Hay literary festival, will be touring schools across Wales in June. This newspaper, written in both English and Welsh, helps students develop storytelling skills by offering different character prompts (What makes them interesting? What is their greatest regret?) Answers can be written — or drawn! — directly onto the newspaper. Newsprint is a “fun format, with lots of space for creative writing,” says Hay. Designed and illustrated by Cardiff-based Chipper Designs and printed on our traditional tabloids. 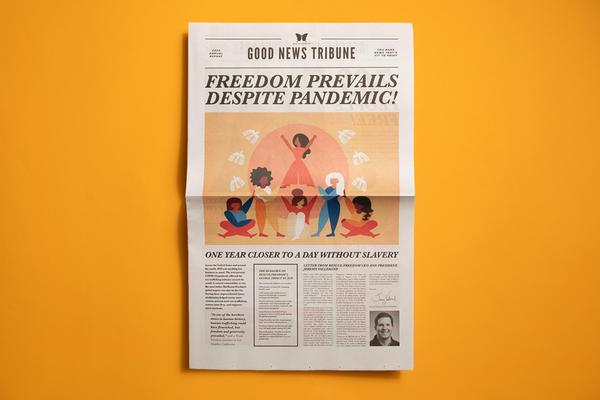 With our presses switched off for the rest of the year, we're taking a look back at 30 front pages that capture (some of!) the many moods... 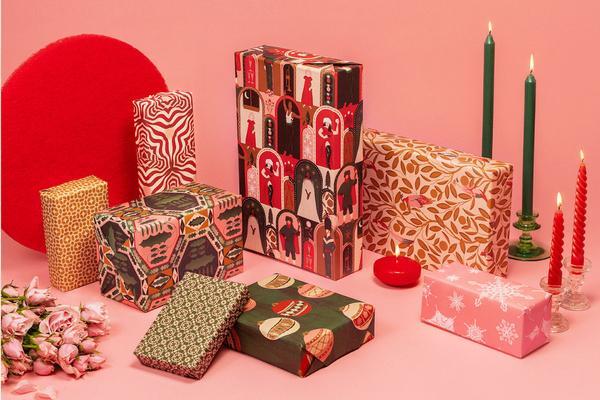 This year we've helped brands all over the world share their stories (and grow their businesses) with newsprint. These are just some of...