How to use your portfolio as a "conversation starter" 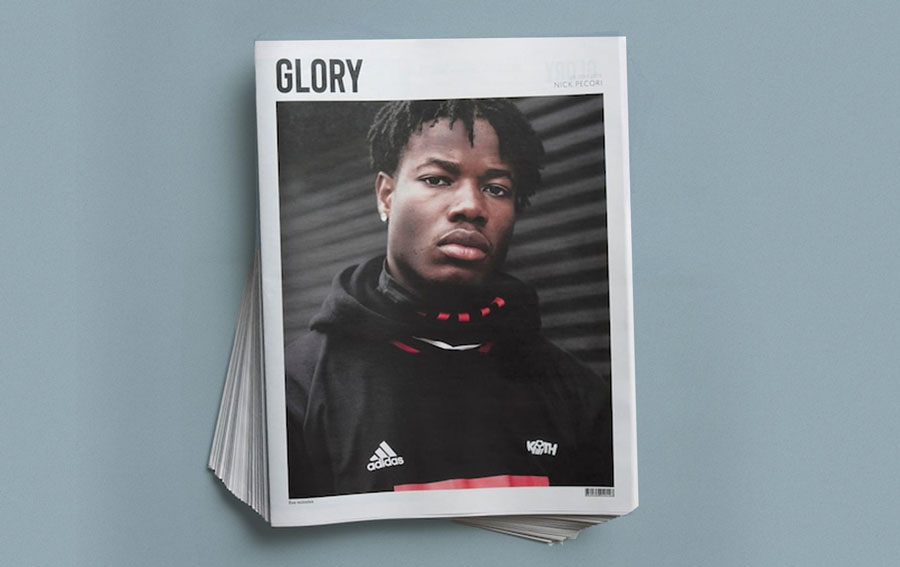 “Most work online is only viewed for a few seconds. I want people to engage with my images and digest each one.” With his Glory newspaper, Nick Pecori offers a thoughtful alternative to the social media feed.

Nick Pecori was first introduced to photography through fishing. As a teenager, he’d use a waterproof camera to document what he caught — one day, he says, a friend suggested that he try taking pictures of people instead. Looking back, it was a turning point in his career.

"I discovered a new side to myself," says Nick, who now considers portraits one of his greatest strengths as a photographer. "My goal is to have people forget they're in front of a camera. I always try to find a common interest and have a conversation with the subject of my photos." 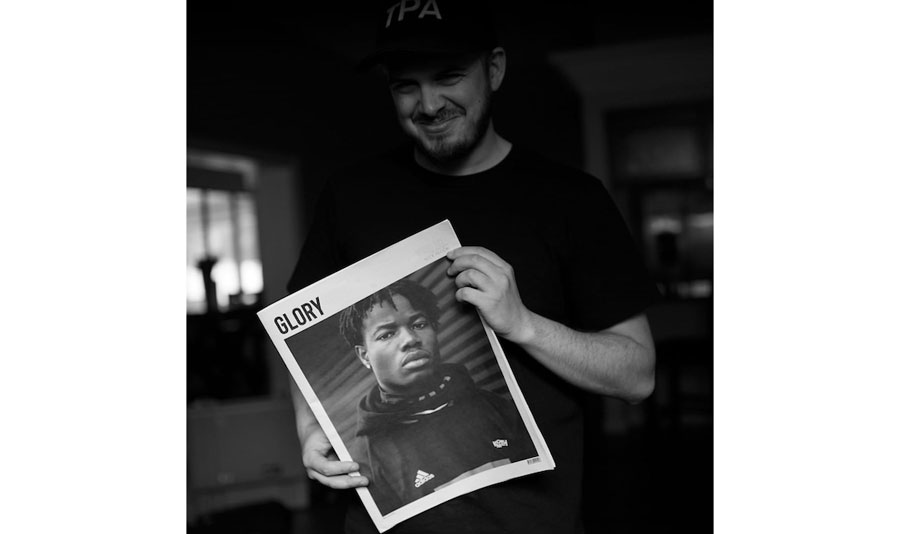 Nick Pecori with his newspaper Glory, printed as a digital tabloid.

Today, Nick is a creator based in Tampa, Florida. He’s also a sports fan, and recently used our digital tabloid newspapers to publish Glory – his photographic ode to Manchester United.

Below, Nick tells us how he used Glory as a conversation starter—complete with a custom box printed with headlines about the team—and explains why it was important to share his work in format people can “touch and engage with, rather than scroll past." 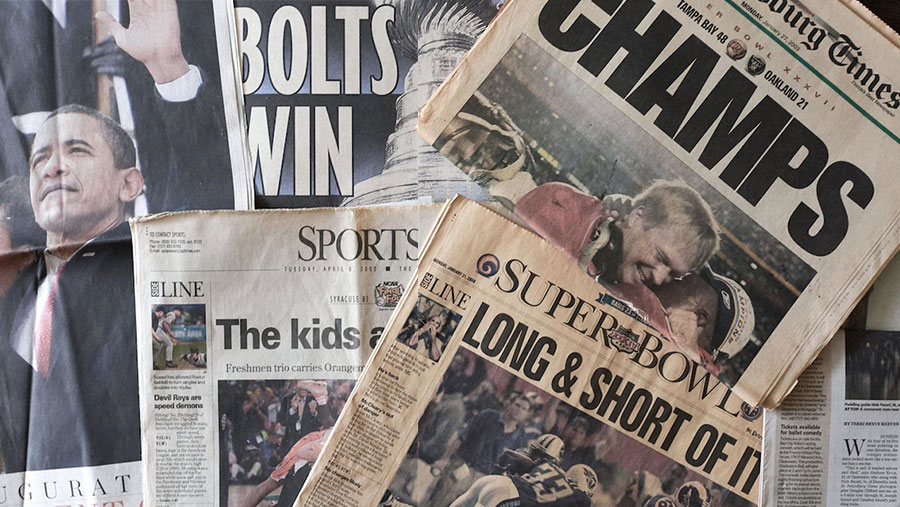 Growing up I would collect newspapers. I have this thing called “the vault” where I store clippings of important moments – whether it’s me or someone in my family being in the newspaper, sporting events or just special moments in time. I keep them in my own time capsule.

"Instead of something to scroll by, I wanted to give
people a page to turn."

I was telling a client about my “vault” one day and suddenly a trigger went off in my head: why don’t I create something like this? I wanted to challenge myself creatively and to create something special and timeless.

Sports have always been a constant in my life, and the culture around Manchester United really drew me in. It’s much more than more than a football club. It’s a beautiful story of victory, tragedy, and resiliency. I wanted this to come through in my project. 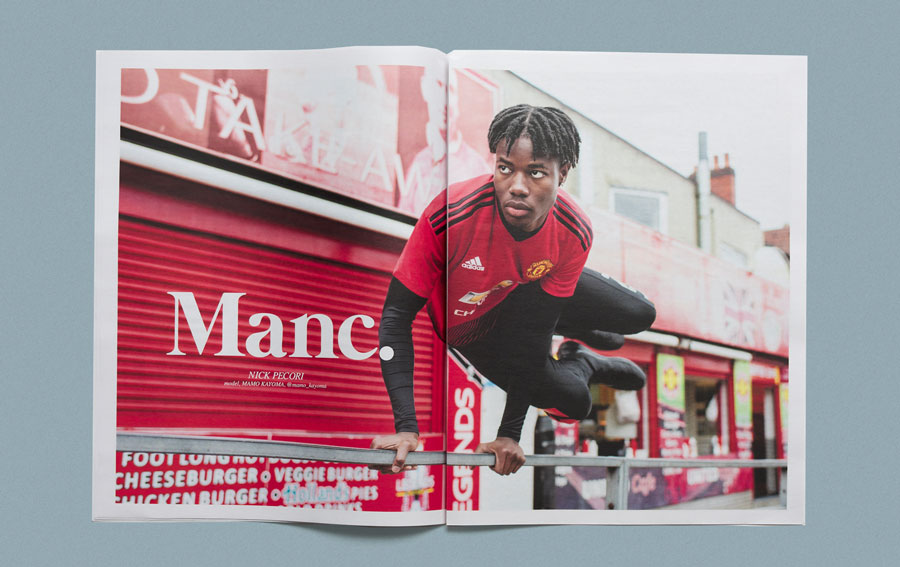 Every year, Manchester United works with Adidas to design a team kit for the season. As an avid supporter, the three new designs and color palettes for 2019 really spoke to me. I felt each color and design had the potential to tell a unique story.

"Rather than being about how many people would view my work, this was about who would see it and who values it."

The title of my newspaper, Glory, references the song that Manchester United fans sing on game day.  It showcases three photo series, each focusing on a different kit from the 2019 season. I shot in Miami, Manchester and Oceania and the colour of each kit aligns with its setting. You can see each series in full on my website. 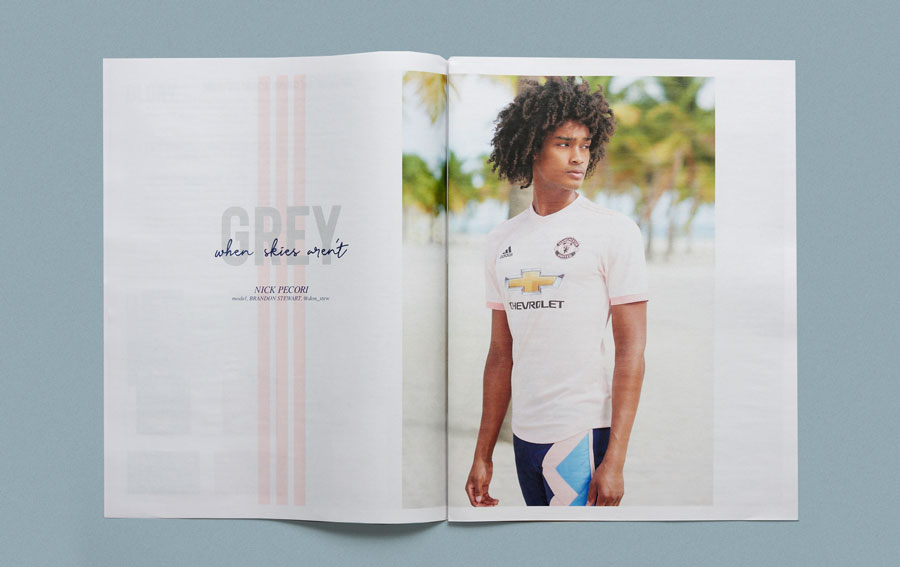 I created Glory because I felt a void in how we share photos today. We put our heart and soul into creating these photos just to post them on social media, which isn’t really fulfilling. I wanted people to really digest what I had created – instead of something to scroll by, I wanted to give them a page to turn.

"The newspaper was a real conversation starter and allowed me to connect with a network of creators I never thought I’d meet."

There are lots of small details that require attention to notice. One of the tiniest details is on the barcode. Where the standard barcode numbers would be, you’ll instead find a code: “20X20XISAY”. These are lyrics from another Man United chant, “20 Times."

Details on the front cover of Glory.

The newspaper doesn’t have a price. On the front cover, where you’d normally find one, I’ve asked for “five minutes”. While most work online is only viewed for a few seconds, I want people to engage with my images and digest each one.

At the end of the newspaper I included QR codes that people scan to watch behind the scenes videos from the shoots and learn more about the project and my work. 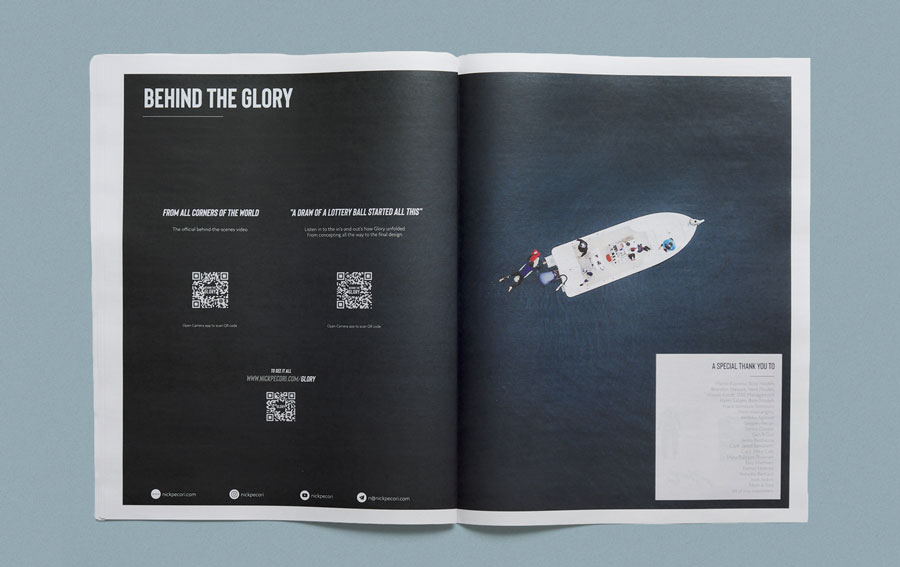 The newspaper took about 2 months to put together, including waiting time between proofs. I was shocked by how easy it was to print with Newspaper Club. The support team replied to all my questions quickly and honestly — they killed it. 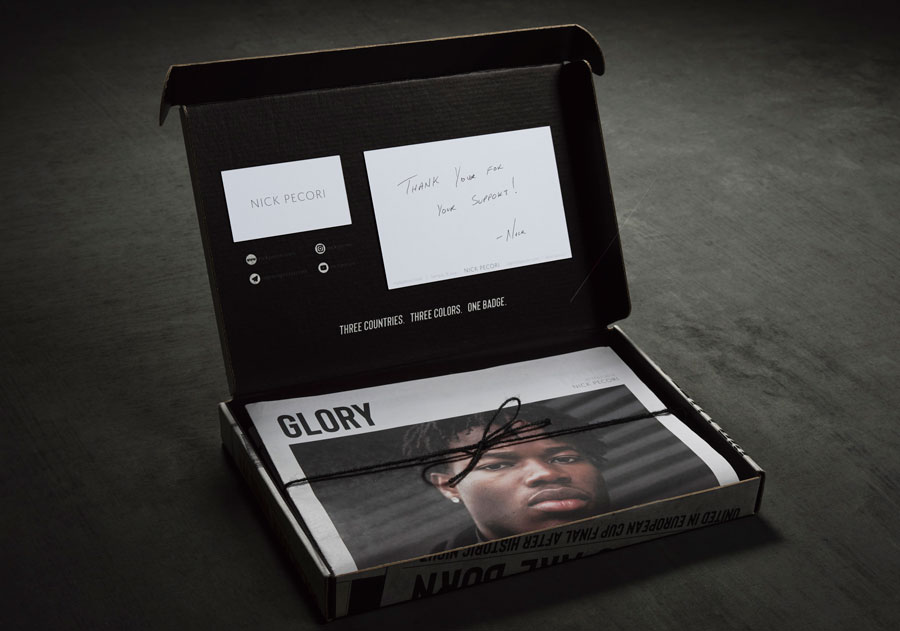 I designed a custom box to package my newspapers and set the tone for the story inside. On the front I just printed my name — the back of the box is where the storytelling begins.

Front and back of the box Nick used to send his newspapers.

I recreated headlines and newspaper clippings from some of the most important moments in Manchester United history. These range from low points, like the Munich air disaster that killed 23 people including 8 Man United players, to the high points, like the team's “treble” season in 1999.

"I felt a void in how we share photos today. We put our heart and soul into creating these photos just to post them on social media."

I sent the box with my newspaper to people who have supported me or who I’d love to work with. Rather than being about how many people would view my work, this project was about who sees my work and who values it. 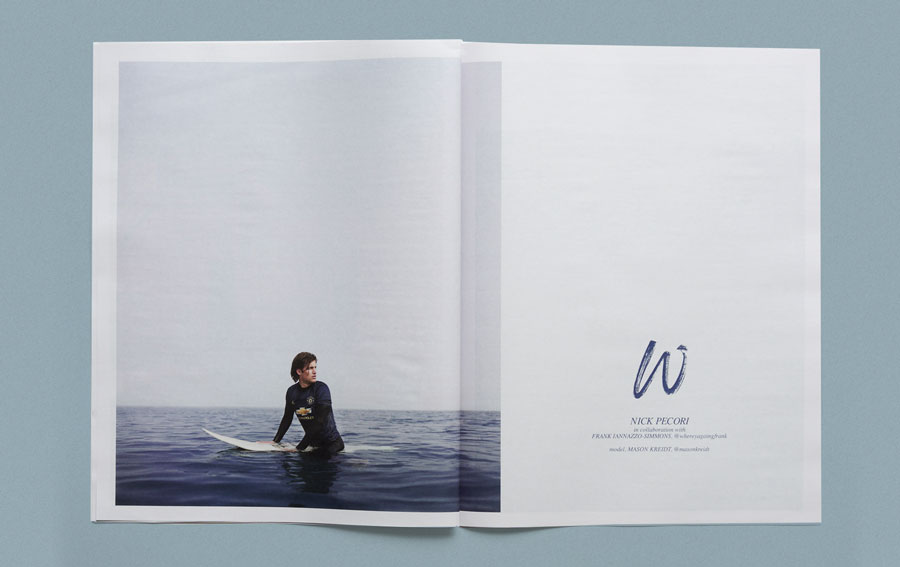 The response to Glory has been unbelievable. The newspaper was a real conversation starter and it’s allowed me to connect with a network of creators and sports fans I never thought I’d meet. One unintentional but powerful outcome was to see people sharing Glory on Instagram. It turns out a newspaper is a great form of guerilla marketing! 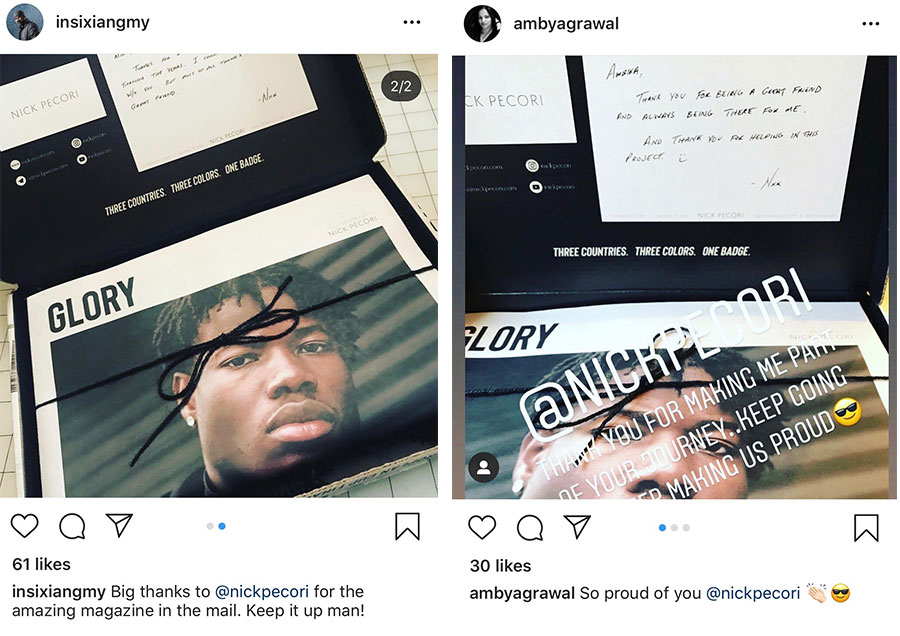 I feel like Glory is truly a reflection of my interests and ambitions and everything I’ve learned so far in my career. I can’t explain how gratifying it was to reach the end of this project and hold the finished newspaper in my hands. I made this for that one person who’s going to find it in a pile of stuff 30 years from now — just like my personal vault.