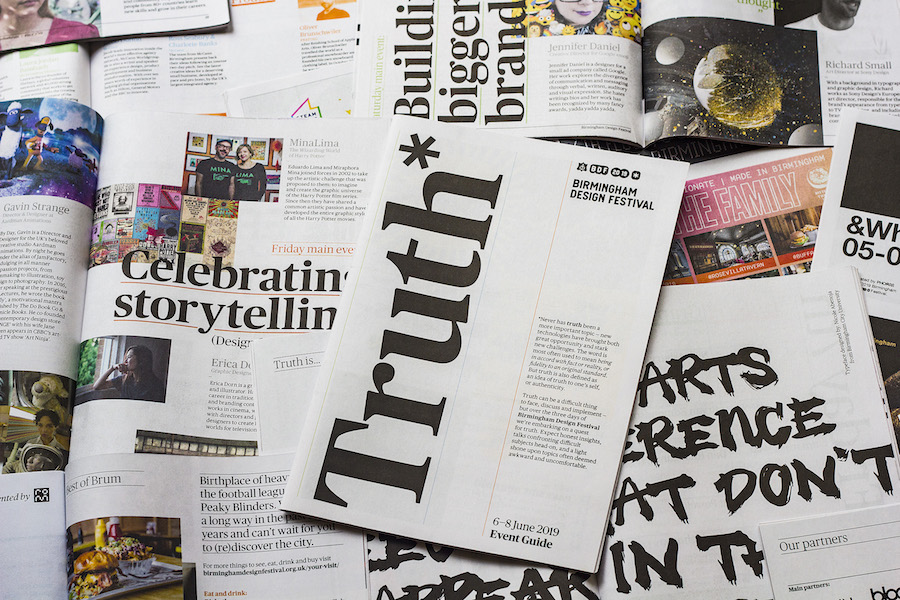 Launched in 2018, Birmingham Design Festival (BDF) is a celebration of the entire design industry – from print to animation, product design to architecture – held over 3 days in June in creative spaces across the city.

This year's events are organised into three "districts": digital, graphic and product. Over 60 speakers, including designers such as Verònica Fuerte, Liam Wong, Michael Johnson, Dan Rhatigan and Alice Tonge, will be giving (free!) talks and there's also a programme of workshops, tours and exhibitions.

To promote the festival they've been distributing festival guides, printed on our mini newspapers, around Birmingham. Below, co-director Luke Tonge tells us about the theme of this year's festival and what they've learned about running the city's first big design event. 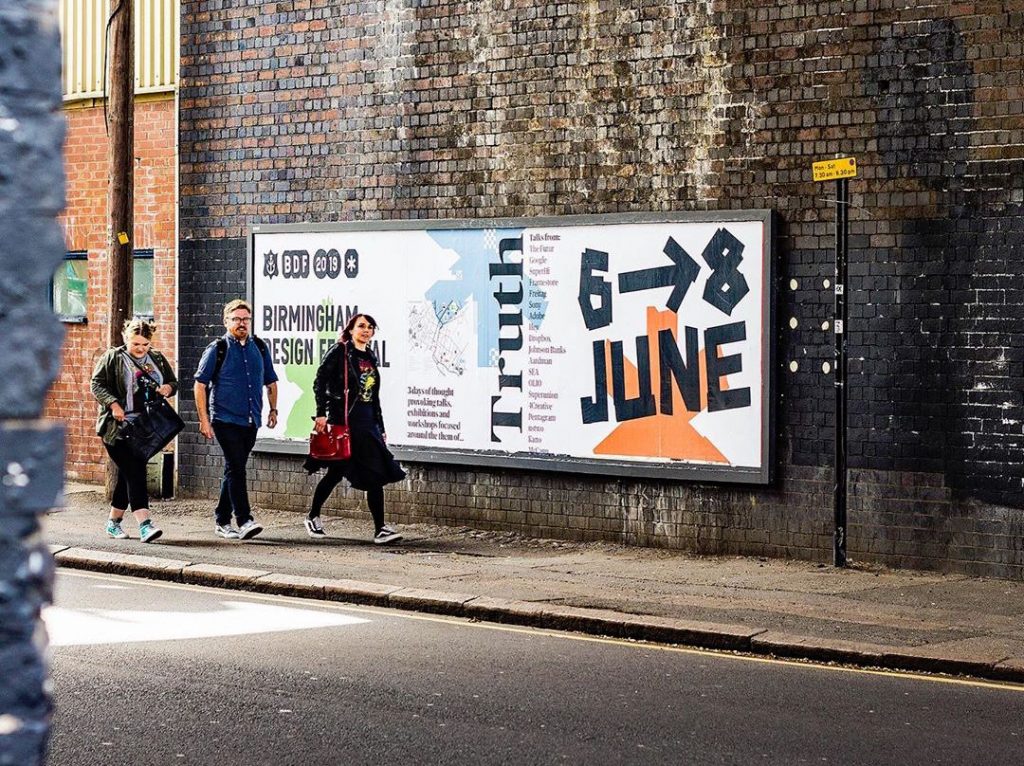 What is the vision for Birmingham Design Festival and how have people responded?

We started developing the festival in 2017 to give Birmingham a flagship event to showcase the city and improve its reputation in the design community. In addition to that, we wanted to bring lots of people we admire to the city so we could hear more about them and their work, without paying the typical high prices!

Both myself and festival co-founder Dan Alcorn were surprised at how smoothly things went as with so many moving parts you expect at least a few to go belly up. We are incredibly fortunate to have the support of many likeminded friends, supporters and sponsors. Feedback was overwhelmingly positive, so we couldn't have wished for a better launch. 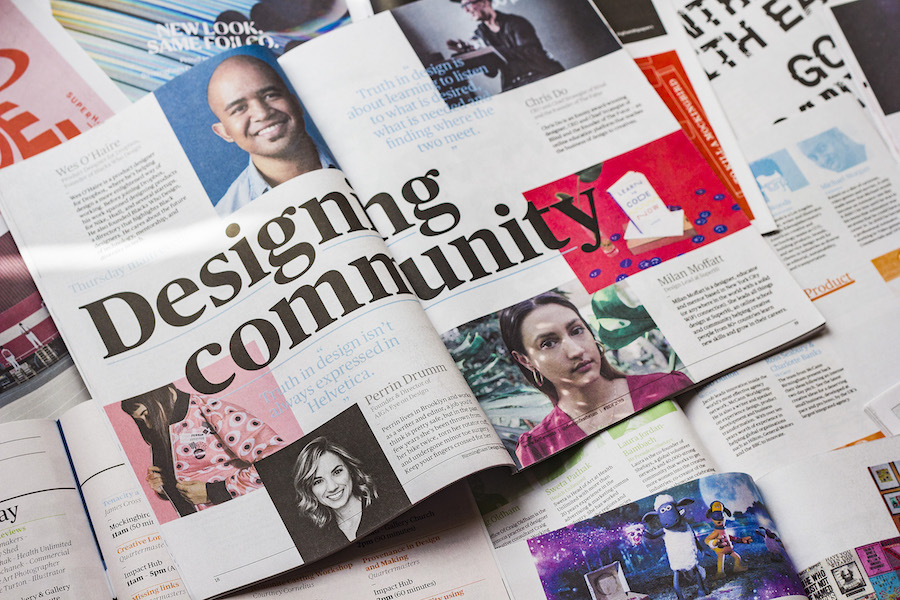 What did you learn from that first event and what's different about this year's edition?

We learnt so much! That it takes a small army to put on an event of this scale, that there are some incredibly generous and wonderful people out there, that it's hard to engage an audience who are used to being put down, that great things happen when people get together and share their passions.

This year we've put many of the learnings from BDF2018 into action: trimming the length of our days and the festival as a whole, changing some venues and adding new sponsors. One thing that hasn't changed is our revolutionary pricing approach - totally free daytime talks, and low-cost evening events which help make the free talks possible. 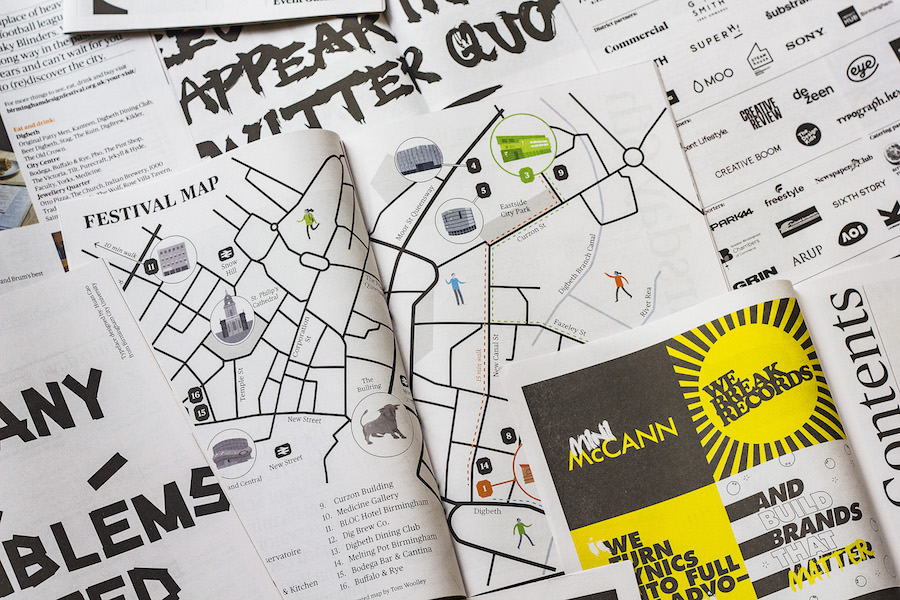 The theme for BDF this year is "Truth". What inspired that theme and how is it informing the talks/workshops?

Looking back now I find it odd we even discussed other themes, as Truth is so pertinent and important, now more than ever.

We all feel like we want BDF to offer a real and heartfelt experience for our guests and speakers - we care deeply about the industry and believe only by confronting and speaking truth to some of the ills and negative stereotypes will things change for the better. No one wants to be made to feel inferior or that success is out of reach, so it's helpful to hear the honest accounts of how work and studios we all admire really happens. 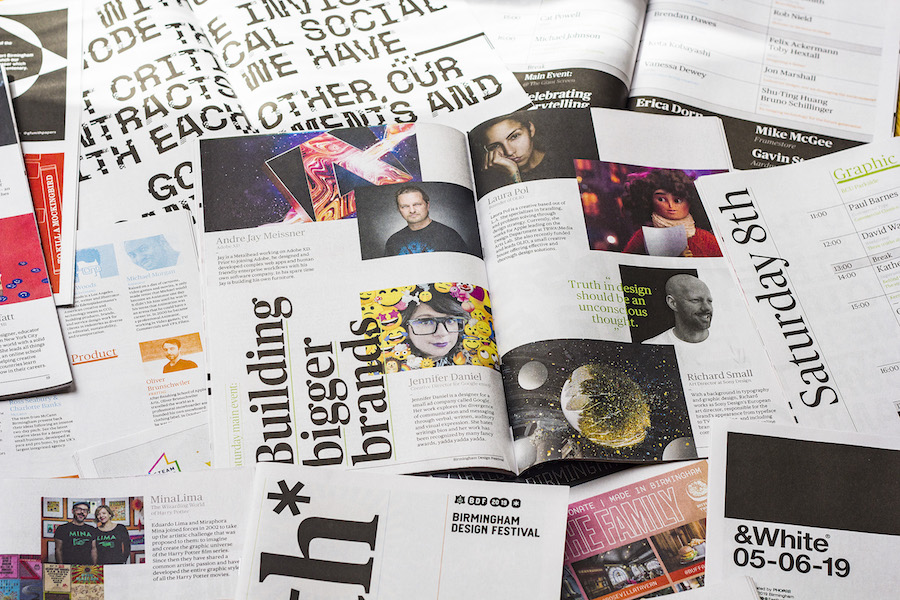 The line up of speakers is amazing! Are there any talks or workshops you're especially excited about?

We work very hard year-round to put together a programme of representative, surprising and crowd-pleasing speakers - and we all have our favourites. There's so many I'm excited about this year: free talks from designers such as Verònica Fuerte, Liam Wong, Michael Johnson, Dan Rhatigan and Alice Tonge, plus presentations from Extinction Rebellion and Freitag.

We're fortunate to have some incredible talent with us running workshops: Jim Sutherland and Louise Sloper running TypoCircle session; Chris Do bringing his sought after style of design and business advice; Ian Barnard's Procreate workshops; graffiti-spotting canal walks – there's something for everyone. 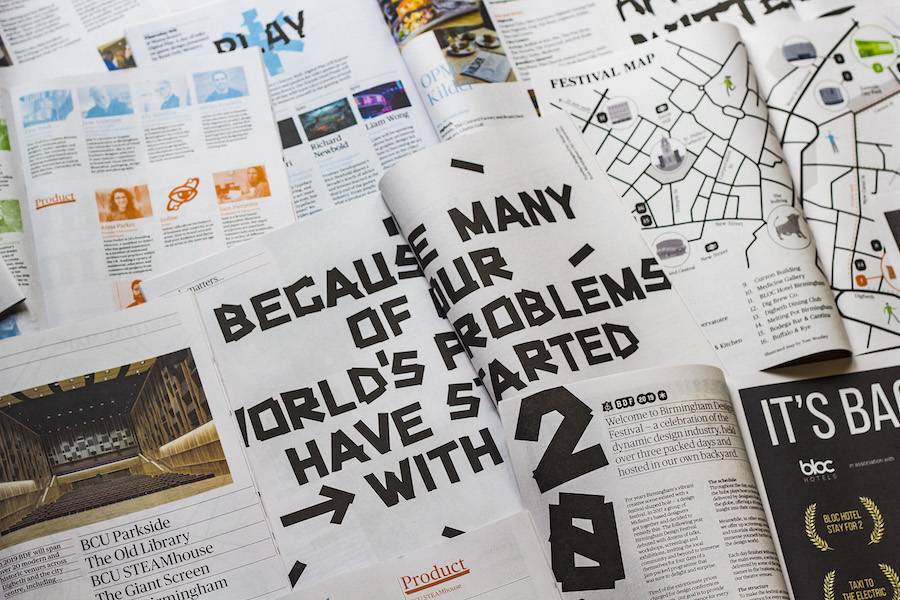 How are you using newspapers to support BDF?

We're all longtime fans of both newsprint and Newspaper Club, so this year when thinking about what best represented Truth in terms of format and substrate, we thought what better than the classic delivery method of trusted information – a newspaper.

We love how tactile and honest newspapers feel, and how handy and functional the mini format is. We've distributed a thousand guides across the city and another thousand will be given out in our attendee packs. So far the response has been fantastic, so we're excited to see them in action later this week!