Inside 2019's Malofiej World Summit, the "Pulitzer of Infographics" 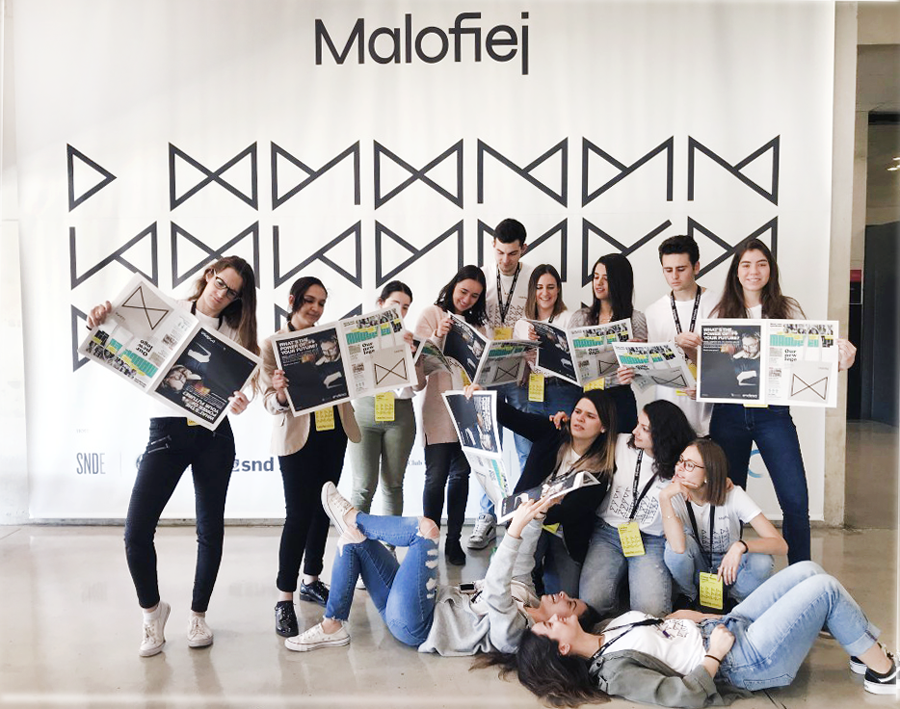 In March, designers and media professionals from some of the most esteemed news publications in the world—including The New York Times, Reuters and ProPublica—gathered in Pamplona, Spain for Malofiej, a conference and awards devoted to journalistic graphics.

Now in its 27th year, the event has been called the "Pulitzer of infographics." After nearly three decades celebrating newspapers, they produced one of their own for the first time using our digital tabloids, as part of the launch for their new brand identity.

Below, we speak to Javier Errea, president of the Society for News Design (SNDE) and coordinator of Malofiej, about this year's award winners and the biggest changes in information design over the event's 27 year history. 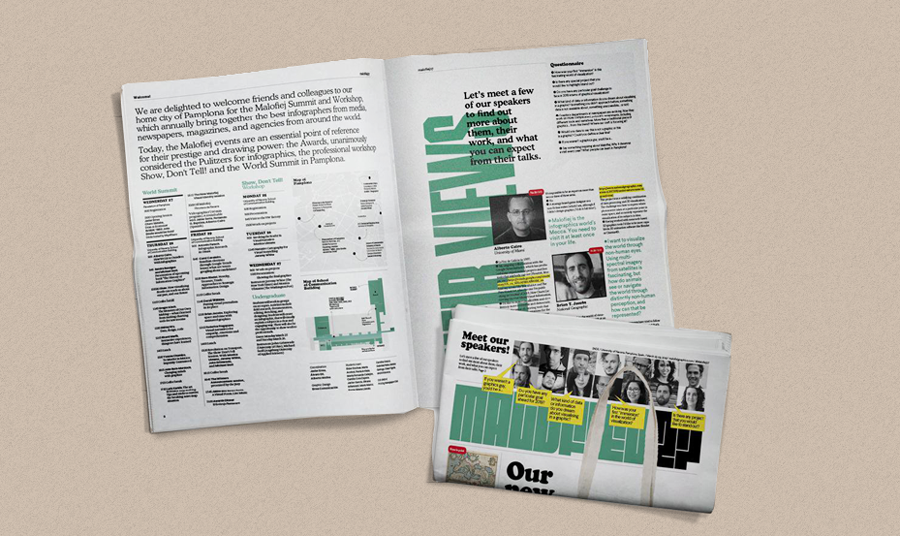 This year was the 27th edition of Malofiej. How has information design changed since the conference started?

The industry has changed dramatically. When we launched the first conference [in the early 1990s], digital publishing didn't exist at all. I remember our initial call for digital entries, and how few submissions we received. 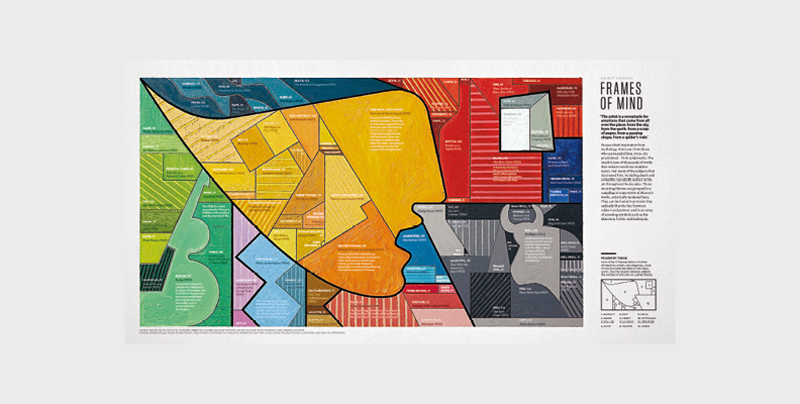 A few years ago we had to split the print and digital categories to accommodate all the entries. In 2019, digital entries surpassed print entries for the first time. Digital information design, graphics and data-viz have revolutionized journalism and newspapers. The New York Times 2020 Report underscores the importance of this kind of visual storytelling. The report is the key guide for the industry’s future, and it is amazing to see how the Times is adapting to the demands of a digital audience. 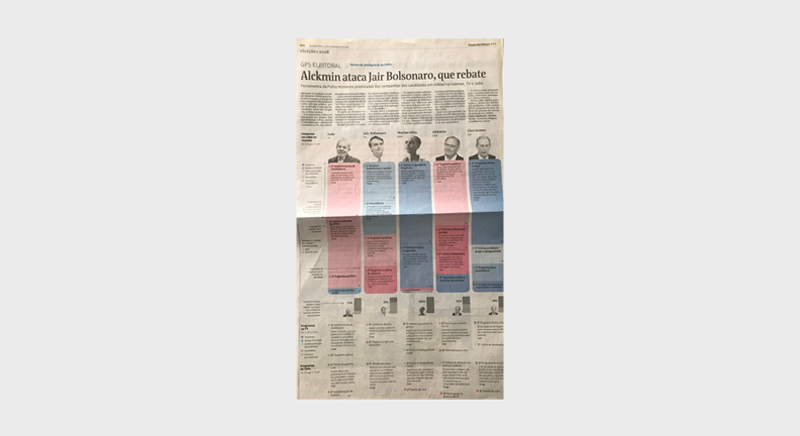 Who were some of the big winners at Malofiej awards this year?

The Endesa Best in Show awards went to National Geographic in the print category and Reuters in the digital category.

National Geographic was celebrated for the simplicity and engagement of its infographic "When Children Lack Nutrition" (pictured below), which was created by Alberto Lucas – the first time a graduate from University of Navarra has been awarded.

Climate change and environmental issues were key in Reuters' winning entry, "A window into Delhi’s deadly pollution". They developed an incredible tool to track the degree of pollution during throughout the day in Delhi, India.

The New York Times and National Geographic dominated the gold medal awards. But this year many smaller news outlets from countries such as South Korea, Indonesia and Guatemala were awarded silver and bronze medals, which is remarkable. 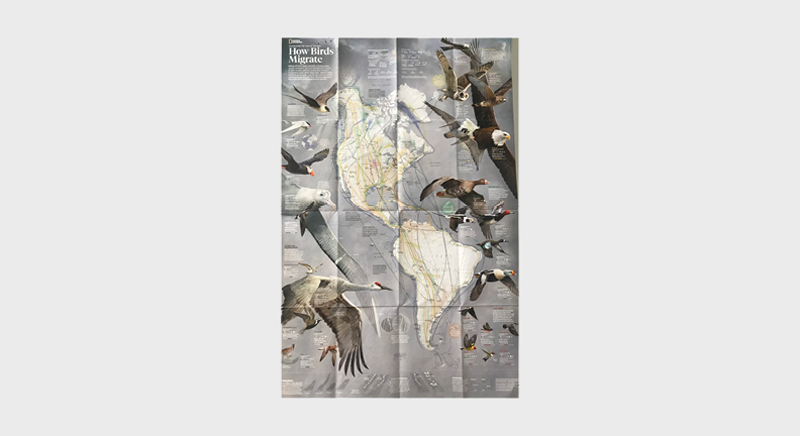 What do you think the role of print is in today's information design?

Print offers a different, absolutely necessary way of understanding. Notice what The New York Times is working on exclusively for print readers. It’s not about nostalgia.

Print and digital serve different functions. Our big mistake was to offer information for free and to treat print as a redundant brief of what had already been published digitally. Print is much more than mere summary, it provides a global sense of the day. 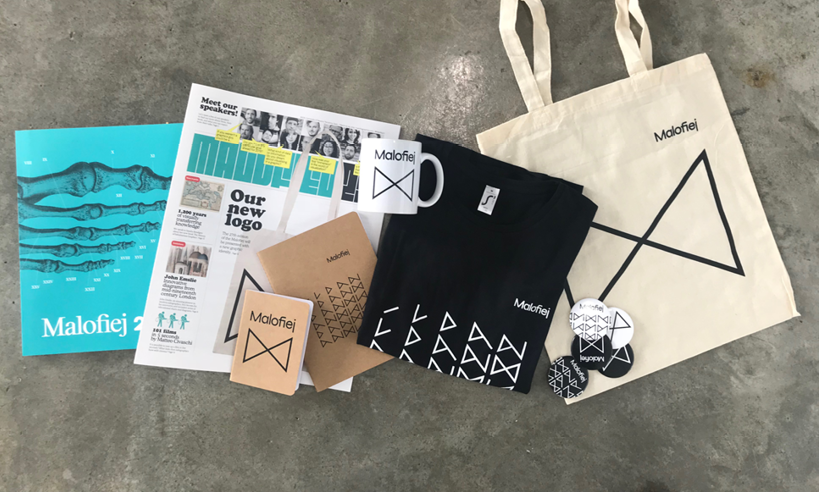 You introduced a new identity for Malofiej this year (pictured above). What changed and why?

We realised that after 27 years – almost three decades! – Malofiej didn't have any clear, recognisable brand. We used to create annual logos and visual approaches for fun, but recently decided that a consistent brand and visual identity was important to promote the event and build the community.

We now have a simple, black and white logo that resembles an M [for Malofiej] and also looks like a bow tie, which signifies elegance, clarity and significance – we believe the news is all of those things! 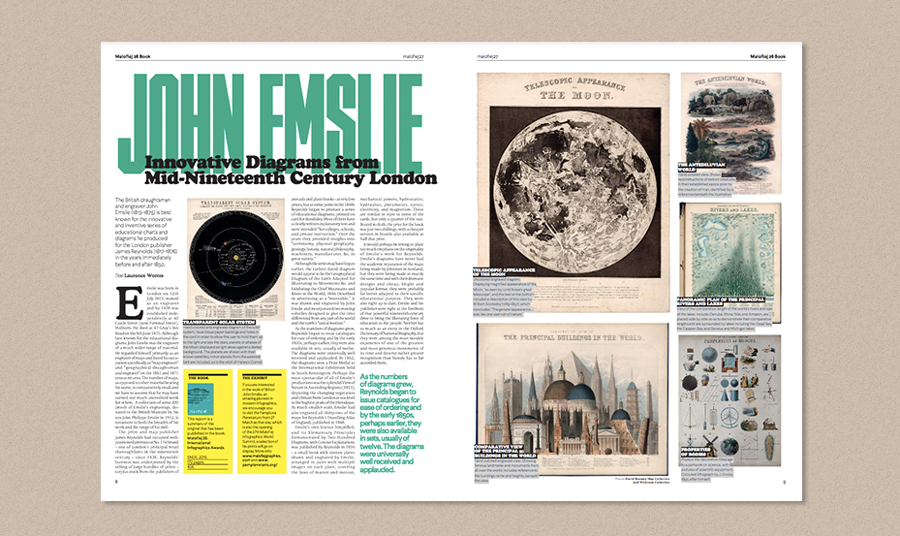 You also published a newspaper this year! What's inside?

The programme is printed as a tabloid newspaper for the first time. We wanted to give participants something more unique than a conventional brochure – a real newspaper with interesting features and essays. The design is a pretty traditional newspaper layout, using classic typefaces like Cooper, for a modern but classic feel. 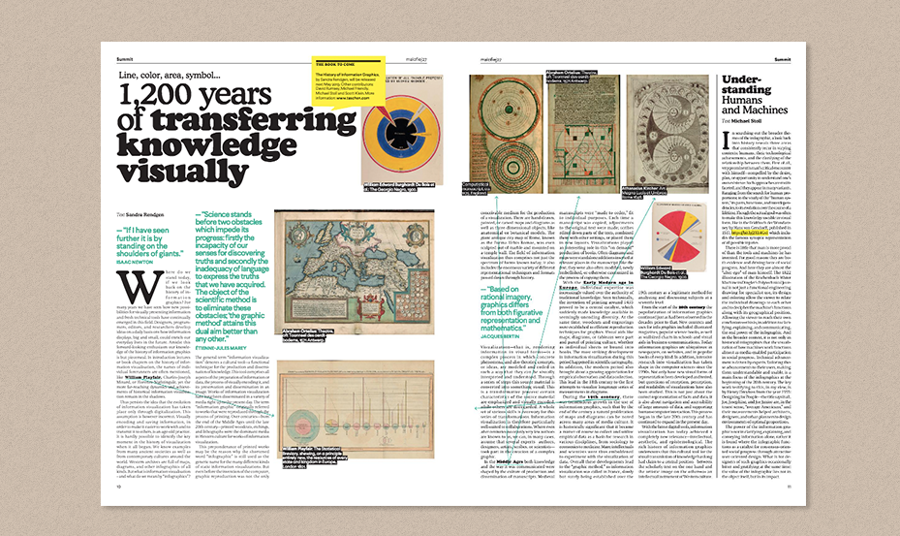 What do you think is special about the newspaper format?

First, the tactility. In our digital world, touch is an increasingly memorable experience.

Then there’s sense of meaning and awareness: you have all that’s fit to read about the day. The digital word is chaotic, where print has a hierarchy and an order. Pagination is an unbeatable navigation experience.

And finally, the most important quality for me: print newspapers have a front page. And a front page is the essence of journalism. 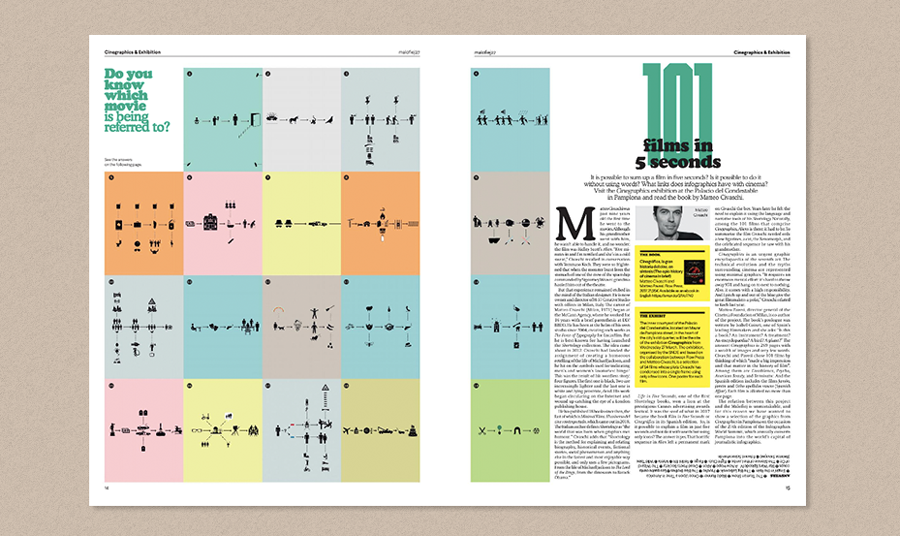 What do you predict with be the biggest change to print publishing by the time of next year's Malofiej?

Ufffff! Who knows what else is coming? But print will be there, full of energy!