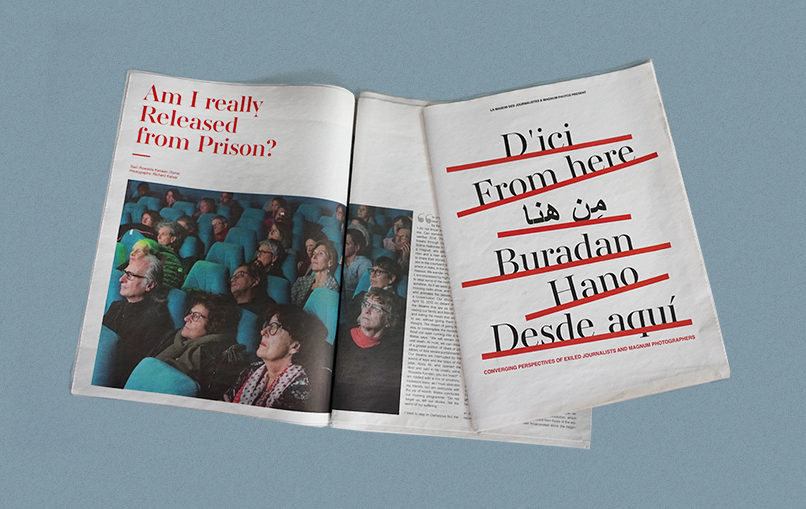 Initiated by UNESCO in 1993, World Press Freedom Day happens every year on 3 May. The global event works to raise awareness of the value of an independent press and celebrate the journalists who defend it. This year, photo agency Magnum, which represents some of the most renowned photojournalists in the world, is marking the occasion with an exhibition on the walls of Paris City Hall.

D’ici / From Here pairs writing by eight refugee journalists living in France with images by award-winning Magnum photographers including Paolo Pellegrin, Stuart Franklin and Cristina de Middel. Organised in collaboration with Maison des Journalistes, an NGO that supports journalists seeking refugee status, the project confronts experiences of “exile, repression, resistance...and the difficulties to adapt to a new life far away from home.”

Alongside the exhibition, Magnum is distributing 40,000 copies of a free newspaper featuring the photos and texts. Newspaper Club was pleased to support the project by printing the English edition of the newspaper as a traditional tabloid.

In the interview below, Christophe Calais, Content Director at Magnum Paris, tells us about the origin of the project and the role print plays at Magnum.

What is the idea behind the D’ici / From Here exhibition?

A refugee once asked me, after he had been resettled in the USA from his wartorn home: “How can you be happy when you are far from your land?”

The title D’ici / From Here was chosen to echo the notions of “exile” and “refugee”. The eight journalists who contributed to the project all had to leave their respective countries because their lives were threatened. Today they are refugees in France, but even if they are physically here, their souls are still in their countries. 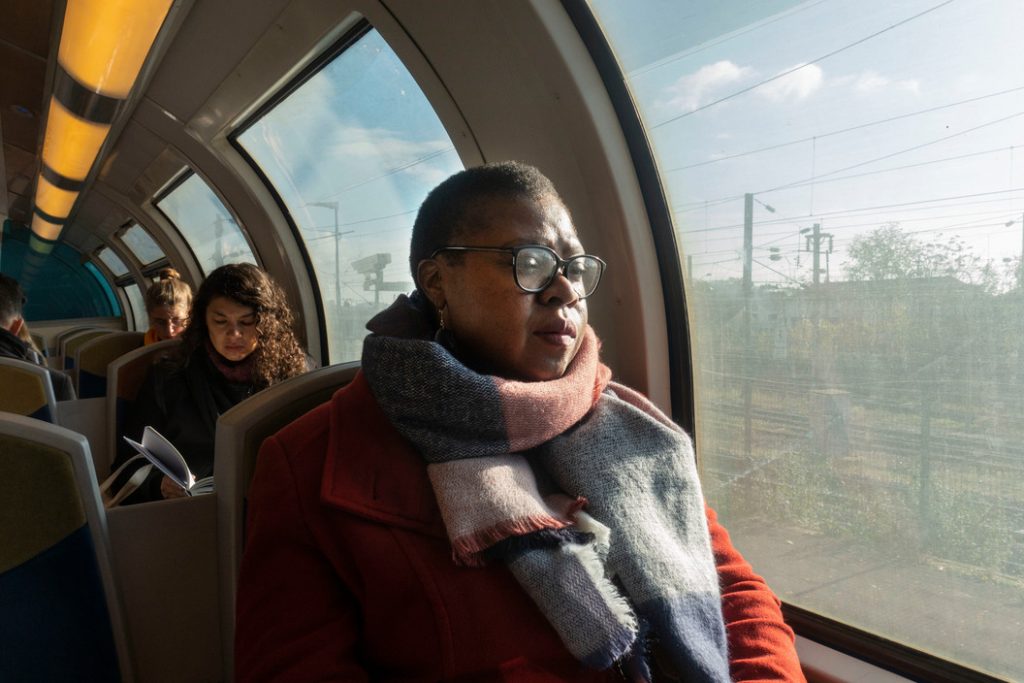 FRANCE. Paris. October 2018. Thelma Chikwanha, journalist from Zimbabwe, political refugee in France. Thelma is going to visit the family which welcomed and hosted her when she arrived, at Mantes-la-Jolie. She considers them as her family in France. Photo by Patrick Zachmann

The exhibition reflects our commitment to print journalism, by presenting the pages of the newspaper publication that is at the core of the project. We are exhibiting the layouts with each double-page spread reproduced in a large format.

Why did you want to publish a newspaper alongside the exhibition?

I consider making a newspaper to be the quintessence of editorial. It is a fantastic source of information and inspiration. It invites you to read things you wouldn’t have read online and find big stories and ideas hidden in the news. 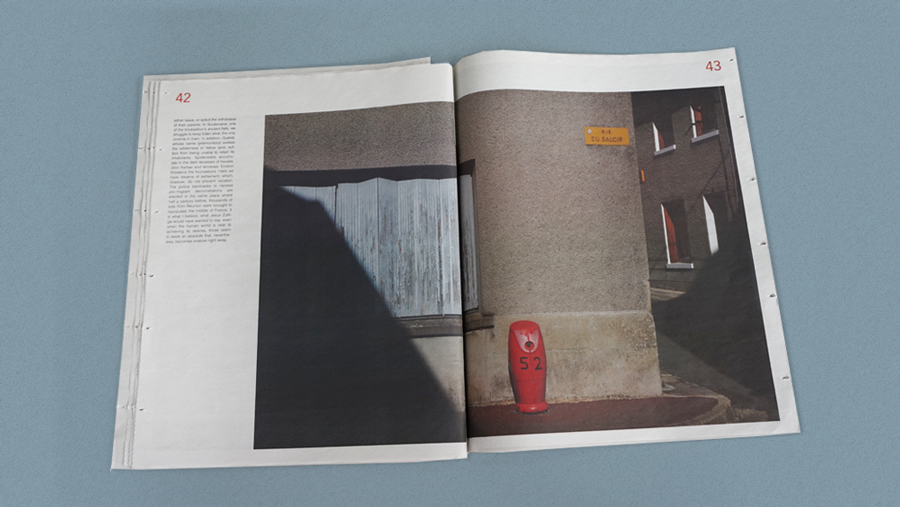 Last year we partnered with Newspaper Club to produce Magnum Chronicles: A Brief Visual History in the Time of ISIS, a newsprint publication curated by Magnum photographer Peter Van Agtmael. Copies were provided for free to a broad international audience and the project has been a great success. The D’ici / From Here newspaper will also be provided for free in high schools, at journalism festivals and even in prisons.

How did this project come together?

The Maison des Journalistes (MDJ) approached Magnum Photos for a potential partnership and we proposed a project combining the perspectives of MDJ’s exiled journalists with the work of Magnum photographers. MDJ shared the idea with their community of exiled journalists and eight were willing to participate. It took a year to complete the project. 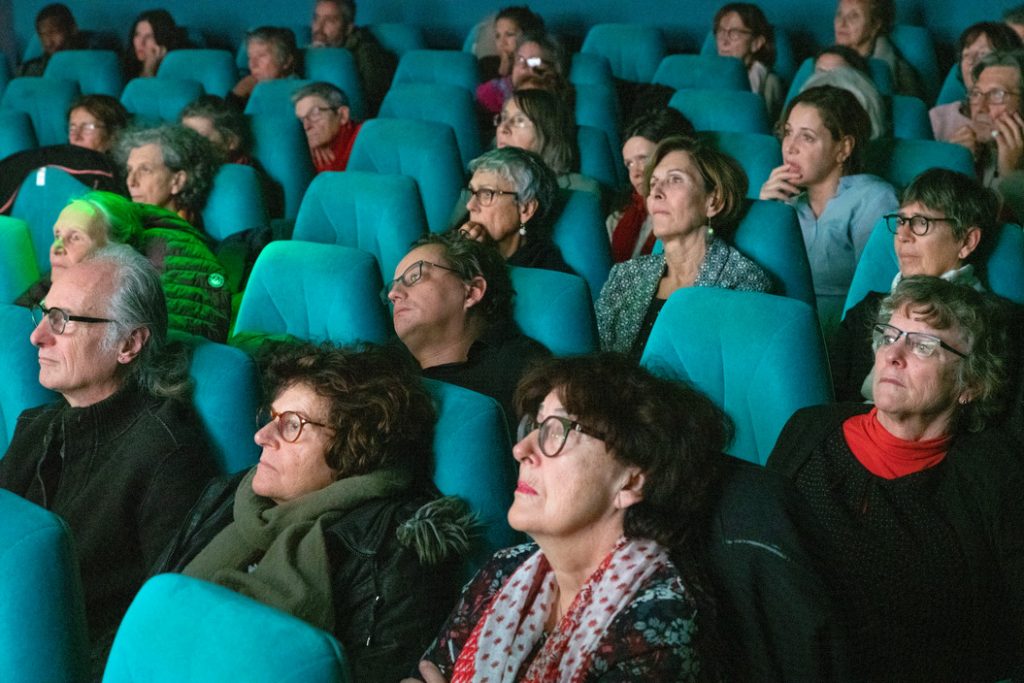 FRANCE. Chambéry. 2018. Syrian theater group. Audience viewing a projection of a film about the X-Adra play, and exchange with the public, at a local cinema. Photo by Richard Kalvar.

Initially I was interested in having the exiled journalists’ personal views on France today, because it is the place where they all live now. France is in an interesting juncture in its history, with a lot of fraught social issues, and I was curious to have their views on this. But in the end each article primarily reflects the journalists’ personal experiences, rather than reports on contemporary France. There was a need to share their experiences and the project was the first opportunity for many of them to write and be published after they had to curtail their journalistic activities in their countries.

How did you make the decisions about which photographer to pair with each journalist, and how did they work together?

The decision was based on the angle of the story proposed by the journalists. Connections with our photographers’ areas of interests or existing personal projects happened almost naturally.

For instance, one of the proposed stories was about the migrants situation in a remote area of France – the so-called “peripheral France.” This is a topic Jerôme Sessini has been documenting for the past couple of years. The same goes for the stories about detention in prisons that converged neatly with Paolo Pellegrin’s ongoing series on French prisons. 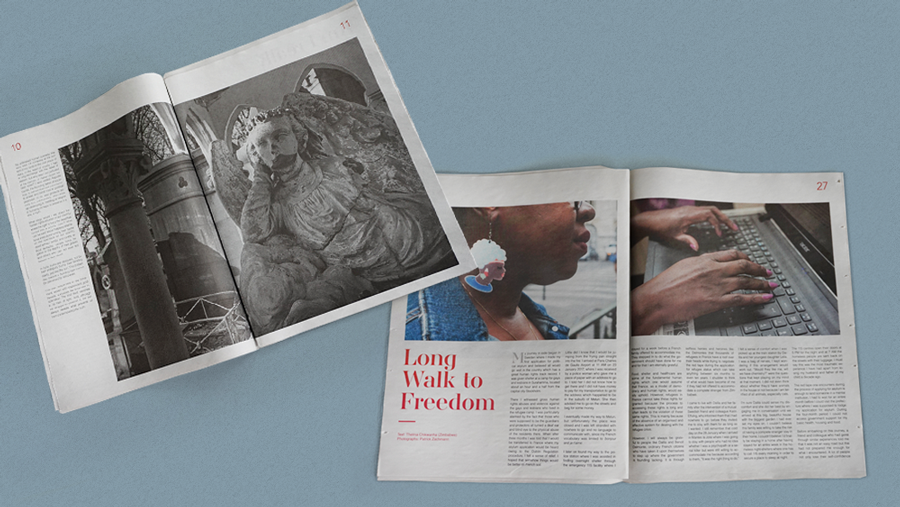 Some photographers worked directly with the journalists – this was the case with Stuart Franklin, Gueorgui Pinkhassov, Patrick Zachmann and Richard Kalvar – while others worked independently.

Magnum’s archives were also used. The Turkish journalist Beraat Gokkus, whose poetry compares life in exile to the existence to a stray dog, selected pictures of stray dogs from the Magnum archives.

Why is World Press Freedom Day important to Magnum Photos?

Freedom of expression, and its corollary press freedom, has always been at the heart of Magnum Photos’ values since its creation in 1947.

The founders of the agency – Robert Capa, Henri Cartier-Bresson, George Rodger and David “Chim” Seymour – overcame difficult circumstances as human beings and as photojournalists in wartime, which determined their spirit of independence and their desire to freely express their views on the world. 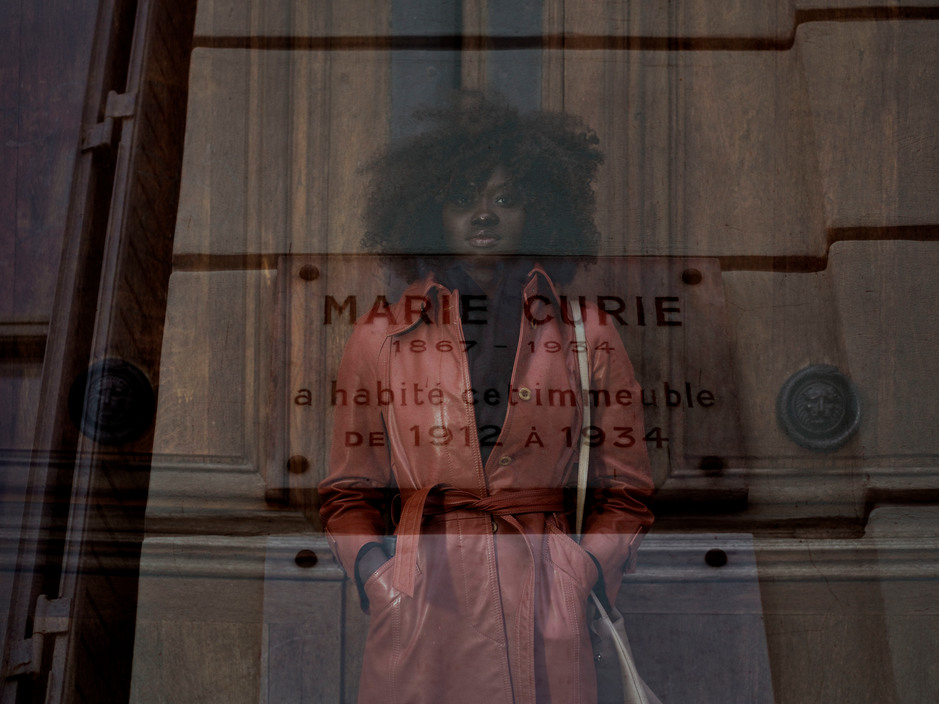 Recently, Magnum photographer Moises Saman was entrusted to photograph TIME magazine’s 2018 Person of the Year, “The Guardians”, featuring several journalists who have been targeted for their work. This has unfortunately also happened to some Magnum photographers, throughout their careers.

For more than seventy years, Magnum photographers have been documenting conflicts and post-conflict situations as well as exile and the issue of refugees. Today threats towards freedom of information are increasingly widespread and there is a need for journalists to be in the field documenting history in the making. This is what Magnum photographers are doing.

D’ici / From Here will be exhibited on the walls of the Paris City Hall from 3 - 31 May 2019 and published in a free newspaper, printed in English and French. Copies will be available at the exhibition and accessible online via Magnum Photos and Maison des Journalistes.

How a Harvard-funded project is supporting local artists, one poster at a time

Art in Print is a Boston-based public art initiative led by creative agency Isenberg Projects. Since 2018, they’ve worked with over 100... 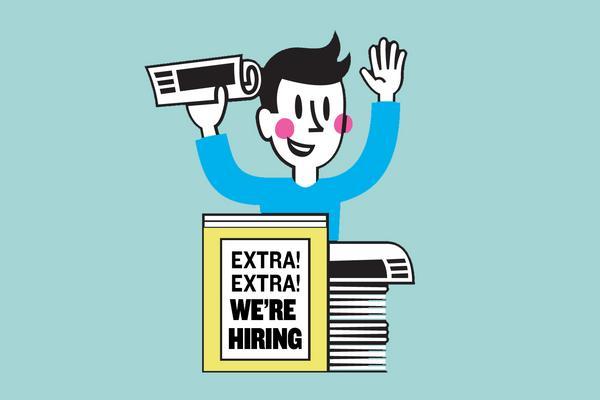 Excellent customer service is a vital part of Newspaper Club (check out our reviews on Trustpilot!) We are looking for an...