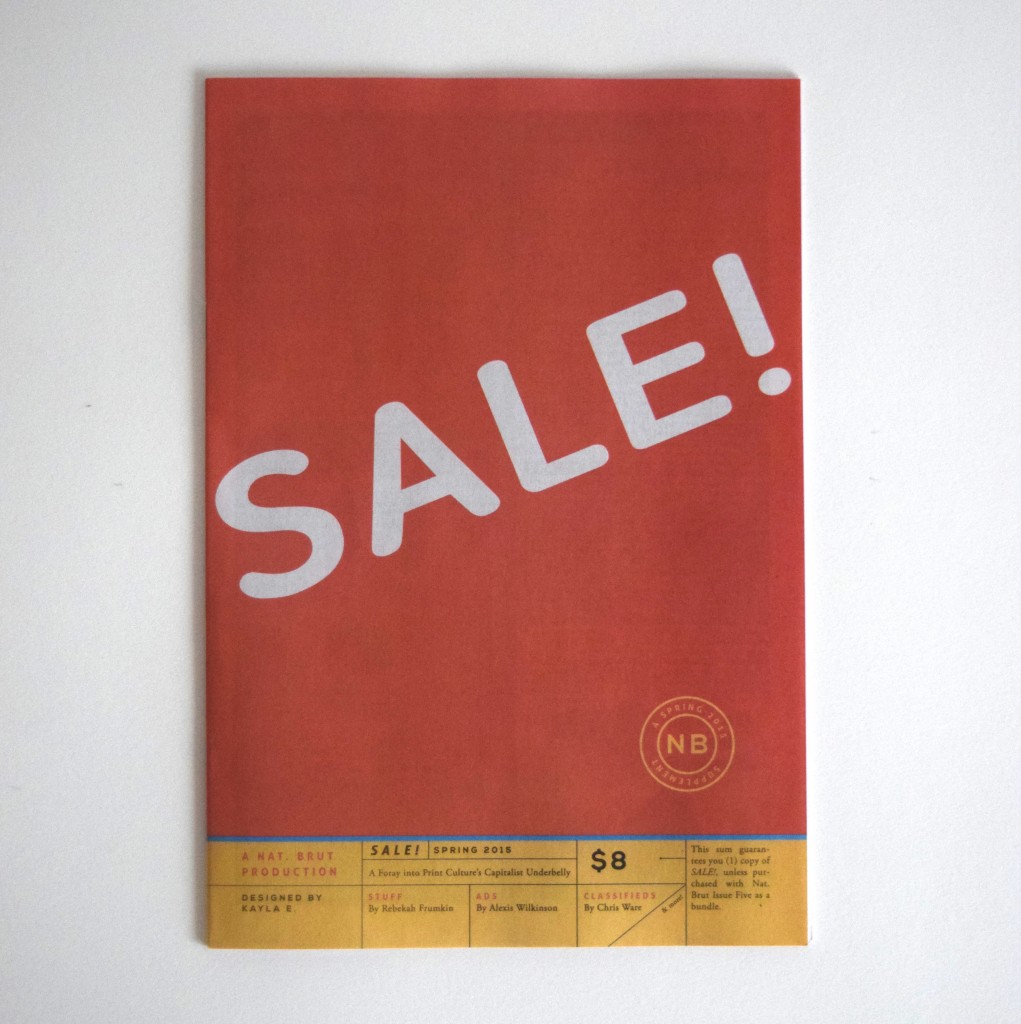 The biannual journal Nat. Brut has a bone to pick with art and literary magazines—so they said, when they launched a Kickstarter campaign in 2014 to turn the offbeat digital magazine into an analog publication.

After two years online, Nat. Brut published their first print issue (on 100% recycled paper) earlier this year, the next stage in their master plan to become "the ONLY socially progressive, environmentally sustainable magazine that is obsessively committed to crafting a well-designed collection of interesting and engaging work from every corner of the creative universe and making it accessible to everyone!"

It's a mouthful of a mission statement, but we're on board. 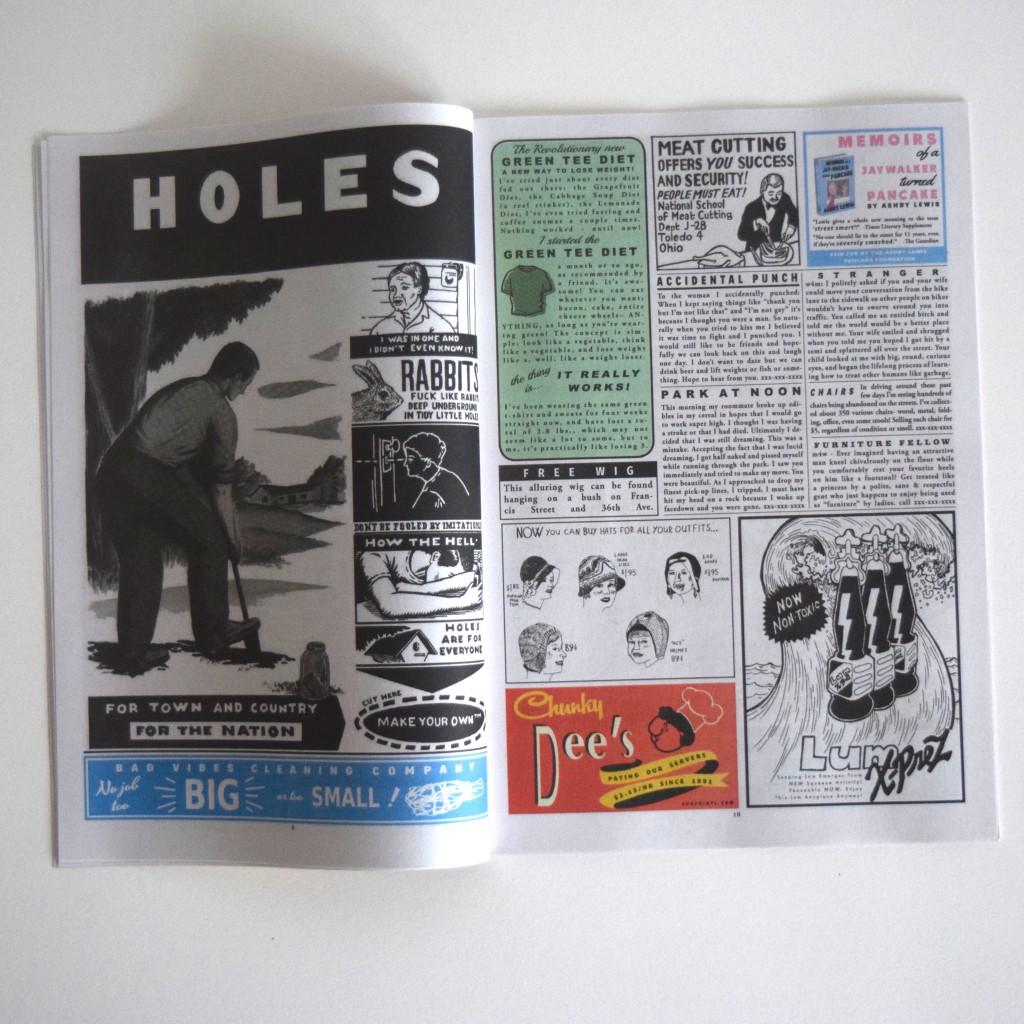 Nat. Brut launched their first print issue, which happens to be Issue Five, in a bundle that also includes a traditional mini newspaper. SALE! is a concept piece, "an absurdist free-for-all with biting social critique." 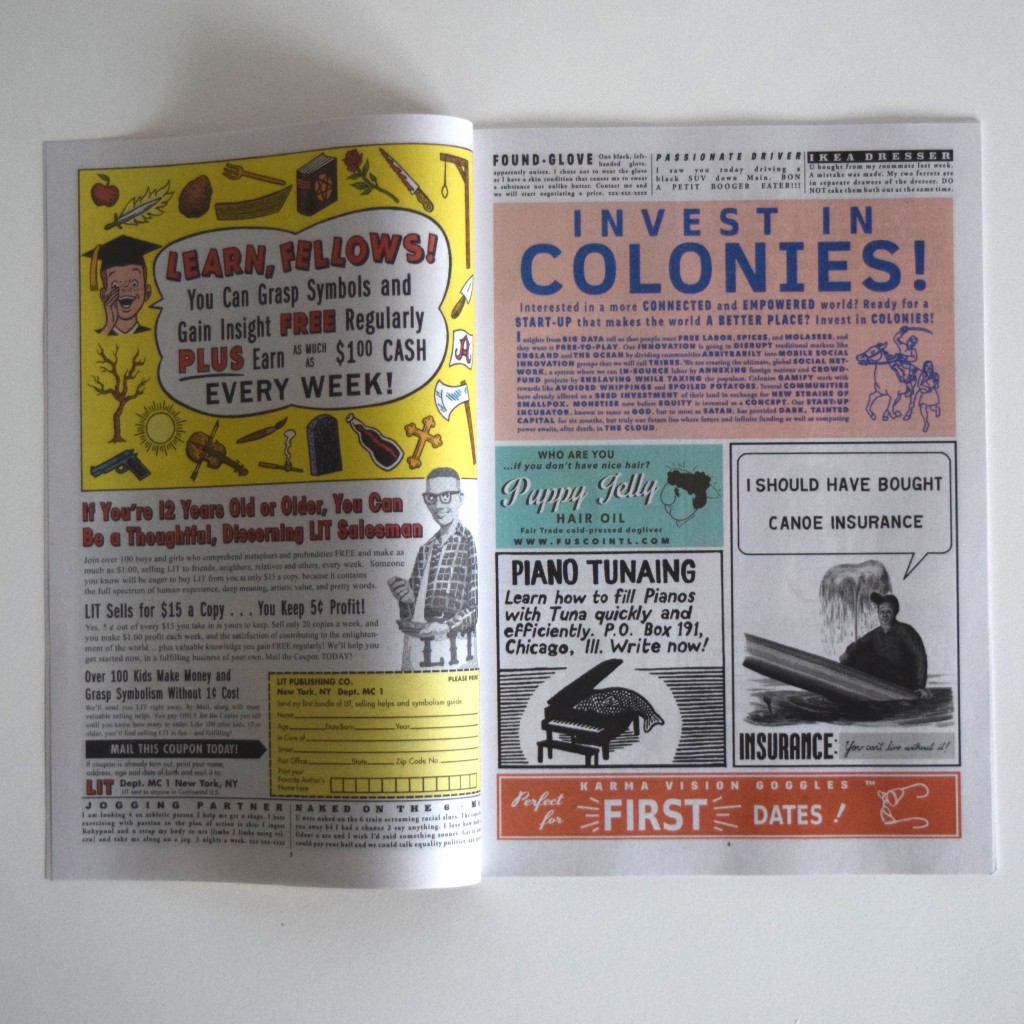 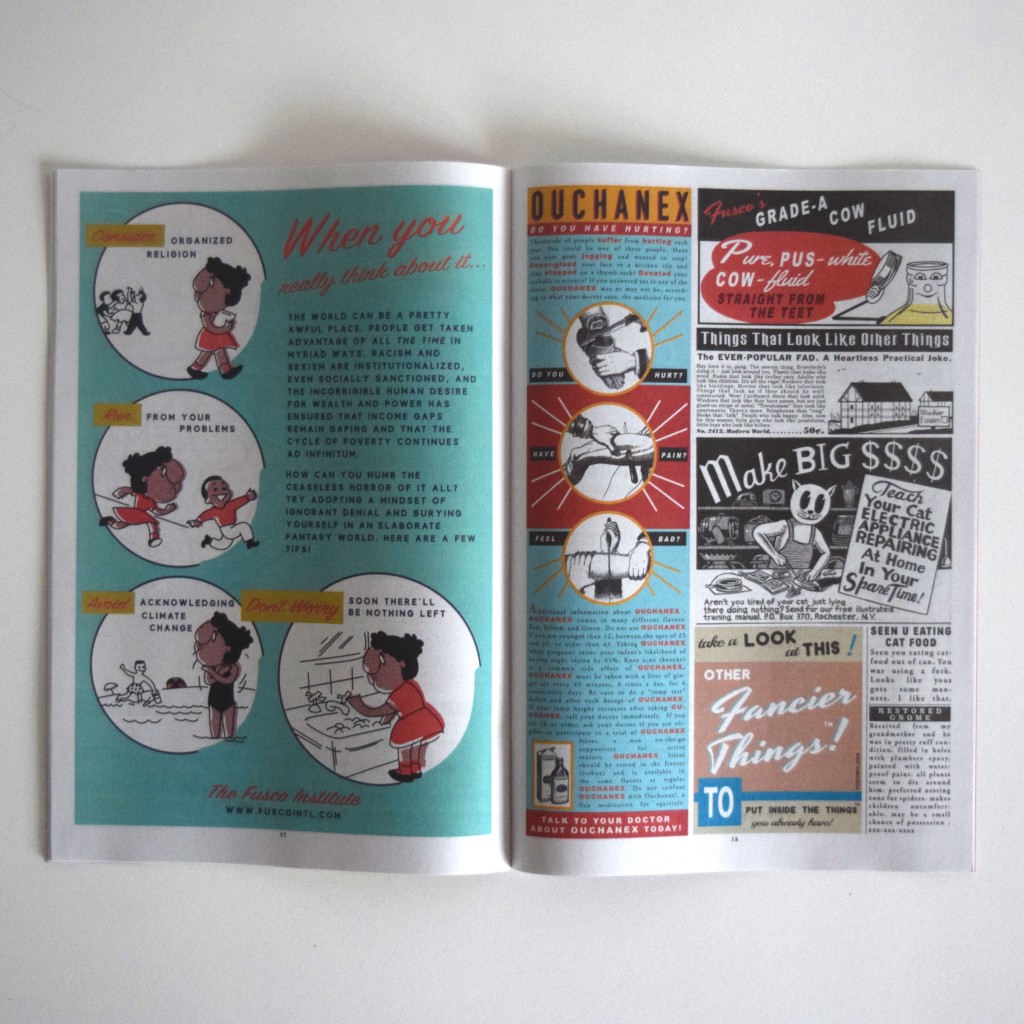 SALE! is available in the Nat. Brut online store and can be purchased on its own or as a bundle with Issue Five of Nat. Brut. You can follow Nat. Brut on Tumblr and Twitter.

Learn more about our traditional mini newspapers.These booklet-sized newspapers are a great way to tell your story, with the vibrant colours that come from traditional newspaper printing.