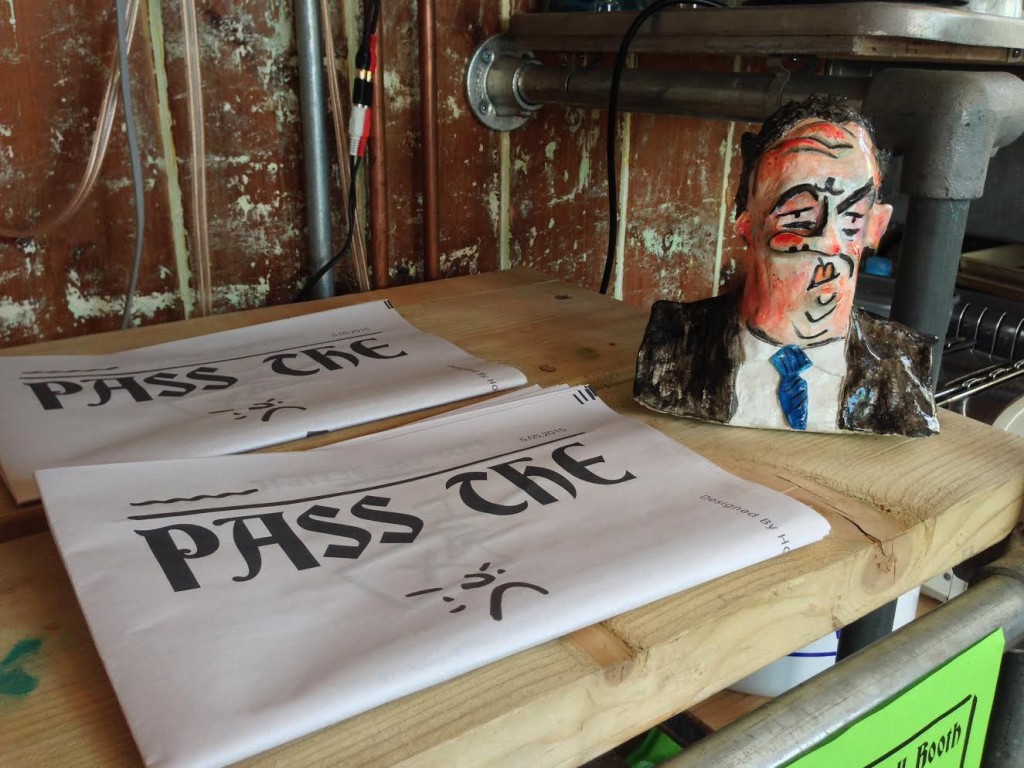 The Pop-Up Poll Booth is a travelling polling station with a clever twist: voters cast a ballot for the politician they can't stand the most. 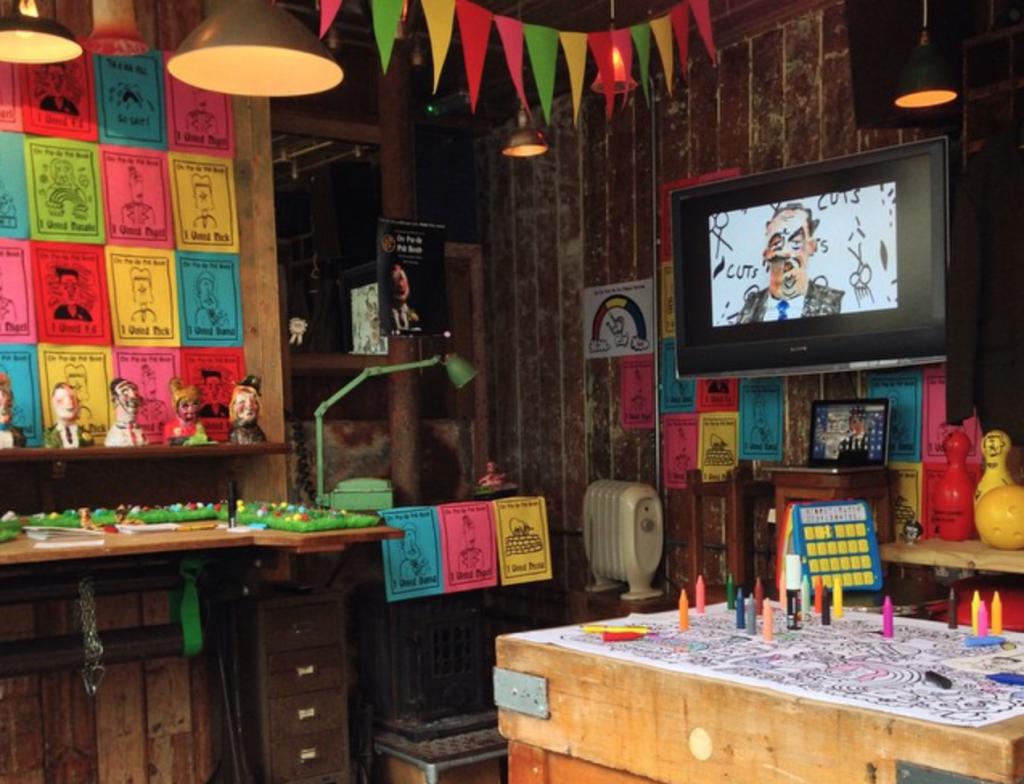 Illustration student Holly MacDonald launched the Pop-Up Poll Booth during the UK general election in May, transforming an empty shop in Brighton Laines into an unusually lively poll booth plastered with her neon caricatures. 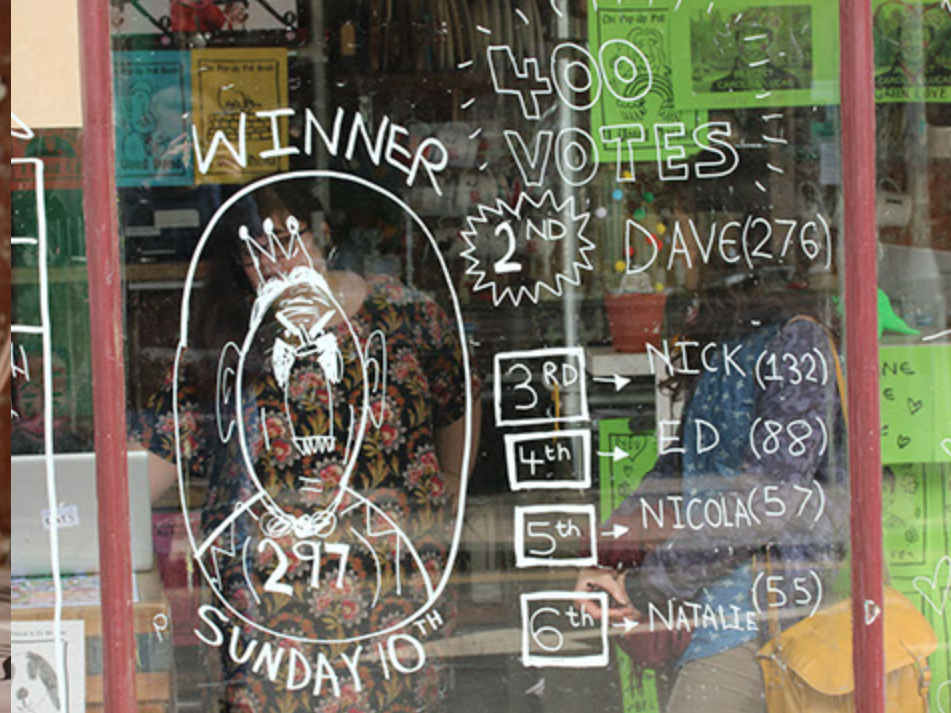 'The aim of The Pop-Up Poll Booth is not only to vent anger against the government,' she tells us, 'but also to learn about basic politics and engage with the subject.' 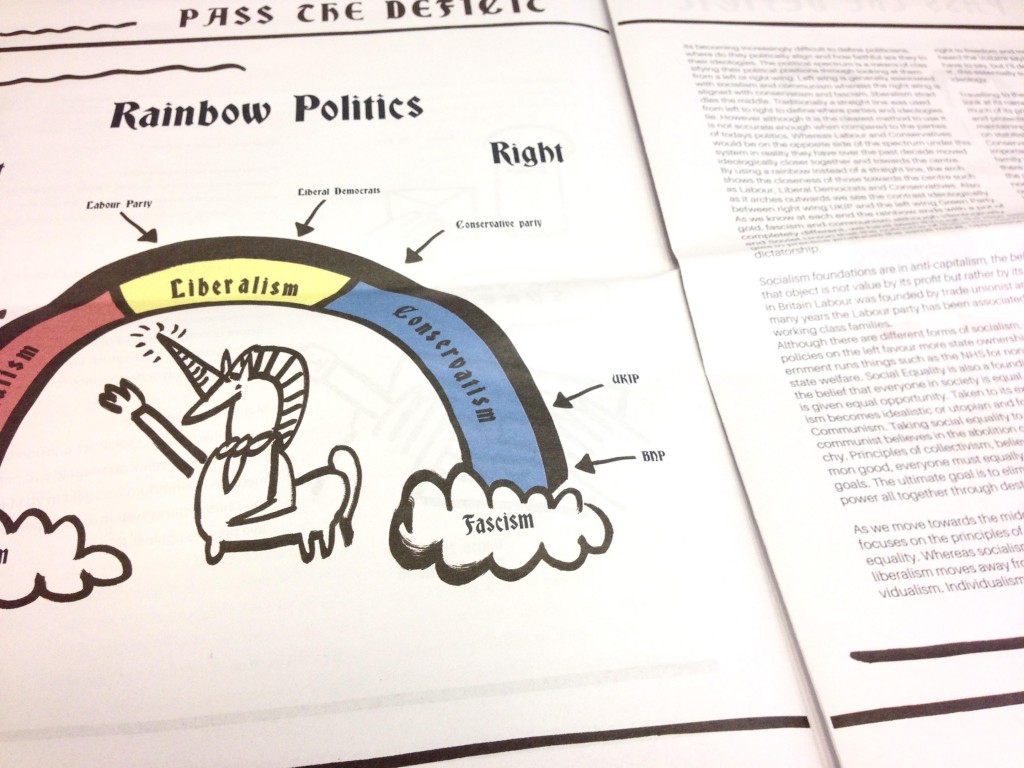 Holly printed a digital tabloid newspaper, Pass the Deficit, as an election guide to go along with the project. It includes information about the UK voting system and party manifestos, alongside some brilliant illustrations from Holly. 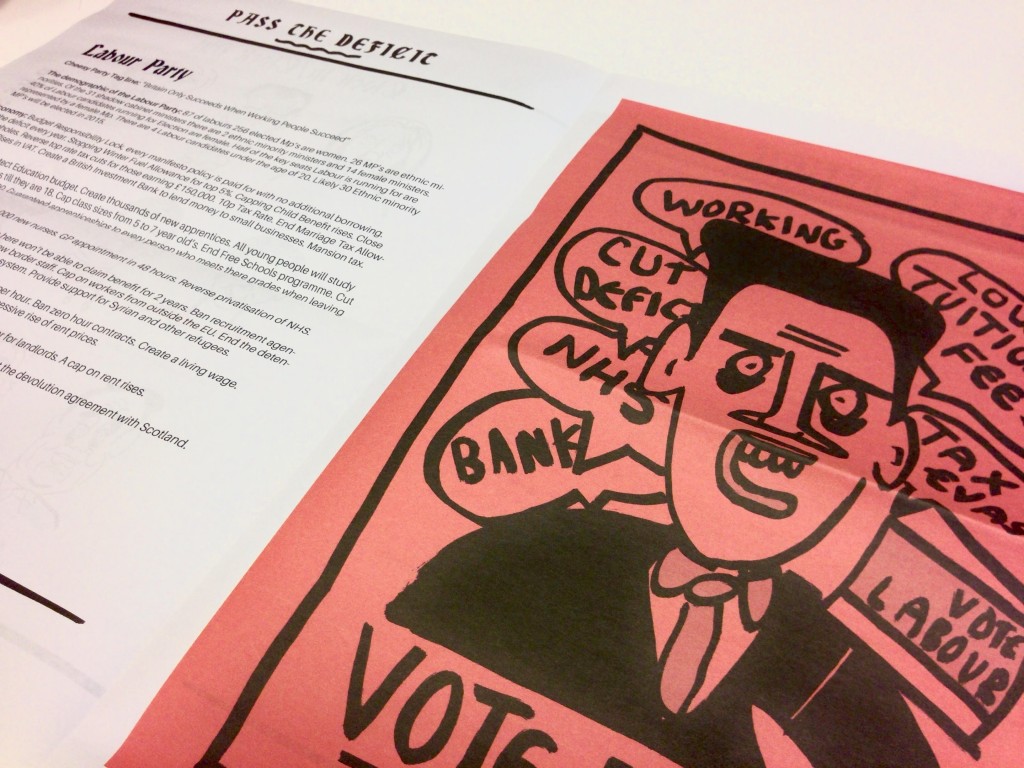 You can download Pass the Deficit for free online or pick up a copy at the Bright Graduate Show. Holly plans to stage a Patriotic Poll Booth based on the US voting system in July, follow along on Twitter for more details.

Thanks for printing with us, Holly!