Alan Kitching on Press at The Guardian 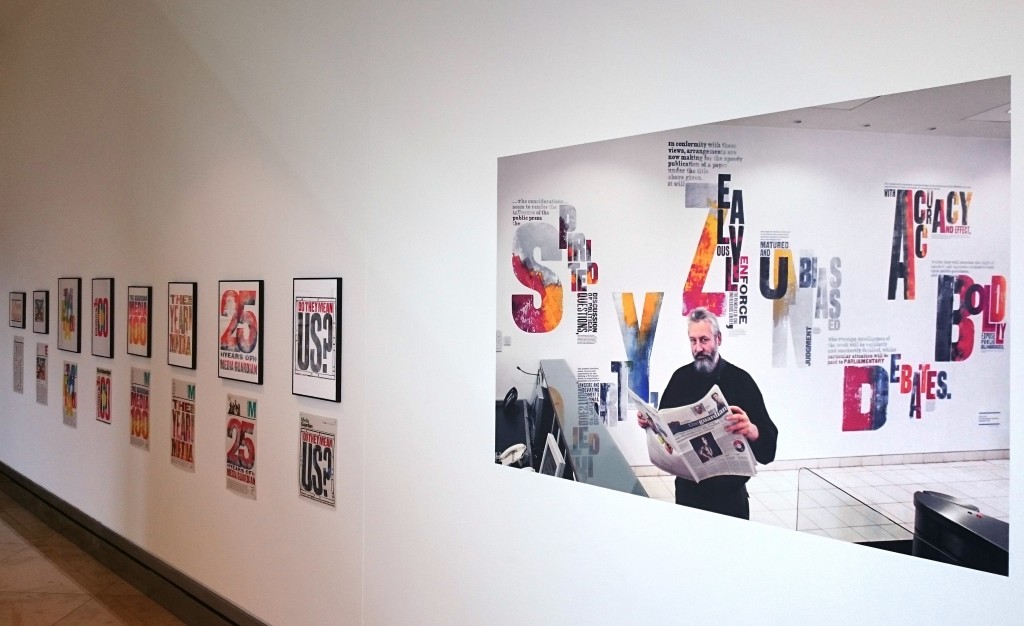 We're really pleased to have printed a catalogue for an excellent exhibition that's currently on display in the foyer of The Guardian newspaper offices. Alan Kitching is a typographer who has been producing letterpress work for The Guardian for over fourteen years. (His first piece, on display at the exhibition, was for a Martin Amis article on the pornography industry.) 'Alan Kitching On Press at The Guardian' opened in January and shows a selection of framed original artworks alongside the print pages for which they were commissioned. The accompanying classic tabloid catalogue was designed by Alan Kitching and Daniel Chehade, who told us more about the newspaper:

'Alan Kitching On Press at The Guardian' looks back at some of the best work for the newspaper over the last fourteen years.' 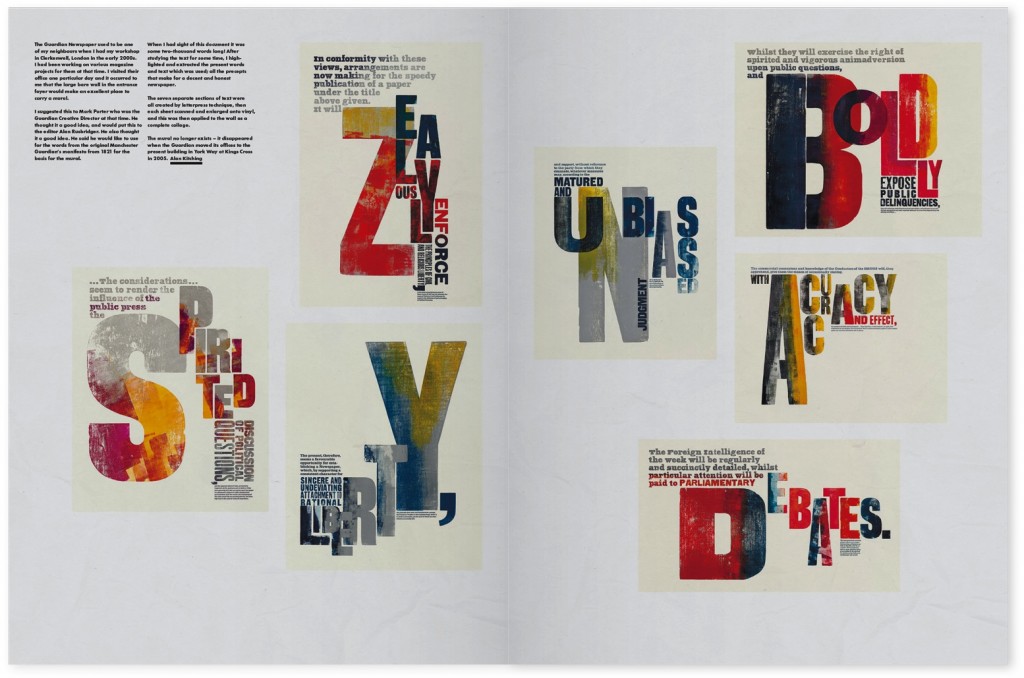 'To accompany an exhibition at The Guardian offices, a catalogue was produced to show a selection of the work on display. The newspaper format was the most natural and sympathetic solution for the content, all of which was first published on newsprint. Alan and I also decided to illustrate the work ‘how it was used’, within the context of the newspaper which allowed us to omit any captions.' 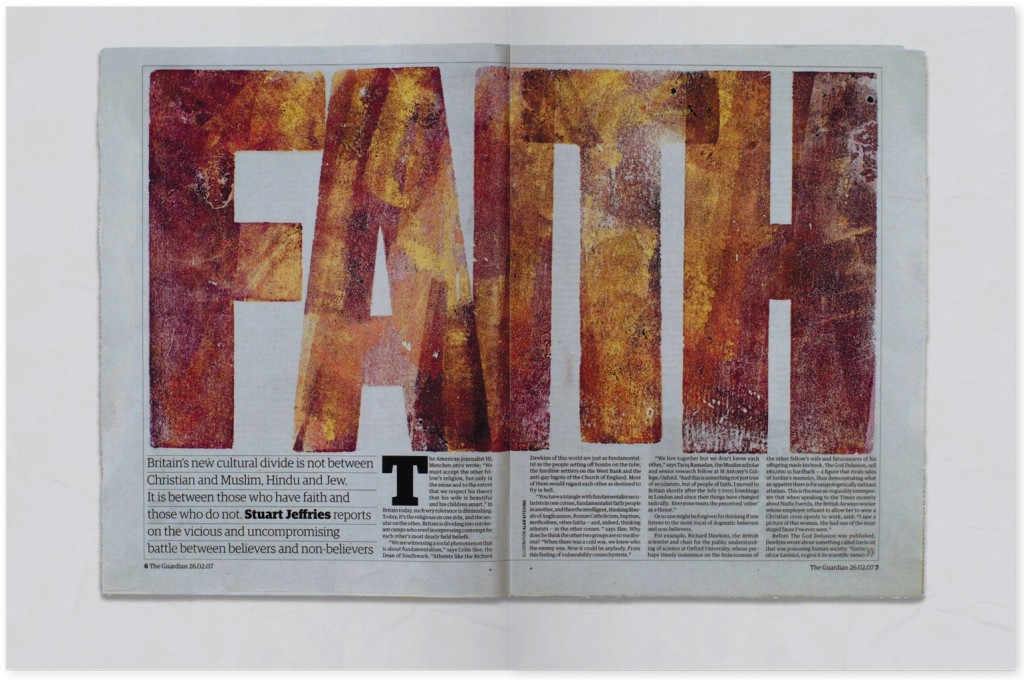 'The catalogue includes the work for the major mural in the old Guardian office on Clerkenwell Road, using the words and phrases from the paper’s founding prospectus of 1821. Another work featured is the 2003 protest banner ‘Why Iraq? Why now?’.

Conceived as a full-page advertisement in the newspaper, it was designed to be cut-out and used as a banner for supporters of the anti-War rally. 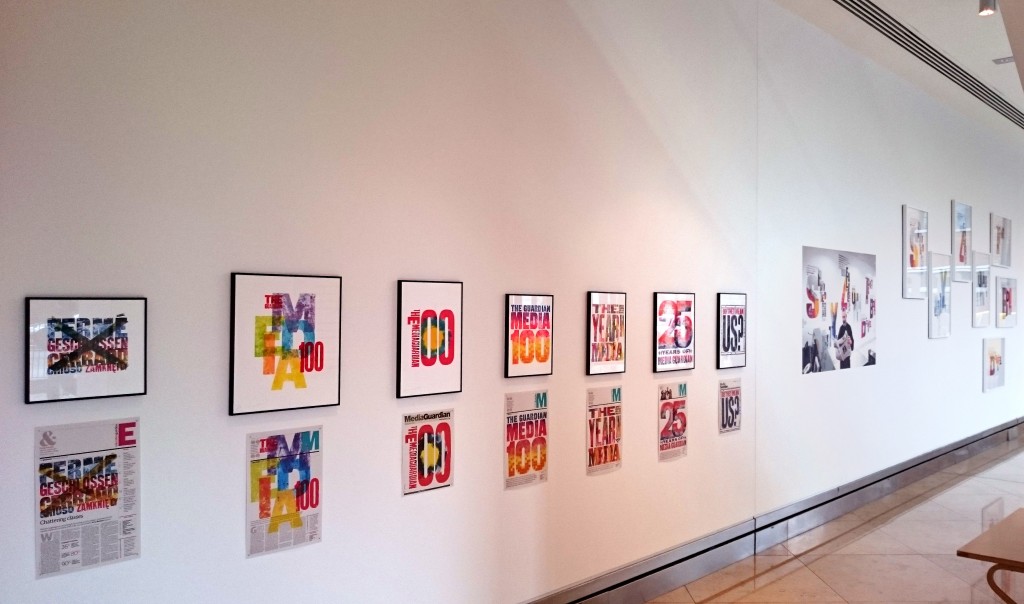 Contributors to the catalogue include texts from Alan Rushbridger (Editor in Chief at The Guardian), Mark Porter (ex-Creative Director at The Guardian) and John L Walters (Eye magazine).

The exhibition was set to end in February but has been extended until 5 March -- just two more days to catch it! ‘Alan Kitching on Press at the Guardian’ is on display in the foyer of The Guardian, 90 York Way, London N1 9GU. Open daily 10am - 6pm, admission free.