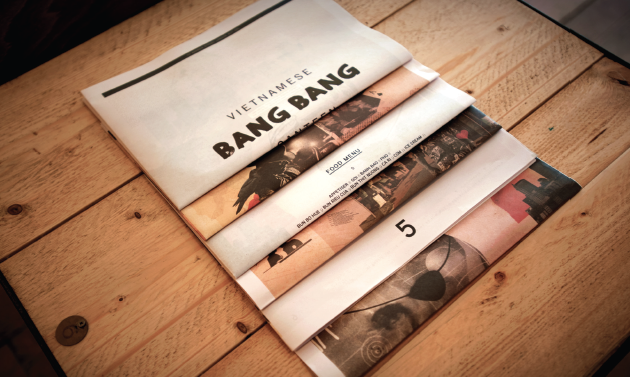 Here's an unusual thing to see in newsprint: a menu for 'Noodle Noir' restaurant Bang Bang Vietnamese Canteen in London. Arm and Eye creative studio came up with the idea of printing a digital tabloid menu as part of a film noir dining concept.

We love the idea of a restaurant full of diners holding up newspapers and asked Arm and Eye to tell us more: 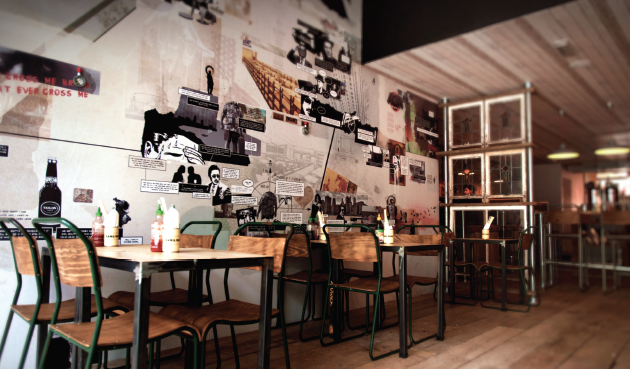 "Vietnamese restaurateurs David Le and Jimmy Yeung commissioned us to rebrand their new restaurant situated on Warren street in the heart of central London. Using the name Bang Bang as a starting point we have created what can only be described as the first ever ‘Noodle Noir.’ This hard-boiled film noir story is told in fractured pieces across the restaurants menus, napkins, social media, and a huge graphic artwork spread across one entire wall of the restaurant." 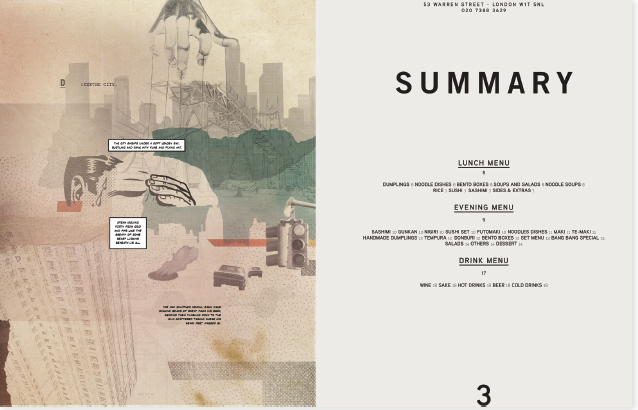 "The menu is a list of the amazing Vietnamese street food that David and Jimmy have carefully selected from dishes that they encountered on their travels. It also acts as an introduction to the story and the characters in this twisting tale of mobsters, double crossing and soft shell crab."

"The Napkin has a lipstick kiss with a phone number scrawled on it. Calling the number takes you to a message left by one of the characters. Plenty of other clues are also hidden in the restaurant, and the canteen itself features in several key scenes." 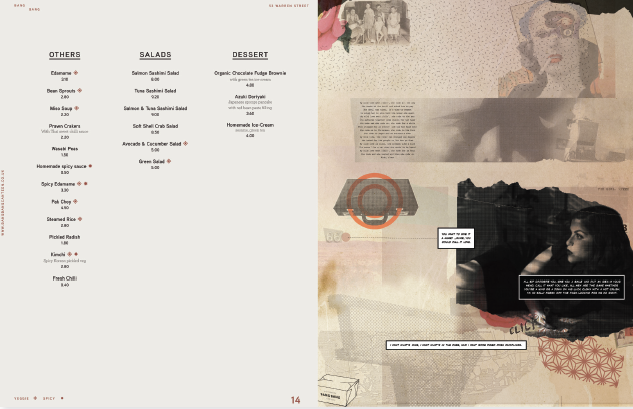 "The plot plays out across social media with additional scenes, character back stories and clues revealed over the upcoming months. You can of course just go and enjoy the great Vietnamese cuisine on offer, or maybe delve a bit deeper and see what you can discover."

You can see more clever work from Arm and Eye on their website and see what's cooking behind the scenes at Bang Bang on the restaurant's Instagram. Thanks for printing with us!