How to Run a School Newspaper Project: Part 1 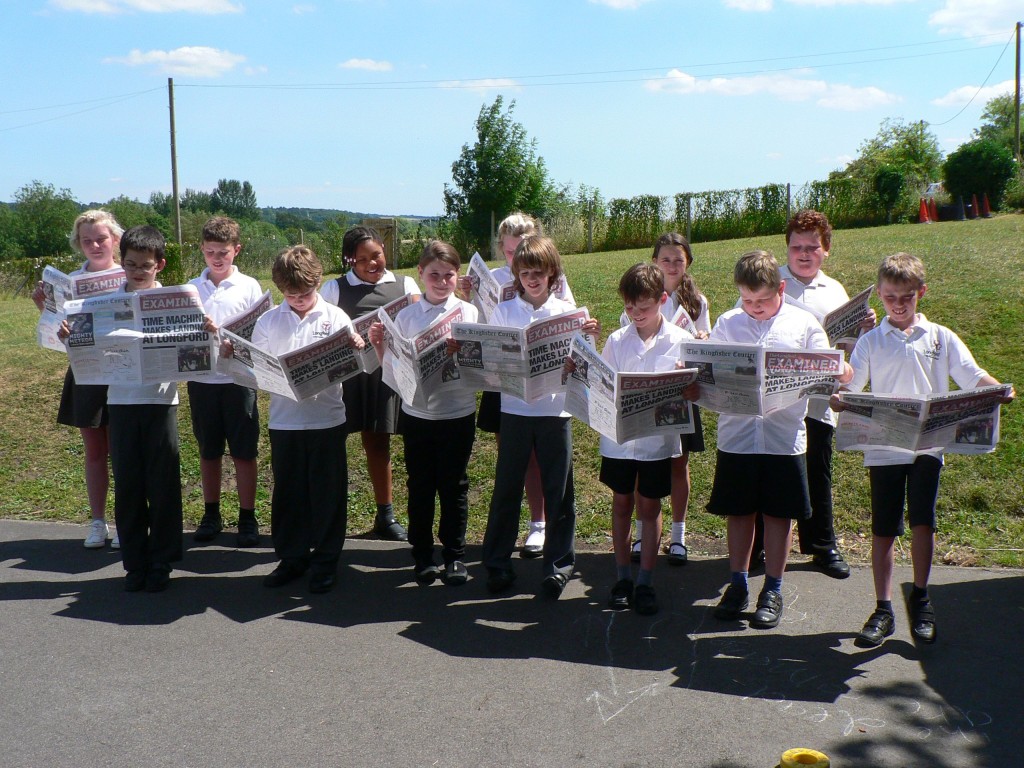 According to today's Google doodle it's officially the end of summer and it's back to school for many. We thought now would be a good time to show off a brilliant newspaper project from Longford Primary School in Salisbury. Countryfile columnist Ian Vince put together The Longford Examiner with his daughter's primary class and has written a series of guest blog posts about the process.

This is first of three instalments that will be posted over the next week. And now here's Ian:

It started with a simple idea – a newspaper project for my daughter’s primary school, a project that could be somehow connected to activities during Book Week, to link writing and reading together and make it fun. It was also designed as a way of encouraging reluctant writers – especially in Key Stage 2, the top three years of school – to develop the writing skills that would stand them in good stead as they moved towards secondary school.

If all that sounds like a tall order, that’s only because the outcomes of simple ideas can be amazing. It’s easy to make newspaper projects educationally sound, but if a project has a few disruptive elements to it, children – who love the suspension of the normal order of things – truly engage in the learning, which was the aim all along.

To achieve that, a science fiction theme was set and work began on the construction of a few props to kick off the fun with – details below. Newspaper publication was the reward that would spur pupils on in their writing, but a subject, a setting and inspiration was needed to get them to start without even realising it.

In short, a simple, convincing crash scene was mocked up in the school playing field and children were breathlessly summoned to view the wreckage as morning assembly came to an end. CDs were ‘discovered’ on the machine, one for each class and each with its own message from ‘Fiona’, a time-travelling, living computer from the year 3014. Fiona set the pupils their tasks, a speculative fiction challenge to write about what they think life will be like in the future. One class is given a more conventional newspaper brief, to report on the whole Fiona story.

The next stage was how to turn this craziness into an opportunity for the class teacher. A subject we will return to in the next instalment. 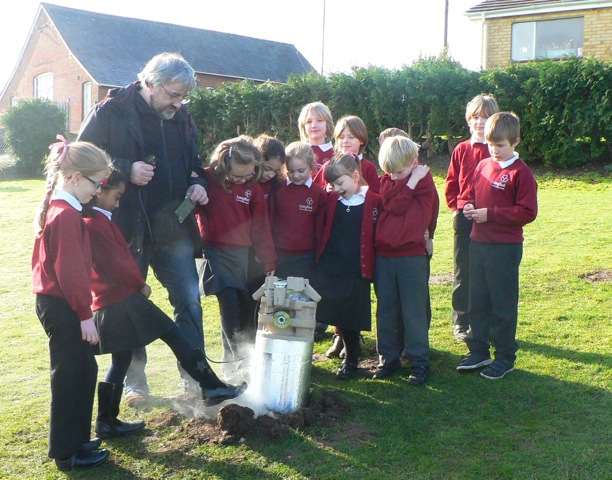 How far you go with your set-up is entirely up to you, but in this case, a few cheap DIY theatre props went a long way to providing a bit of back-story and ensuring that the situation was unusual enough to catch and fire the pupils’ imaginations:

In the next instalment Ian talks about organising his class of students and generating content for their newspaper. Tune in tomorrow!