The Anniversary after The Nuptial 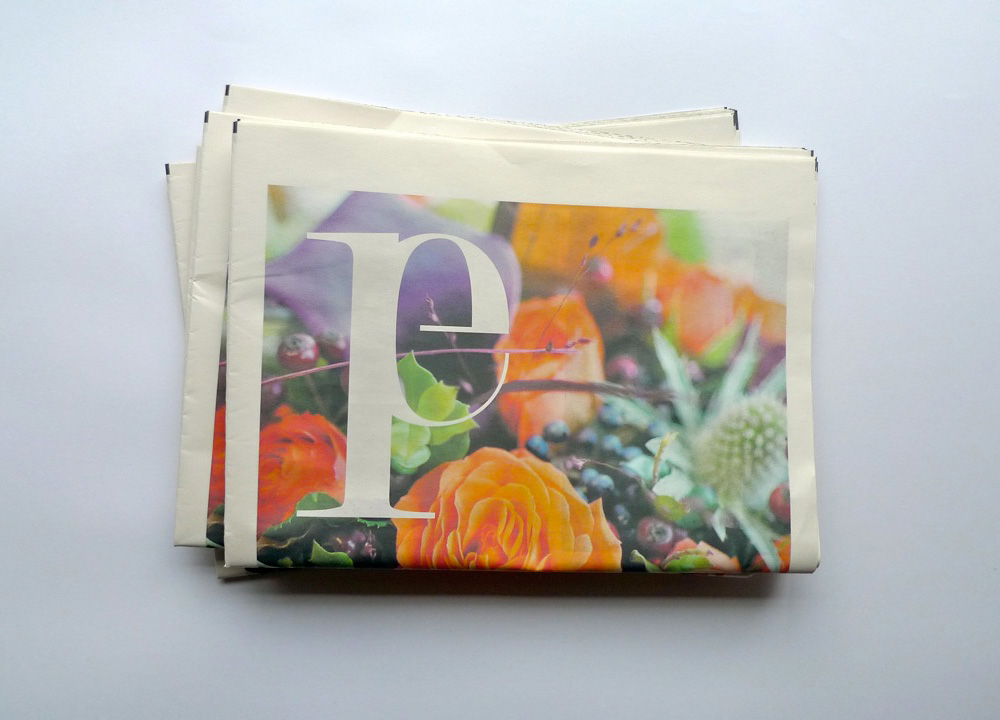 Yesterday we wrote about The Nuptial, a lovely newspaper Phil Dobinson put together for his wedding day. One year later Phil made another newspaper to celebrate his first anniversary, collecting photos from the ceremony and displaying them in a simple and thoughtful digital tabloid to surprise his wife. He tells us about it:

"Paper is the traditional first wedding anniversary gift so one year on from our big day it seemed a perfect opportunity to build on the newspaper we put together for our wedding. Also we had so many great photographs it seemed a nice, accessible way of presenting them." 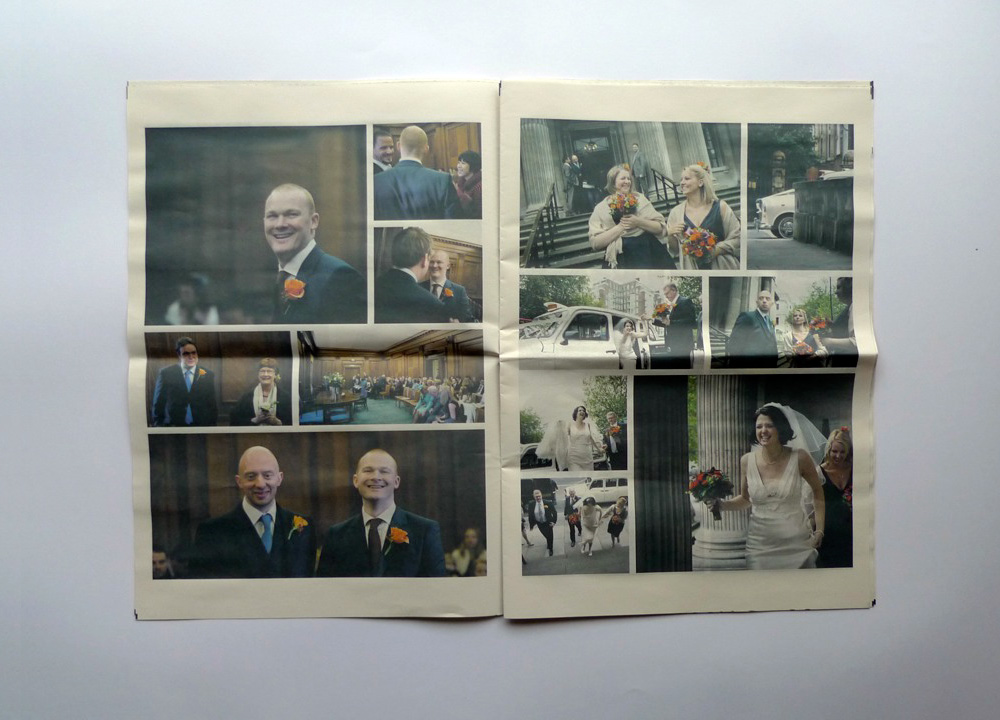 "We were fortunate to have the skills and experience of David Hares and he captured so many strong images that the biggest challenge was editing, and then re-editing the shots to get a number that would fit within 20 pages. I wanted the images to have a presence and stand out from the page so naturally didn't want to resort to cramming too many in and having to display them at a postage stamp size." 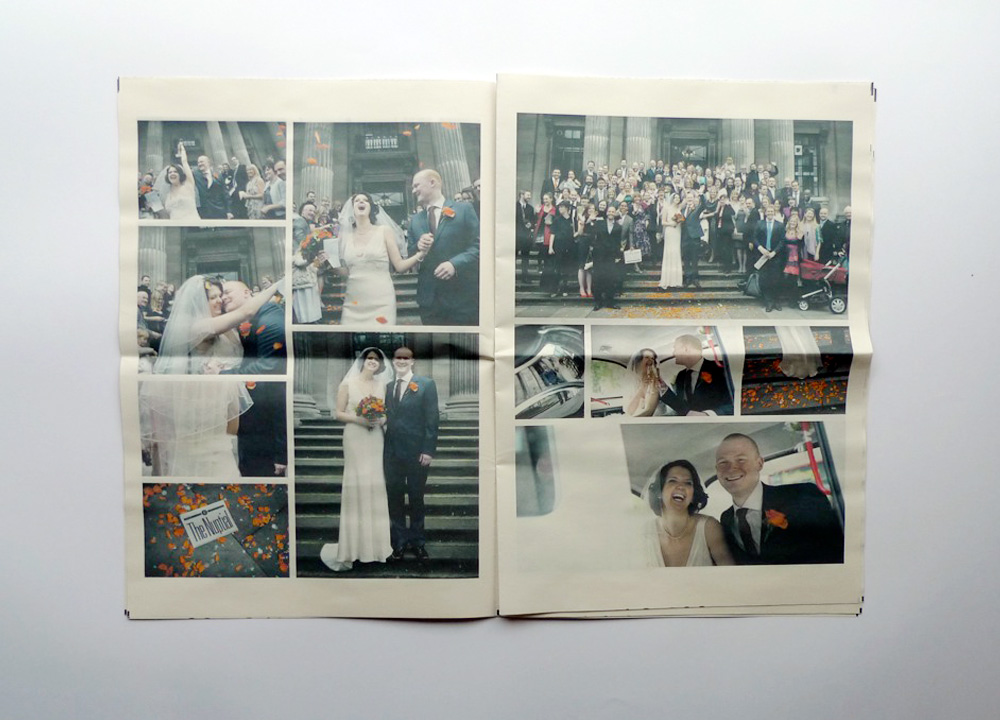 "The content was pretty straightforward – pictures, no captions – so it became a fairly simple exercise of editing our favourite shots and placing them within a grid that ran throughout the publication. Each page reflected a particular part of our wedding day, beginning with the preparations and hair n' make up and ending with the drinking and dancing in the evening. In between we also captured the arrival of guests, the belated arrival of the bride and the ceremony itself. Like most wedding there were a lot of moments that we'd planned and it was good to have them recorded for posterity." 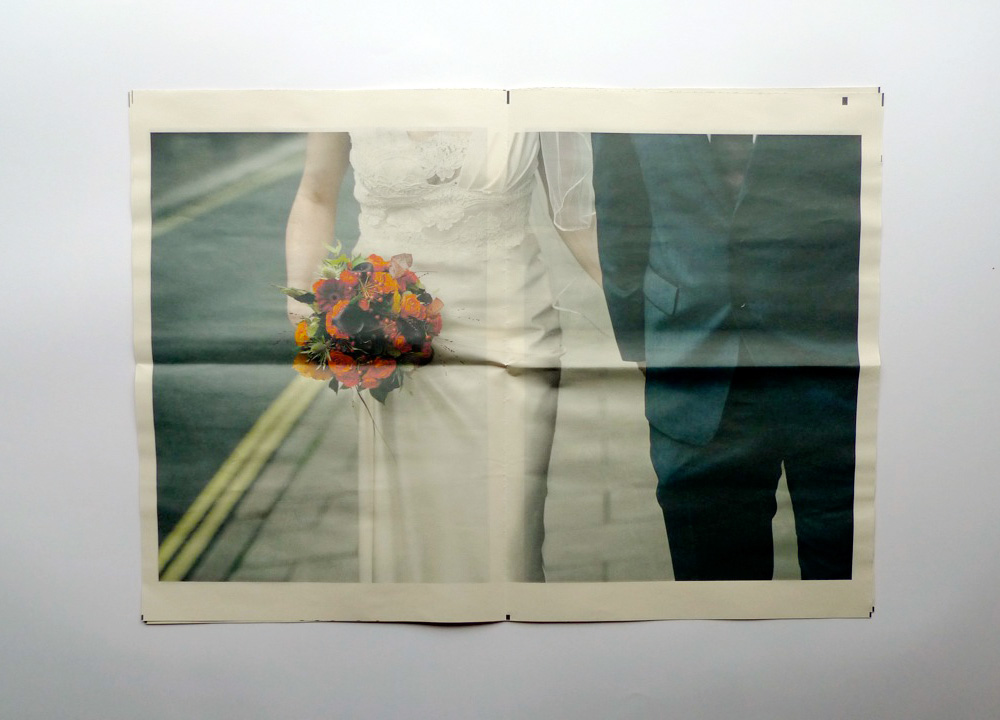 "One nice feature of the newspaper format is that the middle pages open up to create one unbroken image. It works well to break the pace of the collection of images up and I choose my favourite image of the day to appear here." 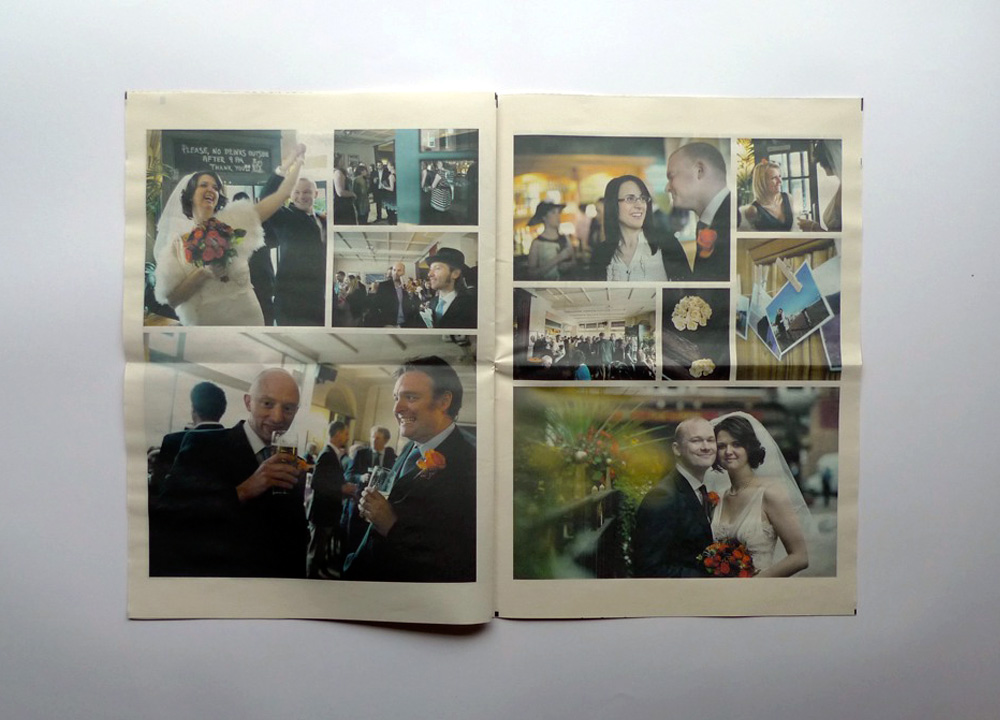 "Emma had a suspicion that I was working on putting the newspaper together but even so she still managed to act surprised when I presented it to her on our anniversary. The print run was deliberately a lot, lot smaller than The Nuptial – this time only 10 copies were printed – so that it was only available for a more select audience. In fact the only people beside Emma who got their own copy were our parents." 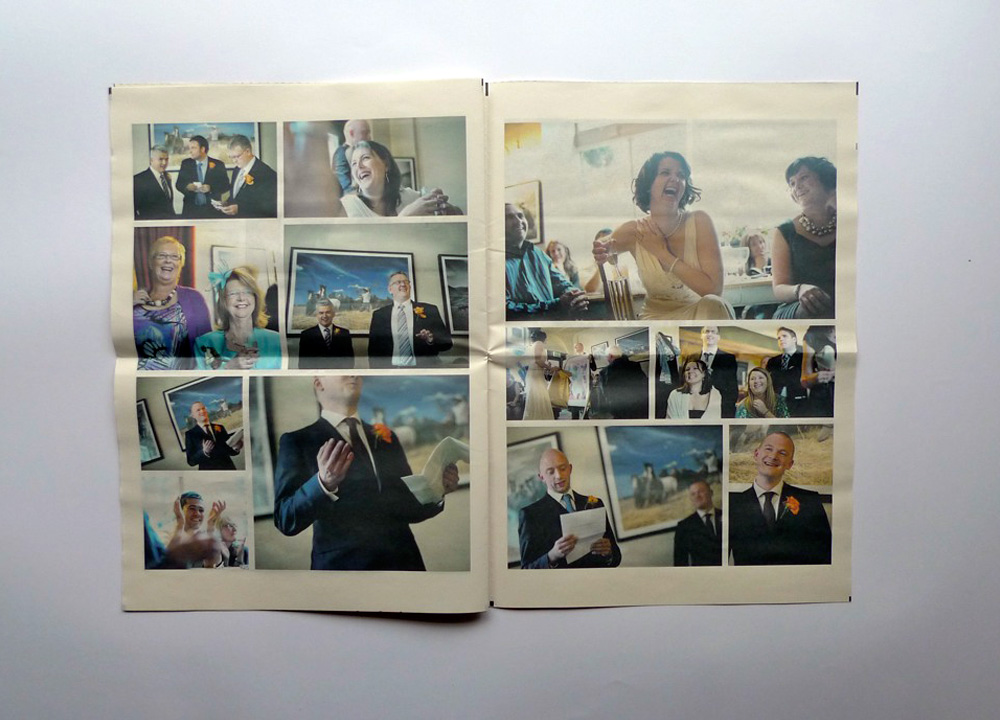 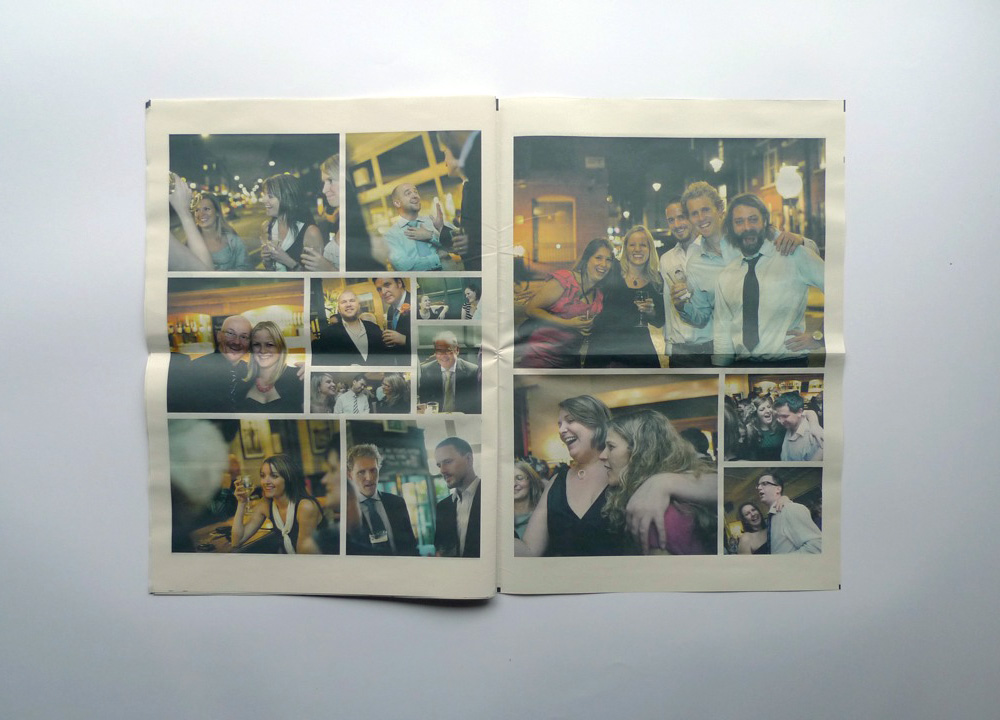 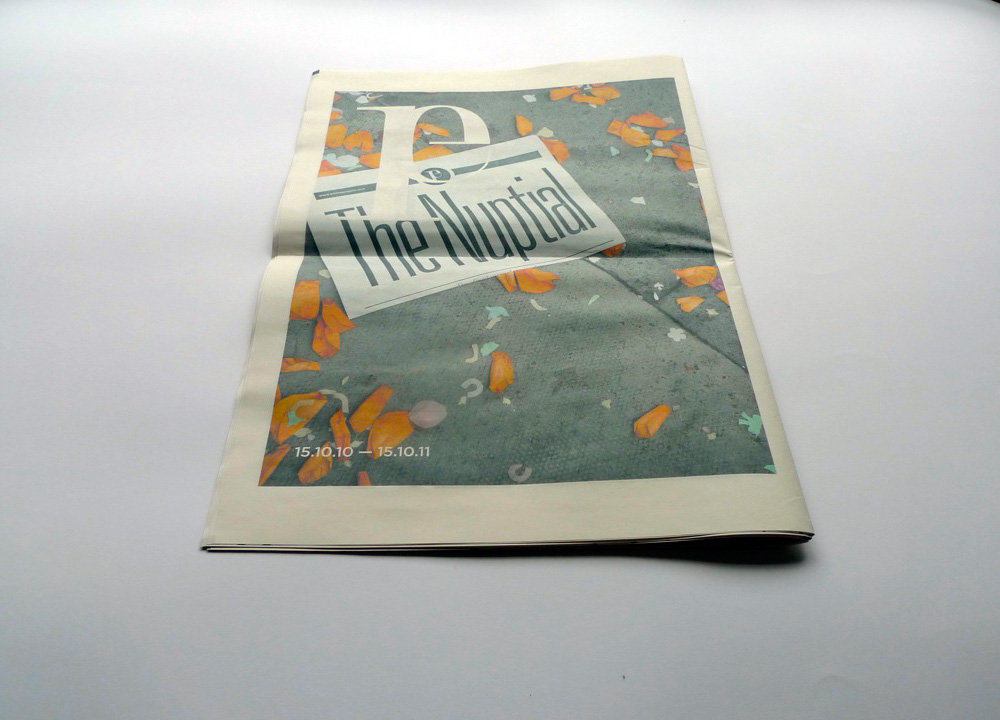 Thank you for sharing your wonderful newspapers with us, Phil and Emma!