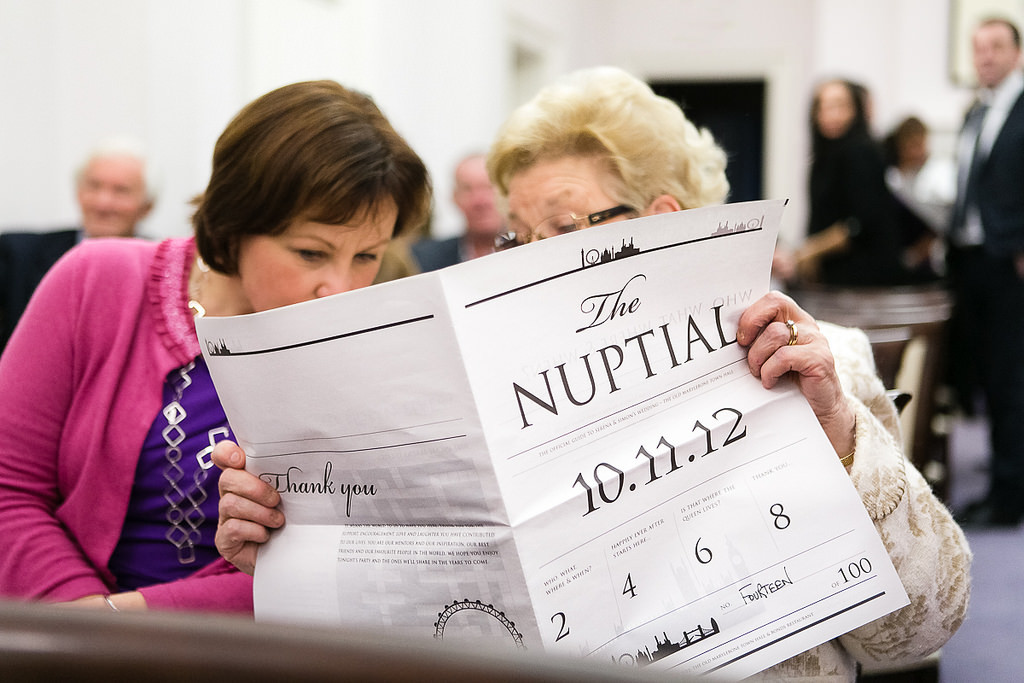 Phil Dobinson is a graphic designer, photographer, and sometimes screenprinter (as proprietor of Inky Fingers Prints). He designed a lovely digital tabloid newspaper for his wedding day to go along wedding invitations he screen-printed himself. That was in 2010 -- The Nuptial is a paper we never got round to writing about at the time but one that has stuck in our memory. When we got in touch with Phil about belatedly featuring it on our blog he was happy to dig out the paper and recall the process of putting it together:

"When my wife and I first started planning the details of our wedding day one of the things we wanted to avoid was the traditional, co-ordinated and orchestrated event. Functional items such as menus and the order of the day were necessary but we felt they could be tied together in one format that would encapsulate the spirit of what we were putting together." 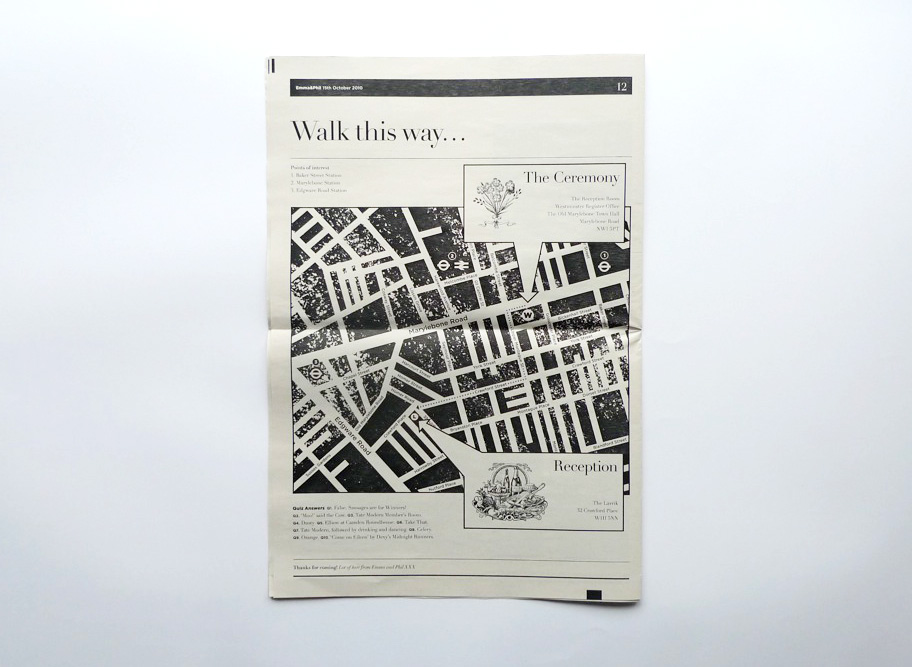 "Making a newspaper was not only practical but surprisingly cost-effective - I'd investigated printing more standard sized items but due to the small quantity it wasn't financially viable. I'd also hand screen-printed the guest invites so didn't face repeating that process for all the other wedding paraphernalia. We also liked the rough, unfussy paper newspapers are printed on – practical and straightforward yet also engaging." 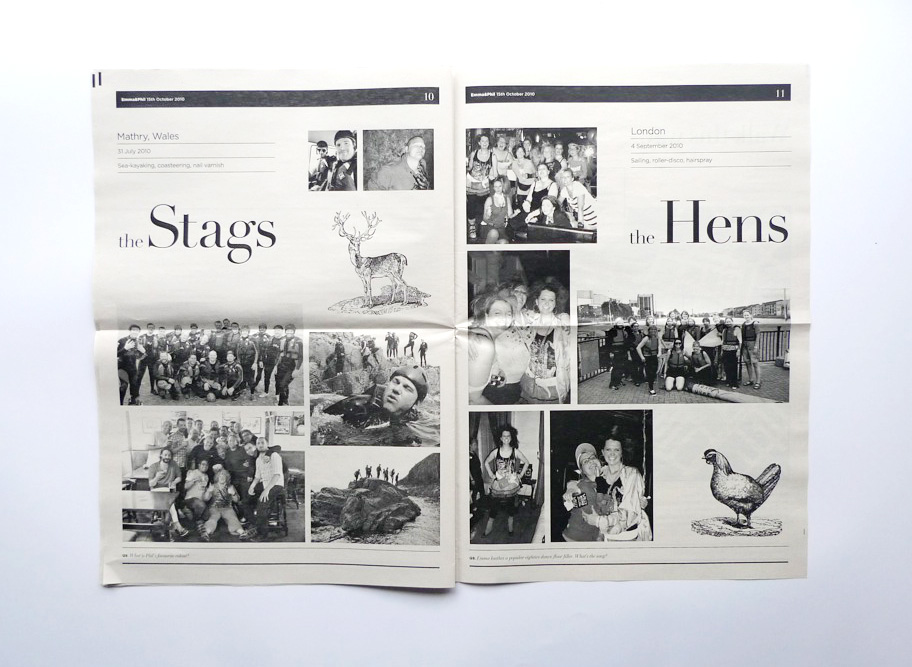 "Having never designed a newspaper it was a bit of a leap of faith into the dark; the biggest problem was getting all the content together and ensuring that there was enough of it to go on the pages without looking lost. But the advantage of doing a job like this for yourself was being able to make quick decisions when appropriate to keep the project moving along and sourcing or creating content as required to help tell the story." 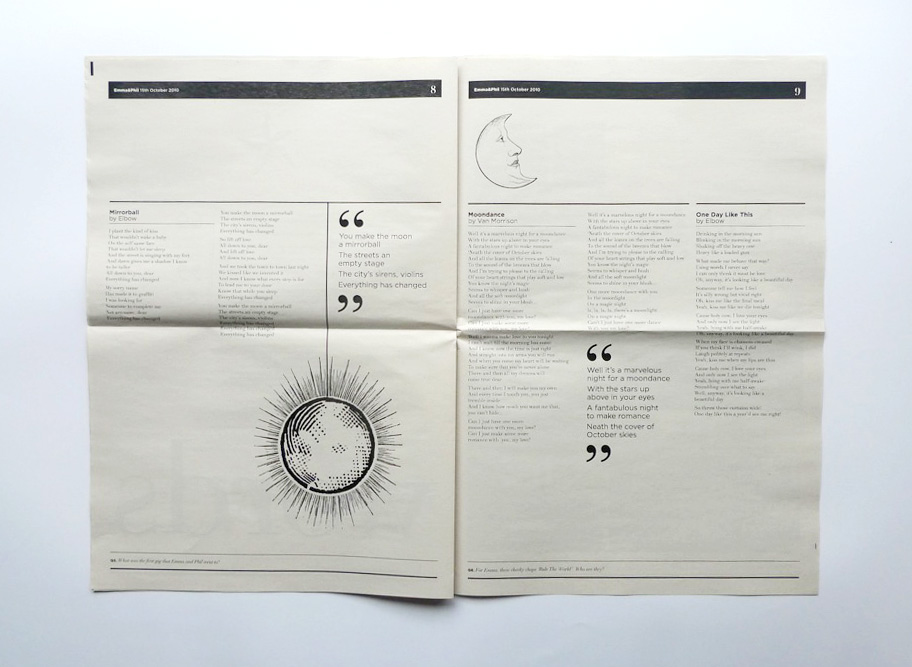 "There were lots of details that helped make the newspaper unique to us: A quiz ran throughout the paper that revealed quirky facts about the pair of us and the hen and stag party celebrations were displayed to provide everyone with a few laughs. Thankfully bright orange jumpsuits and day-glo orange wigs don't reproduce that well in black and white so my dignity was only slightly dented." 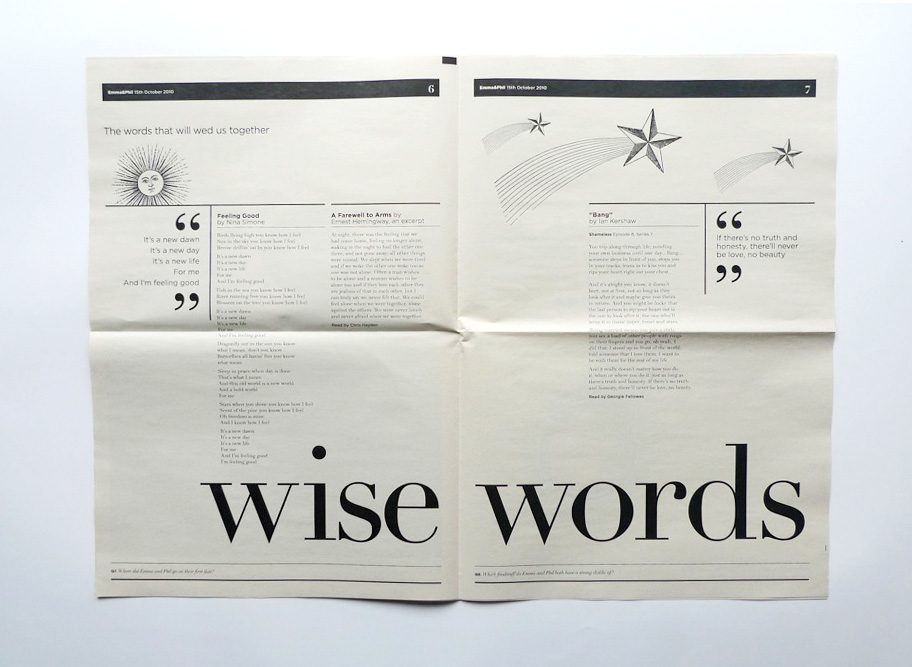 "Once designed I printed out an actual size version, tiling pages together so that I see how the smaller letters and elements would reproduce and then asked several close friends to read through it and check for inconsistencies and spelling mistakes. This was a worthwhile exercise as several embarrassing oversights were removed and corrected." 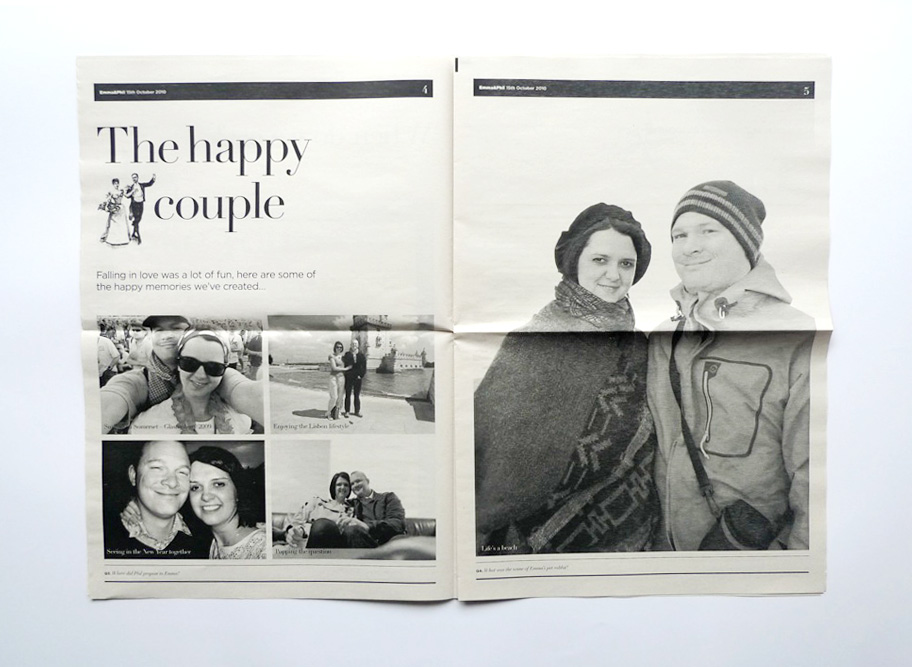 "On the day of the wedding we placed copies of the paper on the seats in the registry office and watched with bemusement as people started to leaf through the paper as we waited for the ceremony to begin. They clearly hit the right note as most people held on to their papers throughout the day, appearing in many of the pictures of the day taken by our photographer." 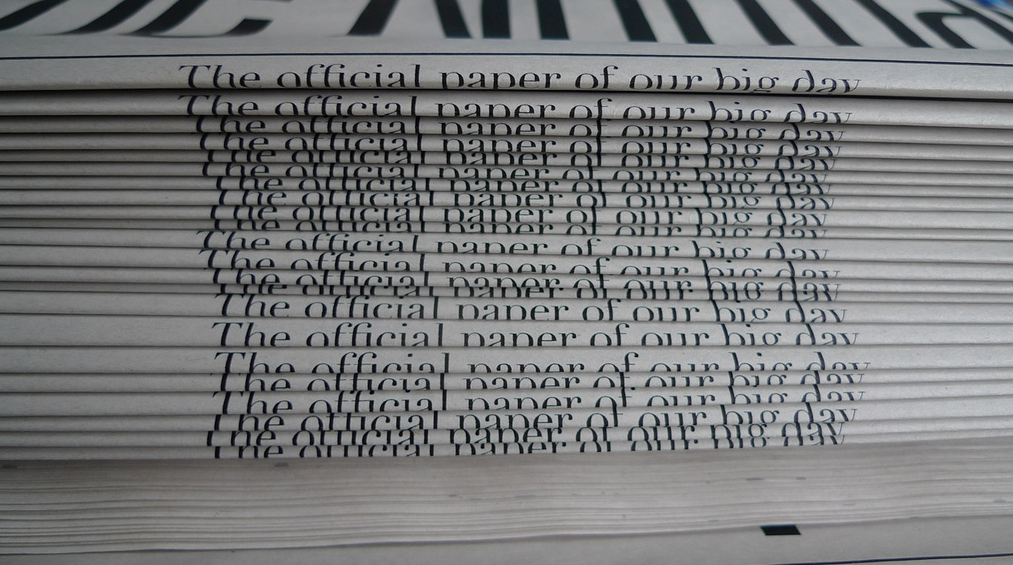 Phil printed an anniversary paper a year later -- stay tuned for some photos from that next!