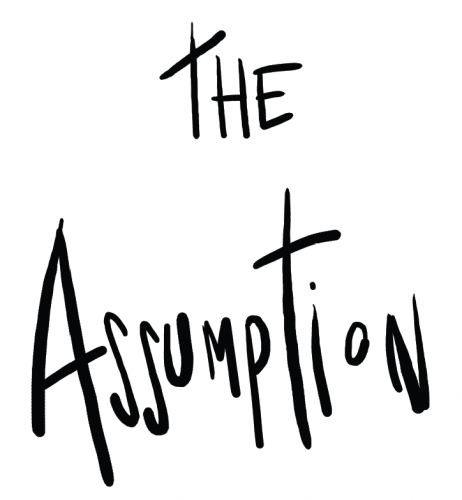 Fionnuala Doran is a student at the Royal College Art who recently won the British Library's Comics Unmasked competition. Her work engages with history through simple, striking illustration -- like this wonderful drawing of Tippoo's Tiger from a series of sketches from the V&A. The Assumption is a 16-page graphic novelette printed as a digital broadsheet. You can see the comic in its entirety in The Newsagent.

Fionnuala tells us about her project:

The Assumption is the end result of my first year studying Visual Communication at the Royal College of Art, and was developed initially as a very loose adaptation of Julian Barnes' short story Shipwreck.

The Assumption tells the story of the almost forgotten 1879 death of a ten year old boy during a riot in the small market town of Lurgan, Northern Ireland, the attempts to define the circumstances of his death by both his family and the police and the subsequent events in the town, the truth of which has never been determined. 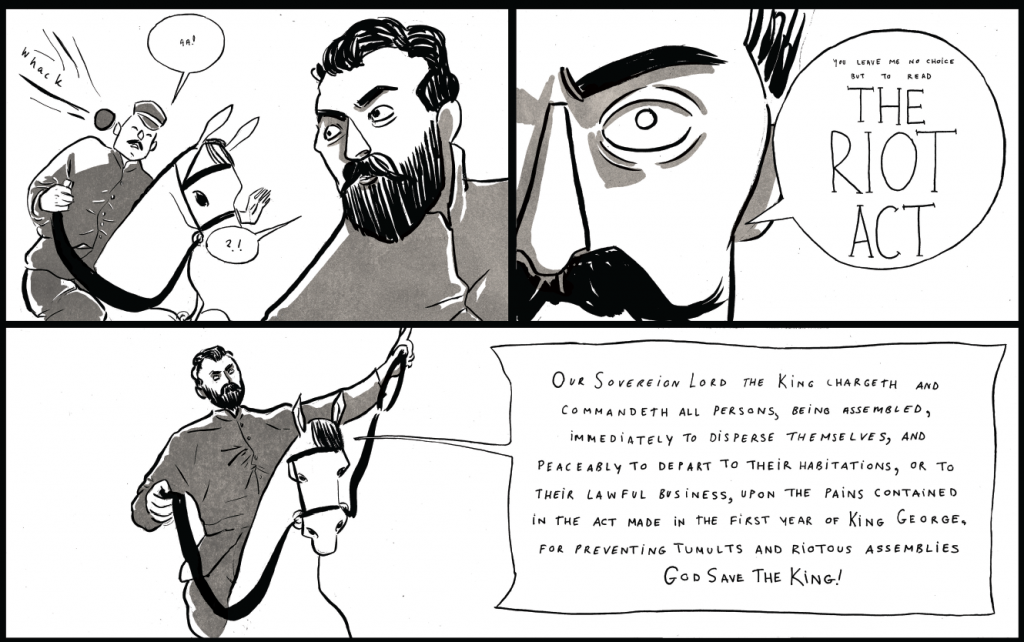 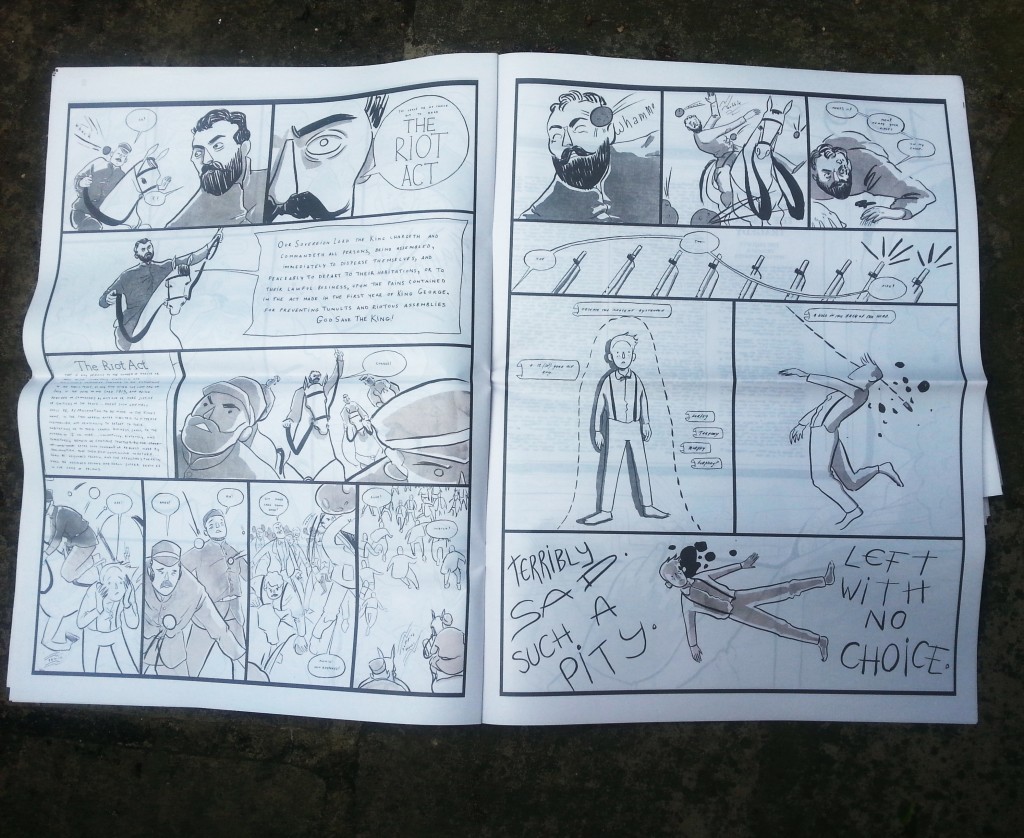 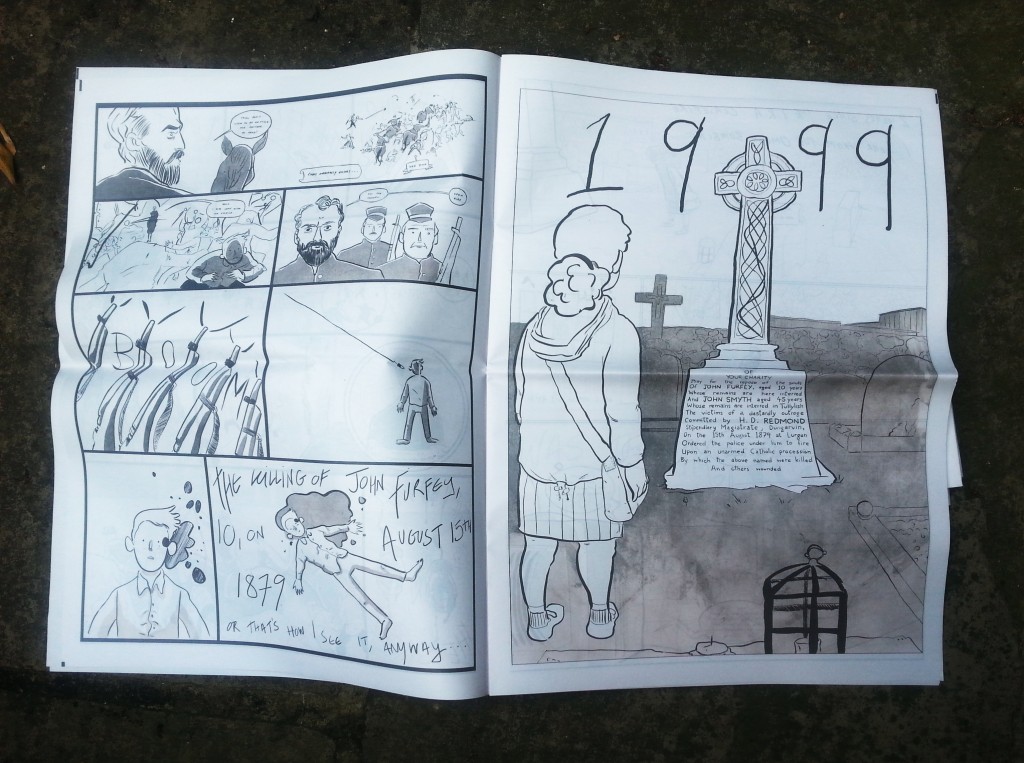 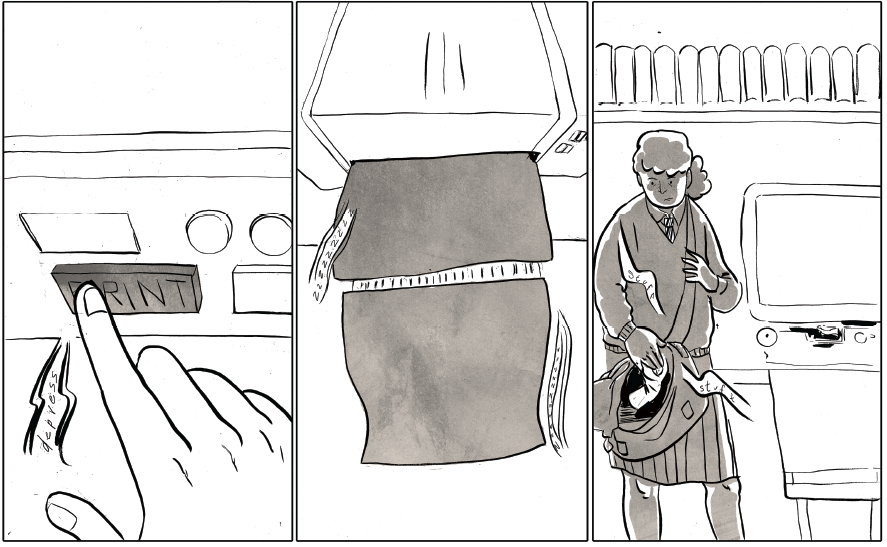 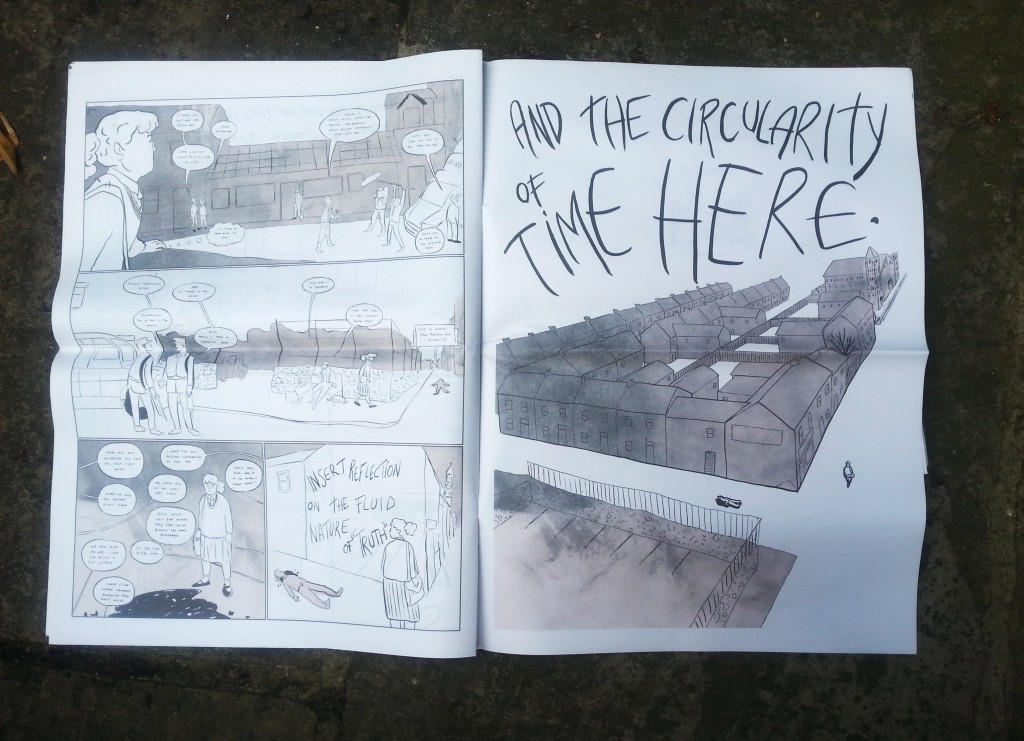 Thank you for printing with us, Fionnuala! You can find more comic newspapers under the 'illustration' tag in The Newsagent.