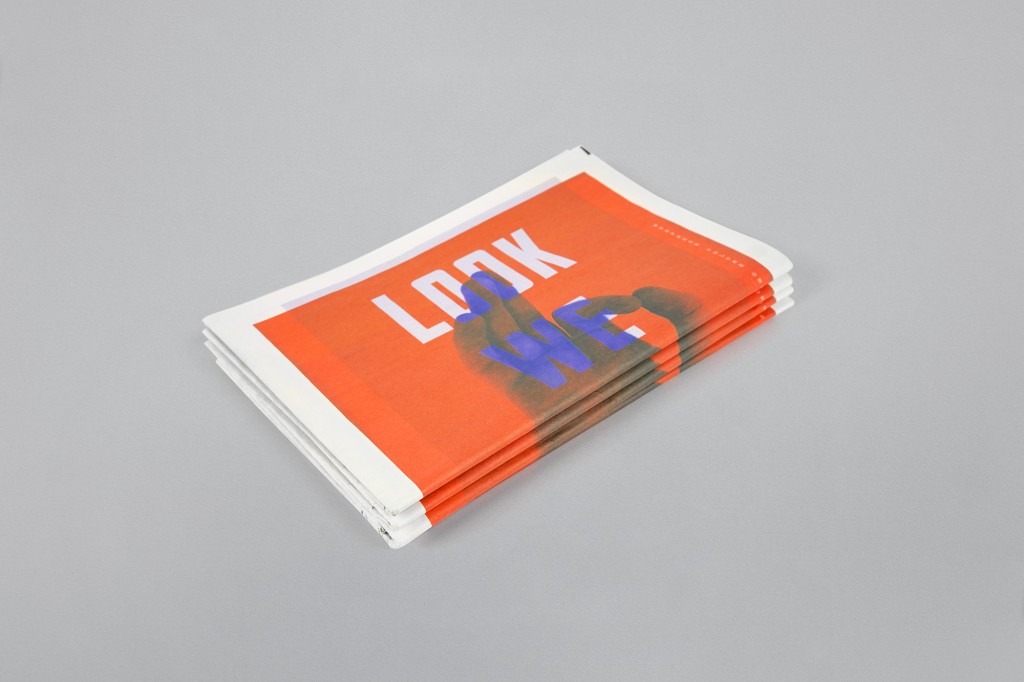 Web Press is a publication put together by Frank Chimero with undergraduate students at the University of Florida. Created as part of workshop run through Chimero's studio, Another, it's an ongoing exploration of the overlap between web content and print.

"Many of the qualities we associate with digital mediums—transience, cheapness, piecemeal—also apply to newspapers," says Chimero. 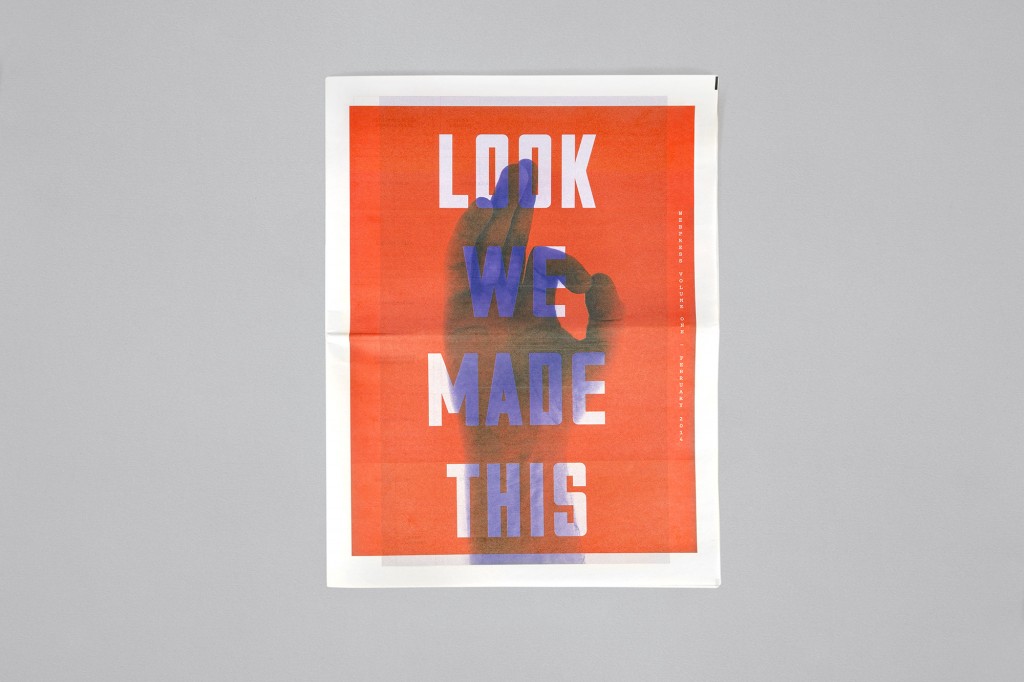 They design the interior spreads of the newspaper and Chimero creates a cover that captures the feel of the day. Copies of the paper arrive the following week. 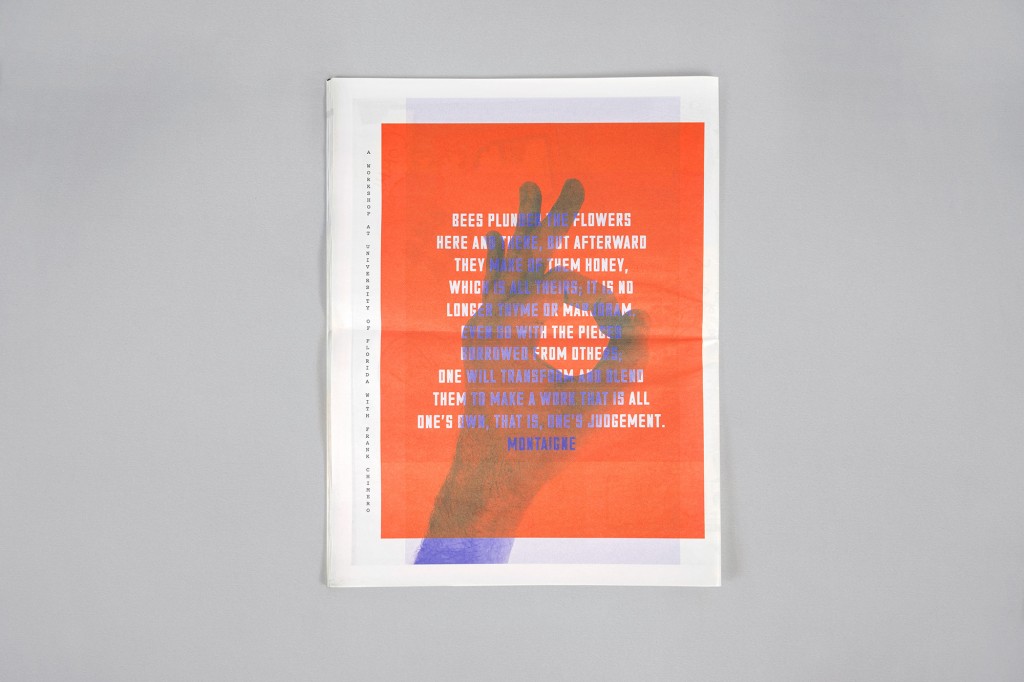