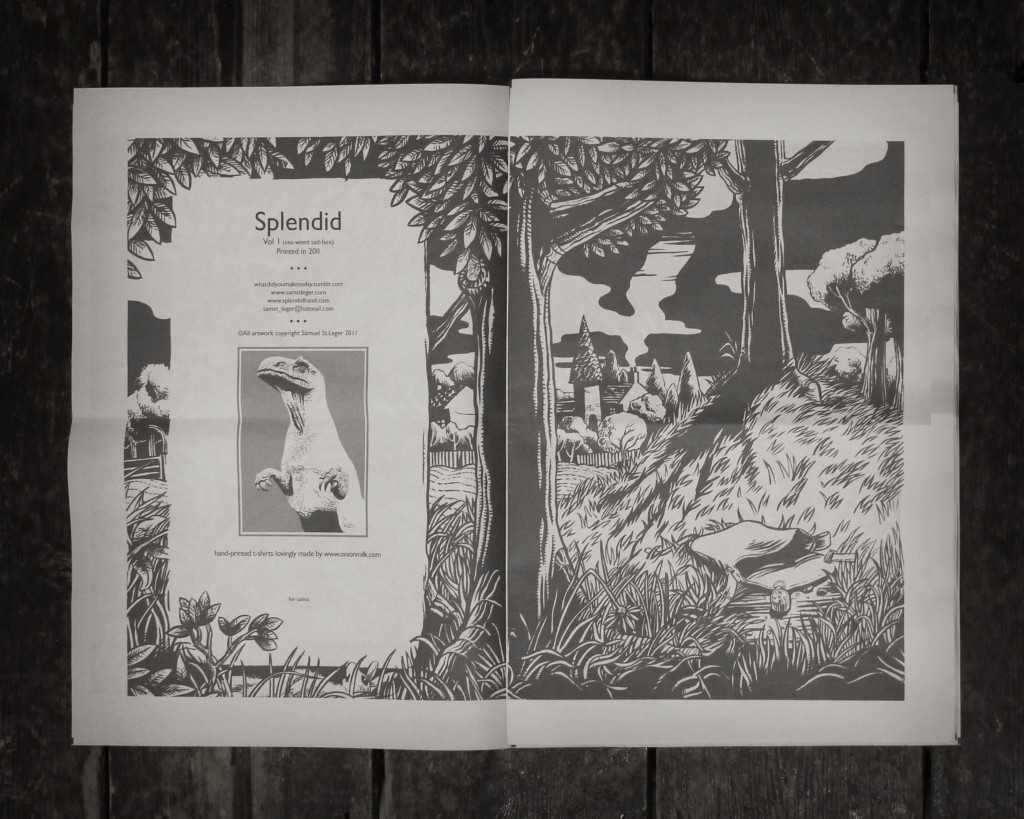 Splendid is a handsome collection of black and white ink drawings from illustrator  Samuel St. Leger. The 16-page digital tabloid includes a centrefold drawing of the Raft of Medusa and a wrap-around cover featuring this dour chap, Sea-weed Sad-face: 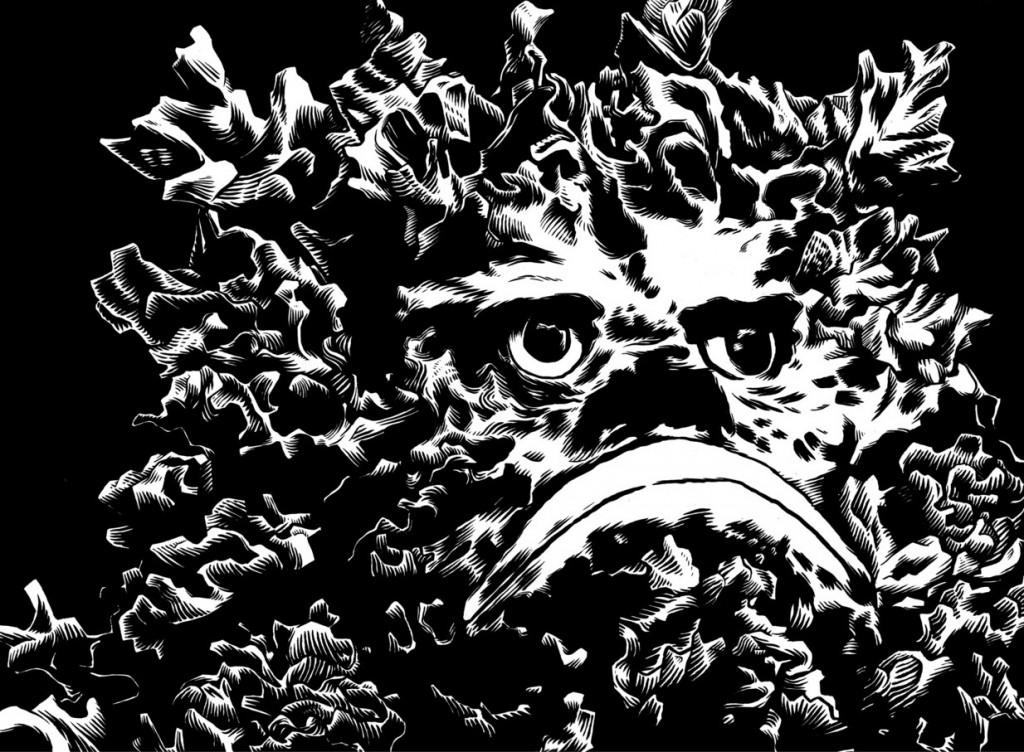 It's a great little publication available in The Newsagent now for £6.50 including delivery. We asked Samuel to tell us about the project:

The idea behind Splendid (in as much as it can be said to have any idea behind it at all) was that I wanted to collect together some of the illustrations I had made at the time. There isn't really a coherent theme to the paper, and each image is printed large enough to be considered on its own, though in general I tend towards nostalgic images, often tainted/mutated/warped by the passing of time and all rendered in a harsh black and white line which borrows somewhat from woodcuts, engravings, and comics. 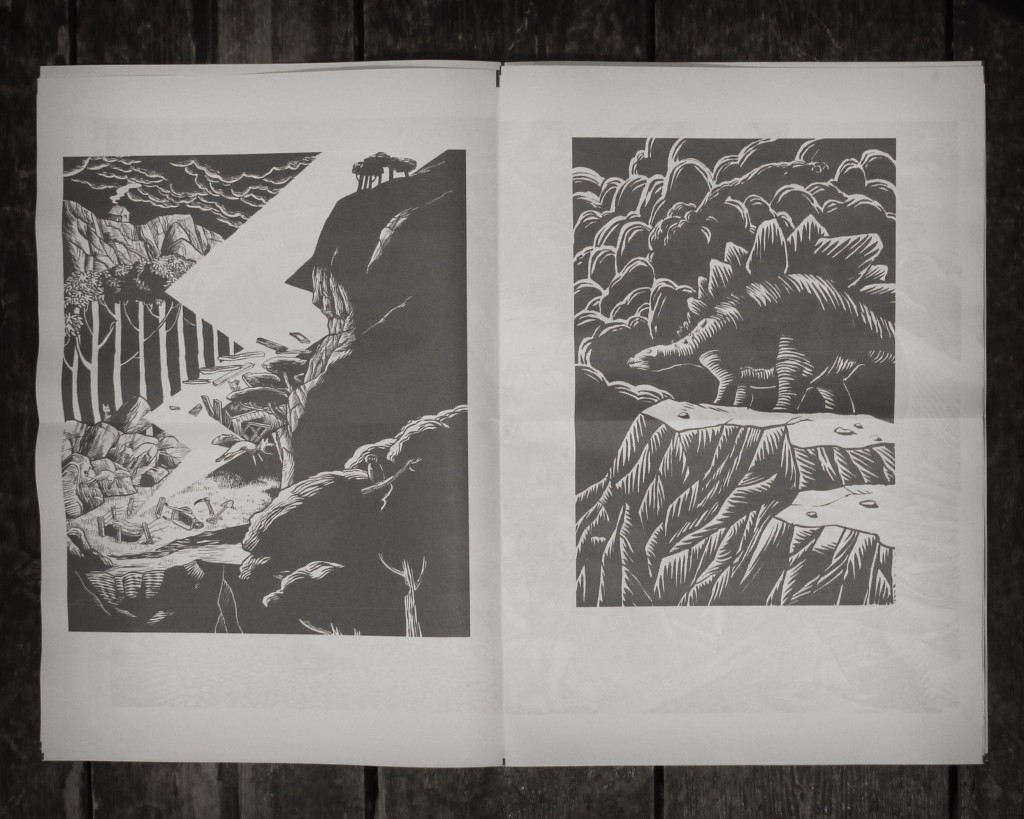 I have always loved the look and feel of newsprint and this project seemed to finally be something where I could marry the two -- my black and white illustrations printed in a newspaper. It hadn't escaped my attention that several artists also used newspapers to produce limited run comics and the like (Chris Ware being the easiest one to spring to mind) and I think I hoped to make Edition 1 from a backlog of work, print it and sell the whole run, then move on to Edition 2, 3, 4 etc. 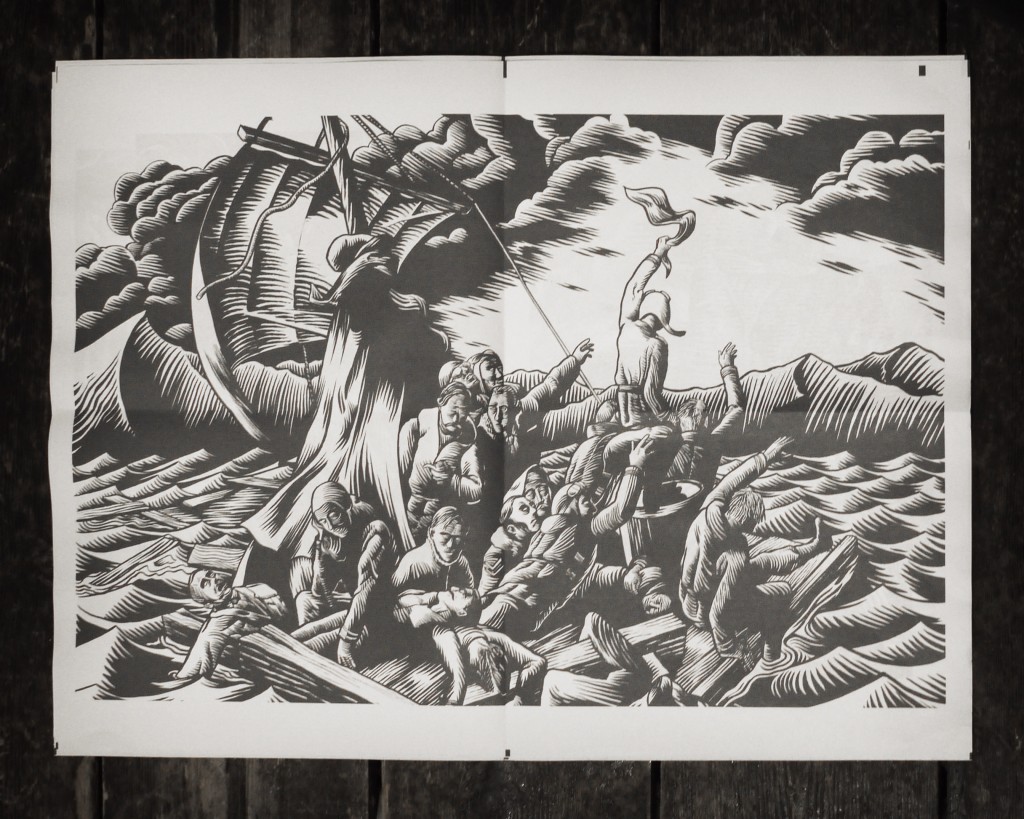 I really didn't have to search that hard to find Newspaper Club - literally just Googled 'newspaper printing UK' I think - and the site was the first to appear that was able to make short runs, in a good turn-around period and at a price I could understand and afford. Also, upon further investigation, Newspaper Club are very human, helpful and engaged - especially when I had a small flap about using process black or 100% CMYK black for my edition. 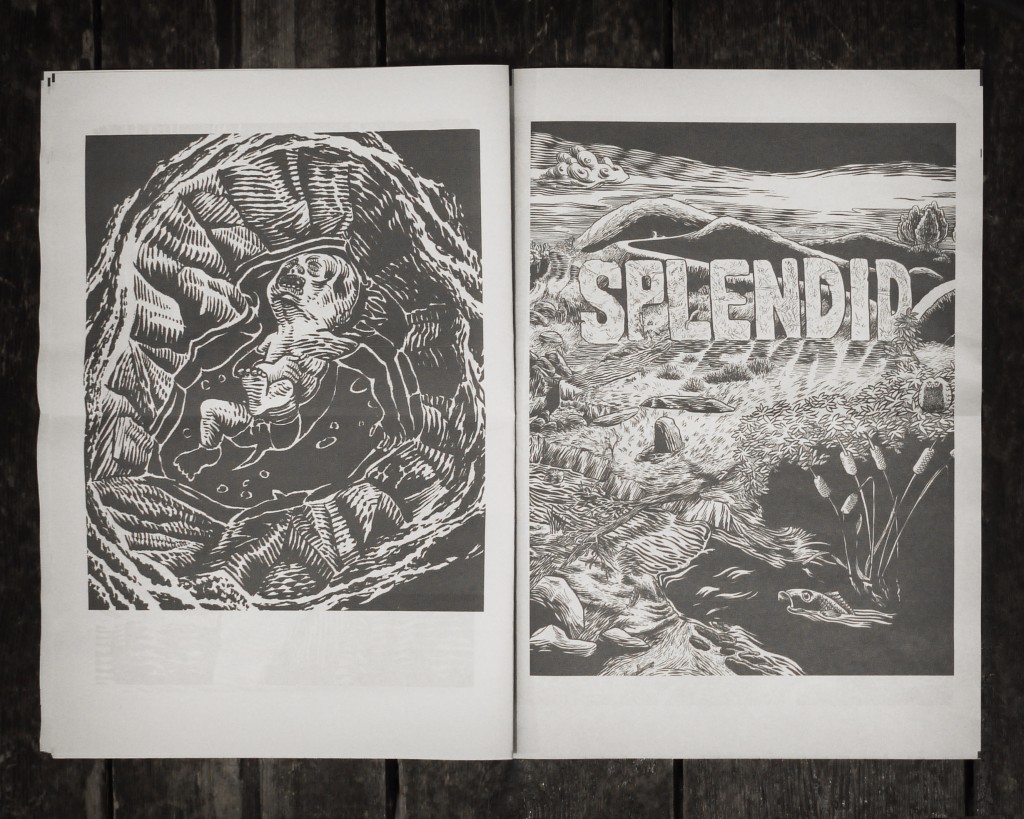 I faffed around quite a bit with the ordering and layout of my paper, and having decided on a short run, set about making a wrap-around cover (combined with a centrefold image, both things I remember as massive selling points for comics and fanzines of my youth) and drawing a couple of new bits. Then I sent it to print and waited. 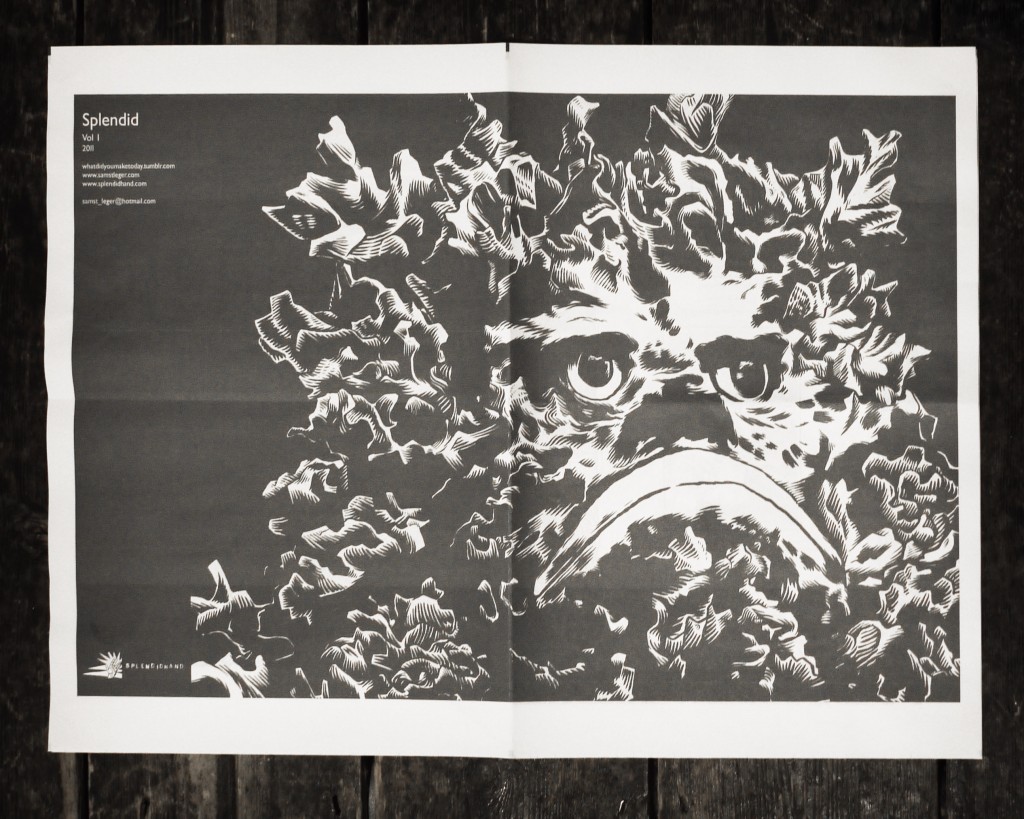 The best bit was when the box arrived at my workplace and I scrabbled at it pulling newspapers out. As I work in a creative agency a fair few people there were interested in the paper and bought them immediately. I still love to look through Splendid and it brings me immense satisfaction as an object to be interacted with and as a record of my work at that time. I have a couple left on my shelves in my studio, and every now and then, if I sell something via Etsy or the like I will chuck a copy in as a bonus!

You can find more of Samuel's drawings and musings on his blog. Thank you for printing with us!