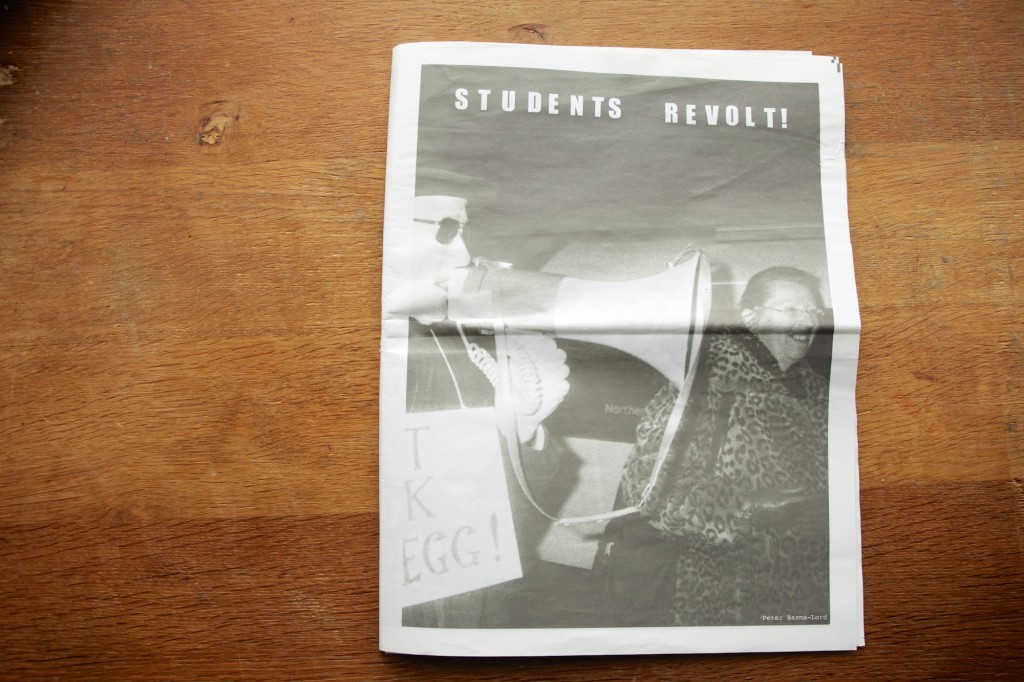 Peter Basma-Lord is a photographer and filmmaker based in Glasgow. He is the co-founder of Petkid, an independent publisher and label specialising in limited editions of film, music, photography and print. He recently printed a digital tabloid called Students Revolt! documenting the student protests in London through some brilliant black and white photographs.

Peter wrote to tell us about his project:

Students Revolt! is a series of photographs I'd been sitting on for a few years, having shot them during the student fees protests of 2010-2011. At the time they seemed to document a swell in the spirit of my generation, something that we'd been sorely lacking, however I wanted to hold on to the images and see what might become of our new found resolve in light of the vote for raising the fees. 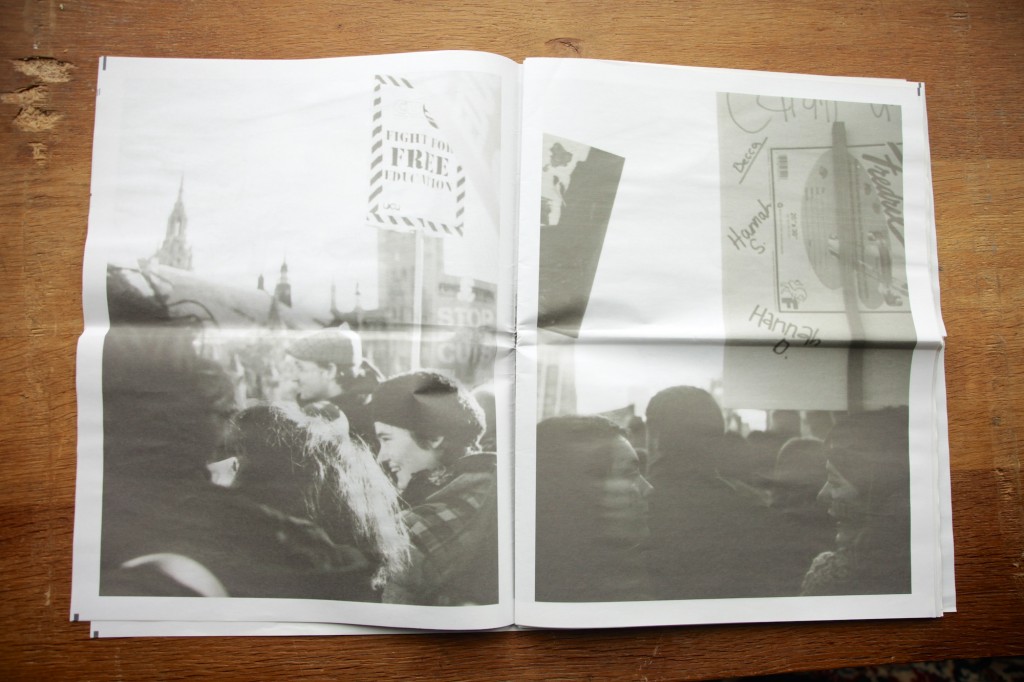 Now,  years later, I've gone back through the series and decided to produce something of an artefact of that spirit. When taken as a whole the images read almost callously, as the paper moves forward chronologically there is the initial burst of steam, then a weighty push and push back followed by an attempted regrouping that ends with a Big Mac and fries. 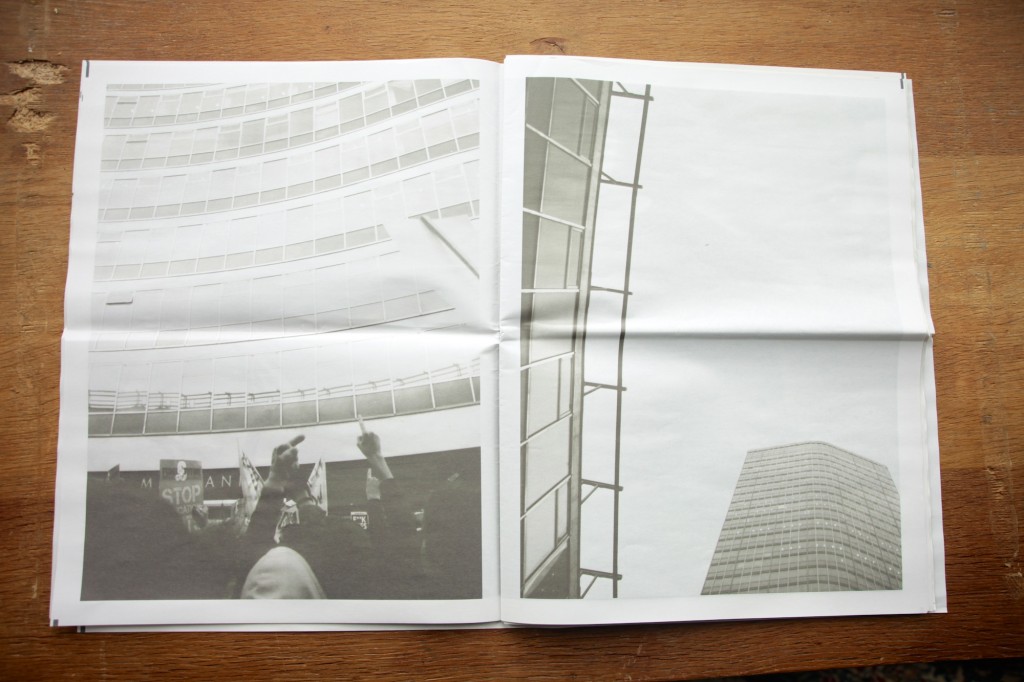 The paper is not intended to be bleak (although it easily reads as such!). The movement of bodies, dateless in their black and white, aims simply to preserve the anguish, resolve, idiocy, and  determination of the course of a few short months. Something to regard decades in the future as just another spike in our collective conscience. 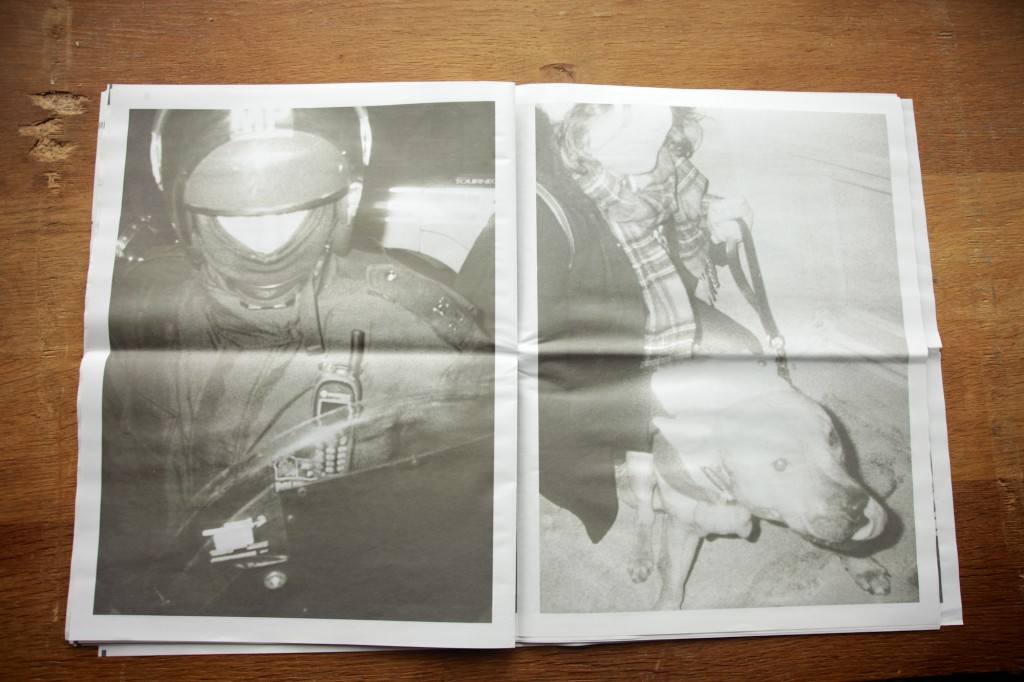 The images selected hopefully make clear the sentiment of the time, the heady rush physical and lucid, and the sharp pang of sobering jolts. They were produced from scans of high-speed black and white film with the layout produced in inDesign before going to newsprint - a fittingly non-archival medium for such an ephemeral subject. 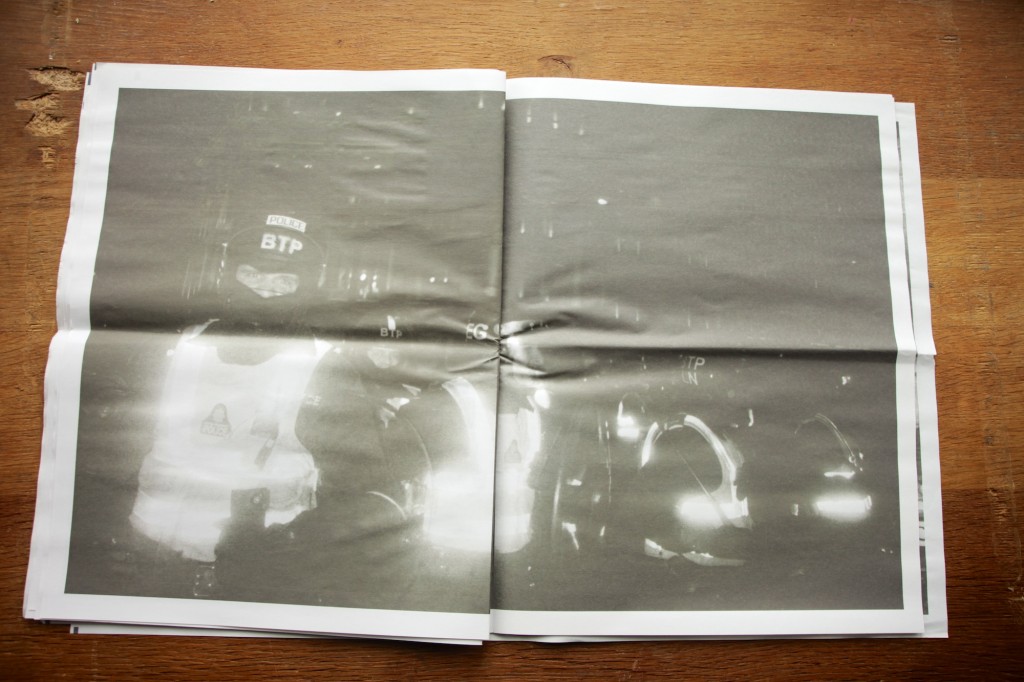 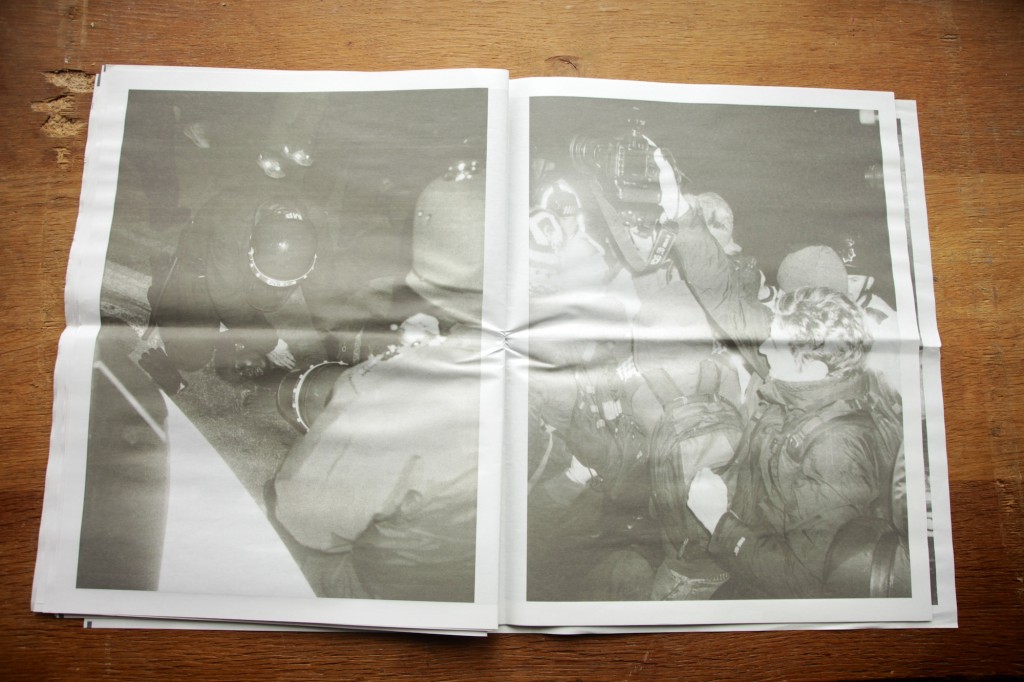 You can see more of Peter's work on his website and blog. Thank you for printing with us!