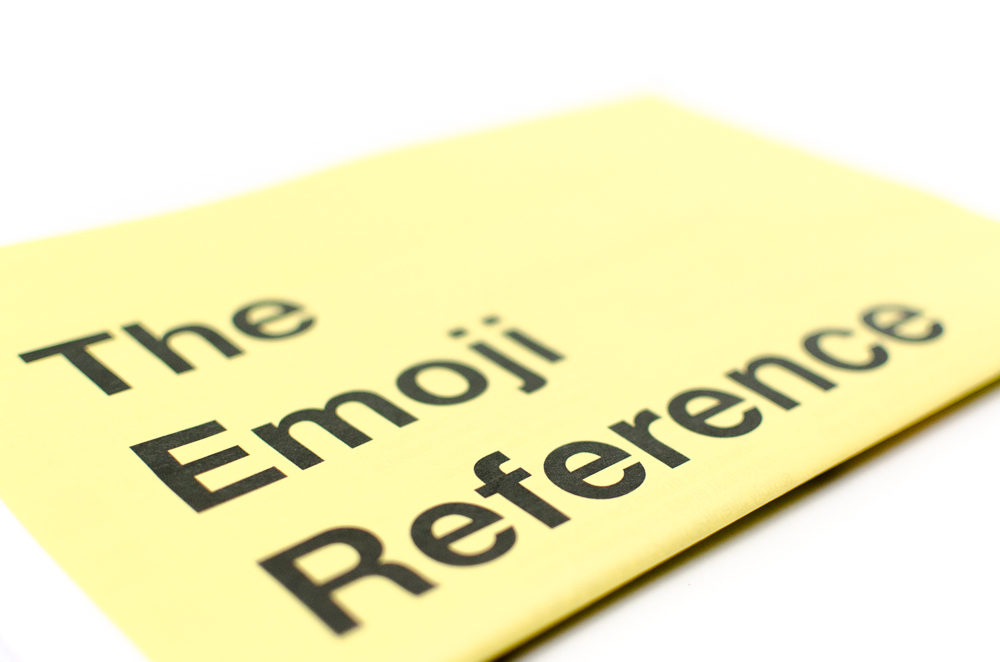 Frankie Roberto is a freelance creative technologist and a web developer for Newspaper Club.  More recently, he's an exhaustive collector of emoji and has put together The Emoji Reference Manual, a collection of over 700 emoji symbols and their unique hexadeximal codes.

There's also a website for the project where Frankie introduces his publication:

Symbols and icons are everywhere we look, from hi-fis to washing machines. Once understood, their meaning is quickly communicated, but for the uninitiated they’re an intriguing puzzle.

Born in Japan to make it quicker to communicate via text message, Emoji icons have become a global phenomenon since being adopted into the Unicode standard in 2010. Thanks to this, you can now use emoji in tweets, e-mails, and even URLs.

The emoji graphics featured in this reference guide are from the Apple Color Emoji typeface, primarily designed by Willem Van Lancker. The emoji have been arranged in thematic groups, from people to objects.

Looking through the emoji, they reveal some of the preoccupations with modern living, and give a glimpse into Japanese culture.

We asked Frankie some questions about his publication and here's what he had to say:

Why did you want to create an emoji reference manual?

I started seeing more and more emoji used all over the the place – in tweets, on websites, even in occasional e-mails – and so I was curious as to how many there were and what the full list looked like. I was astonished to discover that there are over 700. So many that it’s hard to get a sense of them on a mobile phone or laptop screen. Printing them all out seemed like the obvious thing to do.

It took way longer than anticipated because I decided to group them into categories to make the full catalogue easier to understand. Some of the categories are straightforward, like Animals, Nature and Food, others are more esoteric, like Gestures and Celestial Bodies. There’s also a whole category dedicated to cat emotions… 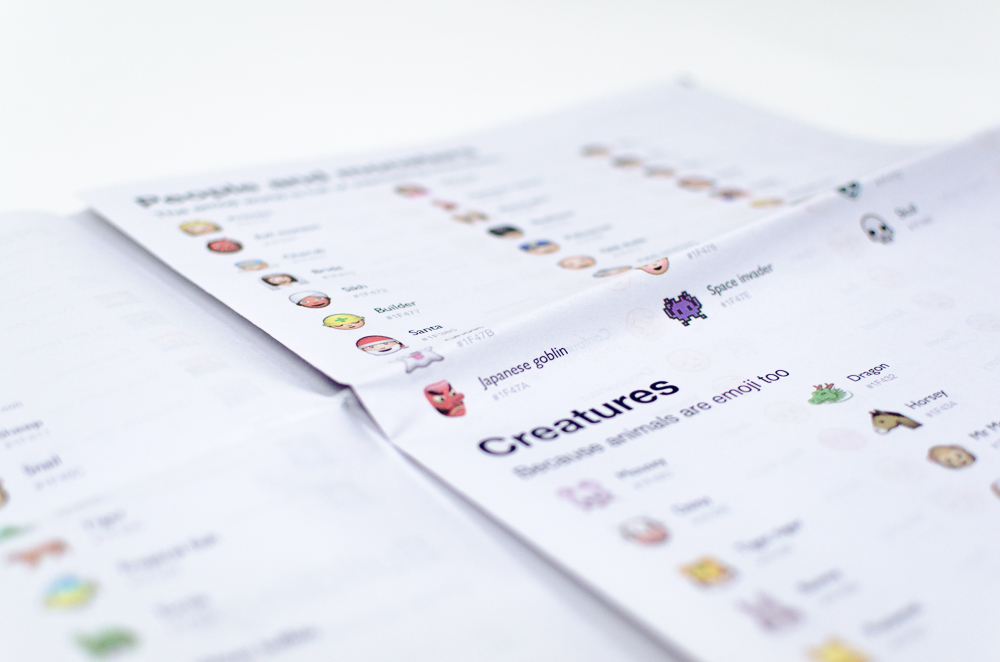 How often do you use emoji in your day to day communication?

I try to slot them into text messages and tweets when I remember, but I’m not using them all the time. Sometimes it’s fun to try and compose a message solely of emoji as a kind of puzzle for the recipient to figure out.

What's the most creative use of emoji you've found?

Emoji Dick is a complete translation of Moby-Dick, which has been published as a book. The original book was split into sentences, and workers on Amazon Mechanical Turk were paid to try and find the most appropriate emoji substitute, using funds generated through Kickstarter.

I’m not sure how truly readable the finished book is though. 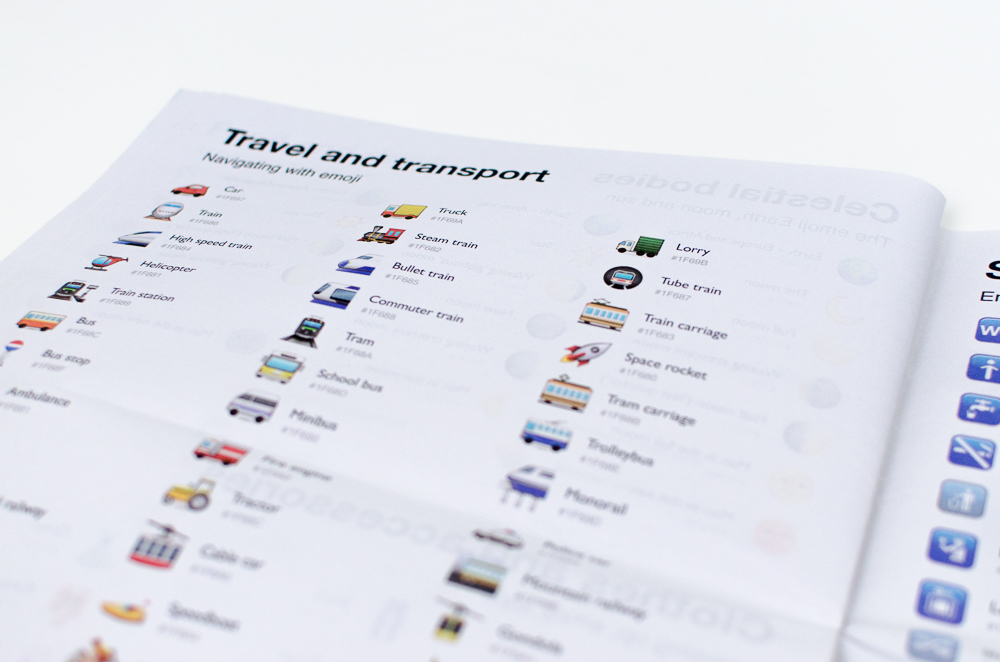 If you could create a new emoji what would it be?

There’s no giraffe, which is a shame, as they’re my favourite animals. I also think a Mars emoji should be added, in plenty of time for an astronaut landing on it, hopefully within my lifetime...

If you were stranded on a desert island and could only take three emoji, which would you choose?

Well, if I could actually use them on the desert island to communicate with potential rescuers on the horizon, then I might pick

Otherwise, if it’s just for personal enjoyment whilst I’m there, then I’d go with