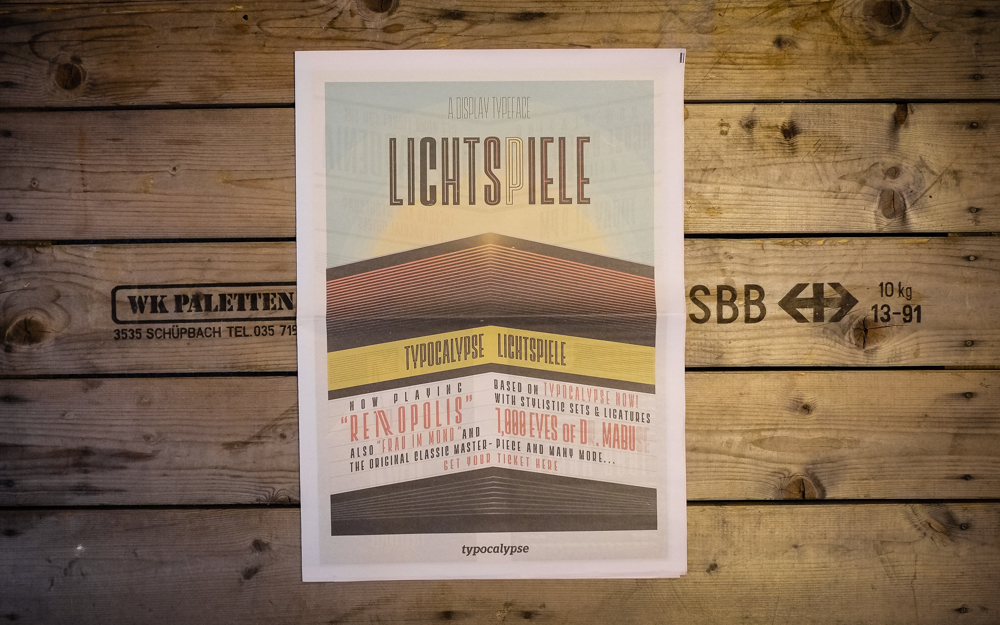 Lichtspiele is a celebration of early cinema through typography. Graphic designer and typographer Stefan Huebsch printed a newspaper to showcase his headline font of the same name, inspired by vintage film lettering. 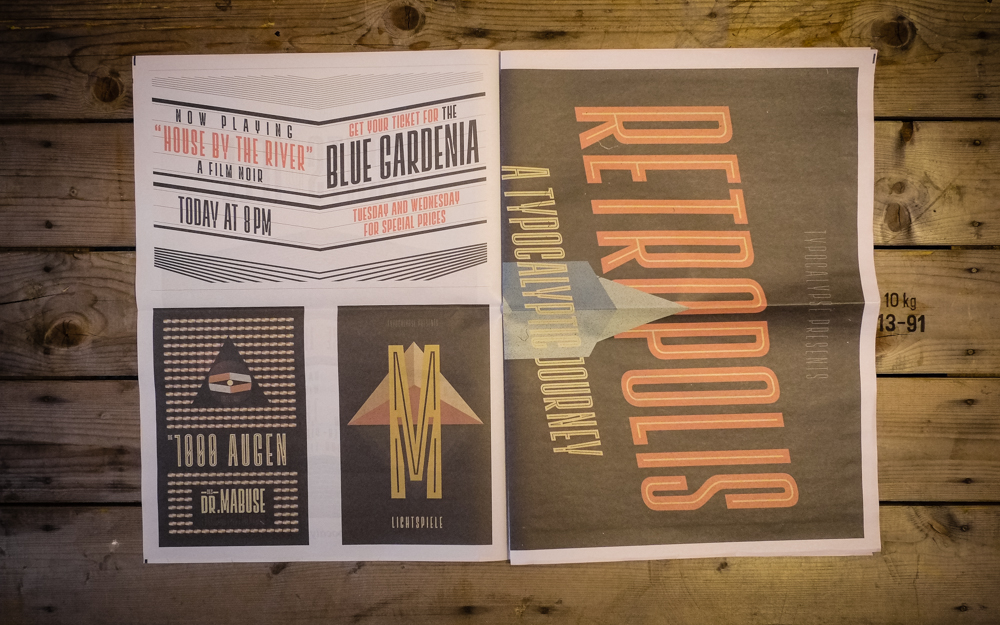 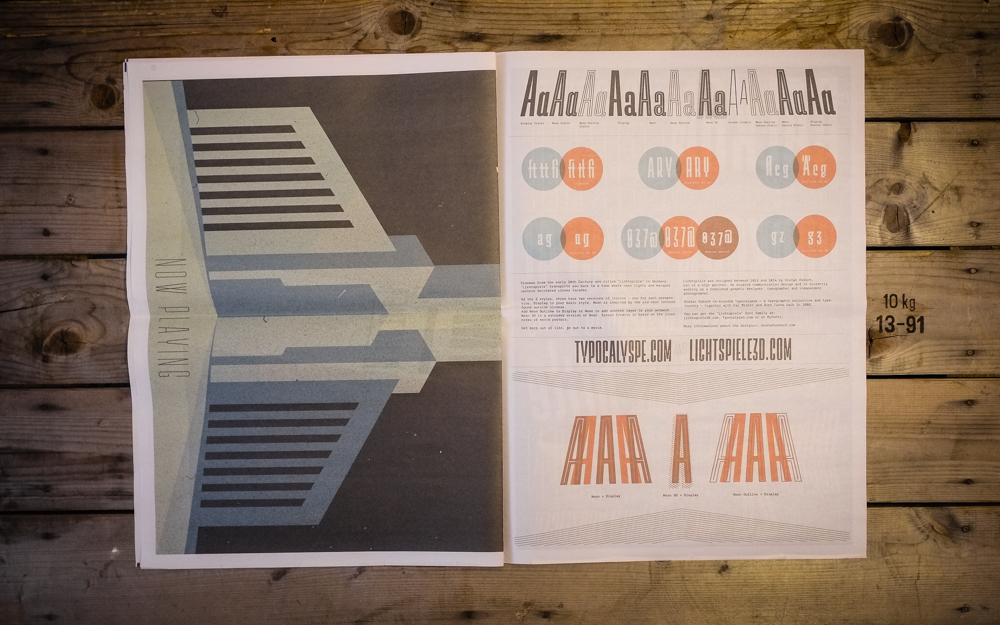 It was only fitting to pay tribute to the big screen with a big digital broadsheet. Huebsch made the most of its oversize pages by turning the centre spread into a double-sided poster for his mock film, Retropolis: A Typographic Journey. 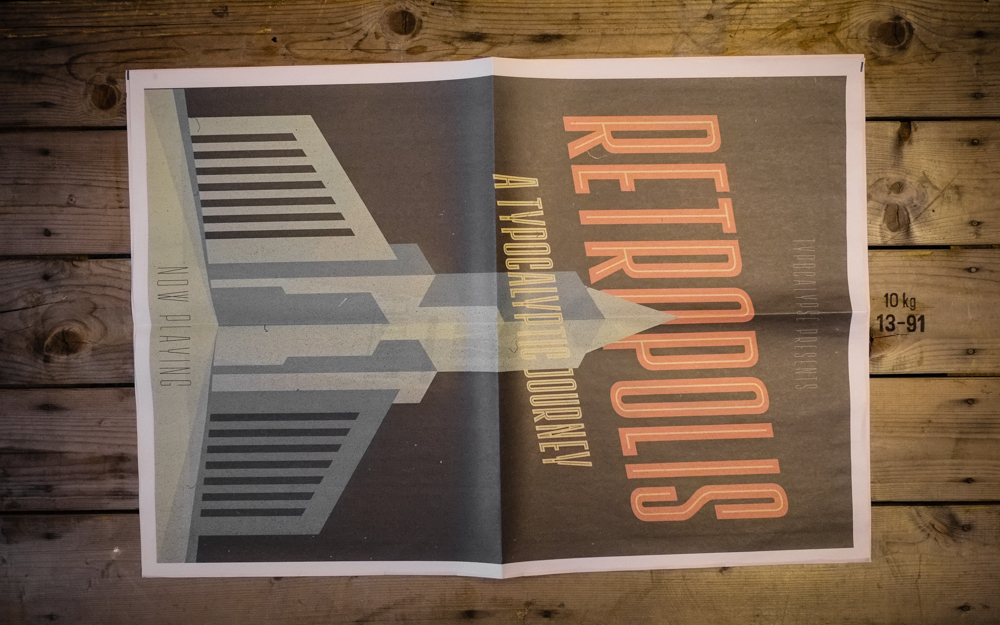 "It was a nice experience, unpacking the box of newspapers," Huebsch says. "The smell of paper and print brings you back to a time when ‘digital’ was something from a sci-fi film." 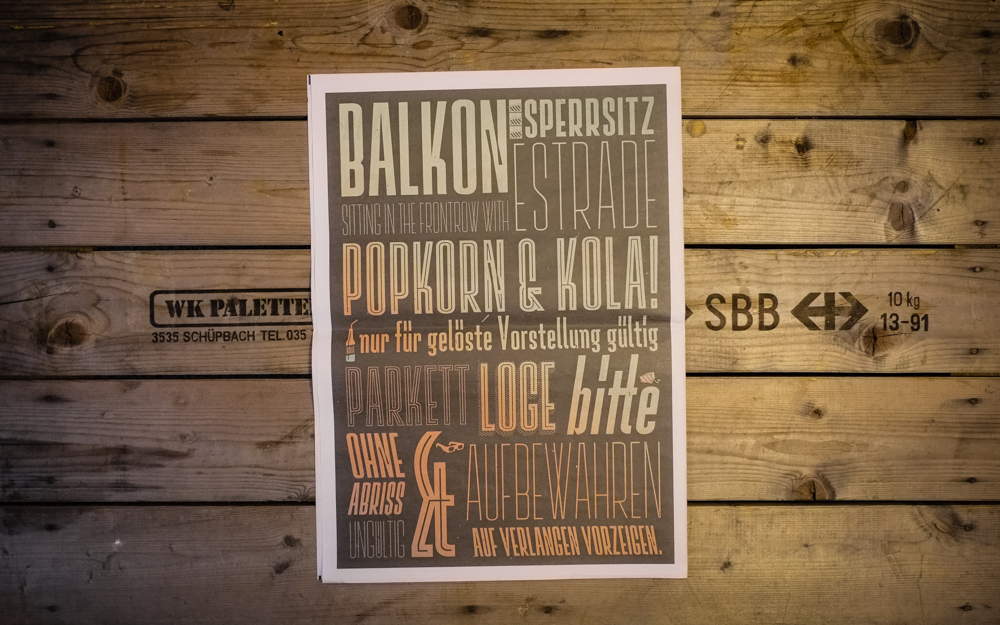 Head over to Huebsch's website to see more of his work and keep up with him on Twitter.

Learn more about our digital broadsheet newspapers. Our biggest format makes a big impression. Great for pull-outs, posters, and portfolios.