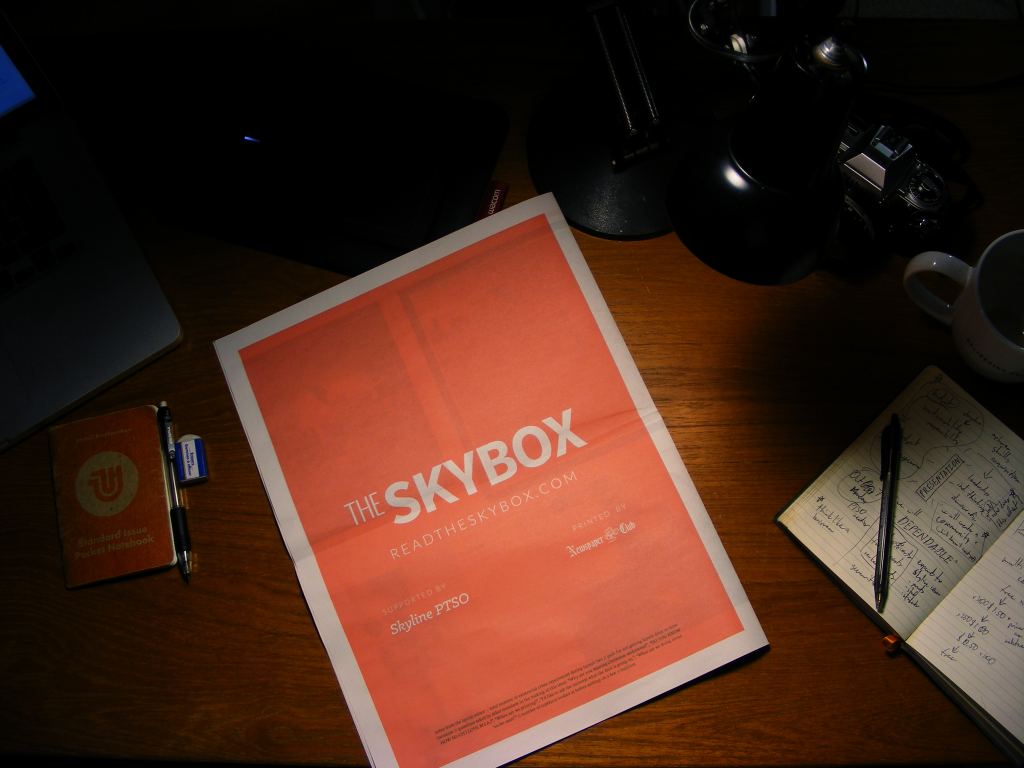 The Skybox is the student-run newspaper of Skyline High School in Ann Arbor, Michigan. We recently printed their first issue and asked them to tell us a bit about the process of putting it together. Here's what designer Daniel Ignacio had to say:

We had a website, but we still wanted a print edition to establish ourselves as a legitimate publication. Words and pictures tend to have a better impact on a page rather than just on a screen. 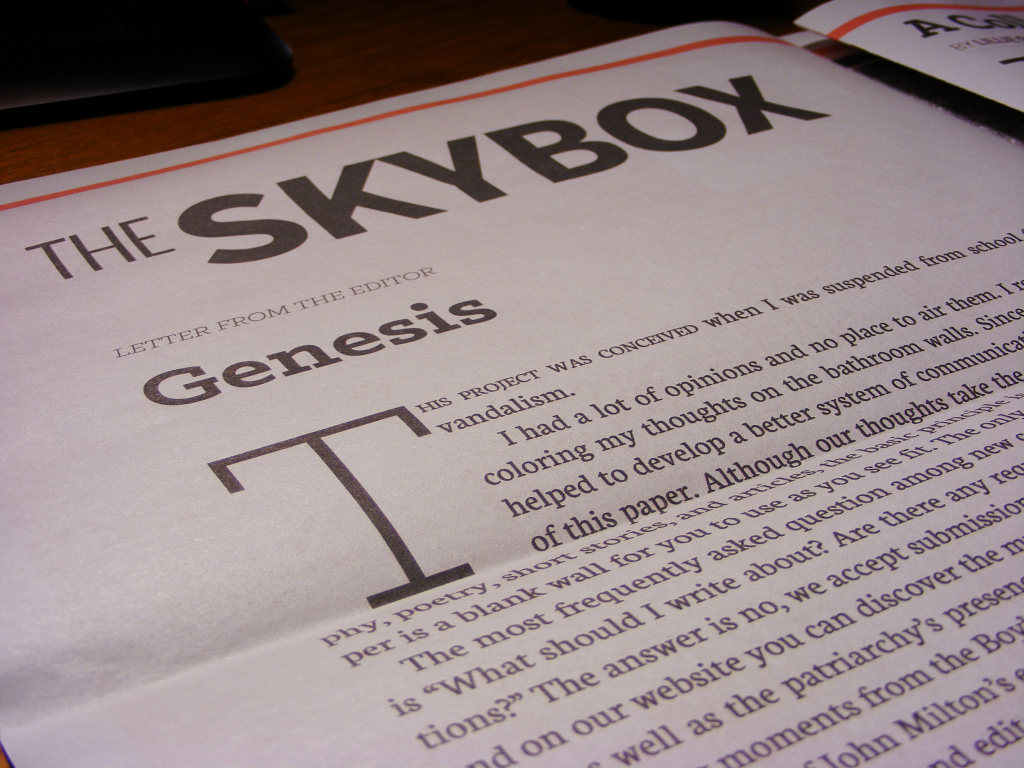 However, there was a problem. While The Skybox had enough funding and content for our first issue, nobody in town could print us. Poor Wei Wen, our editor-in-chief, went to every printing company in our city and was turned down by all of them. At this point, we weren’t even concerned with printing on newsprint-- we just wanted ink on paper. At one meeting, I think one of us joked that we should cut down a tree and make our paper from that. 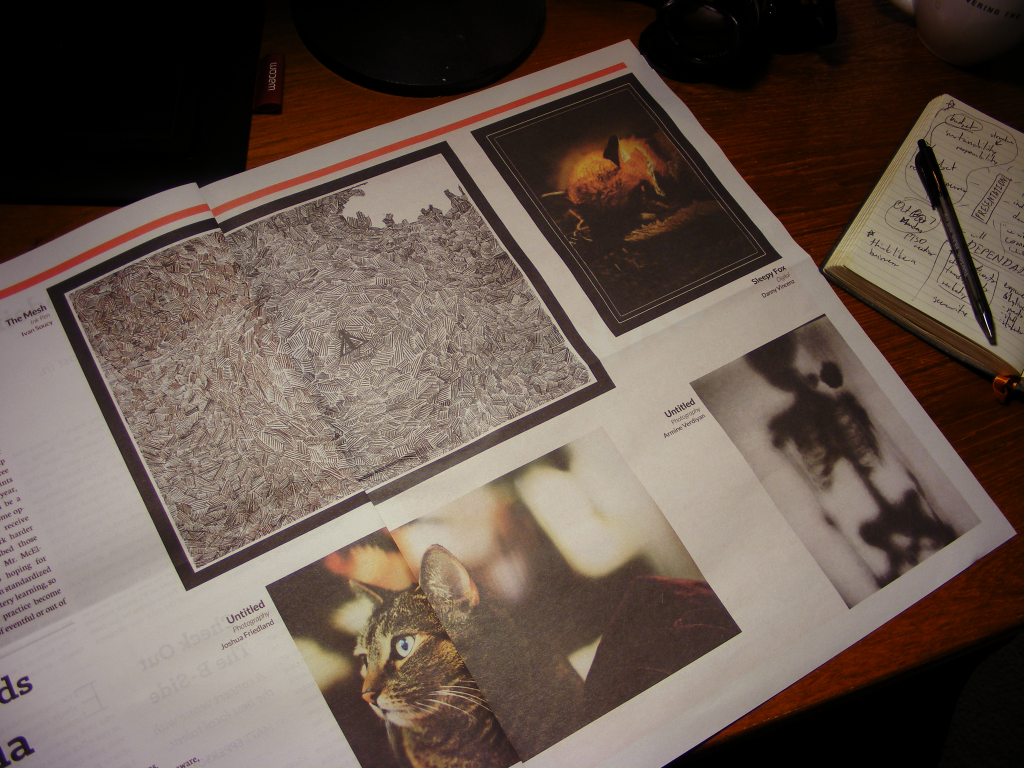 Fortunately, I happened to hear about Newspaper Club before I joined The Skybox. Impressed with the print quality after requesting some samples, I pitched Newspaper Club to the team, and they were amazed with how many copies we can order and the prices. We requested and received a grant for printing from our school’s PTSO, which let us print 300 eight-page digital tabloid copies. 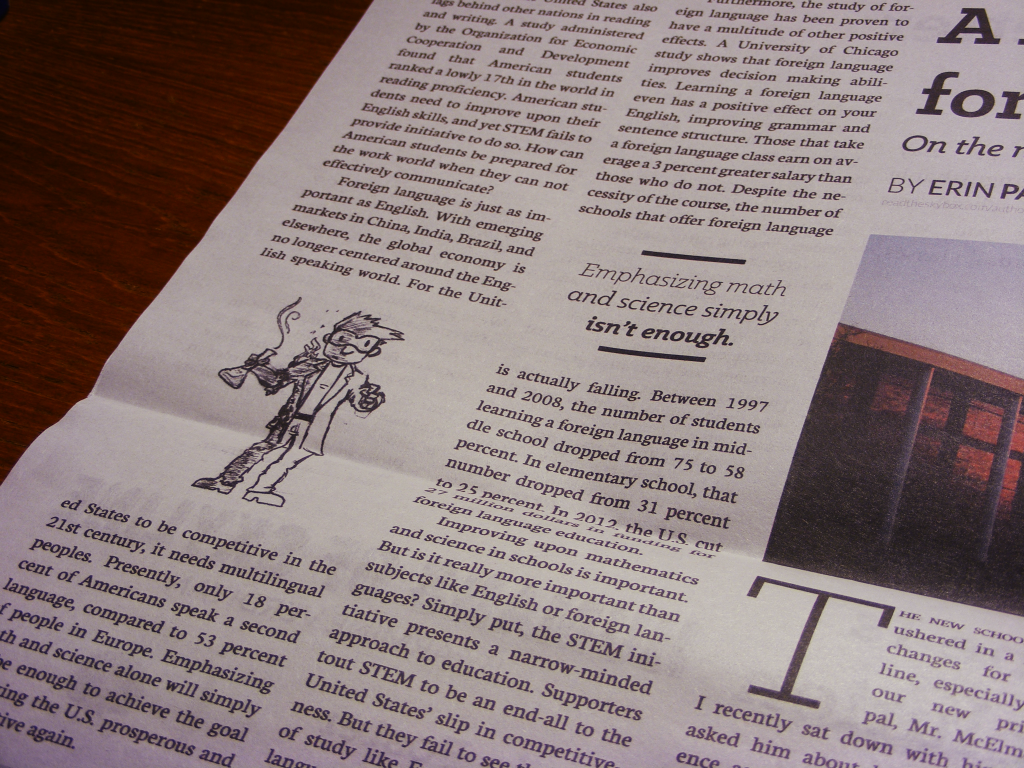 The cover pages were originally going to feature a photo or illustration, but they’re instead a solid orange (our official “Dawn Orange” color to be specific). I wanted people to pick up a copy wondering what the orange cover with our strange logo meant. For typography, I never got to use a slab serif typeface in any other work, so I willed myself to use one; thus, titles, pull quotes, and drop caps are set in Lost Type Co-op’s beautiful Klinic Slab. For some inspiration, I scoured Behance, Designspiration, and FPO in the months prior to layout. (Tip: web design inspiration counts as print inspiration too.) 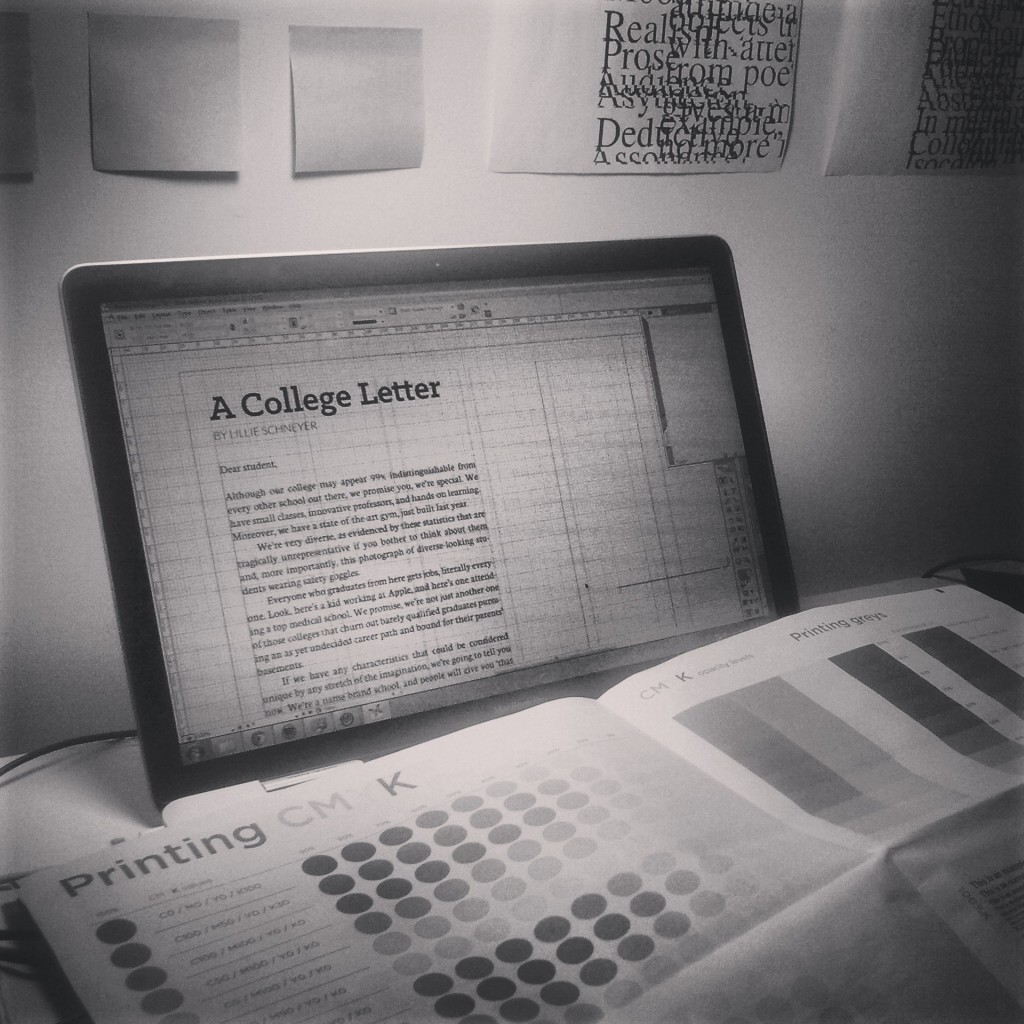 On the Monday during the week before winter break, the newspapers arrived. We then started distribution two days after at our high school. The response was incredible. By the end of the week, we had only several copies left. Even better, people have now stopped saying, “Wait, our school has a newspaper?”

We think it looks brilliant and love that Skyline High School is keeping the tradition of a real hold-in-your-hands school newspaper alive. Thank you for printing with us!