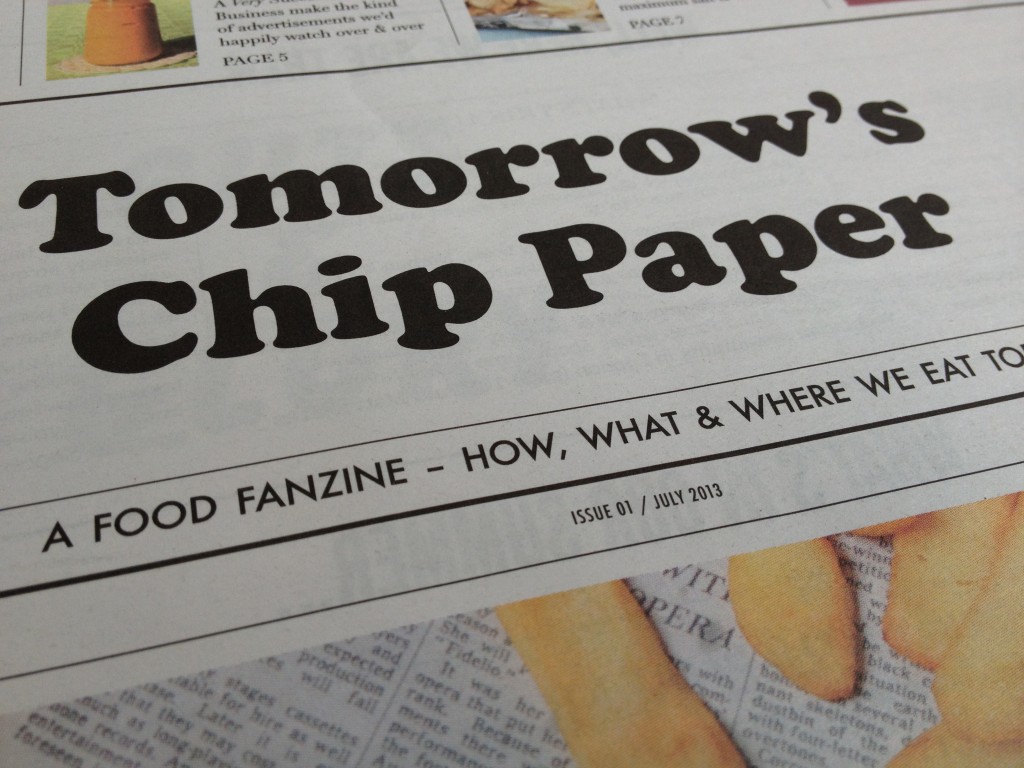 June's Newspaper of the Month is Tomorrow's Chip Paper by Holly O'Neill and Matt Utber of The Plant. We asked them how they came up with such a tasty idea for a newspaper:

"The idea began, as lots of good things do, in the pub. Over a couple of beers and a Wigan salad (what's that, you say? See our first issue), we agreed that despite the numerous (mostly very good) food publications out there, we wanted to start another. There are some lovely new food magazines, that devote a lot of space to photography and longer essays, and are well designed, beautiful and arty, but we wanted to use the newspaper format. 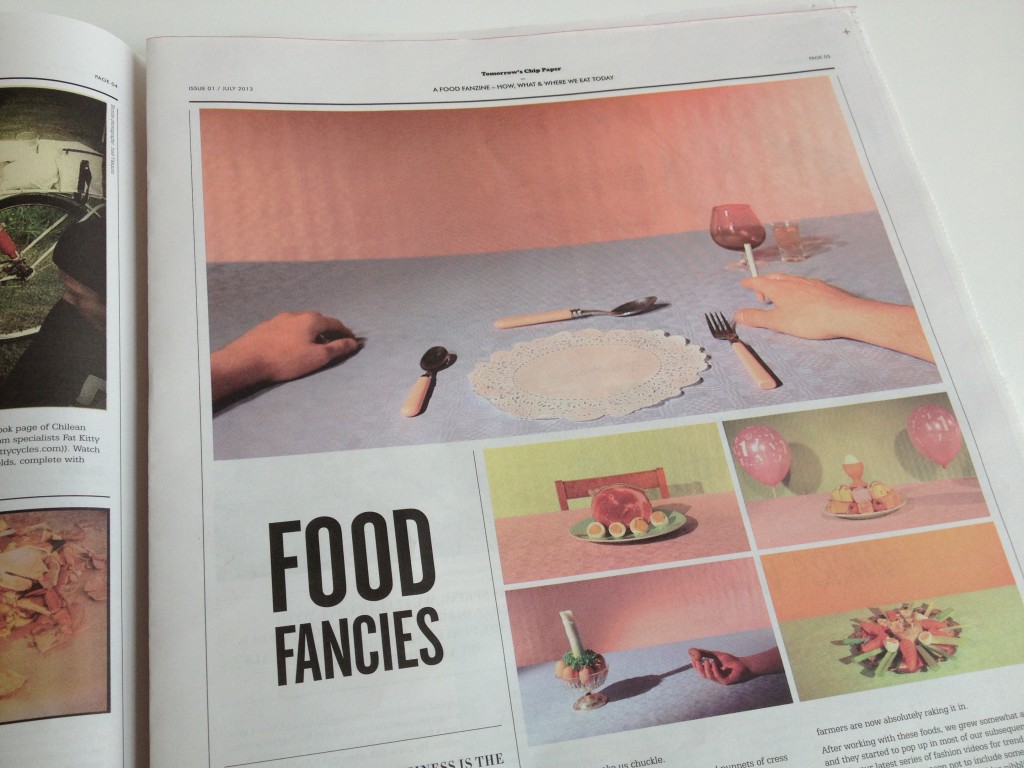 Tomorrow's Chip Paper is a food newsletter about how, what and where we eat. We want to know what's going on now in food and we'll also turn an eye to what's come before, and explore anecdotes behind some favourite foods. We'll yell about what we love but we're not afraid to call bullshit on food we don't like (for whatever personal or trivial reason), but we'll do it with humour and good spirits.

We like good writing, good images, strong opinions, and strong ideas – if it's interesting, it goes in. We know what we like because we bought it and tried it, not because a PR sent it to us.

So this is our folly; we're creating the newspaper that we want to read. It's our fanzine to food. We're doing it lo-fi, on the fly, to produce something informative, celebratory and humorous, light but not trivial, easily consumed, and ultimately disposable.

We wanted something very immediate, easy to read, and of course interesting and with the flexibility to use food images and fun design, but didn't want to seem too serious, or make a publication that people felt they had to keep.

A tabloid newspaper was the solution to give us enough space to have fun with the design, but keep things snappy and approachable, and easy to read while waiting for friends at a bar (and we're being distributed free into cafes and bars). 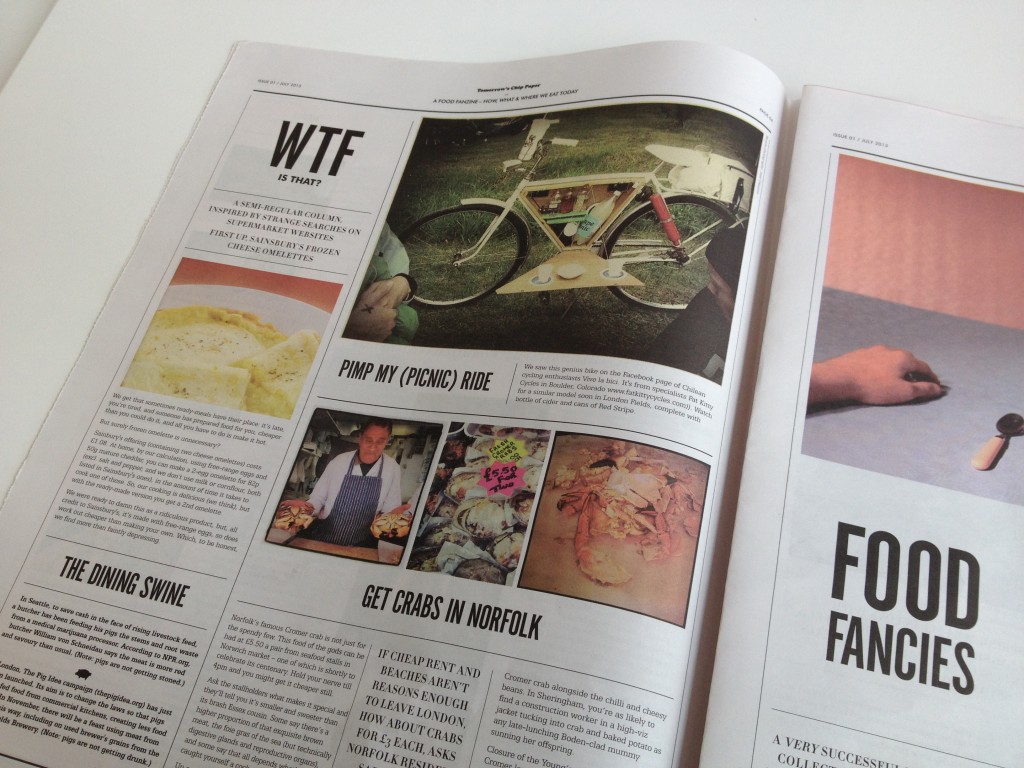 For this first issue, we asked friends and people whose work we liked if they'd write us something – about whatever they're into right now.

So we've got a great story about eating illegal veal guts in Rome, some work from the amazing creative duo A Very Successful Business about their short food films, and an interview with an artist/chef about her recent residency in Venice. We asked a butcher and a vegetarian chef where they like to eat out in London, and some fun things to make wine and cheap snacks even more fun.

Tomorrow's Chip Paper is the official newspaper of summer's FEAST – a festival celebrating dining, done differently, in London's Brick Lane. We'll launch our first issue at FEAST on July 4 (but really, we're more interested in eating everything there, and then some more).

There'll be copies at the festival, and look out for us now, being distributed in by hand, in London. We're pretty happy with the first issue, but we're really excited about the second issue. We've already got some great stories that we couldn't fit into the first issue, and we're getting more in. Look out for us again in September."