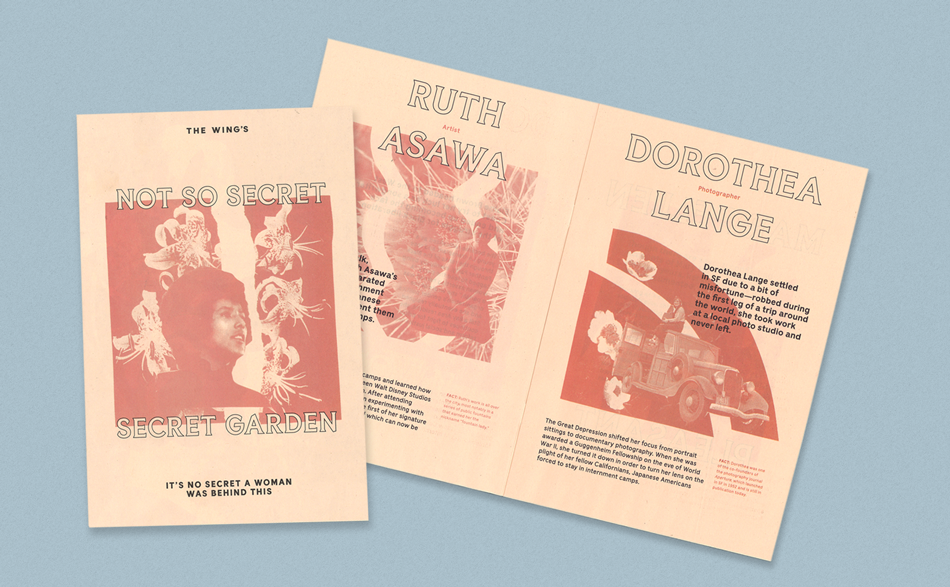 After graduating from the Rhode Island School of Design in 2015, artist Adriana Gallo spent 2 years as a graphic designer for the Ace Hotel, where she created signage, flyers, editorial illustrations and exhibitions—like a mini mart-inspired pop-up shop.

From there she became the art director at New Lab, a Brooklyn-based tech hub. Her designs for their in-house publication Tech Fancy, printed as a tabloid newspaper, first brought her work to our attention. When she became a designer at women's club The Wing she printed with us again—a mini newspaper (pictured above) celebrating the legacies of radical women in San Francisco. All the while, Gallo kept a steady stream of side projects going with clients like Lenny Letter, Teen Vogue and Man Repeller.

In January, Gallo made the leap to being a full-time independent designer. Here, she talks to us about designing for print, adjusting to freelance life and balancing commercial and personal projects. 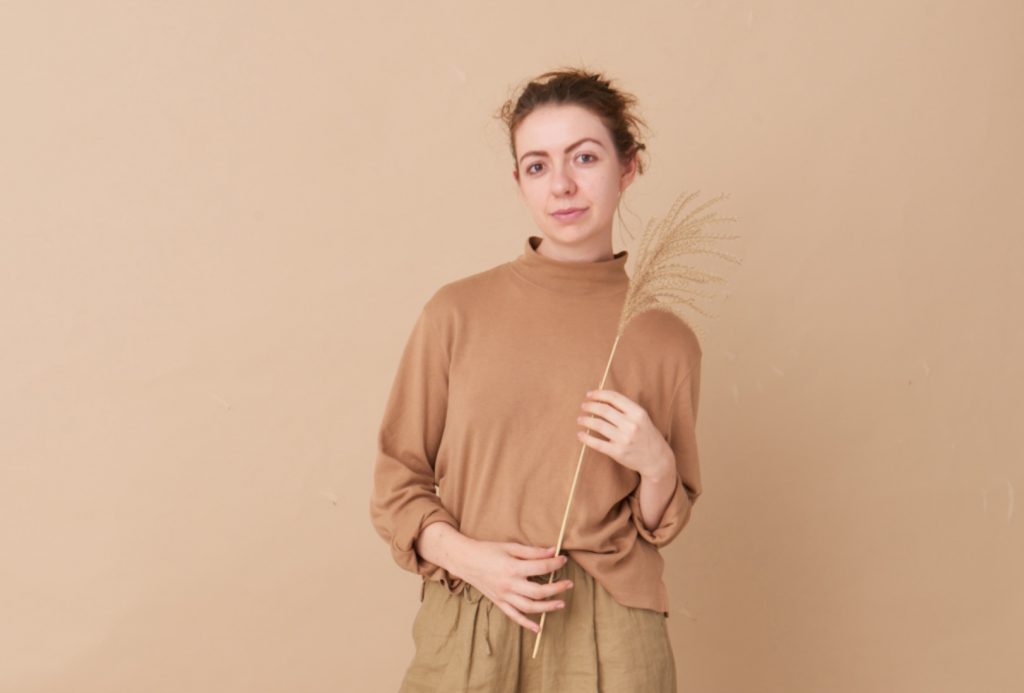 When did you know you wanted to be a designer and how did you get to where you are now?

I always knew I was going to make things. As a child I lived in Milan and was exposed to incredible paintings, objects, and people. I can't overestimate the effect this had on me. When I was choosing higher education, art school seemed like the only choice.

I went to the Rhode Island School of Design (RISD) where I learned how expansive the definition of making could be. I wound up majoring in illustration because it was the department that required you to take as many classes outside of your major as possible. So I painted, made ceramics, did textiles, and designed zines. I never really thought about what to call myself until I had to apply for jobs. 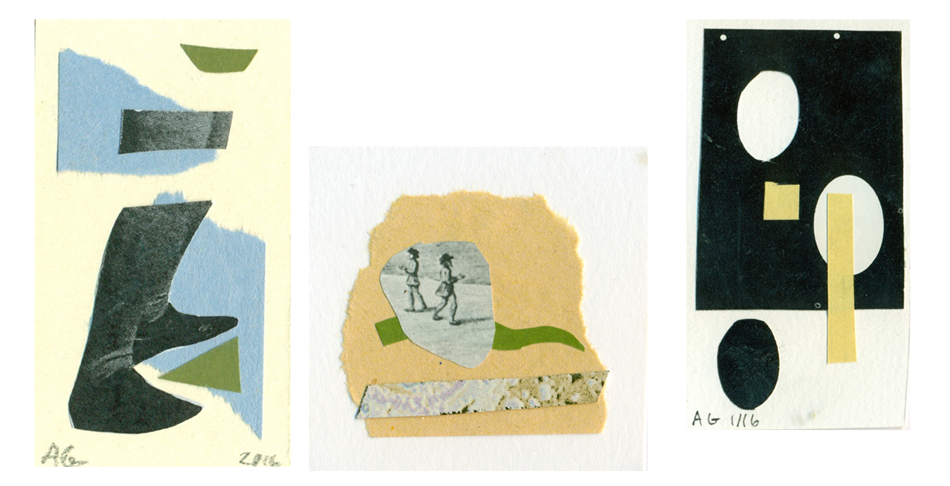 Collages by Adriana Gallo, from an ongoing collection.

Of the skills I had, design seemed the most marketable. But I've never believed in “designer” as an identity. To me it's a skill—a valuable one, that allows us to explore and pull apart the ties between language and image. But it’s difficult for me to truly align myself with the profession. I maintain a fine art practice and am very cognizant of the ways in which I have to compromise to continue making the kind of work I believe is important.

Can you tell us about your previous design role at The Wing? How did you land the job?

My work history is full of cold calls. I just emailed The Wing and was called in for an interview. That was it! I worked on anything from signage for the spaces to co-branded events to photo shoots for apparel. 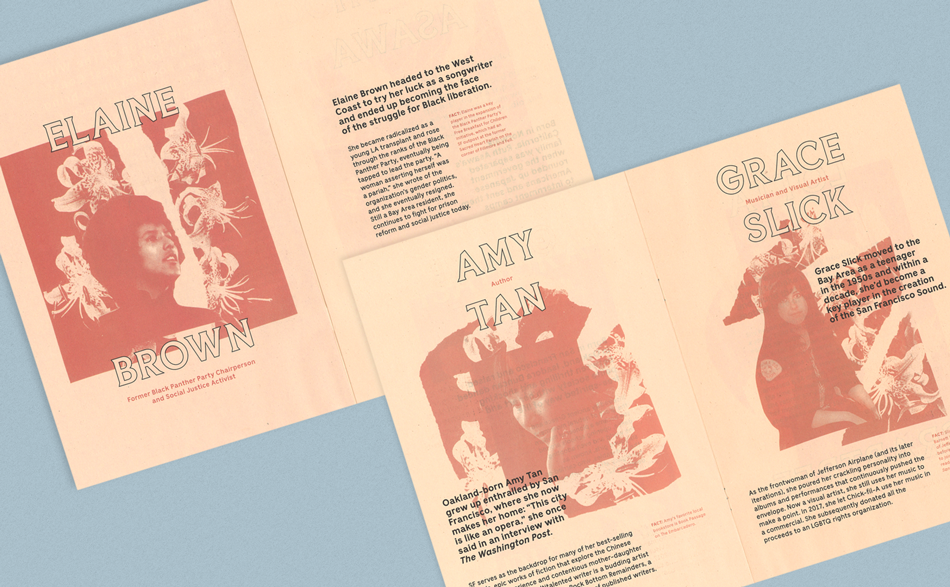 Zine designed by Adriana Gallo for The Wing. Printed as a mini newspaper on salmon newsprint.

The "Not-So-Secret-Secret Garden" zine you made for The Wing was one of our favourite newspapers from last year. What was the idea behind it?

The Not-So-Secret-Secret Garden was a pop-up event to celebrate the opening of the San Francisco Wing location. I was the graphic designer on the project, working in collaboration with the Wing’s Experiential Design Director, Dana Otto, to take over Marigold flower shop for the weekend.

Gallo designed flyers, merch and a zine for The Wing's two-day pop-up at Marigold flower shop in San Francisco. Photo by Margaret Austin.

Design for the event consisted of flyers posted throughout the city, merch, a stem bar, and the newsprint zine made with Newspaper Club. The design system was grounded in the history of punk zines in San Francisco and the part they played in the radical communities of women, LGBTQ+ people, and people of color in the city. I used both collaged and found imagery with a monochrome tone to allude to this history. 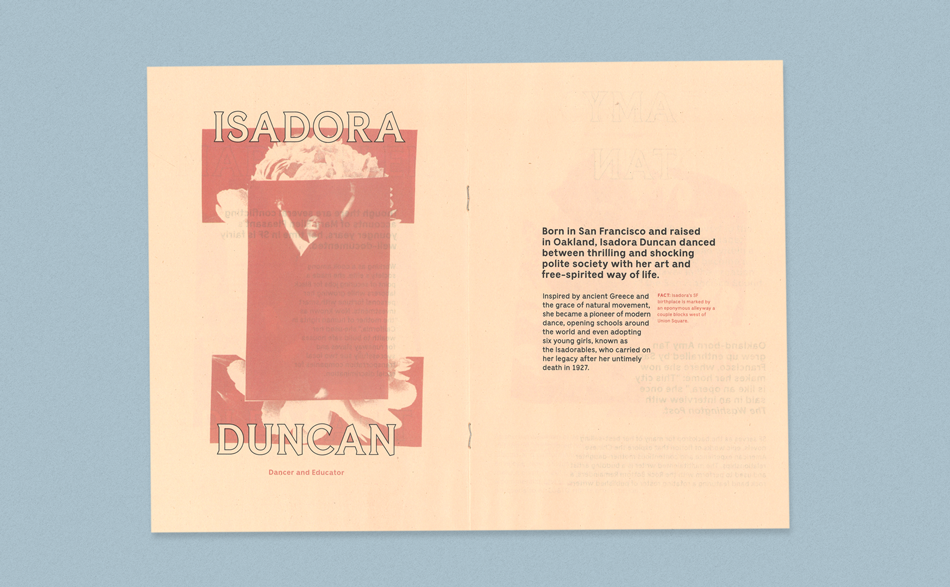 Zine designed by Adriana Gallo for The Wing. Printed as a mini newspaper on salmon newsprint.

The zine was used as a takeaway for the event, honoring the ways in which San Francisco has been a home to those seeking inclusion and equality. We worked with Alexis Coe for initial research to select a diverse range of women and Roxanne Fequiere, the copywriter at the Wing, did her magic with the language with help from Alex Covington, the Brand Director. For the illustrations, I made collages of each of the women we profiled with found images of flowers which we used on the flyers as well.

You also printed several newspapers for New Lab, a collaborative tech hub in Brooklyn. Could you tell us about that project?

I worked as the only graphic designer for New Lab and was art director of its publication, Tech Fancy. Tech Fancy had existed in a monthly digital form before I came on, but I introduced a print version to give the content a different kind of life. 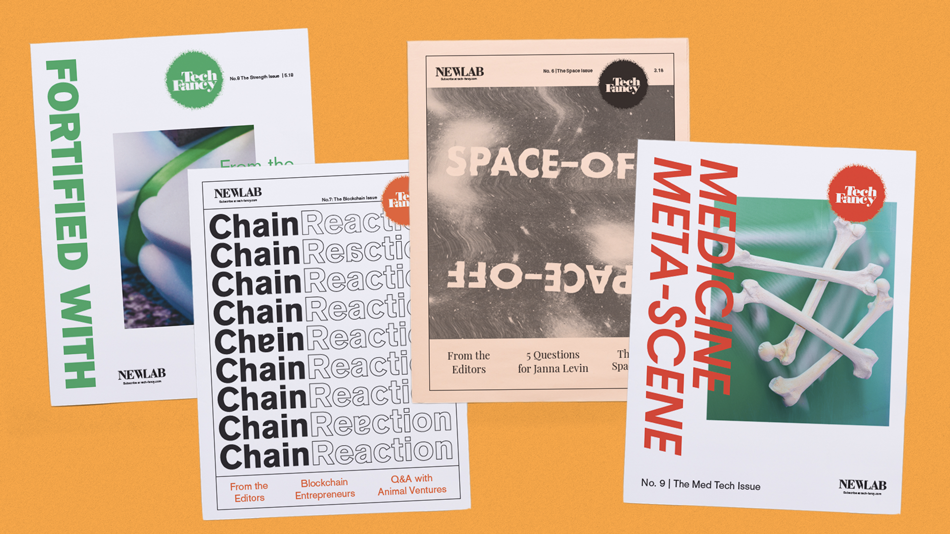 Tech Fancy, a publication from New Lab, designed by Adriana Gallo. All printed as tabloid newspapers.

I collaborated with Mari Kussman and Molly Erman on Tech Fancy. Every month we developed the issue around a theme—like Blockchain, Med Tech, etc—to discuss and research the implications of various technologies and the ways in which New Lab members were contributing. We’d then create an editorial photoshoot concept to reflect the content and showcase the individuals behind the technology.

The three of us have since moved on, but Tech Fancy remains one of my favorite projects.

Spreads from Tech Fancy, designed by Adriana Gallo. Printed as a tabloid newspaper.

After a few years as a full time designer in-house, I became acutely aware of the distribution of my time between hours making money and hours making work that truly meant something to me. The balance was off.

I decided that if I wanted a more favorable balance for my personal practice, I would have to go freelance. Independence has always been important to me and I can't stress enough how much happier I am with more autonomy. Finding work hasn't been a problem but I'm looking forward to finding a mix of projects that support me both financially and creatively. I would love to delve deeper into my art direction and styling skill set and make more things with friends.

Flyers for the Ace Hotel designed by Adriana Gallo.

Has it been hard to create structure as a freelancer? What’s a typical working day like for you now?

I’m very routine-oriented so I like to root myself in quiet mornings with a little time in the studio and some coffee. If I’m working from home, I’ll make sure to hop out to go read in the Brooklyn Botanic Garden (when it’s warm) or one of my favorite local cafés, Relationships. I work both in-house for companies and from home and find the unpredictability preferable to the monotony I felt working exclusively in-house. 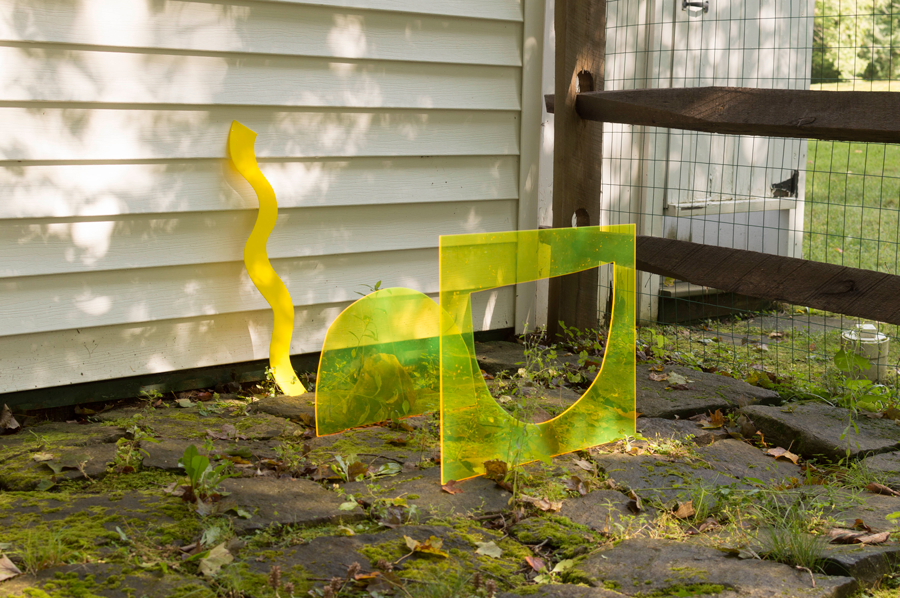 What do you like about working in New York City?

After graduating [in 2015], I and many of my fellow RISD graduates moved straight here. I couldn’t really imagine another American city to work in at the time. The density of opportunities here and the community was a massive draw. I find the longer I’m here, the smaller it feels and the more connected and rooted I am. It’s a daily challenge to live here but the nooks and crannies of the city are what make it so special.

What are some brands creating print design you find inspiring?

Monocle has always done a great job of integrating brand with publishing. The Creative Independent creates digital and print zines that explore the nature of a creative life. I also have a number of friends creating zines, art books, and other small publishing projects including Paige Mehrer, Dimitry Tetin, Lucky Risograph, Elizabeth Goodspeed, and EYESORE Magazine. 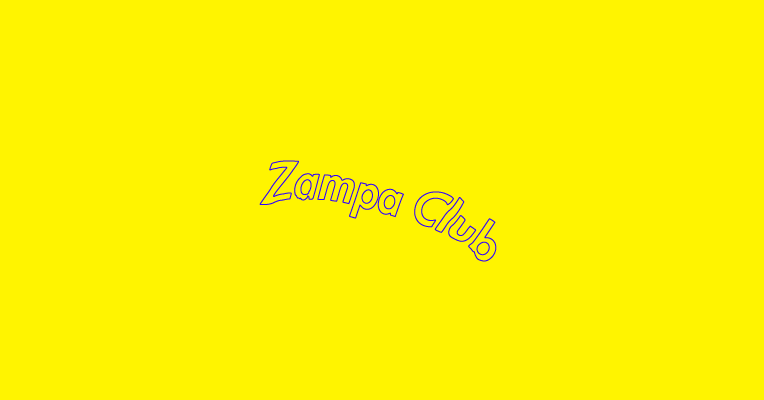 Zampa Club is a collective of artists working across disciplines, founded by Adriana Gallo and Paige Mehrer.

Is there a piece of work you’re particularly proud of from the past year?

I helped found a multidisciplinary art collective called Zampa Club with Paige Mehrer. We designed the identity to be a playful and shapeless space to match the kind of work we're making and supporting.

The first manifestation of this project was an online shop that is meant to provide a home or destination for projects that would otherwise have none. We're now working on Riso prints with Lucky Risograph and producing our first show!

WHAT'S YOUR ADVICE FOR SOMEONE JUST STARTING A CAREER IN GRAPHIC DESIGN?

There are literally no rules. Stay aware of the ways design “rules” and legacies are oppressive and limiting. 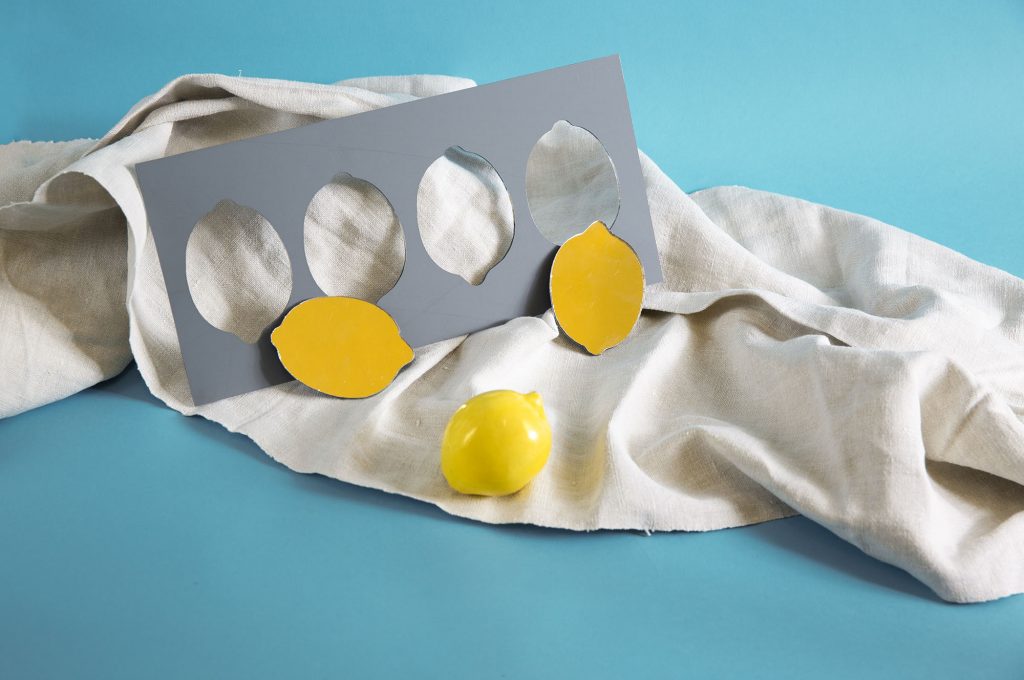 Can you tell us about something you're excited to be working on next?

In April I will be running off to Oaxaca, Mexico for a residency with Pocoapoco to continue a body of work dealing with the aesthetics of devotion and vernacular spiritual spaces.

And finally: where’s your favourite place to read a newspaper?

With a breakfast sandwich at Court Street Grocers in Brooklyn.