Highlights from the Stack Awards 2017 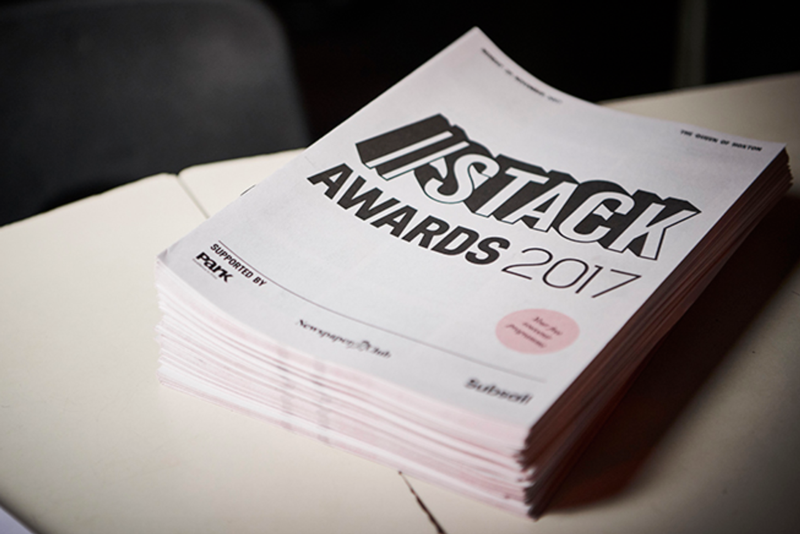 This is the second year we’ve attended and, just like last year, we left inspired. Such a wide range of enthusiasms distilled into such striking publications. It’s also a truly international event: 400 entries whittled down to a shortlist of 111 titles from 48 cities around the world. 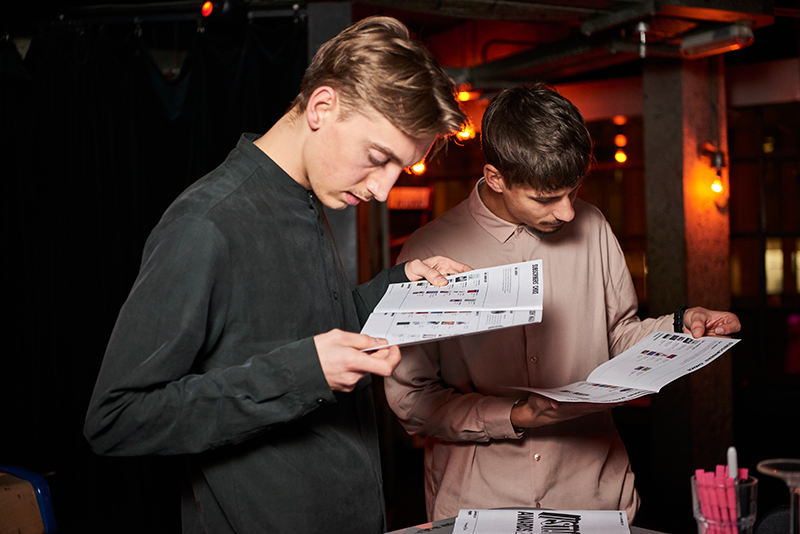 We were delighted to support the awards by printing a mini newspaper that listed nominees and had space to fill in the winners after they were announced. You could also get your picture taken in a photobooth and stick it in a box inside the back cover, creating your own personalised memento: 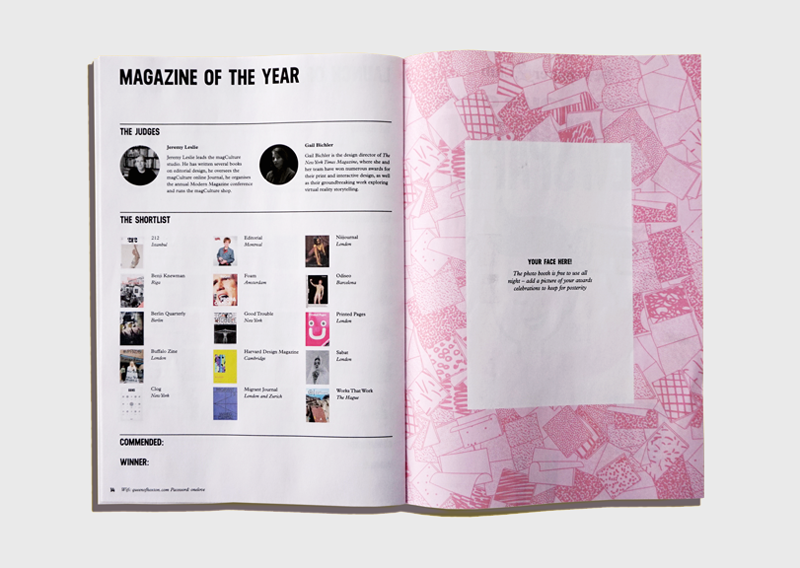 Stack, if you don’t already know, is an excellent subscription service that delivers a selection of the best independent magazines. It’s a great way to keep up with what’s going on in a medium that just keeps getting stronger and stronger.

Why are independent magazines so compelling? Creating a magazine from scratch is a clear indication that you really need to say what it is you’re saying – that you’ve carefully considered it, thought through how to present it, spent money on it. It’s a vastly bigger commitment than writing something on Medium, and it shows. 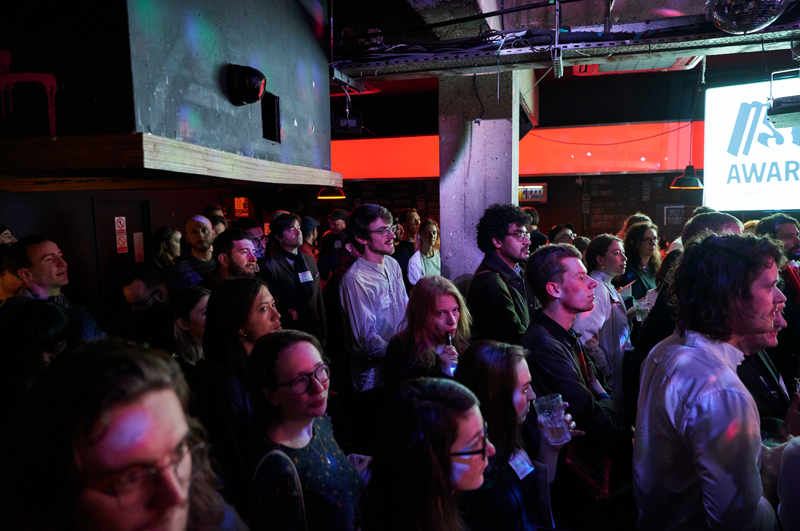 So there was a real air of celebration at Queen of Hoxton in London last night. Laughs too, not least from our compère, Stack founder Steve Watson, a one-man Ant and Dec (but from Hull). He deserves huge credit for making a vast, changing and quite complicated publishing landscape accessible and navigable via the Stack service. It’s also a great thing to bring people together. Independent magazine publishing is by definition a cottage industry and it must be nice to feel part of a bigger community once in a while. 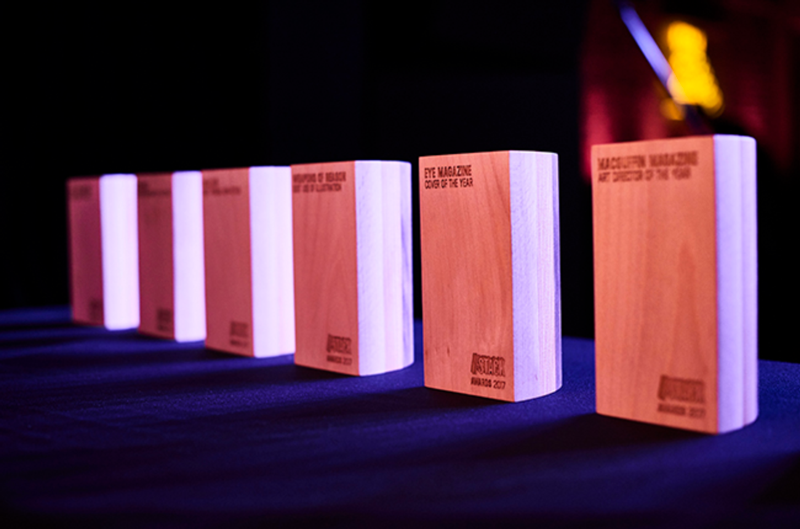 You can find all the winners and commended titles on the Stack blog. They’re all worth writing about, but here’s what struck us:

Firstly, Anxy is “a new magazine of personal narratives in mental health, filled with real perspectives, intimate stories, and astonishing art that explores our inner worlds”.

Based in Berkeley, California, it found favour with critics and readers, winning Subscribers’ Choice and Launch of the Year. “It made me see people in a different way” was one comment from the stage – quite a fundamental achievement. 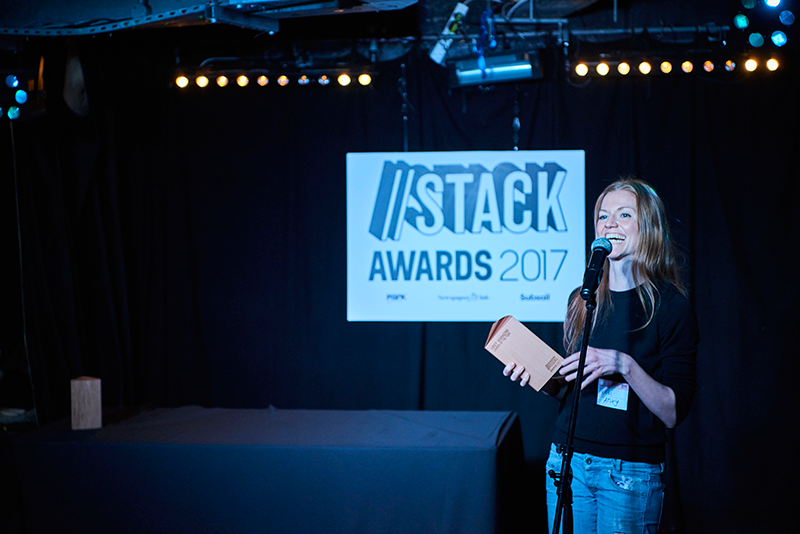 Anxy accepting the award for Launch of the Year

Magazine of the Year

The three titles that came out on top in the fiercely competitive Magazine of the Year were Migrant Journal and Good Trouble, both commended, and the winning Buffalo Zine.

Migrant Journal is a publication limited to six issues that “explores the circulation of people, goods, information, fauna and flora around the world and the transformative impact they have on space”. It’s designed to be a more lasting contribution to the subject than something published online, to sit in libraries and collections for years to come (it was also commended in Launch of the Year). 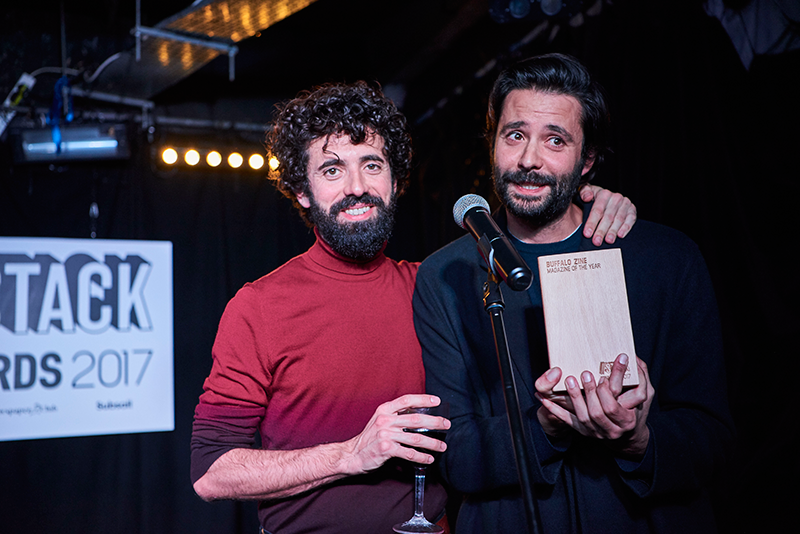 Buffalo Zine accepting the award for Magazine of the Year

Good Trouble “celebrates the culture of resistance, publishing stories from the intersection of arts and culture with politics and protest”. It lives online but wanted to make an impact in print and did so with a broadsheet that presented vivid, anarchic graphics and typography They collaborated with Richard Turley, whose fascinating covers from a few years ago succeeded in making you look twice – at least – at Bloomberg Businessweek. Unsurprisingly, they were also commended for Cover of the Year.

Buffalo Zine, the category winner, is about fashion and is clever, radical, subversive and funny. Inventive too: the logo, design and format are born and die with each issue. The founders are Spanish but the publication is resident on the Hackney Road, the winning issue being entirely set in their shabby office building and its environs (with input from Pamela Anderson). 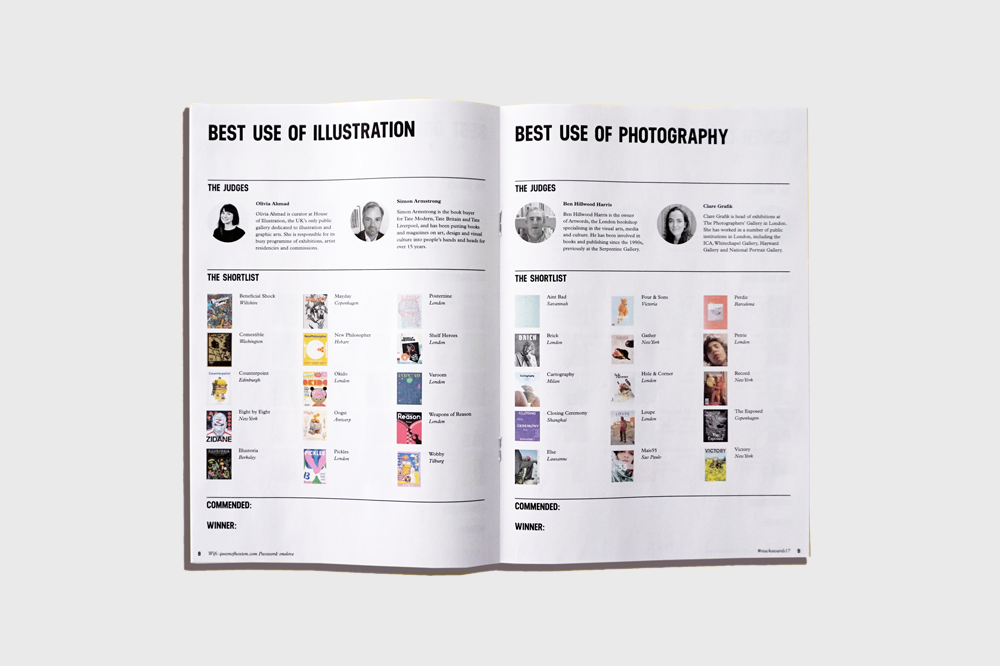 Eye Magazine, winner of Cover of the Year, printed a different numbered cover for each copy of its entire 8,000 copy run. Apart from this being an impressive use of digital printing technology, each of the covers also looked uniquely beautiful. 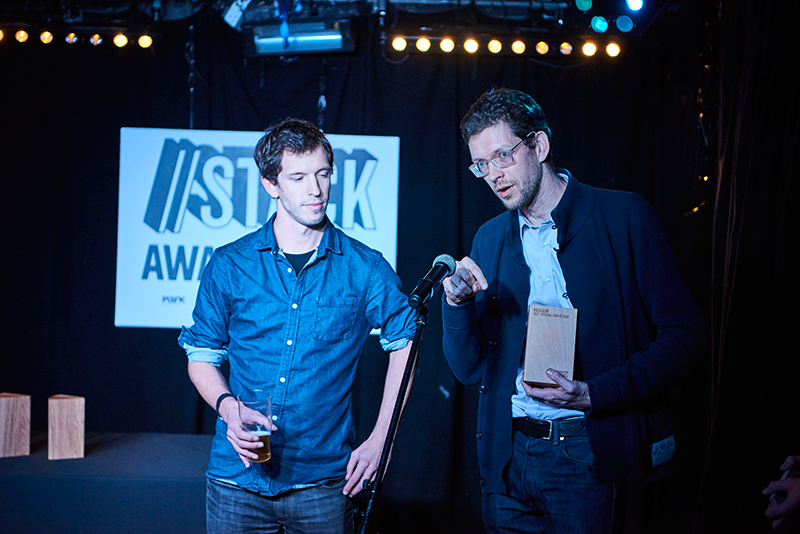 Cycling magazine Rouleur won Best Original Non-Fiction with a piece that followed immigrant professional cyclists from Syria as they set out to build new lives and cycling careers in Germany over the course of a year – and with a German coach who was sceptical of the benefits of immigration. Sounds a great story (and actually quite filmable…) 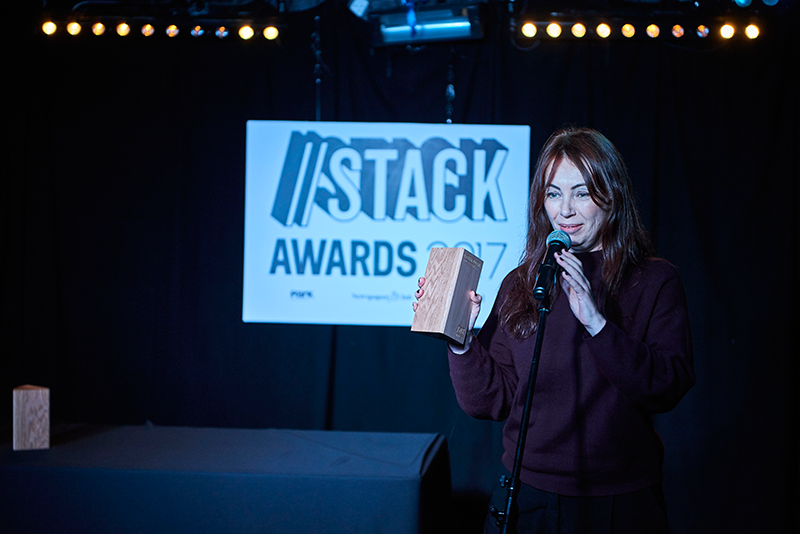 MaxGuffin accepting the award for Art Director of the Year

Finally, MacGuffin won Editor of the Year as well as Art Director of the Year. They’re obviously a talented bunch, having taken home Magazine of the Year in 2016. The magazine explores the life of things with a deep interest in design, craft and culture. Their most recent explorations focused on the sink, having taken on the bed, windows and rope.

We can't wait to see what next year's awards will bring. Until then – subscribe to Stack!

* As well as being a great and ground-breaking lexicographer, the very quotable Dr Johnson was an independent magazine editor and contributor himself: at The Idler and The Rambler.