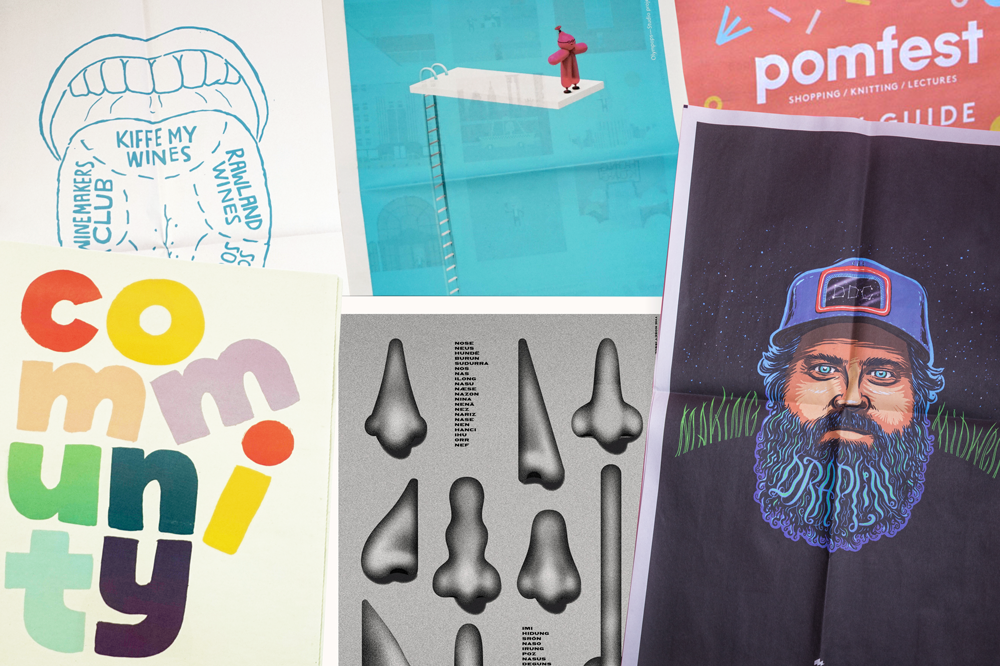 Summer has finally hit here in Glasgow – even if just for a few afternoons! – and along with it July brought us lots of bright and dreamy publications.

From a set of posters showcasing the diverse talents of YouTube's art department to a fresh batch of character work from Animade – here’s a small selection of what hit our presses this month. 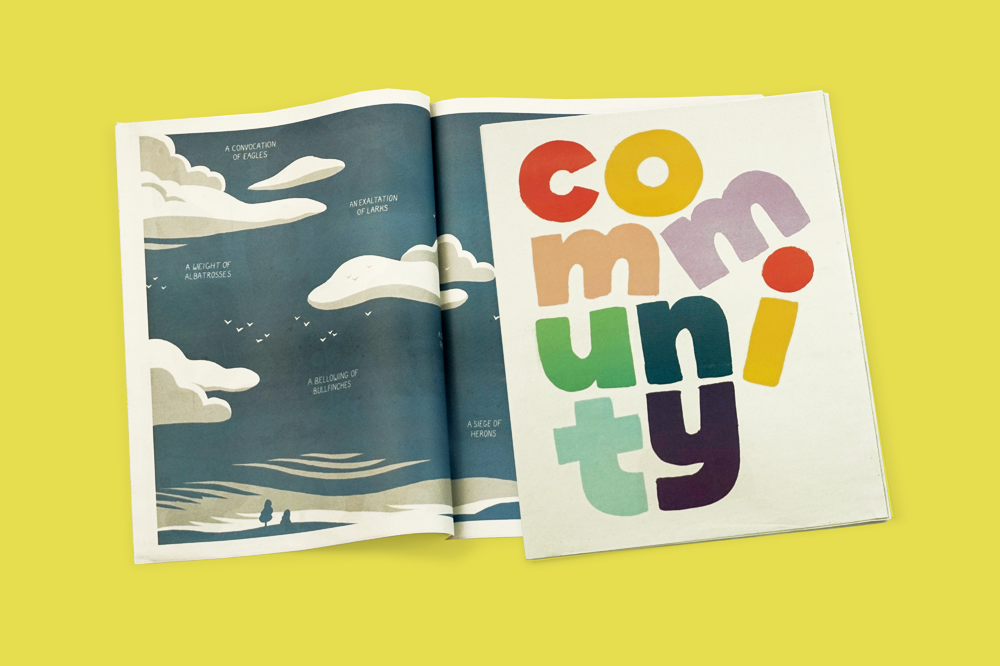 YouTube's art department is no one-trick pony: there's a diverse batch of creative talent there, including animators, illustrators, engineers, filmmakers and visual effects-ers.

To celebrate their spirit of community, the team collaborated on a set of newsprint posters. A newspaper zine was "the perfect way for us to mash all our individual styles," says illustrator Mike Dutton, who was a Google Doodler before joining YouTube. "Each spread could sing on its own, yet feel like part of a greater whole."

With such a wide range of work, they stuck to a limited color palette to keep things cohesive. It was "based on a complex algorithm," according to Dutton. "That is, we took turns blindly picking colors from a Pantone swatch book." They'll be hanging the posters up around the office later this week. 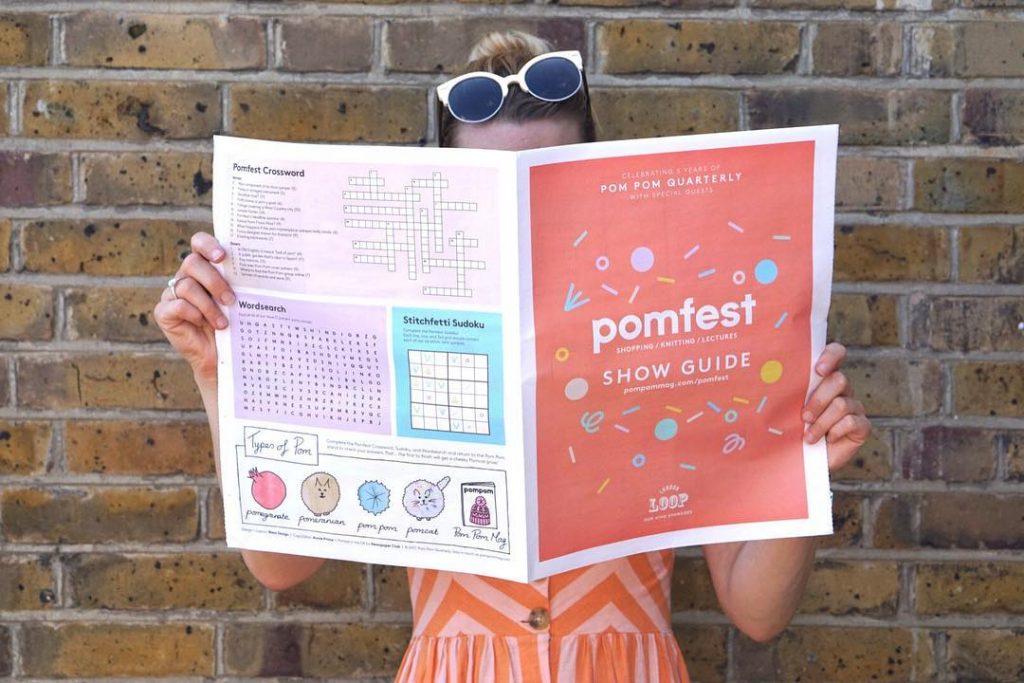 Pom Pom Quarterly just celebrated its 5th anniversary with Pomfest, a knitting festival in London. Championing all things craft the 2-day festival included a marketplace and series of lectures all rounded off with a podcast, called Pomcast.

They used their newspaper as a guide to the show, but also included elements that people could use after the weekend was over. They mapped out some great places for crafting in East London and put a knitting-themed spin on features such as horoscopes, comics and even a crossword. 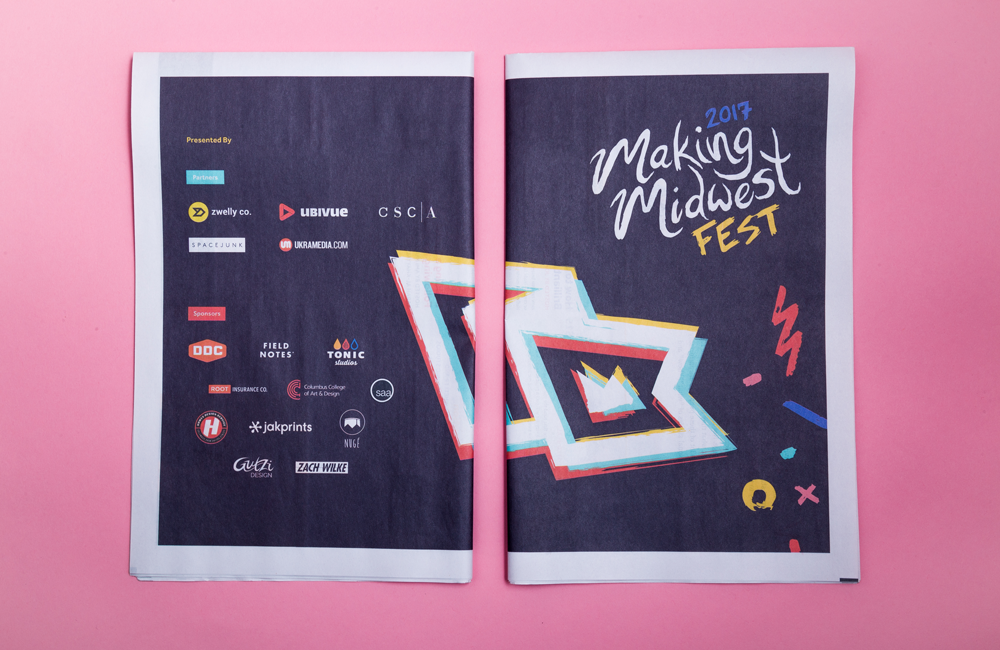 The folks behind the first annual Making Midwest Fest also used their newspaper as a programme. Designers Faith Gutzman and Zach Wilke wanted to create a stellar design that captured “the aesthetic and attitude behind Midwestern culture” so they tested and adapted the newspaper format to make it work for them.

Bonus points for thinking through how the newspaper would function in an event space: "Knowing that people would be in close proximity in the theater, we designed the program so it opens like a book to see the speaker schedule, then folds out like a full newspaper to reveal workshop details and a rad poster.”

That rad poster is pictured in the photo at the top of this post – a surreal portrait of graphic designer Aaron Draplin, who spoke at Making Midwest, by Menges Design. 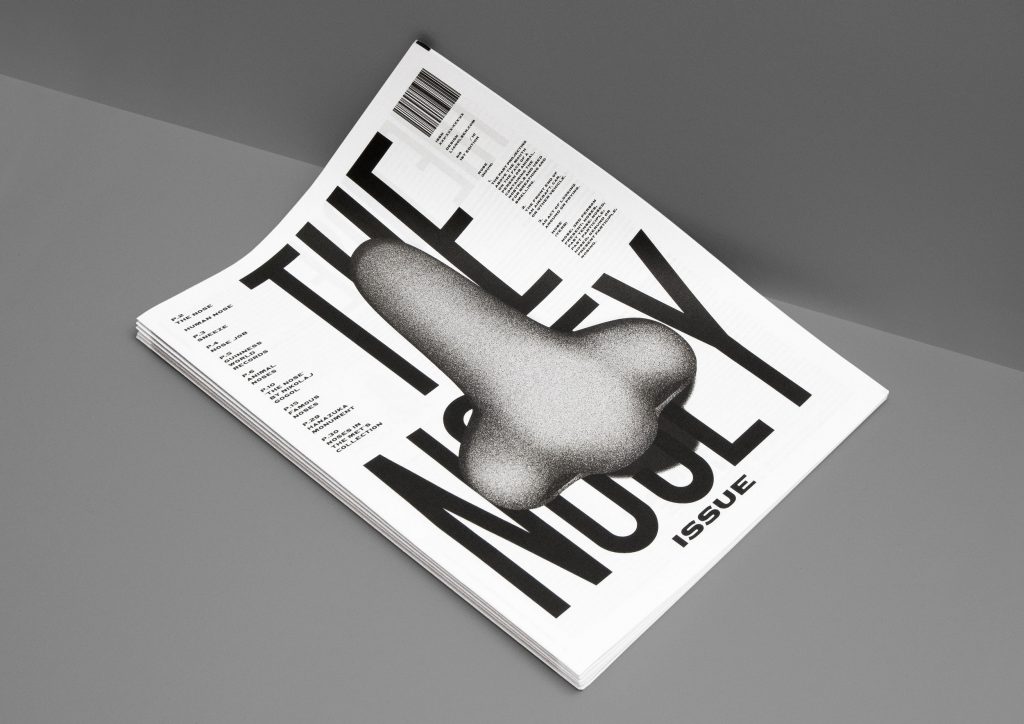 The Nosey Issue is a follow-up to a newspaper graphic designer Johanne Lian Olsen printed with us last year, The Eye of the Beholder (which was all about eyes!) This new issue focuses on noses, in all their forms.

Says Olsen: “Noses fascinate me – they come in so many different shapes! This was a way for me to test new graphic design and illustration ideas and a fun project to relax with in my spare time. Printing on newspaper feels less serious and more spontaneous.” 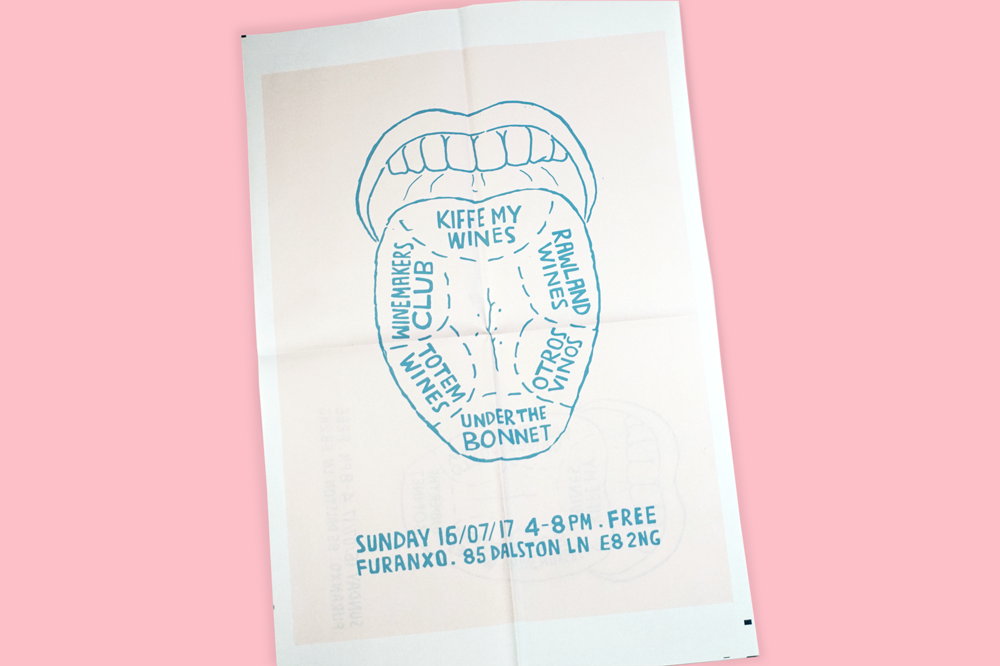 From noses to tongues – here’s a publication created for wine importers Under the Bonnet by graphic designer and illustrator Jocasta Allwood. Inspired by tongue maps, Allwood replaced the standard tasting areas with wine merchants who would be taking part in an upcoming tasting event.

Understanding that some businesses may have limited space to display posters, Allwood includes two sizes on one sheet – a double-page spread on one side and a single page on the other. Good thinking. 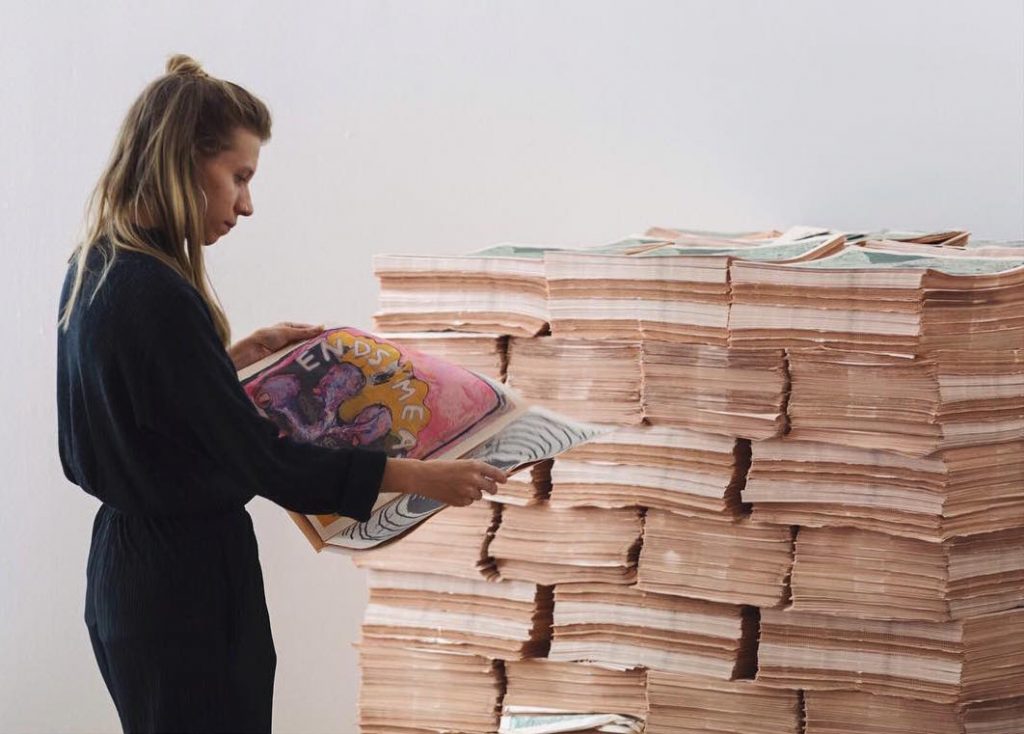 There’s something special about being part of an art exhibition. Benedict Drew chose Newspaper Club to fill London’s Whitechapel Gallery with over 20,000 (!) salmon newspapers for his latest show, The Trickle-Down Syndrome.

Drew explores the intersection of digital and physical media through five connected installations, inspired by Busby Berkley’s 1930s stage sets and the Surrealist landscapes of Max Ernst. Visitors are invited to grab a copy of the newspaper, an illustrated zine called SLUSH, to take with them as they make their way through the space.

The exhibition runs until 10 September 2017. 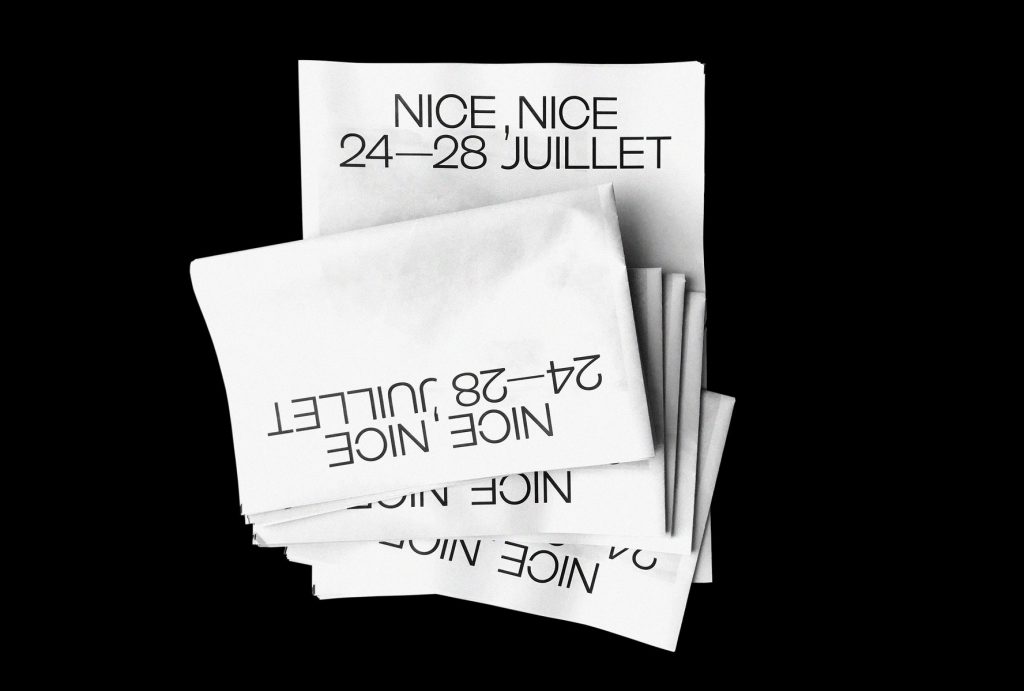 Brighton-based designer Ian Caulkett just printed his second newspaper with us – a photozine called NICE, NICE that lives up to its name. It's a collection of 35mm shots from his recent holiday in Nice, Côte d'Azur, featuring a bold, type-heavy front cover.

His first newspaper, B-SIDES, was one of It’s Nice That’s “best bits” for July last year. 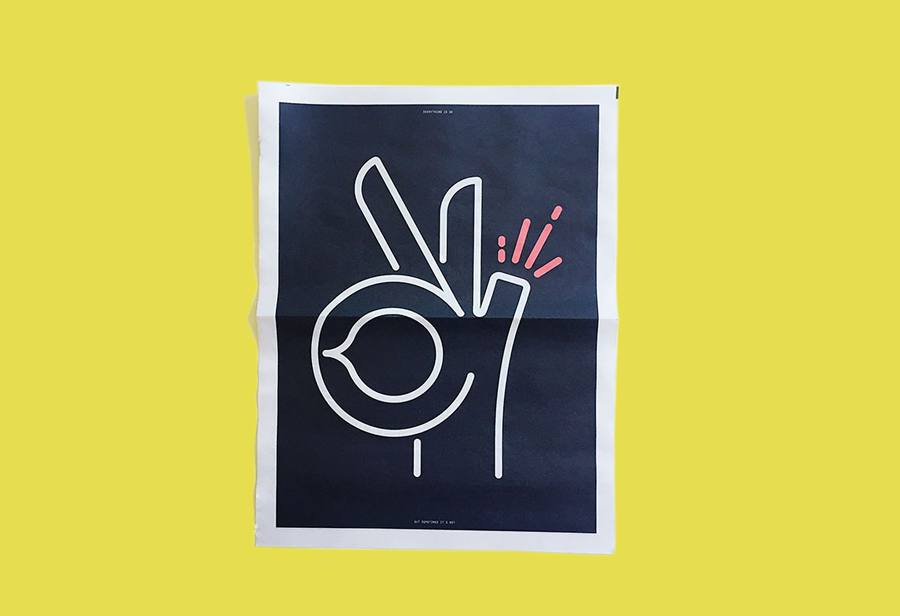 How do you commemorate almost sawing off a finger? Designer Chris Pecora turned the near disaster with his pinky into a good-humoured zine, Everything is OK.

Pecora pokes fun at his mishap with illustrations and hand-lettered slogans reading "9/10 ain't bad" and "Safety second or third." He folded a tabloid into a neat booklet, which comes with a matching enamel pin for $10 from his webshop. 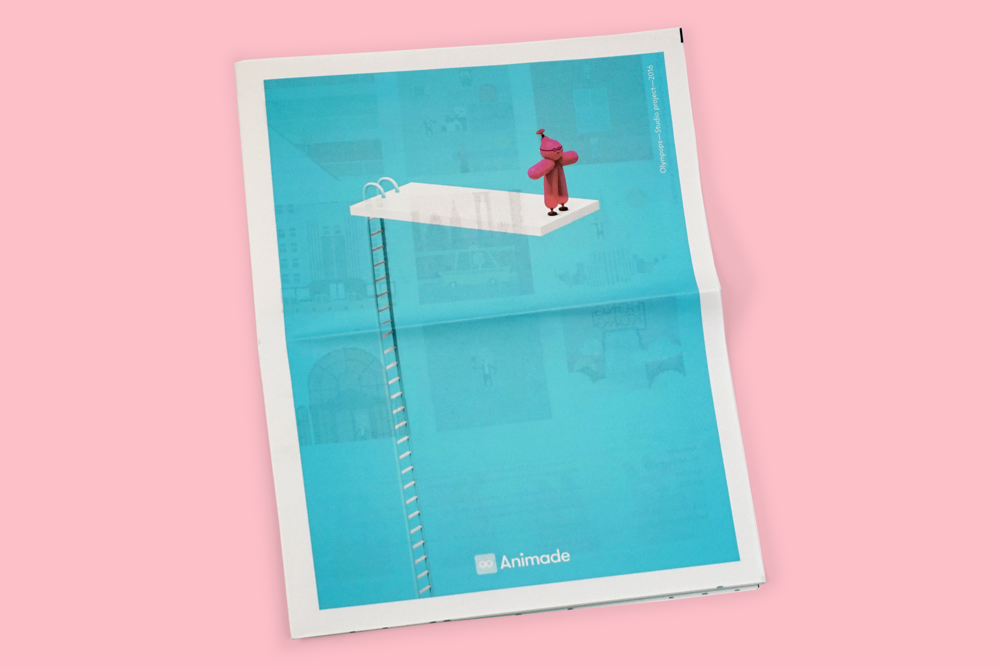 Every so often, London-based animation studio Animade publish a selection of recent characterful work in a newspaper. Filled with stills of their 2D and 3D animation work, alongside stories from behind the studio’s doors, this is the third issue they’ve put in print.

“We chose the digital tabloid format for its casual feel – something that can be browsed on desks or passed over the lunch table. When it’s filled with eye-catching designs, it feels like a nice object without being too ‘precious’.”

(Take a peek inside Animade’s charming studio in this interview with AIGA Eye on Design.)

Every month we keep our eyes peeled for the best newspapers coming from the press. The first step to getting your newspaper featured is to make one! 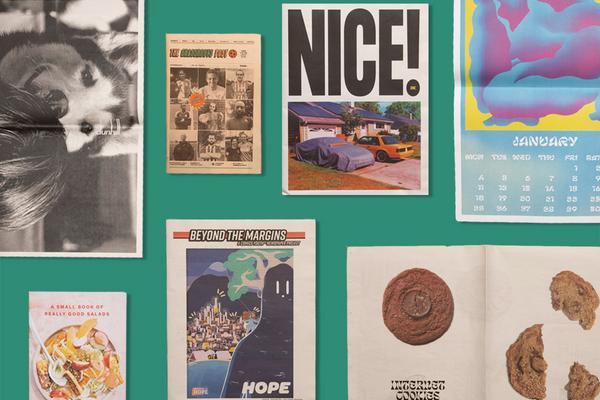 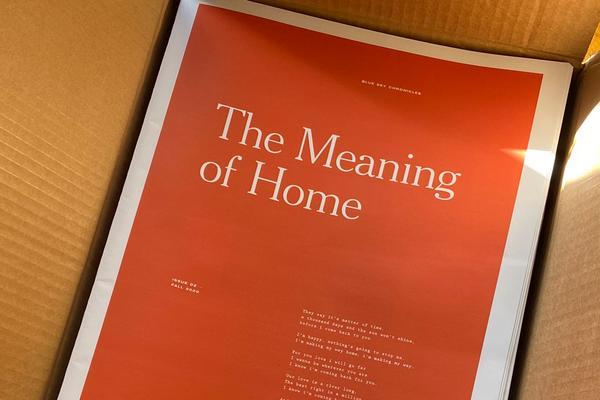 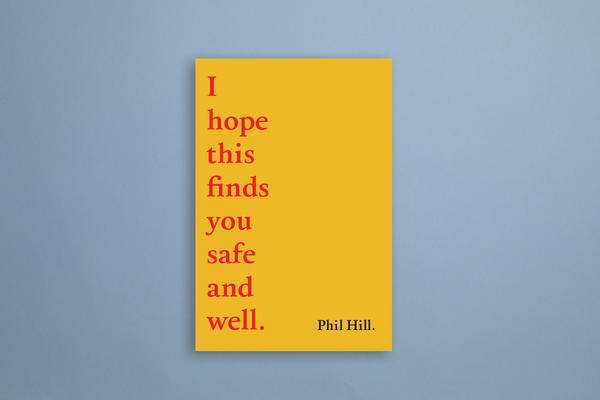