Newspaper of the Month: On the Lido 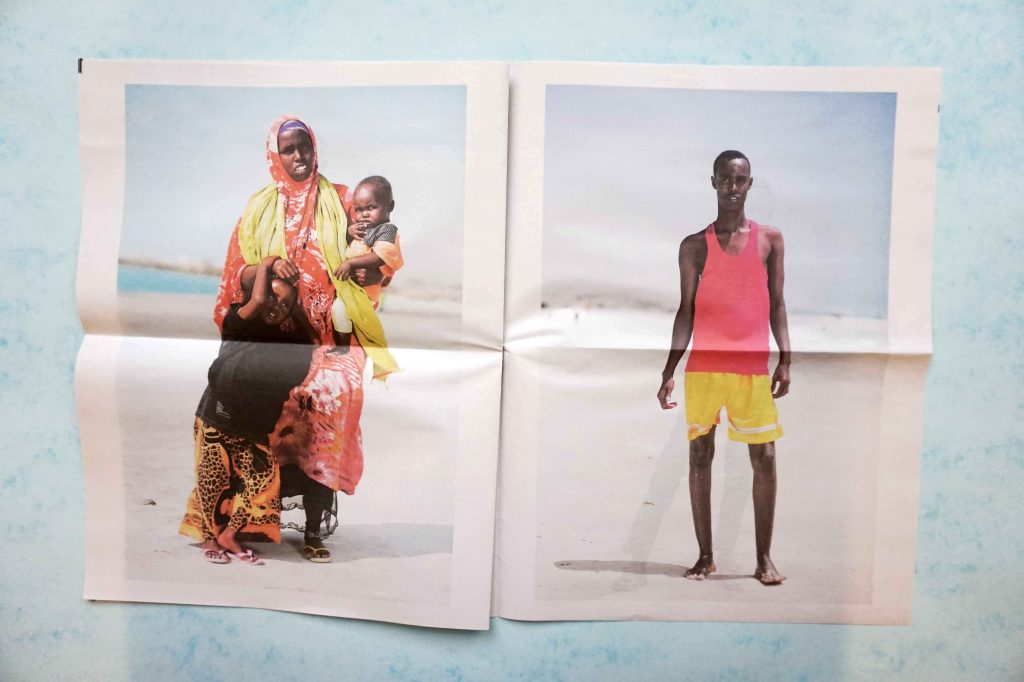 Our Newspaper of the Month for October is On the Lido, a collection of portraits by photojournalists Roopa Gogineni and Trevor Snapp taken on Lido Beach in Mogadishu, Somalia.

Having collaborated on Portrait of Mogadishu, a short film for VICE, Gogineni and Snapp chose to take portraits on Lido Beach "to counter the chronic image of Somalia as war torn, and of its people as beleaguered victims." Instead, the images in their digital tabloid capture moments of ordinary life – a family stroll, a cigarette break, a fashion statement.

Originally from West Virginia, Gogineni is now based in Nairobi and has been working in Somalia since 2011. "I have been continuously struck by the resilience of Somalis," she tells us. "Cafes, restaurants and hotels are regular targets of suicide bombs, but the day after an attack, businesses will start to rebuild. There have been multiple attacks on Lido Beach, but the crowds persist." 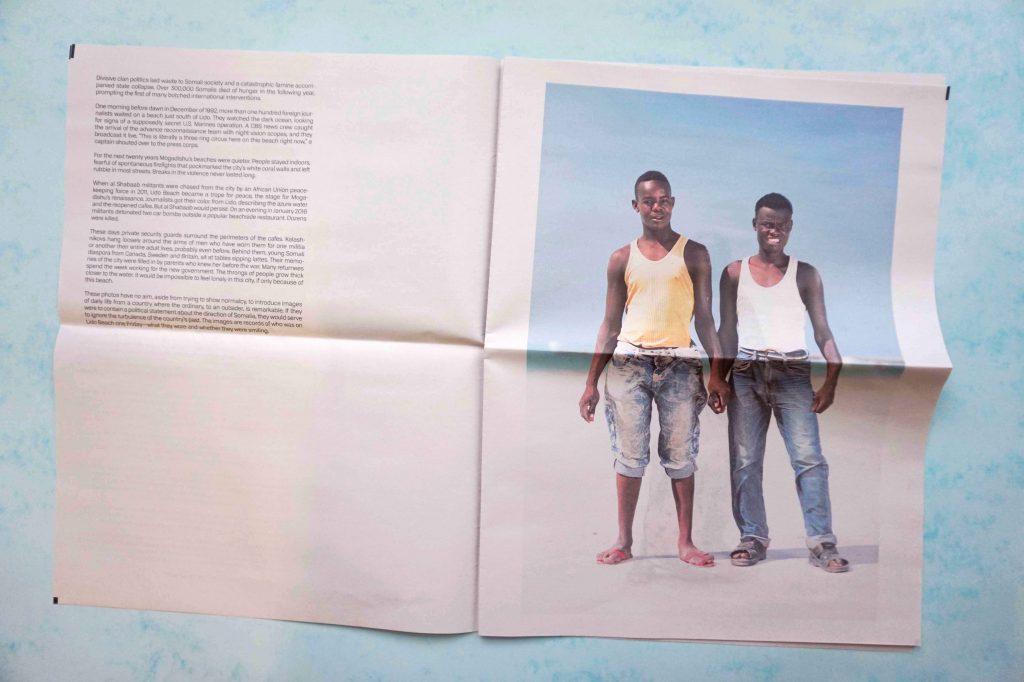 On the Lido is not a political statement – Gogineni and Snapp write that the images "have no aim" and should be seen simply as "records of who was on Lido Beach one Friday – what they wore and whether they were smiling."

While the purpose of the project was straightforward, shooting was complicated. "We set up a large flash and soon attracted dozens of spectators," Gogineni explains. "Our security team, which foreigners must hire to move around the city, fanned out around us to manage the crowd but kept stepping into the frame." 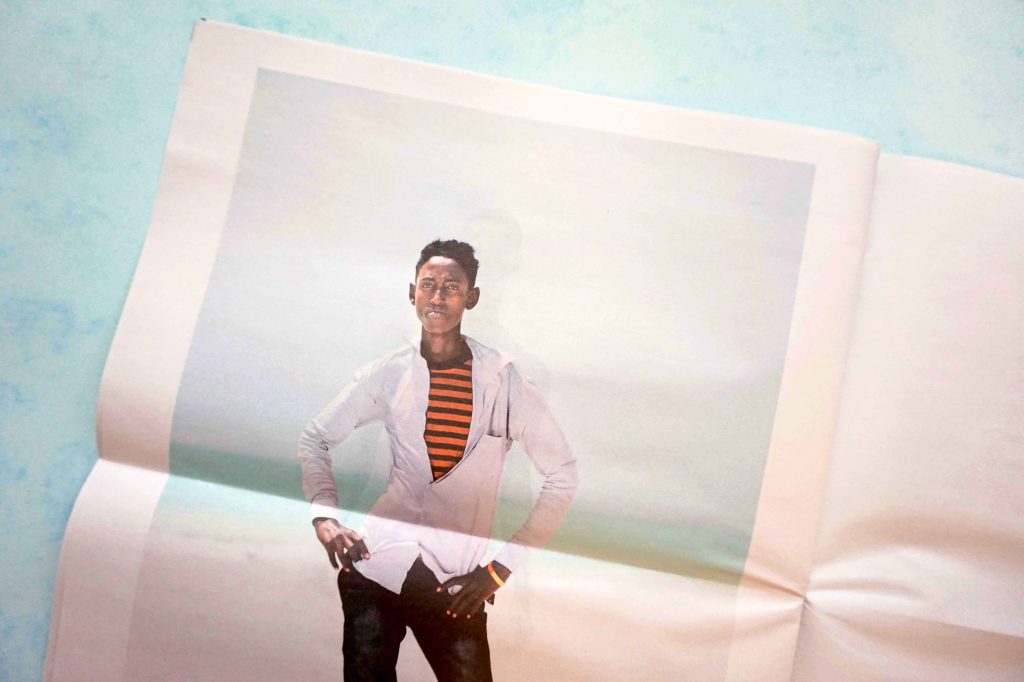 Images from On the Lido were exhibited at The Annex Gallery in Charleston, West Virginia in September. Gogineni and Snapp sold copies of their newspaper to support RISC (Reporters Instructed in Saving Colleagues), a program providing medical training to freelance journalists in conflict zones.

"Freelance photographers and journalists provide much of the coverage we see in magazines or newspapers, but have little support in the difficult contexts in which they work," says Gogineni. "RISC offers them life-saving first aid training. Both Trevor and I completed the RISC course." 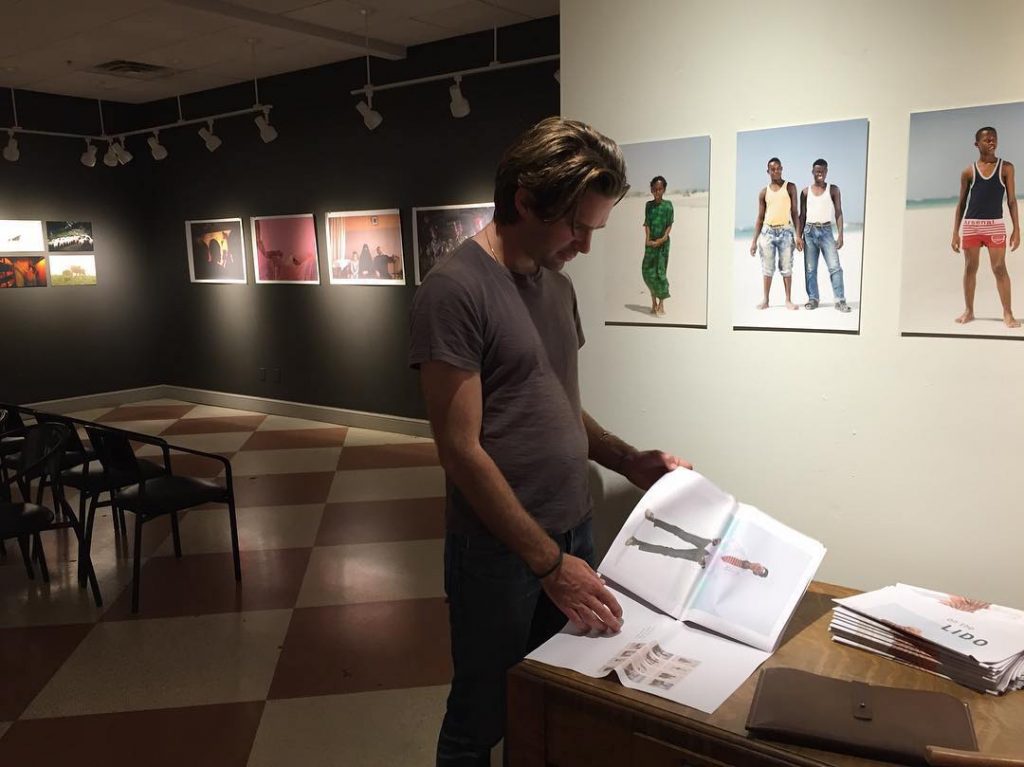 On the Lido exhibition at The Annex Gallery in Charleston, West Virginia in September 2016

Gogineni and Snapp continue to raise money for RISC through The Newsagent – On the Lido is available now for £15 (including UK delivery).