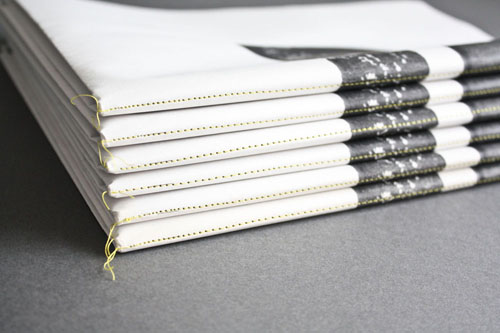 This is a newspaper called The Dab Hand, designed by Amy McArthur, a final year Design for Visual Communication student at the University of Ulster, Belfast. As well as being beautifully designed it's been hand-stitched to tear into two parts. We asked Amy to tell us a bit more about it: 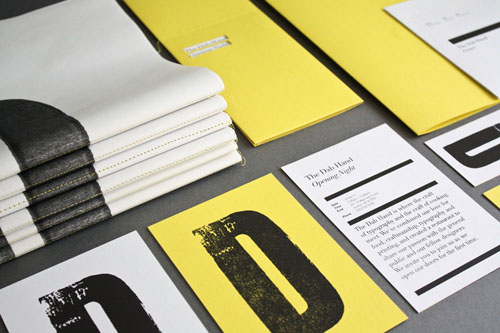 The brief was to create a concept for the branding of a typographically themed restaurant. I decided to focus on early typography–the era of moveable type, compositors and printing workshops. 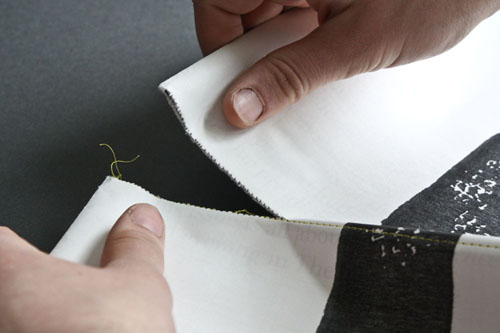 ‘The Dab Hand’ has the obvious meaning of someone highly skilled in a certain area; an expert. The name connotes quality and a commitment to excellence however it also contains a reference to type as it is said to originate from the early years of printing presses. The man who applied the ink to the wooden or metal type used an instrument known as a ‘dab’ and became known as ‘The Dab Hand’.

From my research emerged many similarities between food and early type—the craftsmanship, the process of perfecting and refining, the design element involved, the tactile nature of them both, the passion of those who are engaged in them and the language used to describe both food and type. I wanted to emphasise this relationship and establish ‘The Dab Hand’ as the place where the craft of cooking and the craft of typography converge. 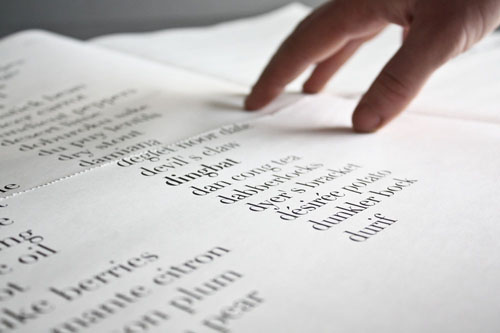 I produced a menu that doubles up as a promotional publication for the restaurant, providing diners with something to peruse while waiting on their meal. It is printed on newsprint, as this is what was most commonly printed in the early days of printing. It is large format in order to increase its visual impact and maximise how the reader engages with it.

Printed black on white, it references the ‘Pica’— the first English book to be printed in York, which was named after a magpie because of its colour scheme. Throughout the newspaper I have highlighted words that have meanings both in the sphere of cooking and also in the sphere of typography.

Cooking and early ‘hot type’ are both hands-on activities and so I wanted to engage the audience and design an experiential publication. Firstly by having the reader tear into the newspaper, almost like the preparation of food, and then by appealing to them through their senses—taste, touch, sight, hearing and smell through the content. The stitching was done on a standard sewing machine and took plenty of practice!

Lovely work Amy! Thank you for printing with us.