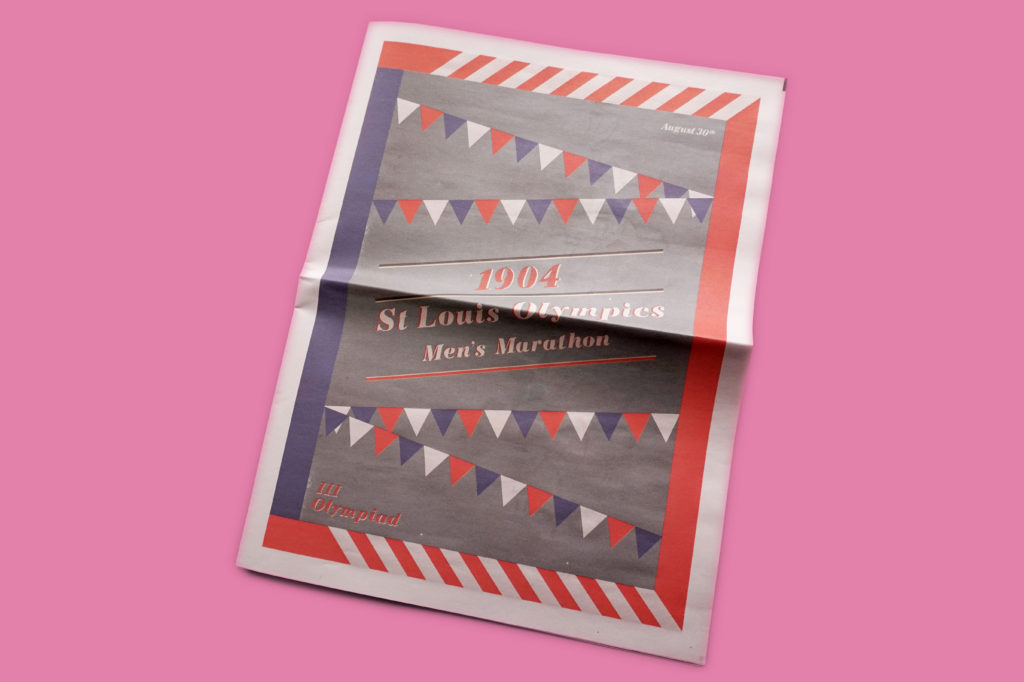 In August 1904, the first Olympic Games outside of Europe took place in St. Louis, Missouri. This historic Games is perhaps best remembered for its scandalous marathon, which was marked by a series of bizarre events.

For example, a former mailman from Cuba who, the Smithsonian writes, arrived at the starting line "in a white, long-sleeved shirt, long, dark pants, a beret and a pair of street shoes. One fellow Olympian took pity, found a pair of scissors and cut [his] trousers at the knee." And it only got stranger from there. 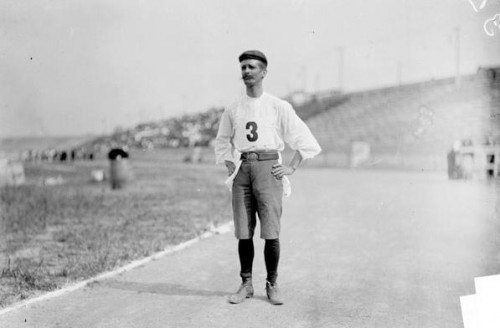 Illustrator Jen Leem-Bruggen presents surreal scenes from the marathon in a digital tabloid she printed last year. With a lighthearted touch she depicts runners chased off course by wild dogs, poisoned by rotten apples and, finally, carried over the finish line (following a disabling dose of rat poison and egg whites). What a race! 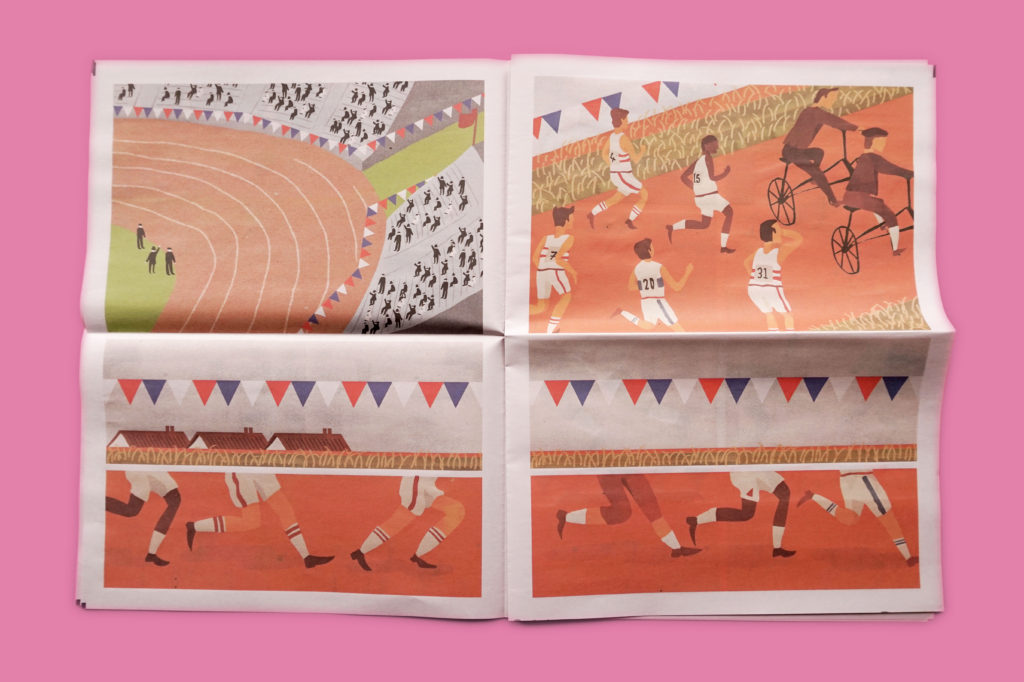 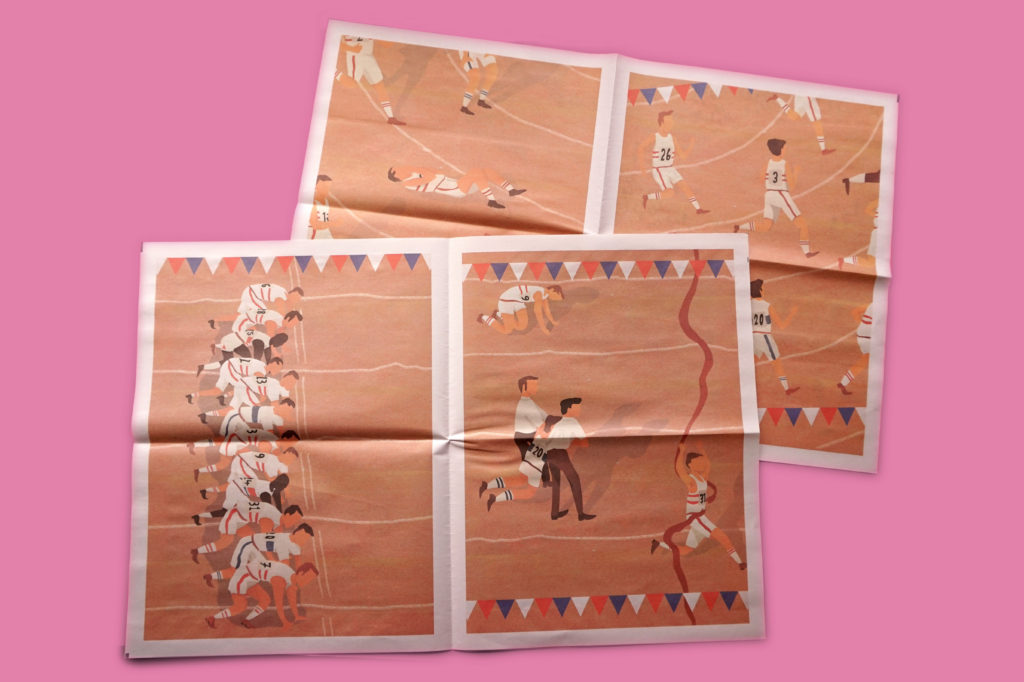 Leem-Bruggen included the newspaper in her graduate show at the University of Hertfordshire in 2015. It looked great spread out alongside the rest of her degree work, including charming studies of temptation. 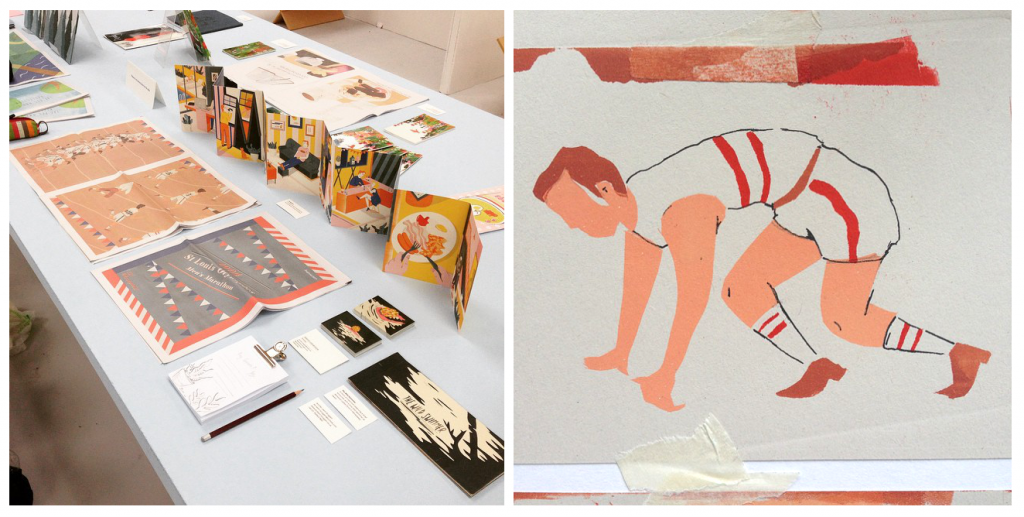 You'd be remiss not to be keeping up with this excellent illustrator on Instagram. Thanks for printing with us!

Learn more about our digital tabloid newspapers. Our most popular product, great for everything from weddings to portfolios to posters. They're easy to try out, with print runs starting at just one copy. 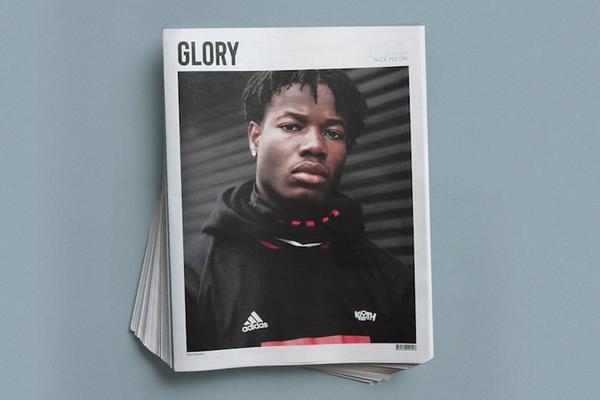 How to use your portfolio as a "conversation starter"

“Most work online is only viewed for a few seconds. I want people to engage with my images and digest each one.” With his Glory...